Some women never fade under the erosion of time, especially when nurtured by poetry and art.

For lovers of Chinese contemporary art and modern poetry, Zhai Yongming, a poet, author, and founder of the renowned White Night cultural salon in Chengdu, is a legend in the eyes of many.

“Theater of Time: Zhai Yongming’s Words and Photographs,” is the first presentation of the writing and photography of Zhai — one of China’s most important contemporary poets — through an array of manuscripts, photographs, videos and publications.

Currently running at the Pearl Art Museum/ Center of Light Space, the exhibition is also a special event for the 2020 Shanghai International Poetry Festival. 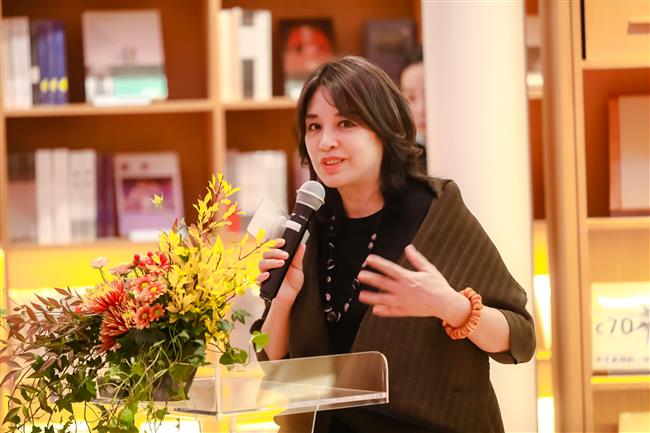 Born in Chengdu in 1955, Zhai published her first poems in 1981 and later published “Women” in 1984, which was well received in the literary community.

In 1998, she founded White Night, where young artists, poets and intellectuals gathered, some of whom went on to become famous.

The portrait of Zhai’s young, beautiful face is featured in a well-known canvas titled “Xiao Zhai” by He Duoling, her ex-husband, one of the top oil painters in China.

“With their profound, sensitive and keen tones, Zhai’s poems always inspire an internal response from readers,” said her fellow poet Zhong Ming. “Reading these sensitive and exciting lines of poetry is like finding yourself in a modern dance theater surrounded by rhythms.”

Zhai’s writing is elegant, lucid and full of tension. In 2012, she won the Ceppo Pistoia International Literary Prize and the Poetry Translation Prize at the 31st Annual Northern California Book Awards.

Her collection of poetry and essays — including “Women” and “In the End I Came up Short” — has been translated into English, French, Dutch, Italian, Spanish and German.

In addition to literature, Zhai is also interested in photography, film, theater, dance and architecture. She has explored these different mediums for many years, especially photography.

“Monologue,” a photograph exhibited on the egg-shaped exterior wall of the Center of Light Space, depicts people she has encountered during her travels, paired with lines from her poem of the same name.

“Frida,” displayed at the front of the center, is her tribute to Mexican artist Frida Khalo.

“Portraits” is a series where she focuses on authors and artists — including Marina Abramovic and Bei Dao — in their everyday life not often seen.

The exhibition shines a spotlight on a six-meter-long photo scroll titled “Among Close Friends” that hangs in the rear portion of the hall and takes its name from a poem by modern poet Han Dong. The photo montage offers viewers a private snapshot of China’s most important writers, poets and artists. Zhai collaged their pictures and printed them on a roll of film similar to rice paper.

“This playful, spontaneously captured work is related to the ideas of real memories and private narration,” Zhai said. “In fact, I believe it is another form of literary expression, which could be considered ‘literati photography’.”

The film “What Happened at White Night” condenses memories from the cultural salon since 1998. It also examines how influential Chinese poets, writers and artists have lived and worked over the past two decades.

“Because of White Night, I have had richer life experiences,” Zhai said. “I expanded and extended my writing, in familiar and unfamiliar ways. The cultural salon has enabled me to live to be another person.” 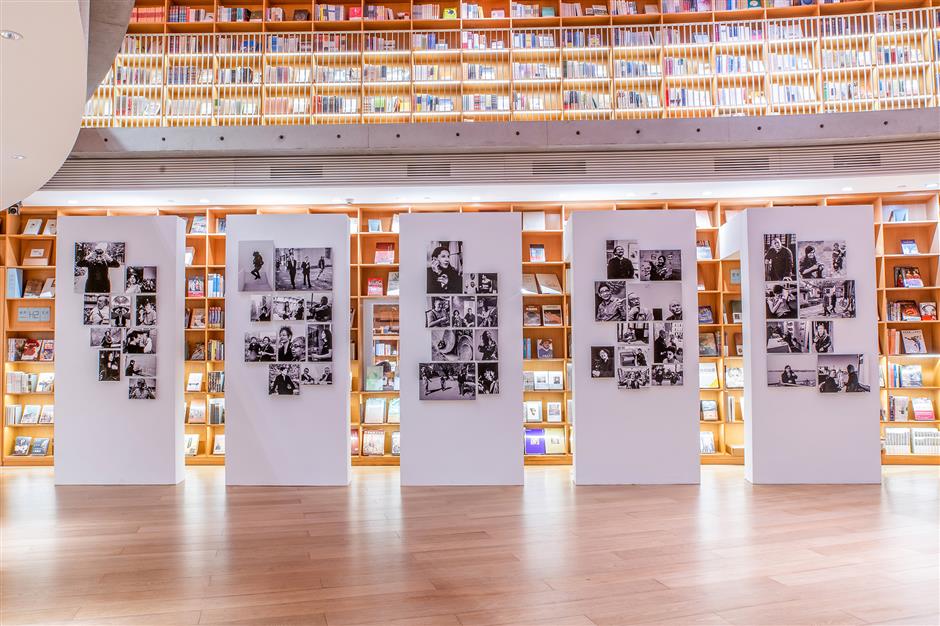 The “Portraits” series by Zhai Yongming focuses on authors and artists in their everyday life not often seen.