A rare 19-meter-long sutra, a scroll of "Zhaocheng Jinzang," a copy of the first woodcut version of Tripitaka "Kaibaozang" in the Song Dynasty (960-1279), is on display at Shanghai Library.

The scrolls were discovered in Guangsheng Temple in Zhaocheng, Shanxi Province, in 1933, and later named after the place.

In 1942, the Japanese sought to grab the sutra scrolls in Zhaocheng, but they were saved by Chinese guerrillas and moved outside the temple during the war of resistance against Japanese aggression.

“'Zhaocheng Jinzang' is not only a national treasure, but a World Cultural Heritage as well,” said Xie Xiaodong, curator of the exhibition. “Today the National Library of China keeps nearly 4,800 scrolls, and Shanghai Library has 12 scrolls.”

Zhou Deming, vice director of Shanghai Library, said this was a rare opportunity for the public to see the precious relic, a culmination of cultural, historical and document values.

The exhibition ends on Thursday. 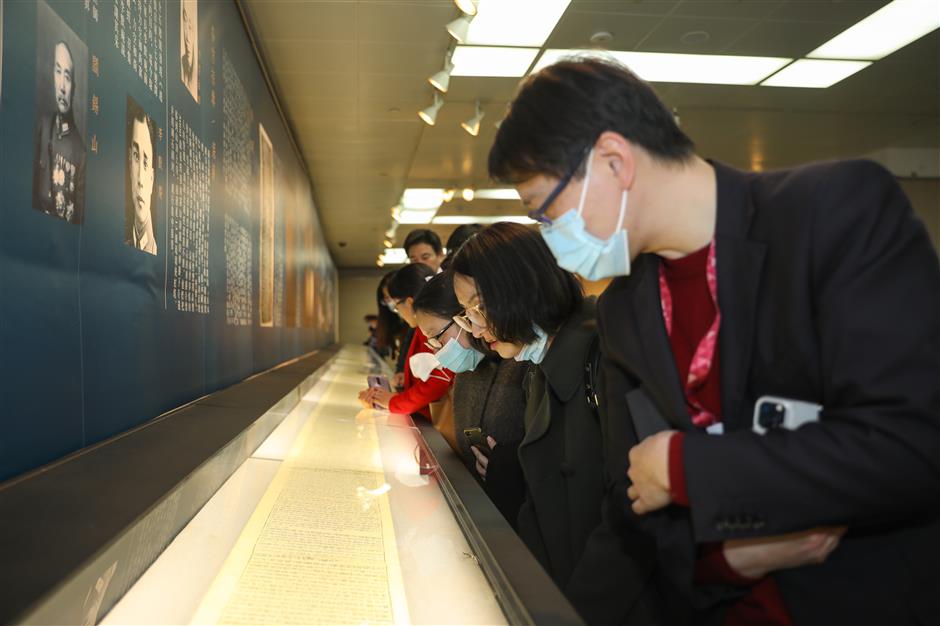