“Two Sights to Tide,” a joint exhibition featuring 50 ink-wash paintings, created by Fan Cungang and Tang Zheming, is currently on display at the Bund 18 Jiushi Art Gallery through April 18.

Fan and Tang are considered to be two of the best ink-wash artists in Beijing and Shanghai, and this exhibition best reflects the connection and difference of the art nurtured in two of the nation’s biggest cities.

Fan, an advocate of implicative traditional Chinese painting, is known for his uncontrolled, spontaneous brushstrokes in the depiction of flowers, birds, vines and animals.

The seemingly careless brushwork, the interesting shapes of objects and the clever layouts of poems, calligraphy, painting and printing all point to the literati spirit of writing.

Fan’s work is heavily influenced by the Beijing School and his teacher, Wu Yueshi, who was a follower of Qi Baishi (1864-1957).

“In other words, the Shanghai School and Beijing School have mutual influences over each other.”

The Shanghai School of artists all share a common cultural spirit and this concept points to an eclectic artistic interest and an open spirit of seeking new ideas.

Tang Zheming, one of the top landscape painters, is good at putting the essence of the Shanghai School on the rice paper.

An ardent lover of traditional landscape painting, especially from the Northern Song Dynasty (960-1127), Tang has engaged in copying masterpieces for 30 years.

He burst onto the art scene in 2010 thanks to his ink-wash paintings that bear strong similarity to Song Dynasty masterpieces.

To trace the aesthetic spirit of the Song Dynasty with his brushwork, he polishes his technique and mood with great determination to capture the era’s exquisite technique of “stressing the literati’s life interest and spiritual integrity” to the leisurely world.

Rather than fully copying the past, Tang also fuses something new both in the composition and the colors under his brushstrokes to render a modern aesthetic taste in his paintings. 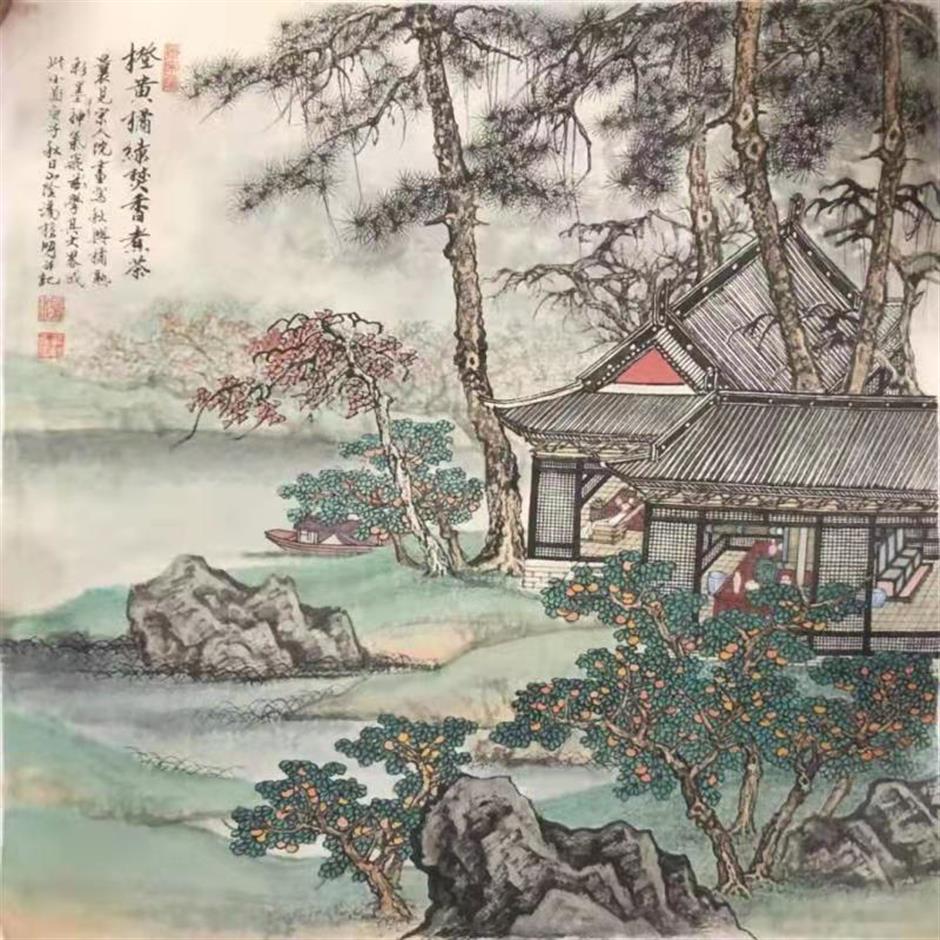