Me, myself and I: showcasing the power of women

All art has educational aspects. The exhibition at the city’s Himalayas Museum, “Impersonating Myself / Becoming Myself,” which aims to showcase the power of women, features more than 40 photographic and video works of 22 women artist from China and Israel.

“I chose artists who care about issues that relate to the feminine identity: preserving life, keeping harmony with nature, impersonating themselves as a means to realize dreams and achieve the full human potential of women,” said curator Shoshan Brosh-Levitt. The 70-year-old has been working with Chinese researcher Zhang Fang on this exhibition for the past four years.

Every work in the exhibition takes us to a different human and historical sector, or a social and mental realm, in which women live intensively. "It is interesting that similarity rules over most of the exhibits. Both Chinese and Israeli artists go deep and strong into themselves," said Brosh-Levitt. 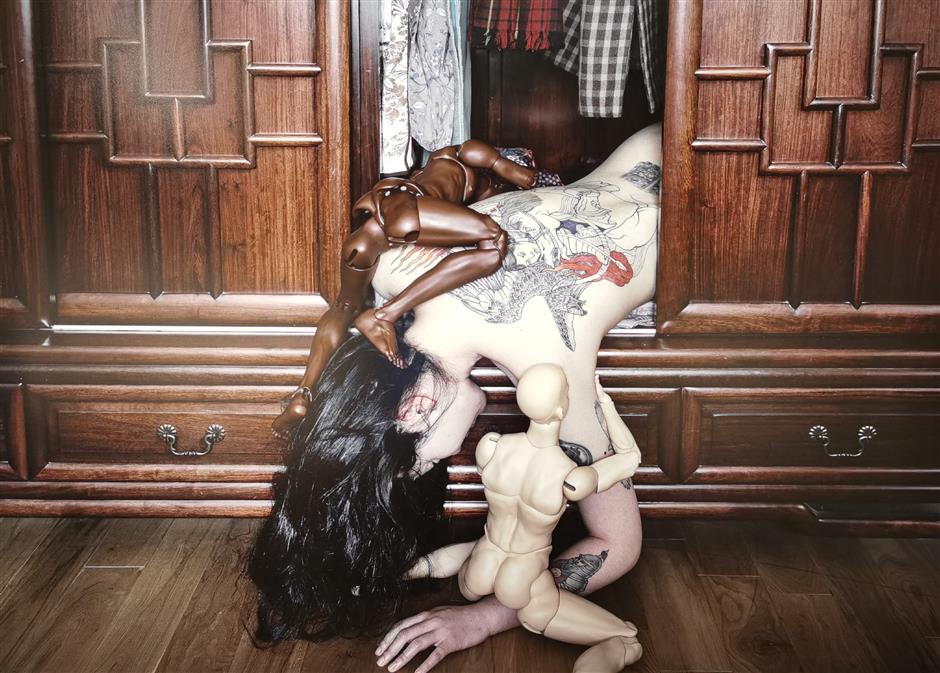 Qian Ruya's "What You Collect Is Part of Yourself," still from video 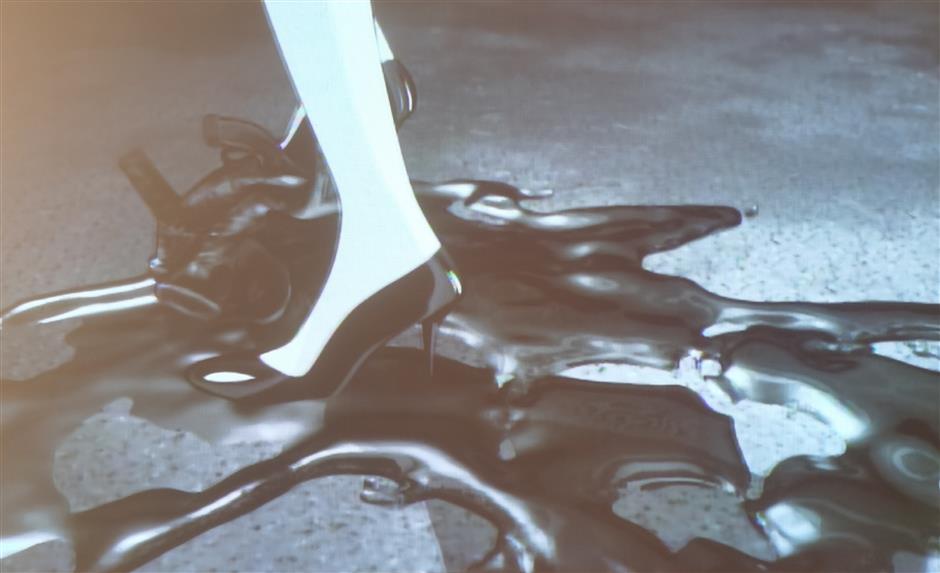 Chinese artist Qian Ruya challenges the Gordian knot between women and dolls in her series “What You Collect Is Part of Yourself.”

Director Liu Qianyi is seen stamping on a heart, wearing her high-heel shoes — a symbol of women — in her black-and-white film titled “Ten Lai Lai,” a term from “I Ching” (The Book of Changes), in which she seeks to find strength and meaning of her life.

While Israeli artists Tal Shochat and Alex Kurbatov take photos to challenge the status of women as immigrants, Chinese artists Xing Danwen and Wen Hui shoot videos to deal with the connection, demands and inter-generational gaps between mothers and their daughters.

“Listen to My Third Grandma’s Stories” is an interview between artist Wen and her great-aunt who had experienced the turbulent decades of social movements after 1949.

Meanwhile, Israeli artist Michal Heiman goes even further. She traces back to a woman who lived in London in an asylum for mentally ill women in 1855, and decides to create a new community of people who protect her and give her an alternative life. 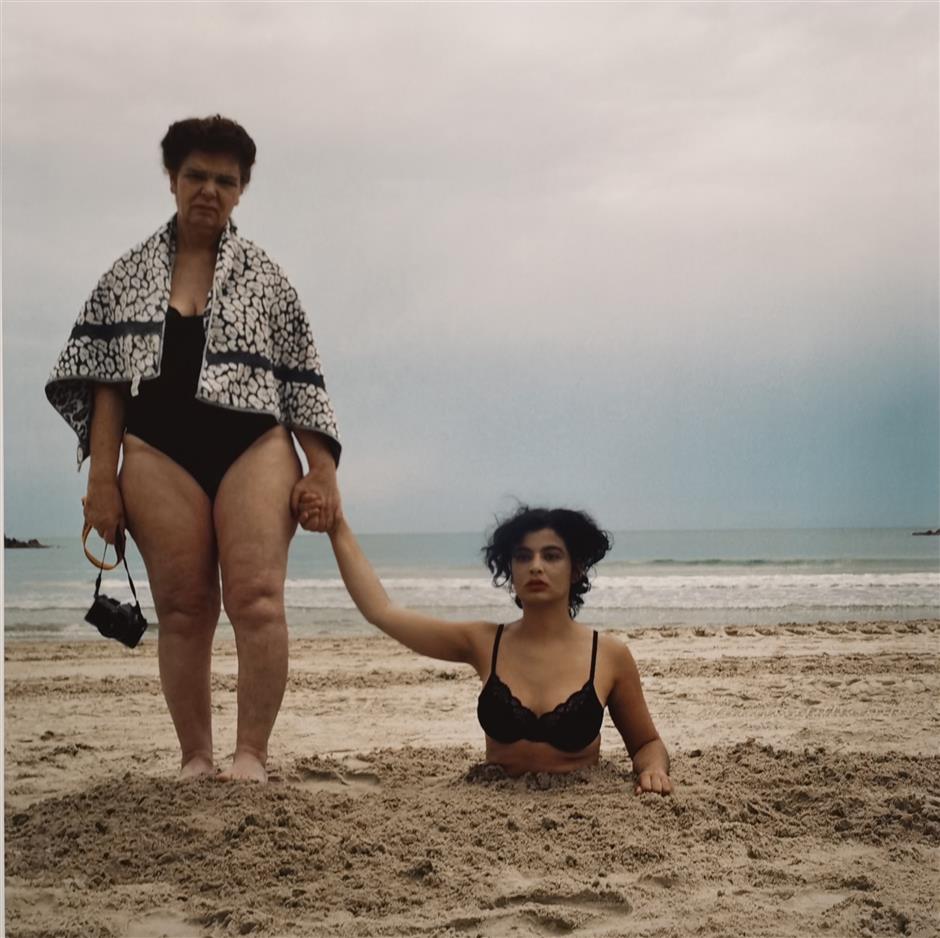 Tal Shochat's "Me and Mother at the Beach," C-print 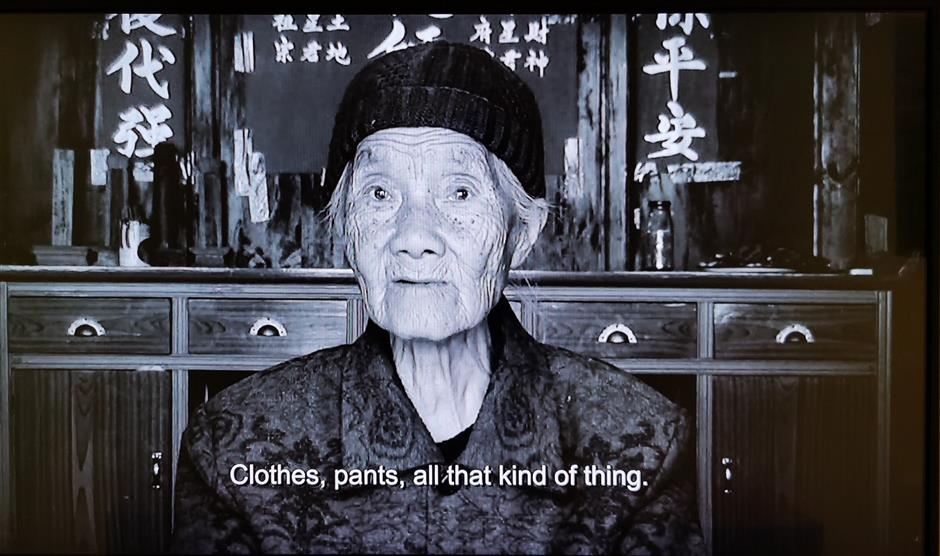 Wu Dandan and Hu Jiayi look differently at women’s consumer culture and urbanization process; Noa Yekutieli and Raida Adon question the conventions of the connection between a woman and a home.

In Keren Gueller’s video “I Know What You Threw Away Last Month,” a woman and a man throw objects at each other in a playful and amused manner. The woman throws a certain object, but the man grabs another, and vice versa — when the man throws at the woman something, she perceives it as something else. The metaphorical aspect of their relationship is tragi-comic and absurd, which all couples, more or less, can relate to.

“Those are very powerful images,” said a woman visitor to the show on the opening day, “from which I see the roles in me as a daughter, a wife, a mother, and more importantly as a changing force in social development and human civilization.”

﻿
Special Reports
﻿
61829
,
Me, myself and I: showcasing the power of women
Ancient temple comes to life with annual qiushu bloom
It should be man with nature, not man versus nature
A vision to make public art truly public
Buzzword: 御三家 "gosanke" the big three, a triumvirate
Mighty war horses and stolen sculptures
Dual artistry of operatic, symphonic works
In popular ancient story, love triumphs
Blurred visions and new juxtaposed against old
Hermit artist shares his 'quiet fervency'
EXPLORE SHINE