"Recalling Jiangnan in Three Lifetimes of Rebirth" is the title of an exhibition featuring more than 76 artworks created by 21 artists at the Suzhou Chinese Painting Academy.

As an exchange event between Suzhou and Shanghai, the exhibition is running through to Monday at the Shanghai Chinese Painting Academy.

Jiangnan, the region south of the lower reaches of the Yangtze River, has provided Chinese artists with poetic inspiration for centuries. And it still does for modern artists, who continue to seek catharsis and motivation from the river's enchanting stretches.

The Shanghai Chinese Painting Academy, also founded in 1960, is famous for attracting top painters and calligraphers over the past decades.

Last month, an exhibition featuring paintings and calligraphy works created by a group of artists at the Shanghai academy was held at Suzhou Art Museum.

Because of the two cities' geographic locations, either Suzhou or Shanghai composes an indispensable part of Jiangnan culture.

"Suzhou artists are more traditional and show a strong respect toward traditional culture through a more reserved expression mode, while Shanghai artists are more equipped with a sense of personality and endeavor to build up their own art language and style," said Chen Xiang, vice director of the Shanghai Chinese Painting Academy. 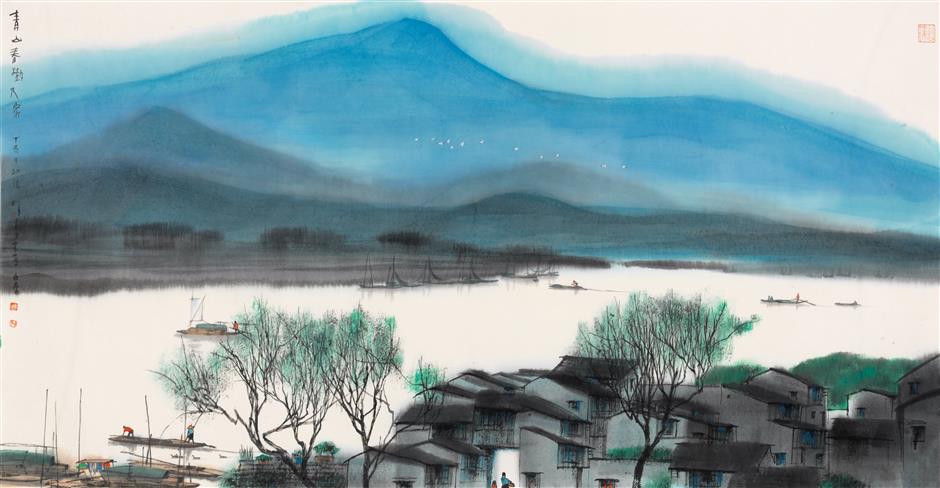 Yang Mingyi's "Home inside the Landscape"