Dazzling array of Chinese artworks to be auctioned off

A cluster of 800 artworks will go under hammer during the Shanghai Council Spring Auction at Shanghai Grand Theater on Thursday.

Included in this section is "Beauty Out from Water," created by Zhang in the 1930s. Born into a family of artists in Neijiang, Sichuan Province, he studied textile-dyeing in Kyoto, Japan. From 1941 to 1944, Zhang spent time in Dunhuang, Gansu Province, to make replica paintings in the Mogao Caves. He copied 276 murals and founded a new school of painting based on ancient Buddhist art.

"Beauty Out of Water" by Zhang Daqian

Born in Yixing in east China's Jiangsu Province, Xu began to study Chinese classics and calligraphy at the age of 6. In 1917, he went to Japan to study art, and two years later received a government scholarship for training at the prestigious École Nationale Supérieure des Beaux-Arts in Paris, where he studied oil painting and drawing.

Xu's eight years in Europe greatly influenced his style. He created a number of works that reflected his training there, including careful drawings of nudes, portraits, impressionist landscapes and large-scale oil paintings. 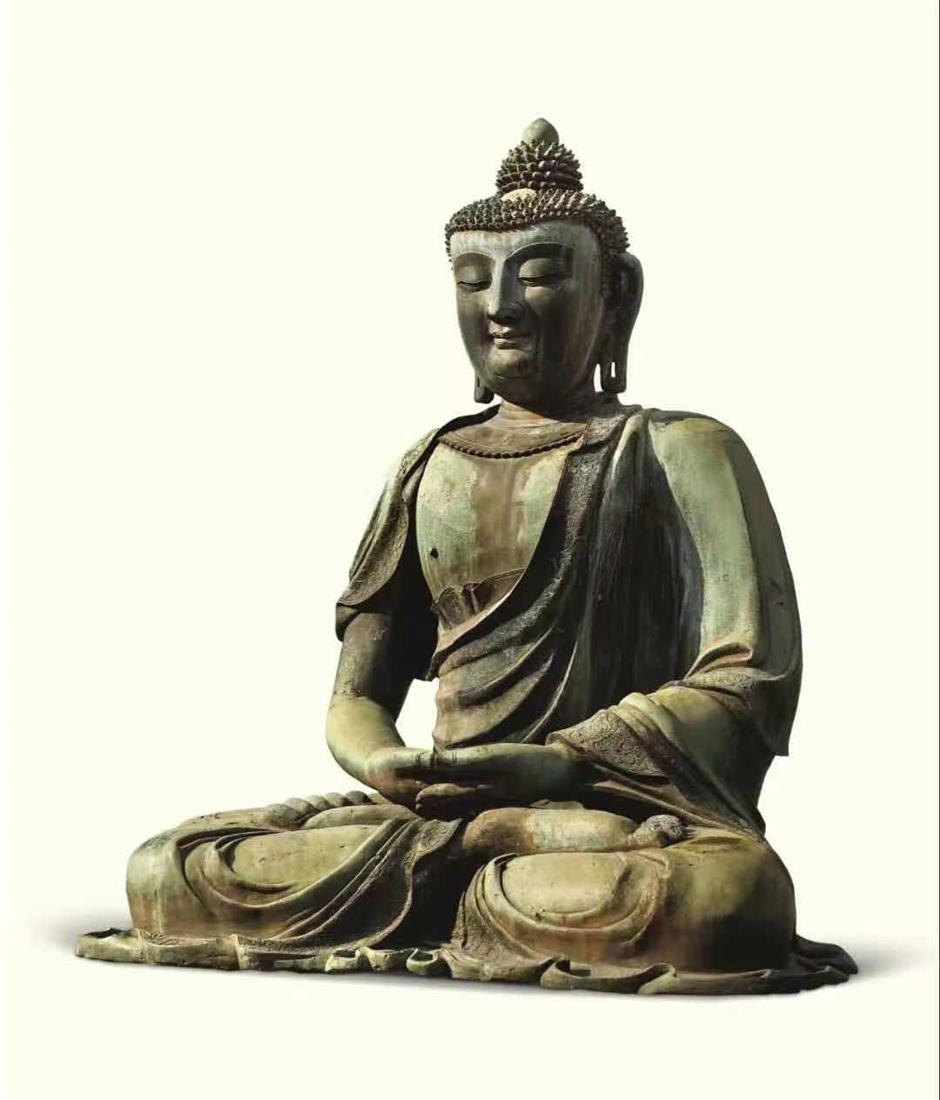