Ji Xigui is rightly considered an icon of Hangzhou's ancient green celadon pottery craft. The 80-year-old porcelain maker has been designing and firing products for over 60 years and is a national master of Yue Kiln craftsmanship.

Ji has been passing down her unique pottery-making skills for many years by teaching apprentices in Zhejiang Province, home of China's "mother kiln."

Her works are now on display in the Zhejiang Museum's Wulin Pavilion through August 20. Visitors can revel in her unique craftsmanship through the delicacy and translucent glaze of her celadons. 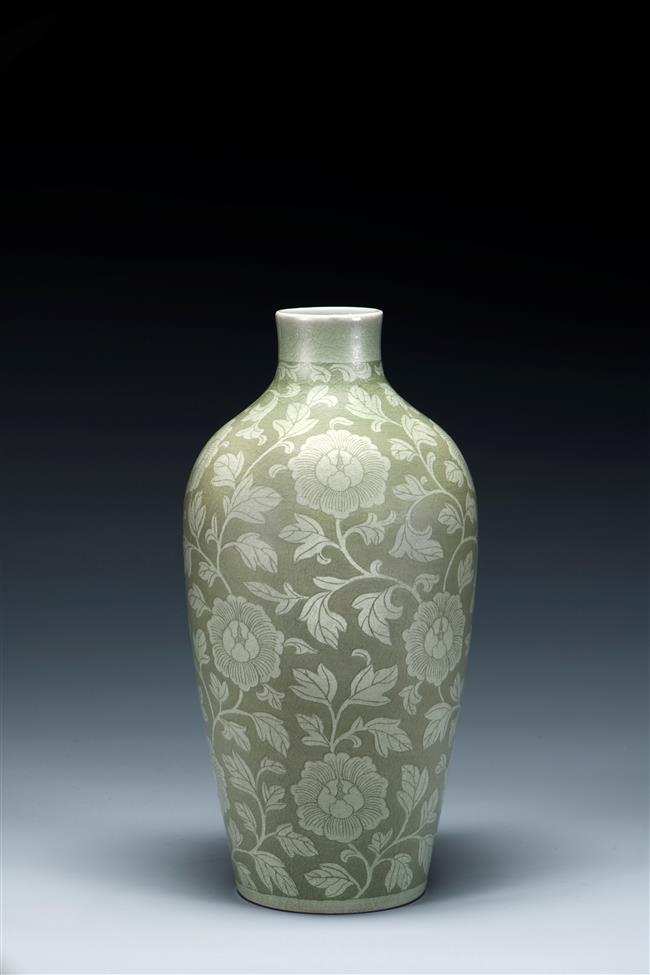 The exhibition also features many of her apprentices' works.

Some of China's greatest green celadons were produced at Yue Kiln, a collection of around 170 kiln sites in Zhejiang Province that became known as the "mother kiln" of Chinese porcelain.

Celadons were also produced in other colors, including blues, grays, yellows and whites, depending on the mineral content of glaze and clay.

Ji learned about porcelain when she was a child growing up in Jingdezhen, Jiangxi Province, considered to be one of China's great modern centers of porcelain production.

In 1951, Ji enrolled in Jingdezhen Porcelain and Ceramic Art School where she met her late husband Guo Linshan. Both were awarded the title of "National Craft and Art Master" and in 1981 they settled in Hangzhou. 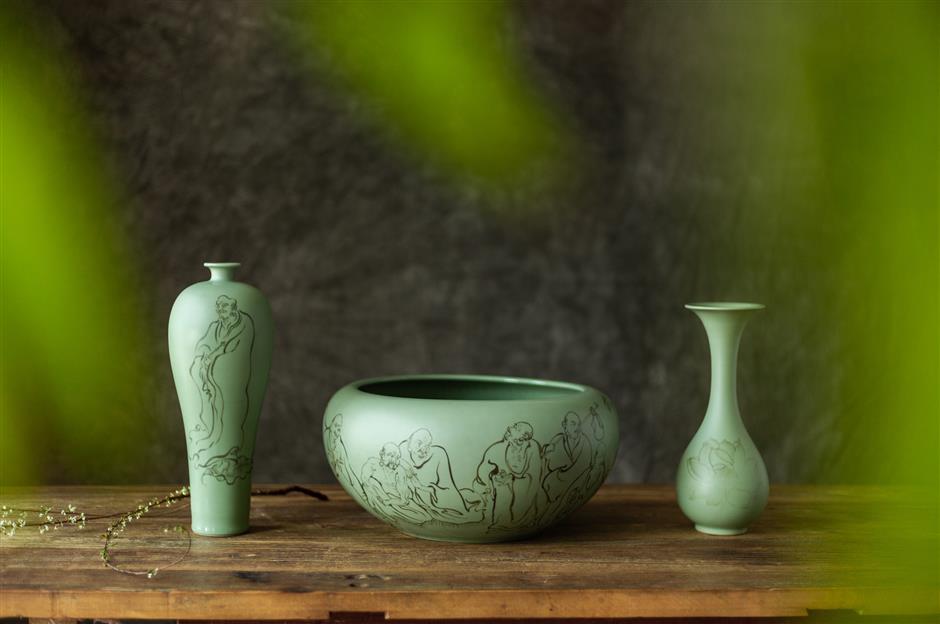 Ji and her husband worked in collaboration, Guo as the sculptor responsible for shaping the porcelain. In addition to celadon, Ji also created blue-and-white porcelain and underglaze porcelain.

Over her career of 50 years, Ji has made some notable items, including a set of tableware for Chairman Mao Zedong. She and her colleagues designed a 73-piece set, each plate and bowl with a lid to retain warmth in case Mao had to stop eating and deal with emergencies.

In 2016, she designed a set of Hangzhou-style tableware for the G20 Summit held in the city. Each bowl and plate formed a panorama of the West Lake and surrounding scenery, complete with well-known landmarks like Three Pools Mirroring the Moon and Broken Bridge. Vinegar and sauce pots rest on bridge-shaped stands, mirroring the summit's logo.

Zhejiang Province authorities are working to preserve and promote the art of porcelain making, especially of celadon. Hangzhou government has given Ji a rent-free studio, consisting of a two-story building and bungalow, in Xixi National Wetland Park. 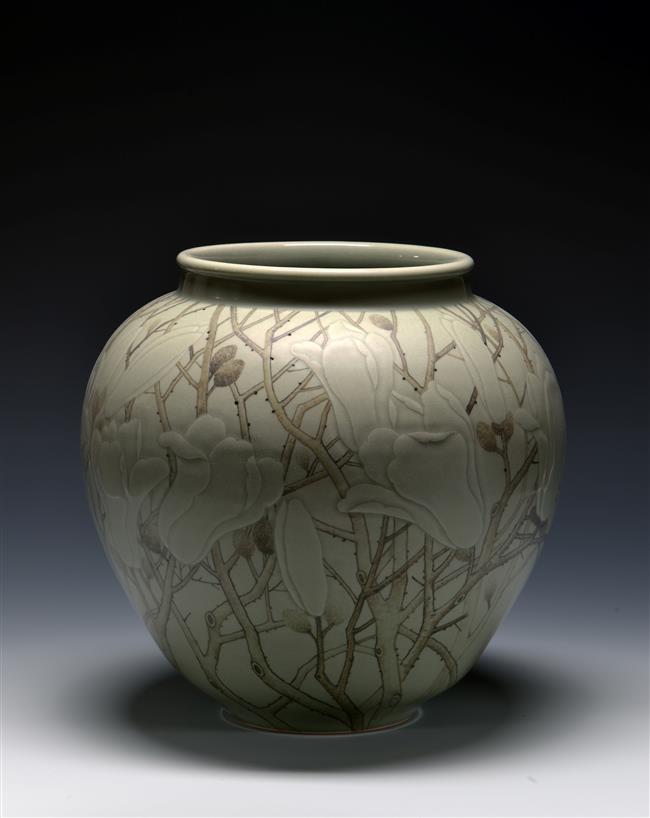 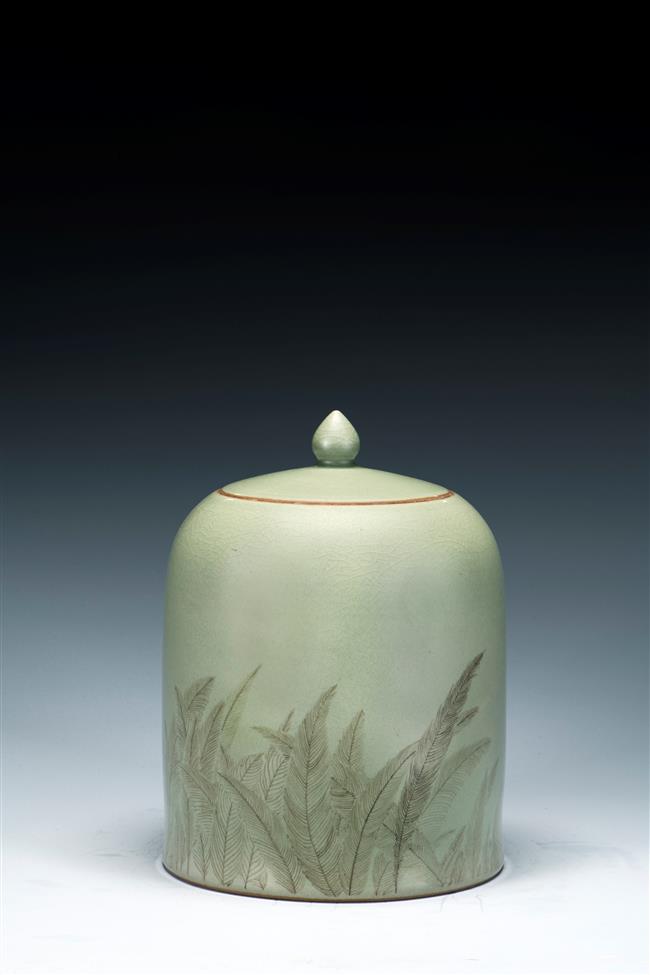 There she has established Guishan Kiln, incorporating the studio, and invested 800,000 yuan (US$122,929) to turn the larger building into an exhibition hall, designed in traditional Chinese style.

But rapidly improving technology, mass production and the pressures of consumerism have almost rendered the art of the skilled craftsman redundant and close to extinction.

In efforts to preserve the time-honored crafts, especially for celadons, Hangzhou government has subsidized young people to become apprentices to Ji. In 2012, she started to teach apprentices in a bid to cultivate inheritors of the millennia-old art.

In ancient times, Yue Kiln was popular with the imperial court for its elaborate grayish-green celadon, renowned for delicacy, translucent glaze and craftsmanship. Among them, mise porcelain (秘色瓷) was considered the best ever produced in China. Tang Dynasty (AD 618-907) poet Lu Guimeng was so obsessed with it that he wrote a famous poem to glorify its beauty.

In an attempt to recapture the glory days of mise porcelain and Yue Kiln, Ji and her apprentices have become innovative with sculpturing, glazing and firing techniques, injecting modern techniques and design into the age-old craft. The exhibition features some of these new-style works. 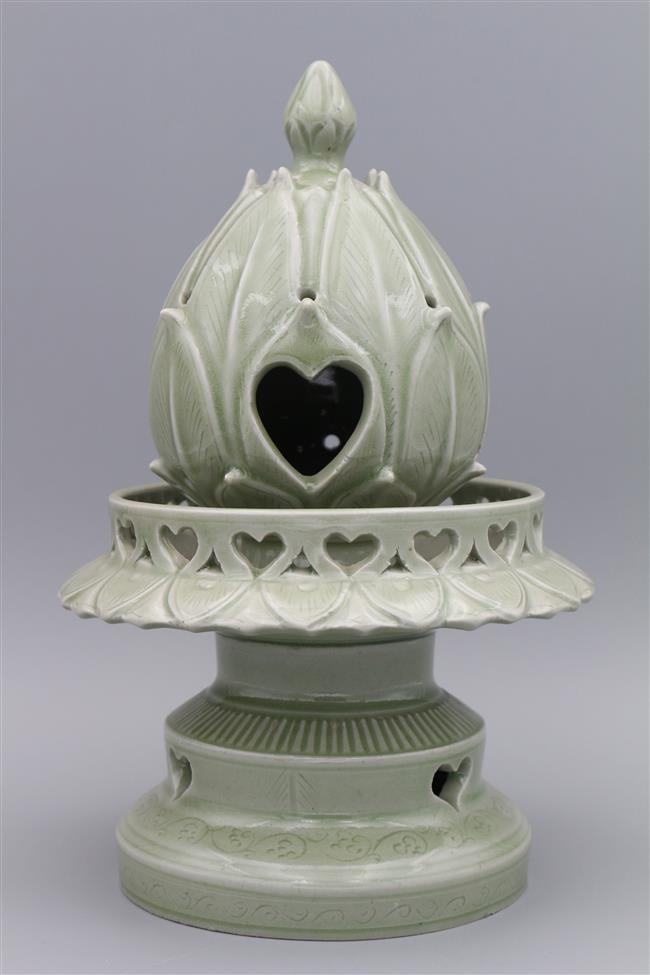 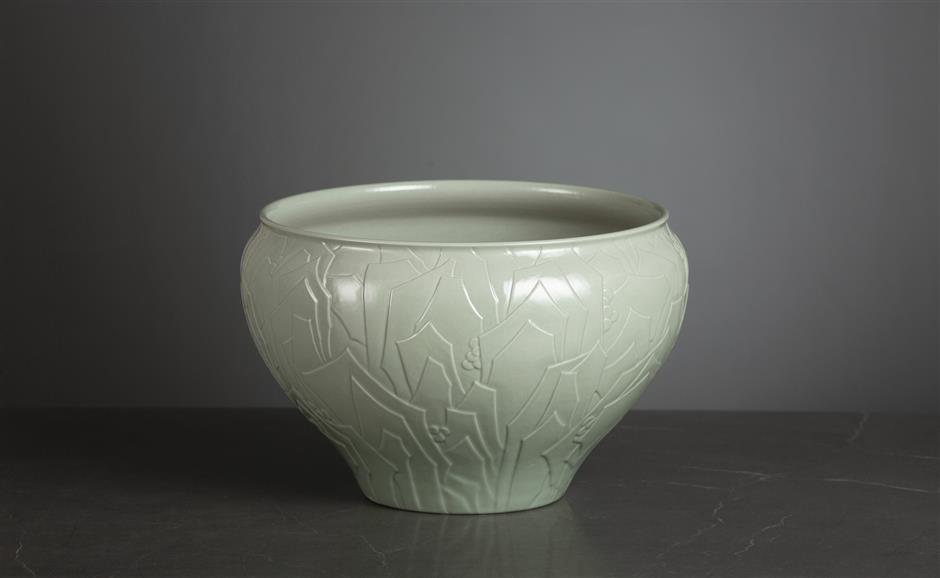 Date: Through August 20, closed on Mondays