A four-day exhibition featuring nearly 150 ink-wash paintings and calligraphy works created by a group of local artists opened on Friday at Shanghai Library.

"We hope that this exhibition will reflect the new direction of Shanghai School," said Shen Longhai, the committee's director. 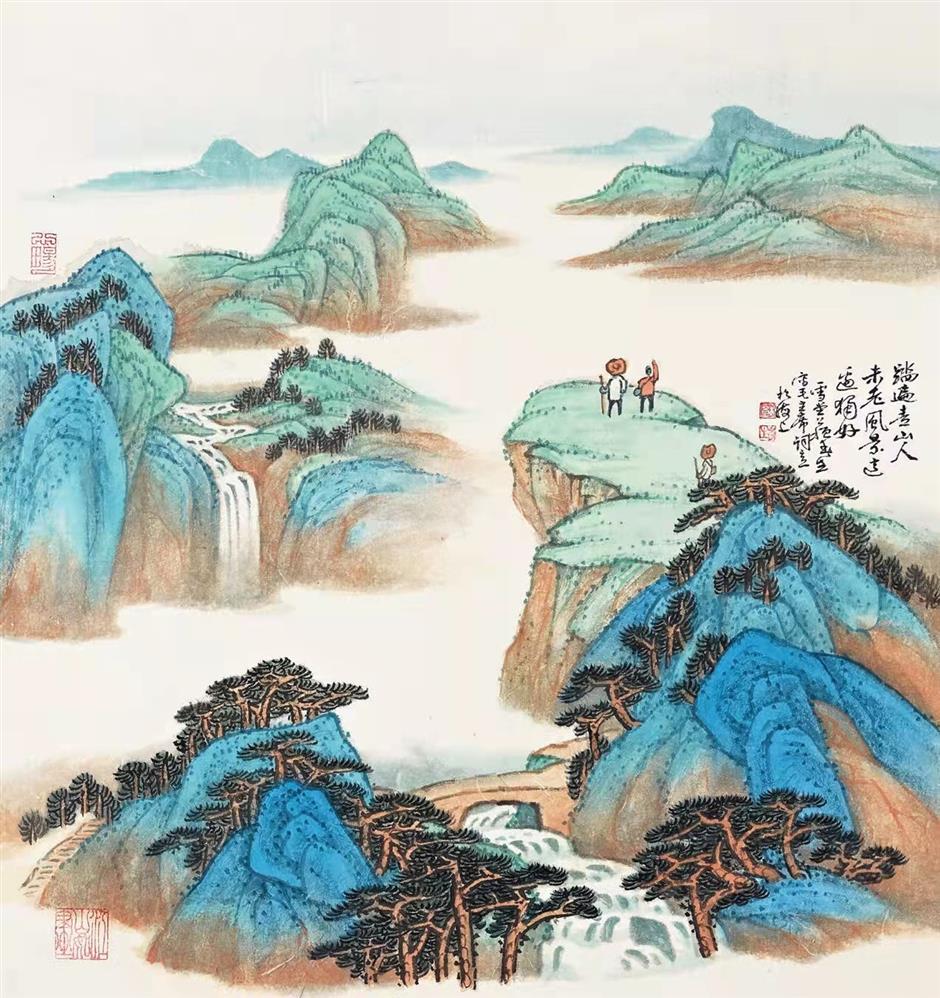 "Here is the Great View" by Su Chunsheng 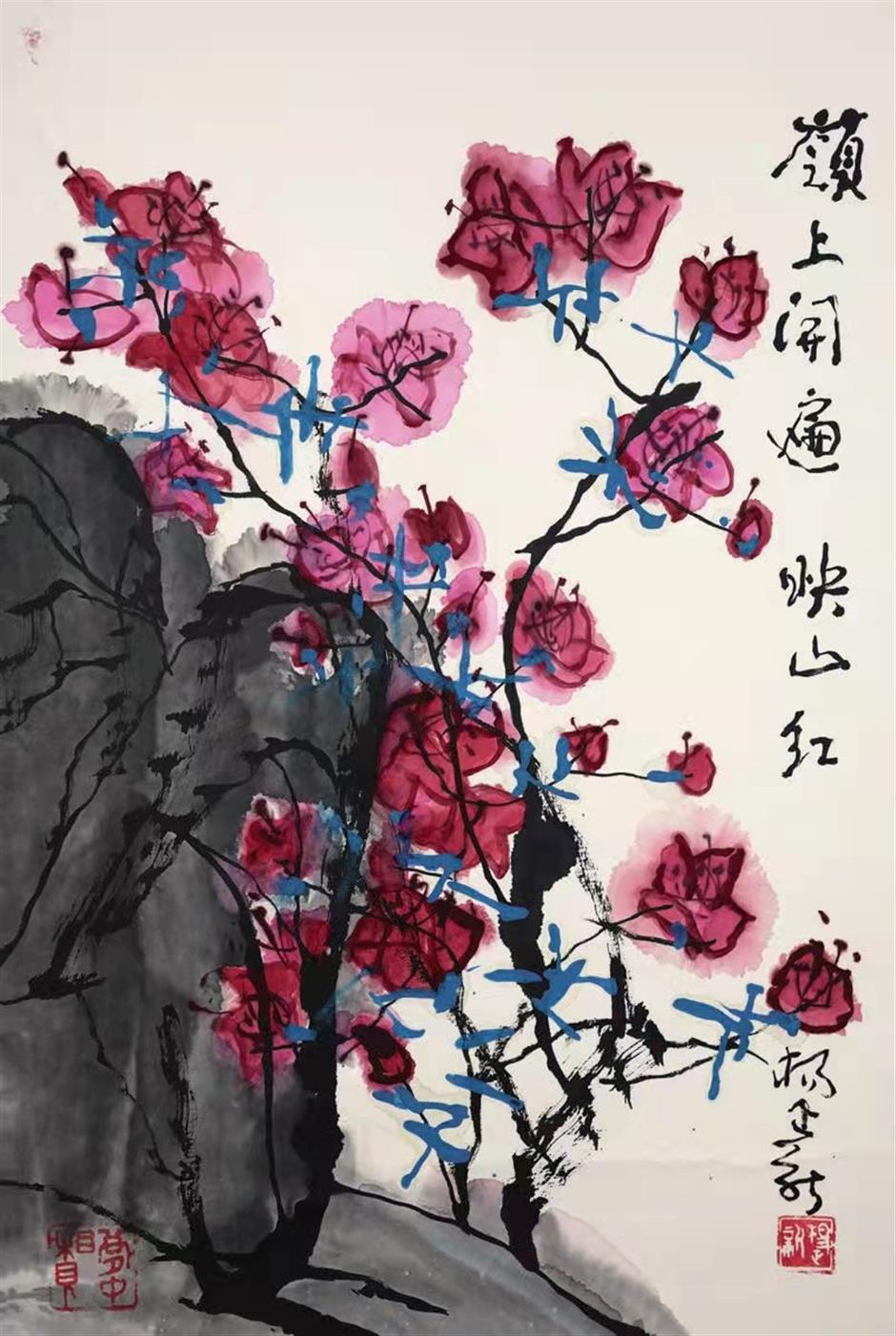 "Red Flowers over the Hill" by Yang Zhengxin

After the two Opium Wars in the mid-19th century, Shanghai and several other Chinese port cities were forced to open to foreign trade. As these cities were becoming prosperous, a new Chinese artistic style, known as the Shanghai School, began to emerge. It later became a dominant force in Chinese painting and influenced many other forms of art, such as theater, cinema, music and literature.

The Shanghai School combined traditional Chinese and Western aesthetics and appealed to the tastes of an emerging urban class.

Born in Shaoxing, Zhejiang Province, Ren was a versatile artist in portrait, flower-and-bird and landscape paintings. His paintings are based on folk art. He not only inherited the tradition, but also blended the tradition with his own creativity. He broke the stereotyped patterns and formed a unique and colorful style of painting, which enriches the connotation of Chinese painting.