The exhibition "A Moon Wrapped in Brown Paper" by Swedish artists Nathalie Djurberg and Hans Berg is running at Prada Rong Zhai, a historical residence in downtown Shanghai built in 1918.

The artistic duo has worked together since 2004 to create absurd and bawdy clay-animation films, installations and sculptures that expose an undercurrent of psychologically charged human and animalistic desires under the sweet cover of childhood fairy tales.

Djurberg has developed an original style of filmmaking using clay animation, while Berg has composed atmospheric music and hypnotic scores for their videos and installations.

The exhibition, the title of which pays homage to "Valentine," a poem by British author Carol Ann Duffy, features a selection of sculptures and videos Djurberg and Berg made between 2000 and 2019. The century-old house Rong Zhai has been turned into a labyrinth, a dreamlike yet disturbing universe populated by fairy tale characters, animals, demons and strange creatures.

Through their art, Djurberg and Berg extensively examine feelings of shame, desire, sorrow, happiness and despair that are interwoven, none of which ever endure.

"The world in Djurberg and Berg's work is ruled by monsters. It is a carnival-like dimension, with a frenetic rhythm, in which the viewer is confronted with challenging images and narratives without really feeling alienated," said curator and critic Yang Beichen.

"The parallel world of this dark fairy tale is filled with deviant animals, demons of various shapes and forms and repulsive human beings, the abnormal beings that connect many contemporary issues – from the fluidity of gender to the multiplicity of identities, and the capitalization of desire to the omnipresence of physical and emotional violence," he added. 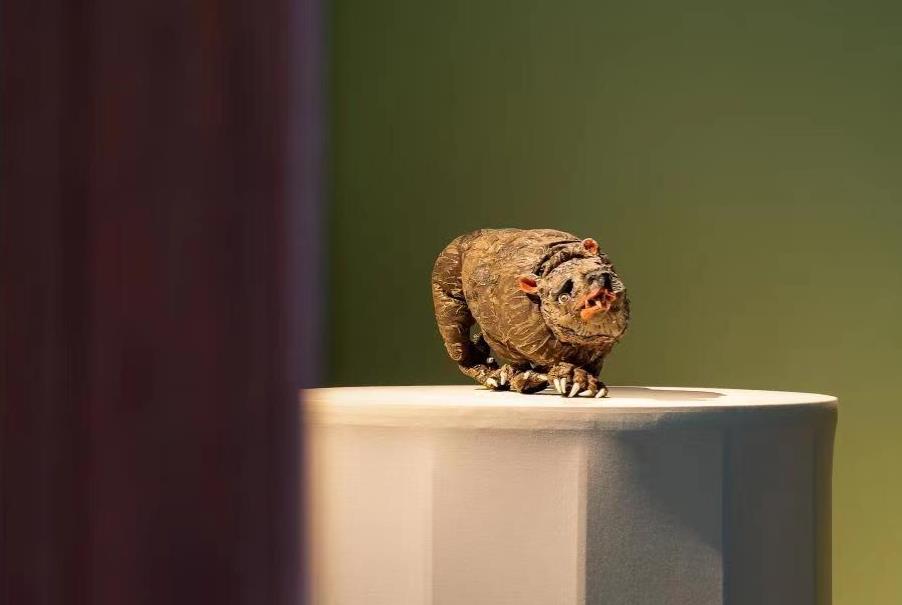 The exhibition features a selection of sculptures and videos Nathalie Djurberg and Hans Berg made between 2000 and 2019.

Dates: Through January 9 (closed on Mondays), 10am-5pm (10am-8pm on Fridays and Saturdays)