All of the 20 works exhibited are carefully selected from Hu's signature series "The Garden" he has been working on relentlessly, depicting dreamy forests with wild flowers, grass and herbs where curvaceous female angels hide and play.

Filled with mystery and poetry found only in Oriental culture, the garden under Hu's brush offers viewers a floristic spiritual home to escape the real world's hustle and bustle.

"The wild flowers and grass in Chinese culture are emblems of the primitive power of nature and life. They are not treasured plants but they grow wild and free with strong vitality and perseverance," Hu said.

A retired professor from Shanghai Normal University's Fine Arts College, Hu is an old hand at Western oil painting, watercolor and traditional Chinese ink brushing. The works on display exhibit his skillful technique drawn from different painting categories, and the ability to combine them into one.

He focuses more on creating an aura of the entire picture instead of details. His brush runs freely and spontaneously on the tableau after drawing sketches for the subsequent painting. This kind of art creation echoes what he paints – wildly thriving and sprawling plants.

Hu is currently working on a 5,000-meter-long scroll of Tibetan people's portraits in black-and-white Chinese ink. He still has 2,000 meters to go, which he says will take him five years.

"It's my new artistic exploration but it's a huge project. Tibetan people's simple and sincere quality has always attracted me, and it has been my primitive urge to depict them," he said. 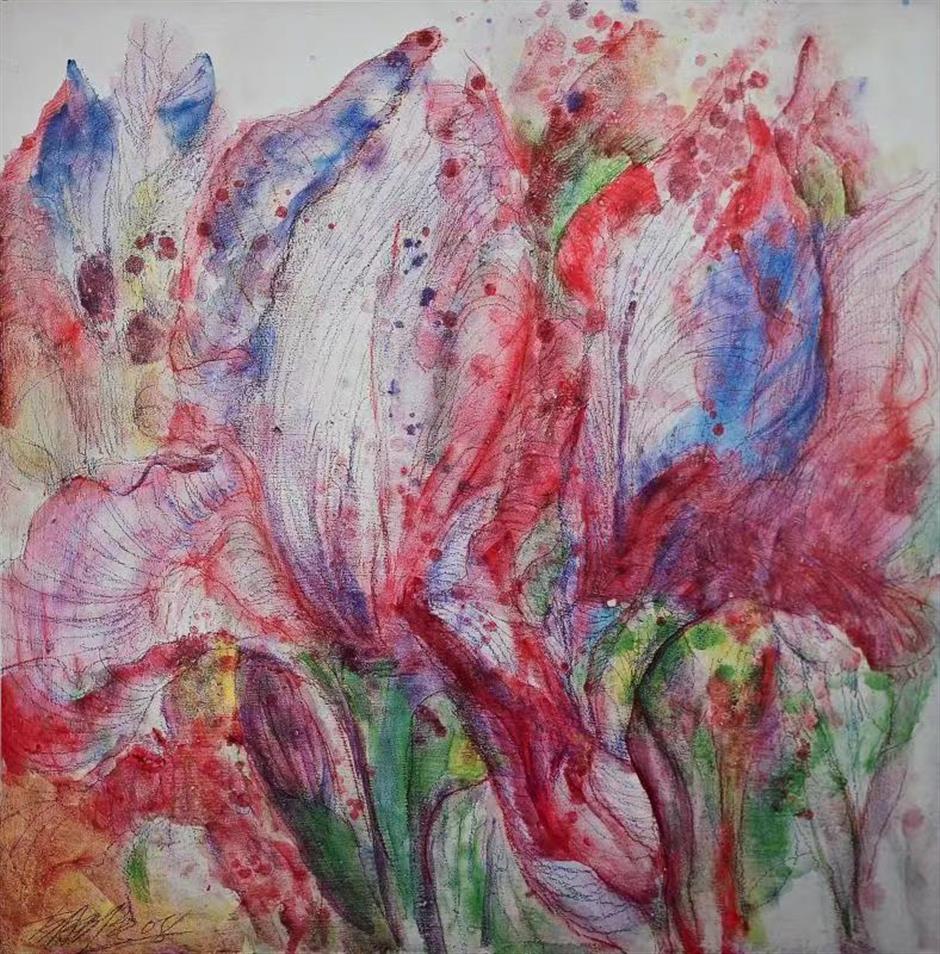