Legacy of Budi Tek will live on at Yuz Museum

Shanghai is mourning the passing of Budi Tek, a Chinese-Indonesian entrepreneur and art collector, in Hong Kong after a six-year battle with pancreatic cancer.

Tek's association with Shanghai was through his Yuz Museum, a must-see art destination on the West Bund in Xuhui District.

Born in 1957 in Jakarta, Indonesia, to a Chinese family, Tek studied in Hong Kong and Singapore from 1969 to the 1970s. In the 1980s, he went to the United States for further studies, and built a corporate empire in the agricultural industry.

A successful entrepreneur by now, he ventured into the art scene in 2004. He perfected his art-business skills and slowly emerged as an art collector of repute. 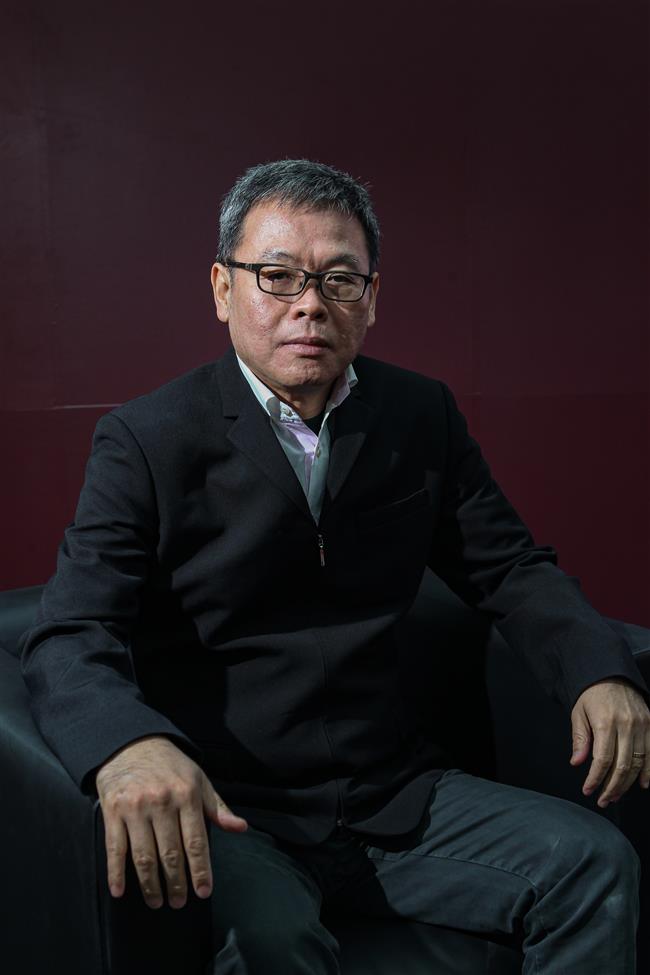 In 2007, he established the Yuz Foundation, and followed it up by opening the Yuz Museum Shanghai in 2014.

Tek was an Asia-Pacific member of Tate Britain. In 2017, he was awarded the Offcier of la Legion d'Honneur, France's highest honor of merit.

Tek aspired to see his museum on par with the world's best art museums.

"At the very least, I could establish a firm foundation for the museum in my lifetime," he said.

The Yuz Museum Shanghai was built inside a 9,000-square-meter aircraft hanger on the former site of Longhua Airport and was designed by Japanese architect Sou Fujimoto, who designed London's Serpentine Gallery Pavilion and won the Marcus Prize for Architecture in 2013.

The Yuz Museum Shanghai, which opened in 2014, has become a landmark on the West Bund.

Since its inception in 2014, the museum has made a name for itself as one of the most interesting new additions to Shanghai's art scene. Without a doubt, the museum's retrospective of Swiss sculptor Alberto Giacometti (1901-1966) in 2016 was widely regarded as one of the best exhibitions ever held in Shanghai in recent years.

The exhibition was not just the first Giacometti exhibition in China, but also the world's largest retrospective since the 2007 exhibition at the Centre Pompidou in Paris.

The Shanghai exhibition, which took two years to materialize, provided a comprehensive overview of the artist's half-century career. The Fondation Giacometti loaned around 250 works to the exhibition, including the classic "Walking Man" (1960) and the 1953 version of "Spoon Woman" (1927).

The exhibition was also the one Tek was most proud of at the museum. Despite being unwell, he insisted on attending the opening event. He flew from the United States, where he was under treatment, to Shanghai or else, he said, "it would be a regret for the rest of my life."

Even now, many art fans remember the Giacometti exhibition in Shanghai because of its outstanding quality and standard.

As one of Asia's top collectors, Tek was known for his obsession with installation.

He insisted that "such a direct and strong art style involves sociology, philosophy, anthropology and art theory, often transcending the topic of aesthetics and artistic form."

However, transportation and installation upkeep, as well as low market circulation, necessitate a collector's enthusiasm and fortitude.

Aside from installation, Tek was interested in Chinese artworks created in the 1980s and 1990s.

His collection includes works by Zeng Fanzhi, Wang Guangyi, Liu Wei, Ding Yi and Zhang Enli, all international art heavyweights. In 2010, he spent US$6.69 million on a 1992 artwork by Zhang Xiaogang.

"I am Chinese, and I hope to keep this picture in China," he insisted.

Tek never hesitated to share his collections. He donated a number of Chinese contemporary artworks to the Centre Pompidou, Singapore Art Museum and Brooklyn Museum in New York.

"I am essentially collecting a 'chapter' of history, and I am also wondering if these works have a place in art history," he explained.

"I'm doing my best. But if there were five or 10 people like me at the same time to engage in this field, perhaps it would be better."

Tek's death comes less than two weeks after the opening of the Yuz Museum Shanghai's highly anticipated Yoshitomo Nara exhibition, which is a collaboration with the Los Angeles County Museum of Art and the Qatar Museums.

The Nara exhibition features more than 70 paintings, sculptures, ceramics and installations, as well as over 700 manuscripts, including never-before-seen sketches, and provides a comprehensive picture of the artist's prodigious career spanning more than 37 years.

However, the museum is temporarily closed due to the resurgence of the coronavirus in the city.

With Tek's death, Shanghai has probably lost one of its top art collectors and supporter, but his legacy will live on through the Yuz Museum. 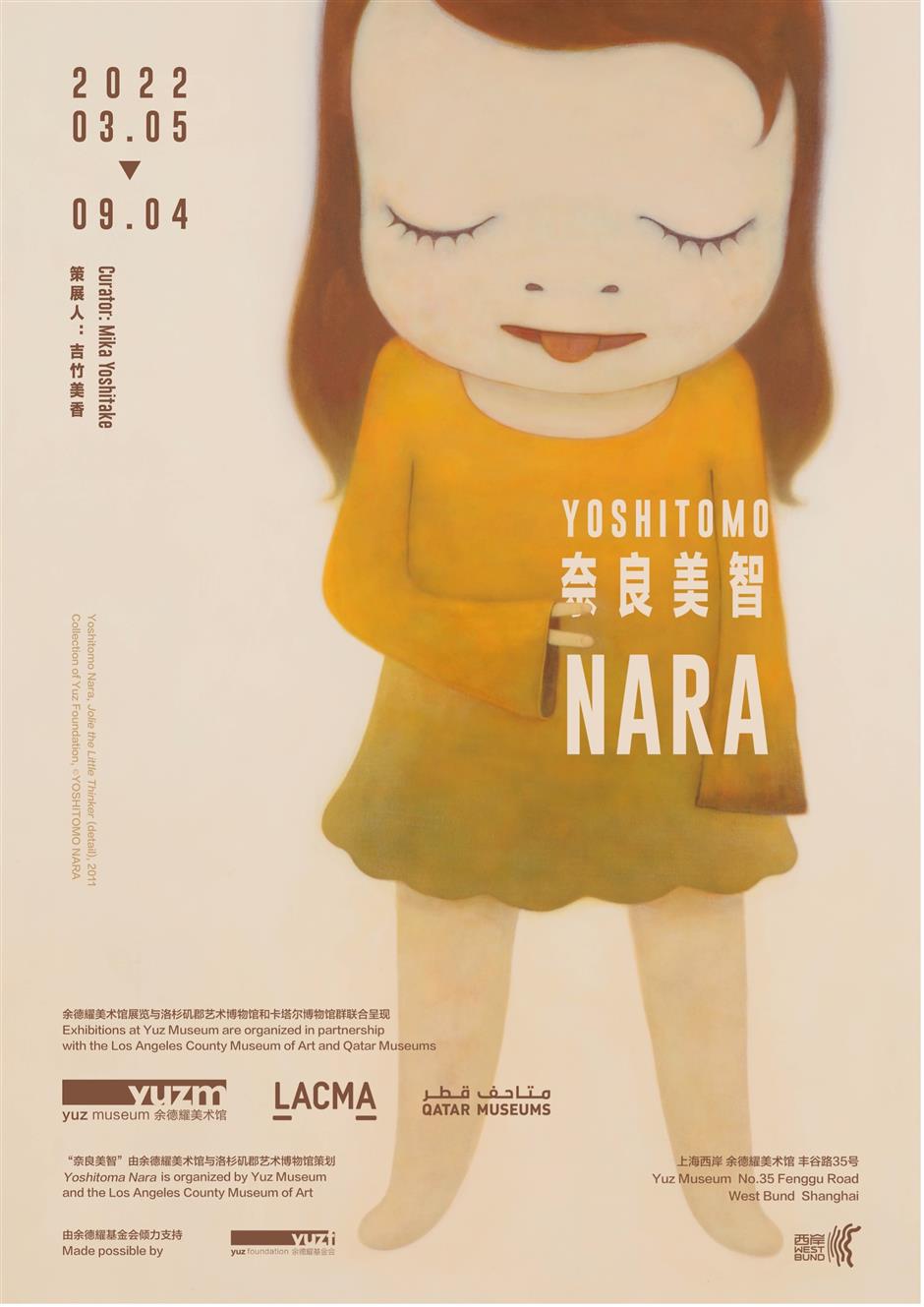 Tek's death comes nearly two weeks after the opening of the Yoshitomo Nara exhibition at the Yuz Museum Shanghai. But the museum is temporarily closed because of the resurgence of COVID-19 in the city.