The bustling art scene in Shanghai has come to a halt as a result of the resurgence of COVID-19.

With the closures of all the museums and galleries, the exhibition schedules have gone for a toss and will have to be readjusted.

For example, immediately after its March 5 opening, the highly anticipated Yoshitomo Nara exhibition at the Yuz Museum was closed. The exhibition, which includes over 70 paintings, sculptures, ceramics and installations, as well as over 700 manuscripts, including never-before-seen sketches, was earlier scheduled to run through September 4.

"At the moment, we don't know whether this exhibition can be extended; we need to examine the matter with the artist himself," the museum said. 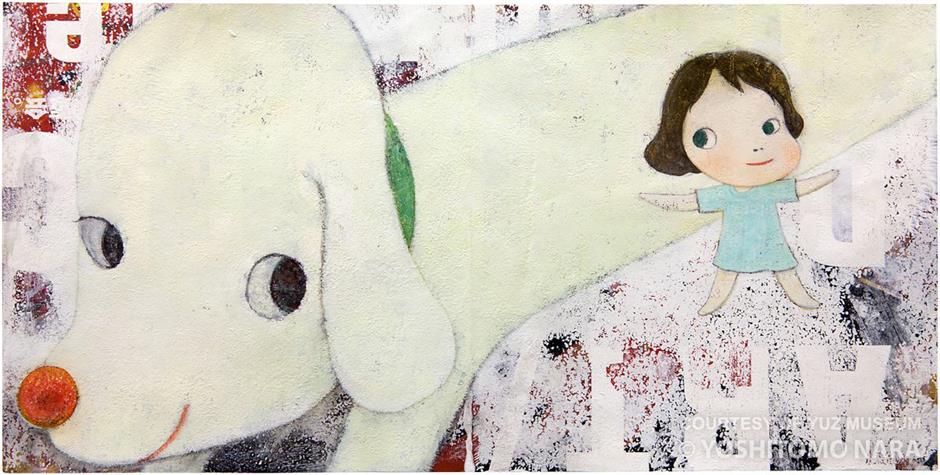 A painting by Yoshitomo Nara for the picture book "Lonesome Puppy"

It was the same case with the APSMUSEUM in L+Mall in Lujiazui.

"For A Bigger Picture," which opened on March 8, drew a lot of attention since it was a rare art exhibition that focused on the form of "collage." The exhibition includes collage works by 12 artists, including well-known names, such as Yang Fudong, Zhang Enli and Yu Ji.

Gu Zheng, the exhibition's curator and one of the leading art critics in the field of photography, hoped to inspire viewers to consider new possibilities in the 21st century.

"However, the APSMUSEUM was closed on March 15 due to the suspension of business of L+Mall," said Robin Wong, the museum's director. "I hope the lockdown won't remain for long, otherwise we'll have to change the duration of 'For A Bigger Picture,' as well as the following planned exhibitions." 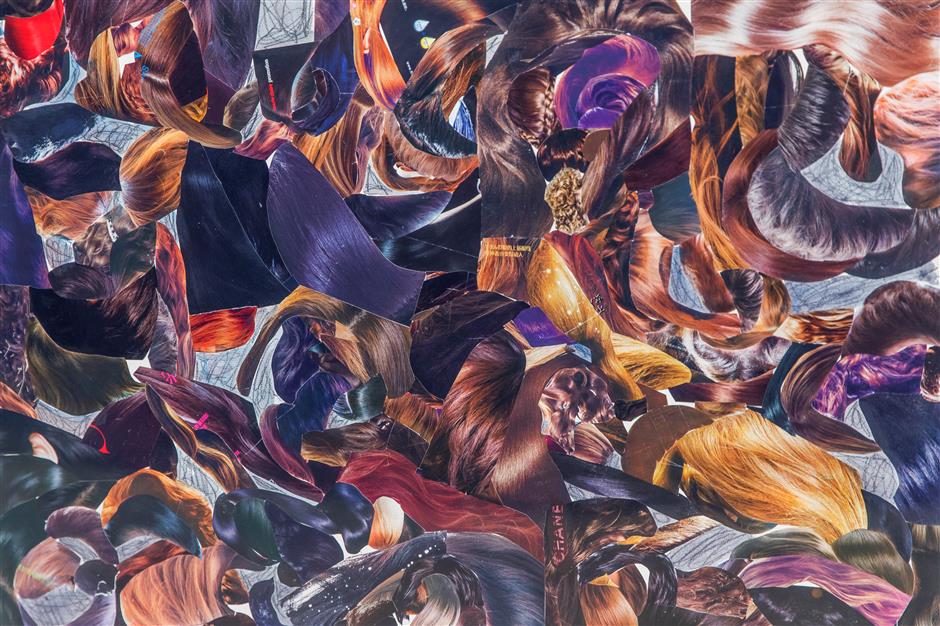 However, Lu Huihong, the Long Museum West Bund's public relations officer, said they won't be extending the ongoing exhibitions at the museum.

She said the museum was closed on March 10. There were three shows on display at the time, including Zhao Zhao's solo exhibition. The other two solo shows by artists Yuan Yunsheng and Shen Xiaotong were scheduled to open on March 26 and 27.

"We will announce the new opening dates for these exhibitions when the museum reopens to the public," Lu said.

ShanghART Gallery, another art landmark on the "West Bund Art Map," announced it was closed for the moment but wouldn't shorten the duration of the exhibitions, suggesting that it would follow the year's schedule as planned.

"Our exhibitions usually last a month," according to Helen Zhu, one of ShanghART's staff members. "Each exhibition requires the efforts of the gallery's team and the artist, so we will stick to the original plans."

Sun Xun's next solo exhibition is on the waiting list until the gallery opens for business.

Fortunately, the highly anticipated show "Botticelli and the Renaissance," on loan from the Uffizi Gallery, one of the world's most visited museums in Italy, is still in the planning stages, and is scheduled to open in April at Shanghai Bund One Art Museum.

A total of 50 artworks will be on display to highlight the magnificence of the work of Sandro Botticelli (1445-1510) and his contemporaries.

Botticelli is one of the most prominent artists of the Italian Renaissance, a fundamental part of Florentine history, a Medici family supported artist, and the heart of the museum's treasures. It seemed appropriate to kick off major exhibitions in Shanghai with this legendary artist.

"We haven't decided on an opening date for the exhibition because of the anti-epidemic measures," said Xie Dingwei, director of Shanghai Tix Media. "But I sincerely hope that it will start as planned."