Coronavirus stole the spotlight, creative artists are winning it back

Coronavirus has been the villain on the stage of the performing arts for three years, but the show must go on even if it's a struggle to regain the limelight.

In the first three months of this year alone, an estimated 9,000 performances were canceled in China, according to the China Association of Performing Arts. Shanghai theaters suspended operations from March through June, regional COVID outbreaks have disrupted shows, and many scheduled overseas productions have been thwarted by travel restrictions.

With erratic revenue streams, the road to recovery has been fraught.

However, as Einstein once famously said, "in the middle of adversity, there is great opportunity." And lest there be any doubt about the wisdom of those words, here are a few examples of creative concepts that show the promise of better times ahead.

Wang Hao's Impulse Dance Theater was established last summer after the choreographer was talking to dancer friends about his dream of establishing an independent dance troupe. They applauded the idea and encouraged him. 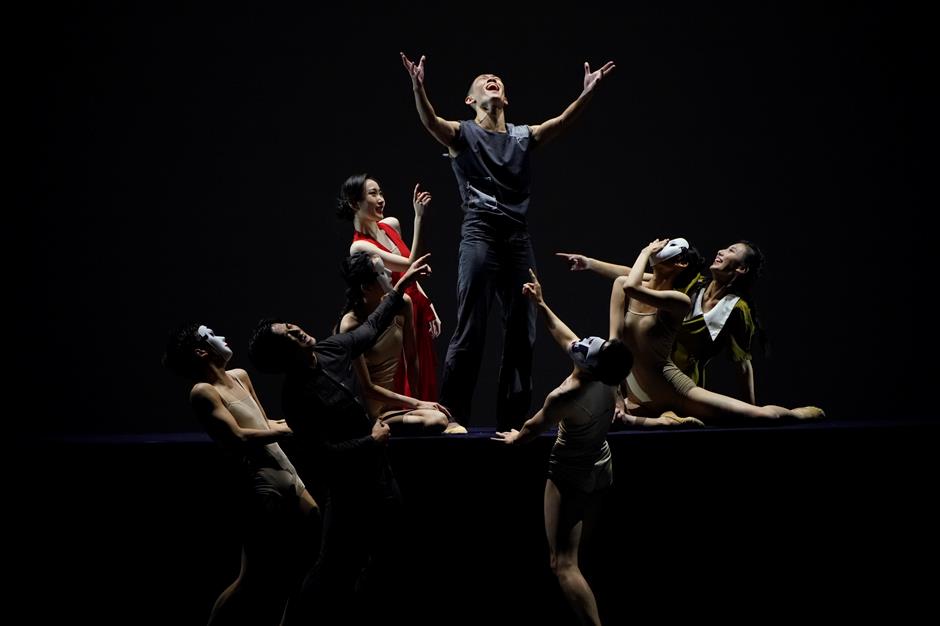 In the early career, Wang was a leading dancer of the Guangzhou Ballet, performed with the Singapore Dance Theater and was a soloist with the Victor Ullate Ballet Comunidad de Madrid.

"Our troupe has eight Shanghai-based dancers, and some of us are long-term friends," Wang told Shanghai Daily. "We have our own jobs, most as dancers and as teachers. Despite the disruptions to work and life caused by the pandemic, our passion for dancing remains the same. We feel the urge to express ourselves by creating our own dance productions."

Impulse's maiden creation "The Game – Falling into Darkness" made its Shanghai debut earlier this month at the Shanghai International Dance Theater.

Wang described it as a ballet that draws inspiration from the popular board game "Werewolf Kills." In the game, one player gets "killed" every round before the survivors vote to decide who is the werewolf. Those with special identities – including the werewolf, seer and witch – have to disguise themselves to survive. 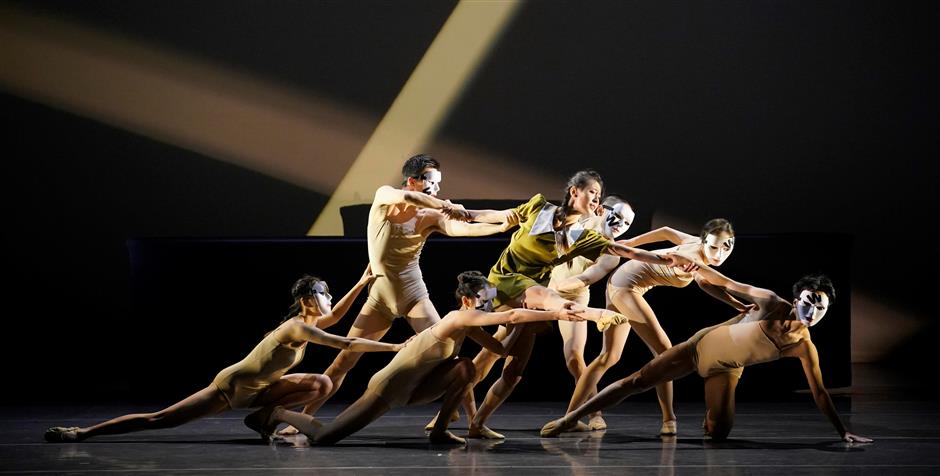 "The Game – Falling into Darkness" premiered at the Shanghai International Dance Theater earlier this month.

In the show, eight dancers are given double identities. Social topics like Internet violence, the wealth gap and extramarital affairs are woven into the performance.

"We picked a trendy game as the theme to make the dance more appealing to audiences," said Wang. "There is a lot of suspense and drama involved, as well as social issues ... I have been greedy in involving so many elements, but the future direction of the troupe is to involve more stage acting."

Impulse Dance Theater members train and rehearse in their spare time, often working from 9pm until after midnight.

"We are motivated by our interest and passion for dance," said Fu Yiyang, a dancer with the Hong Kong Ballet.

Travel restrictions interrupted Fu's performance schedule, so she finally decided to stay in Shanghai for the time being.

"There is no hierarchy among Impulse Dance Theater members," she said. "We contribute and exchange ideas freely, and follow our heart to create dance works."

Fu Yiyang (left), a dancer with the Hong Kong Ballet, decided to stay in Shanghai for the time being.

According to Wang, most independent dance troupes around the world are facing financial adversity. He has been relying on his own savings and support from some dance venues to keep his troupe running.

"Our purpose is not to make money, but to build a platform for devoted dancers, especially those without a fixed occupation for the time being," he said. "I'm sending out an invitation here: You are welcome to join the Impulse!"

Ballad singers Zhang Weiwei and Guo Long staged a concert at Shanghai Culture Square on November 8 to celebrate the 10th anniversary of the birth of their iconic album "Baiyin Hotel."

It was the first time Culture Square, a venue best known for staging international musicals, turned its stage over to a ballad concert. It followed the limitation of 75 percent seating capacity; tickets were sold out in minutes. 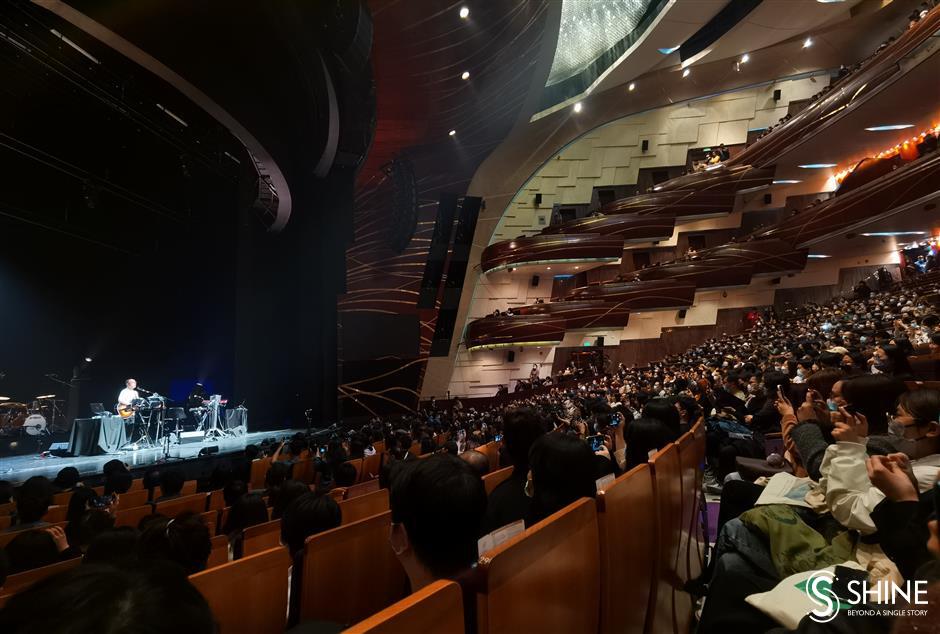 It was the first time Zhang and Guo appeared in a theater hall after a string of performances in clubs or open-air music festivals.

"When performing in a live house, communication, interaction and even physical contact between performers and audiences are important," said Zhang. "Among all music genres, the ballad is probably the one that suits the theater environment best."

He explained: "Narrative, or the ability to tell stories, is the most important quality of the ballad. Compared with other music genres, the ballad is more like a drama, and a theater stage can enlarge its storytelling power."

Zhang and Guo are Gansu Province natives who began their musical collaboration at the relatively late age of 35. During the Shanghai concert, they performed songs from the "Baiyin Hotel" album, which is based on stories from their hometown and can be performed with guitar and accordion accompaniment. 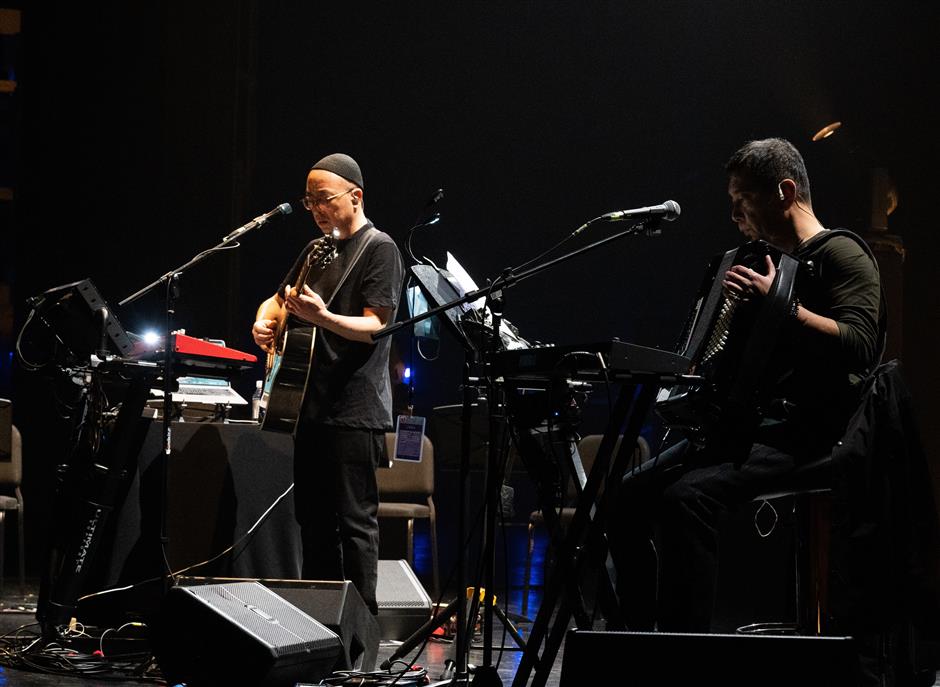 The duo also performed songs from a new album they are working on, involving an orchestra, electronic music and a synthesizer.

"Electronic music and the synthesizer provide a different color tone," said Zhang. "I use them to explore the narrative feature in ballad."

"Ballads might not attract as many followers as pop songs do, but the ballad is rooted in nature," said Fei. "The sincerity of ballads is valuable. Balladeers can sing to our hearts in this fast-paced era."

Like most theaters, Culture Square has been looking for ways to lure theatergoers back in the absence of foreign troupes and popular overseas stage productions.

"The venue will be open to more performance genres and innovative stage productions as long as they are quality works," said Fei. 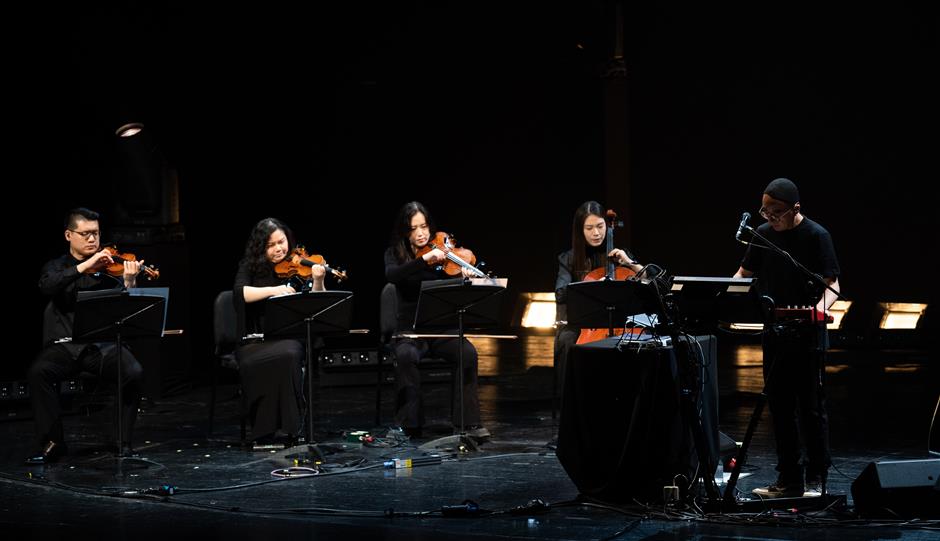 Zhang Weiwei (right) performs songs from his new album during the concert with an orchestra.

From the Edinburgh Fringe Showcase to a Chinese chamber orchestra

For Zhao Yichen, a former organizing member of the Edinburgh Fringe Showcase, the impact of the pandemic was fatal.

He was employed as a performance agent in bringing overseas productions to China until coronavirus struck. Foreign programs were barred, and domestic events like the Xintiandi Performing Arts Festival and the Edinburgh Fringe Showcase were canceled.

"There has been very little work in the past three years," Zhao told Shanghai Daily. "After the two-month lockdown in Shanghai, I eventually made up my mind to change jobs."

Zhao majored in art management at the Shanghai Conservatory of Music and worked for a conference and exhibition company before his interest in the performing arts led him to become a performance agent.

Zhao worked as a part-time sports photographer last summer before taking on the job of operations manager of the Xinyi Chinese Chamber Orchestra, a 10-member troupe attached to the Shanghai No. 1 National Musical Instruments Factory. 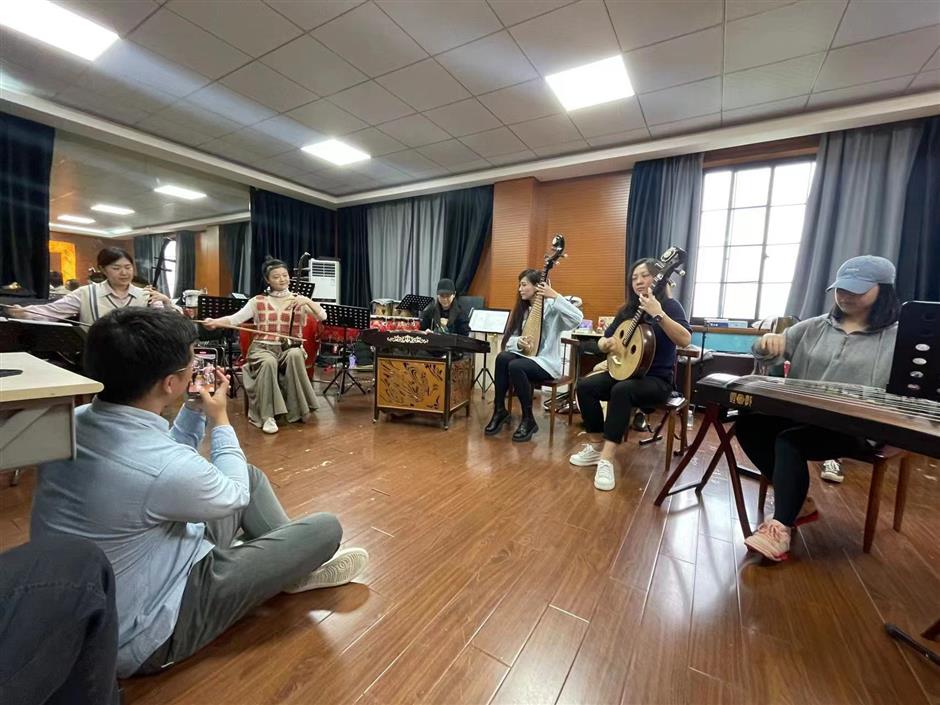 Xinyi orchestra members perform at some of the factory's promotional activities and also provide quality control for new instruments manufactured at the site.

Zhao's responsibility is to seek out commercial opportunities for the orchestra to increase musicians' incomes.

"My previous working experience, including knowledge of the theater and performance market, has helped me a lot in this new job," said Zhao.

Making use of his photography skills, Zhao opened a social media account for the orchestra to post interesting rehearsal sidelights.

"My previous experience taught me the importance of branding for a troupe," he said. "Our performers are professional, but the Xinyi orchestra has kept a relatively low profile. My job is to raise that profile."

One of Zhao's former colleagues, Xu Peiyao, also left the performance agent company and joined the team of the newly opened Theater Young. 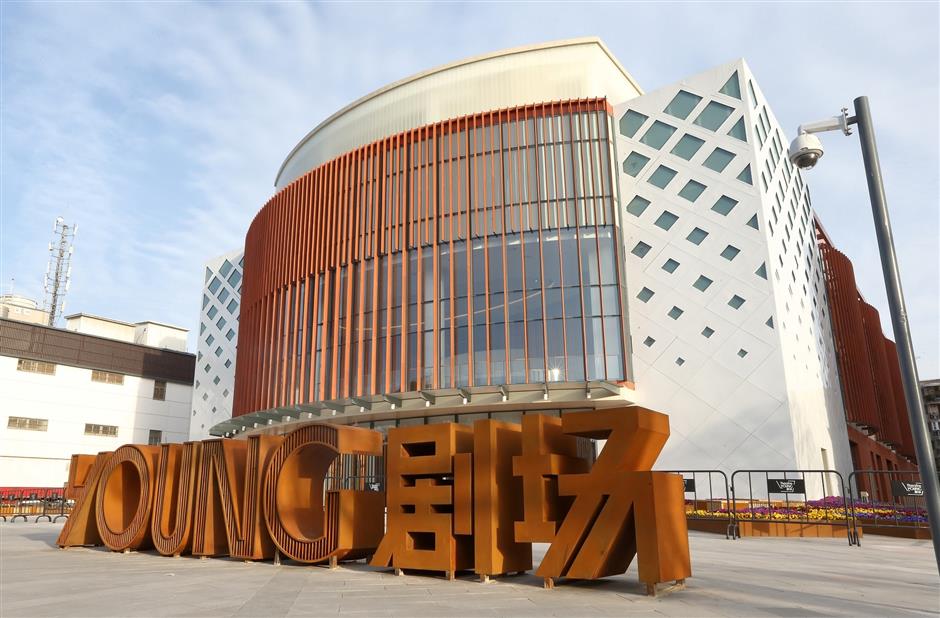 "We showcase independent troupes and artists who can deliver quality works and face financial burdens related to the pandemic," Xu told Shanghai Daily.

"Otherwise, many of them would give up on their aspirations because of lack of income," he added. "This is a hard time for performing artists. We all recognize the value of what we want to do. We just have to hold on to it."