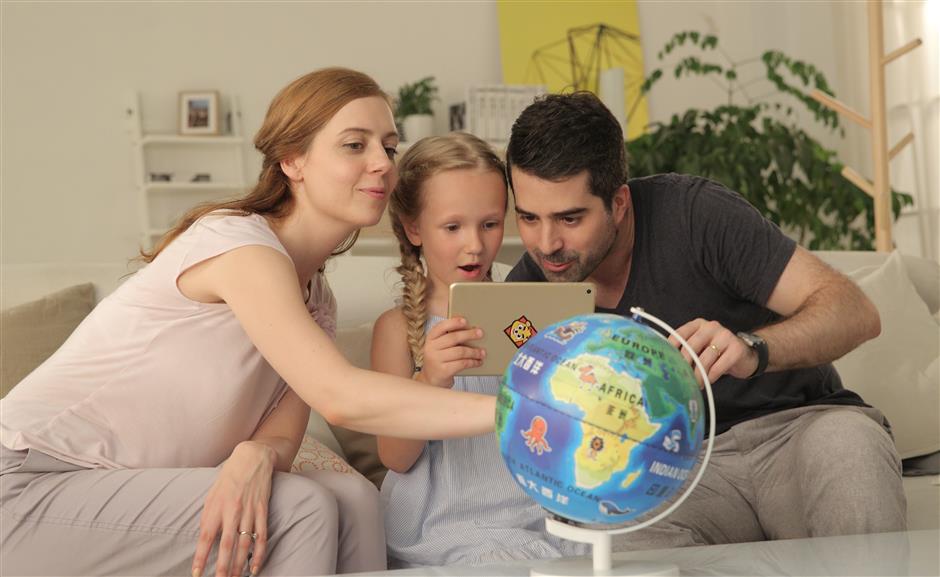 With images more precisely and accurately projected, not only the children but also their parents have fun while studying.

The first time Hovhannes Mayilyan experienced the technology of augmented reality was in Yerevan, capital city of Armenia, in 2010. It was a Coca-Cola advertisement in which Santa Claus appeared to hand over the drink.

“I was like ‘this is magic people’,” he says. As a radio engineering student back then, he wanted to find out more, but information was scarce.

Eight years on, the Armenian, now based in Shanghai, is bringing this “magic” to children as young as 2 years old. It comes in the form of toys, flashcards and one of the most relied-upon tools of the 21st century ─ the mobile device.

He became part of the Shanghai-based Young Zone Culture Co Ltd in 2015. Its subsidiary, NeoBear, is one of the pioneers in using AR in early childhood education.

He is taking part in the upcoming Virtual and Augmented Reality in Education Conference in September. The biannual event, which takes place in Budapest, Hungary, concentrates on VR and AR technologies to improve future educational settings and research.

“‘Augmented’ means to insert something — we are adding something into our reality,” Mayilyan says. This “reality” refers to existing educational materials such as models and pictures. Additional information may be projected in three-dimensional spatial representations, an interactive and dynamic interface for the user, and voice assistance from a smart device to contribute to the learning process.

With a mobile device, a child can easily access 3D information about the AR globe, which covers up to seven themes.

Countries including the United States, France, South Korea and China already support the technology at various levels in formal education settings. In China, there are over 170 companies in collaboration with the Ministry of Industry and Information Technology to bring technologies such as AR and VR into universities.

Mayilyan, however, is interested in how the technology could be implemented in primary-level education.

Actually, many companies are feeding the AR trends into the early childhood market. Octagon Studio and Popar, based in Indonesia and the US respectively, are major players that offer AR toys to young people.

Like most AR education materials, the AR globe by NeoBear adopts a marker-based application. Upon “marking,” or scanning the physical globe using any smart camera device, children obtain atlas-rich information through the AR application. A “pop-up and three-dimensional view” of seven themes including the solar system and famous landmarks of countries will be projected on the device, based on actual physical configuration of the globe captured. A voice narrates the content whenever a child selects an item of interest.

Besides reviewing the appropriateness of content delivered via the application, Mayilyan’s job includes using his technical background to improve the quality of the augmented 3D images. For instance, an animated hedgehog will pop up, move and make a sound whenever its flashcard is scanned. Children can manipulate the image to view it at different angles.

As an example on the app that needed improvement, Mayilyan says children should be able to see the spines on its body to more accurately learn about a hedgehog. “Images need to be more precise and realistic,” he says, relating this to the fundamental fact that young children learn and understand through their senses.

A study has found that AR increases learning efficiency up to 88 percent, compared with 35 percent if only flashcards are used. “In a short period, you learn the same information faster; your senses are opened up — you can see, touch and listen,” Mayilyan says. 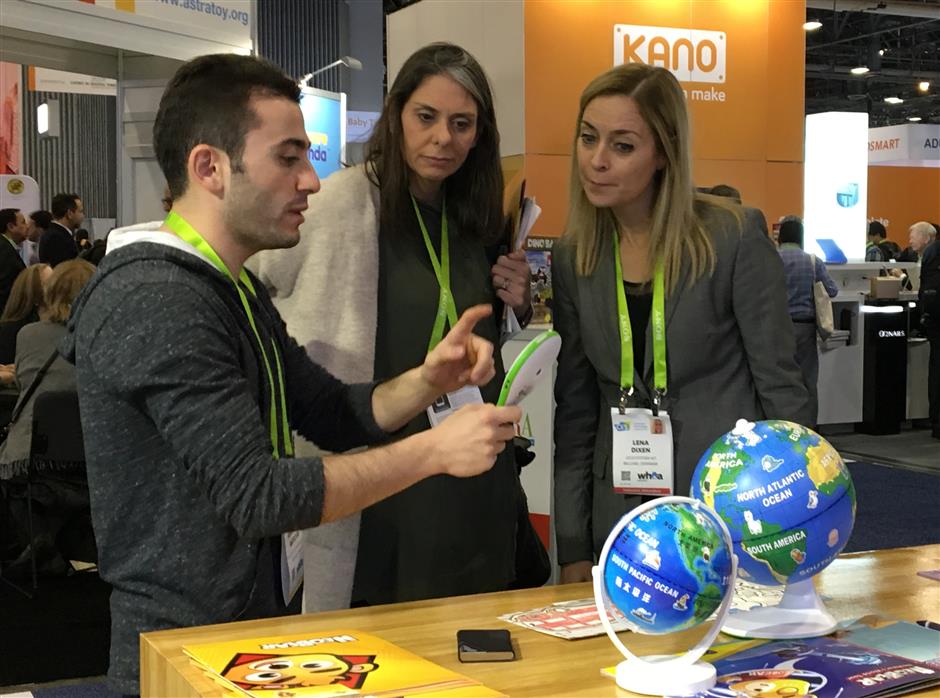 Hovhannes Mayilyan (left) explains the AR globe technology and its latest hardware device to visitors at the Consumer Electronics Show 2018 in Las Vegas.

He sees AR as an educational tool that can support the global trend where knowledge growth is accelerating over the years. “We have all the knowledge but we do not have enough tools to keep up with learning.”

He plans to work on this in his next research. The 26-year-old represents his company in overseas markets with the aim of integrating AR into more existing education-related systems. The Las Vegas Licensing Expo in May was one of his opportunities to showcase knowledge of the technology to toy manufacturers, distributors and educational institutions.

Cities such as Wellington and Wairarapa in New Zealand ─ in partnership with Mayilyan’s company ─ will also be adopting the AR globe technology as education tools to support formal secondary classrooms.

The company is also working to approach institutions in US states such as California as an entry point for further implementation of AR technology in classrooms. “Every school and every district has its own regulation and guidelines for teaching, so it’s easier to approach.”

In China, these implementations need to go through the Ministry of Education. With consent from the government and collaboration with Shanghai’s East China Normal University, AR technology will soon be appearing in selected local preschools, to be tested for its effectiveness in classrooms.

“The main goal is to build a specific ecosystem for kids to enhance their language-learning skills,” Mayilyan says.