When Jiang Cheng first tried a bit of concealer during his first year of university in China it gave him self-confidence and he was instantly hooked.

Now he is among hundreds of Chinese men sharing beauty tips online and cashing in on the booming male cosmetics industry.

“I found that putting on makeup is actually quite easy,” the 24-year-old said as he gently brushed his face with some foundation. “Women may not fully grasp the concept of male makeup. If a girl puts on my makeup, they may not be able to achieve the effect that I really want.” 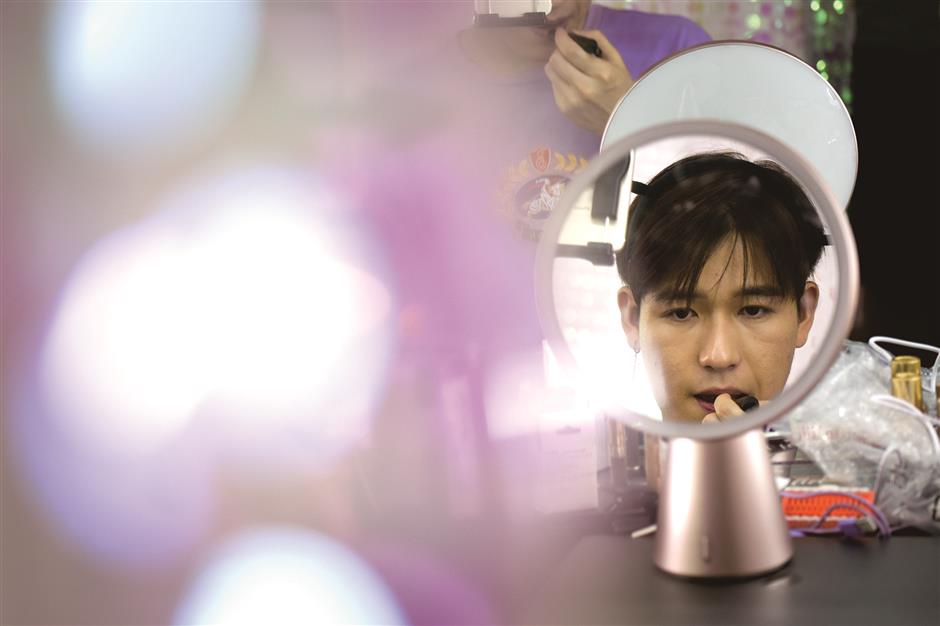 Jiang Cheng prepares for recording video at his home in Beijing. He is among hundreds of Chinese men sharing beauty tips online and cashing in on the booming male cosmetics industry.

Every weekend, Jiang spends a couple of hours in front of his iPhone at his cozy makeshift studio in Beijing trying on the latest balms and blush for hundreds of live viewers, who can simultaneously buy the products he reviews.

“This color is not that outrageous that men can’t wear it safely even in a conservative environment,” he explained to his fans.

Online beauty stars form an enormous industry in China, with Internet celebrities known as “wanghong,” or online stars, blurring the line between entertainment and e-commerce.

Companies like Alibaba and JD.com have launched live-streaming platforms that allow viewers to purchase on the go while watching videos. And cosmetics brands pay big money for online celebrities, almost always female, to review their new products.

But now the market and gender norms are changing, with cosmetics no longer seen as exclusively for women and male celebrities showing that it is okay for men to dab on a bit of blush.

Jiang says a firm that manages bloggers pays him around 5,000 yuan (US$730) per month to feature products from cosmetics companies. 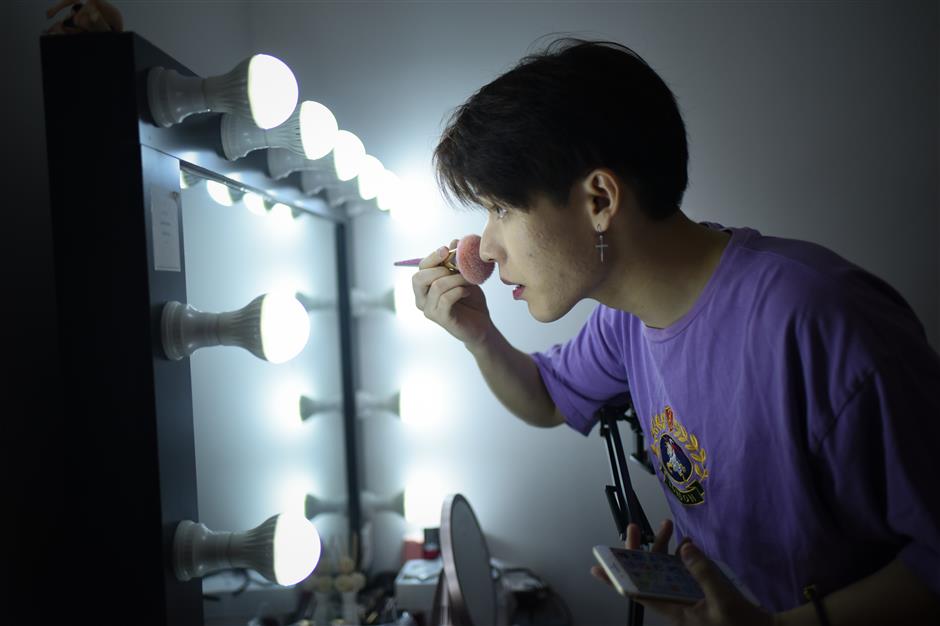 When Jiang Cheng first tried a bit of concealer during his first year of university in China it gave him self-confidence and he was instantly hooked.

The male beauty market is expected to grow 15.2 percent in the next five years in China compared to an 11 percent global increase over the same period, according to research firm Euromonitor.

Increasingly, foreign firms like La Mer and Aesop work with video bloggers such as Lan Haoyi, known as Lan Pu Lan online, to promote their products to his nearly 1.4 million followers.

The 27-year-old spends up to 10,000 yuan (US$1,460) a month on beauty products and says China’s “Little Fresh Meat” — a term referring to young good-looking men — is spearheading this trend.

Despite what appears to be social progress in many of the country’s cosmopolitan cities, the video blogger says he still receives hate messages and criticism for appearing in smoky red eyeshadow.

“‘Why would a man look like that? Why does a man need to wear makeup?’ These are some of messages I get,” Lan said, adding he has been called a “sissy” and other slurs.

For Jiang, the fear of being ridiculed by his own parents stops him from picking up the makeup brush in front of them.

“I don’t want to have conflict with my parents,” he said. “We don’t see eye-to-eye, our values and concepts of life are different. I’m not saying that they don’t think me putting on makeup is bad or what, but they are just unable to accept the daily makeup routine for a man.” 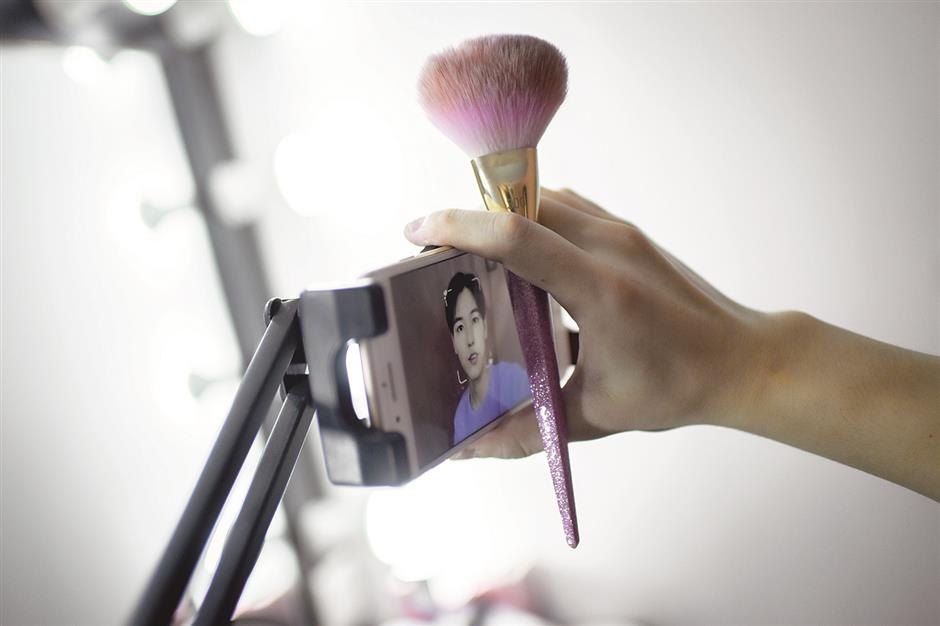 Jiang Cheng adjusts the camera when doing a video on men’s makeup.

But Mo Fei, the executive director for Chetti Rouge, a Chinese cosmetics company targeting men exclusively, says that will change over time.

“There will be more and more men who take more care in how they look and the demands will increase. Men in the East are more accepting,” Mo said.

He opened Chetti Rouge in 2005 with few products. Now the beauty company sells a wide variety of cosmetics ranging from foundation to lipstick solely for men and has moved the entire business online.

“We saw potential in the market very early on,” Mo said, adding that the company expanded to Thailand three years ago.

“It might be that men have accepted makeup. For men to browse products in shopping malls, may be for some men a little intimidating, hence the best way for them to buy is online, which is why our sales strategy is mainly on the Internet.”