Between worlds: the Filipino-Japanese living it up in Shanghai

With a formal black shirt and grey pants, Mario San Pedro Yamaura, a man who is half Japanese and half Filipino, looks crisp and professional during his working hours as a performance marketing manager.

But during his casual time he's a little more relaxed, playing darts, squash, and biking with his close friends in the city.

The 27-year-old came to Shanghai alone six years ago, just three days after his graduation, for a half-year internship in Shanghai.

“I’m still trying to figure out what I should do with my life,” San Pedro Yamaura said with a serious voice.

“If I stay in the Philippines, it means I would have to deal with the traffic, or move back to Japan with my parents,” he said. “I feel like I want to be more independent.”

San Pedro Yamaura has a unique experience living in the Philippines, Japan, and China, and he said these three countries offer him different feelings, especially when it comes to winter.

“In the Philippines we don’t have winter, and the winter in Japan is too cold because of the snow,” he said.

“I really enjoy the winter here,” he said with a smile. 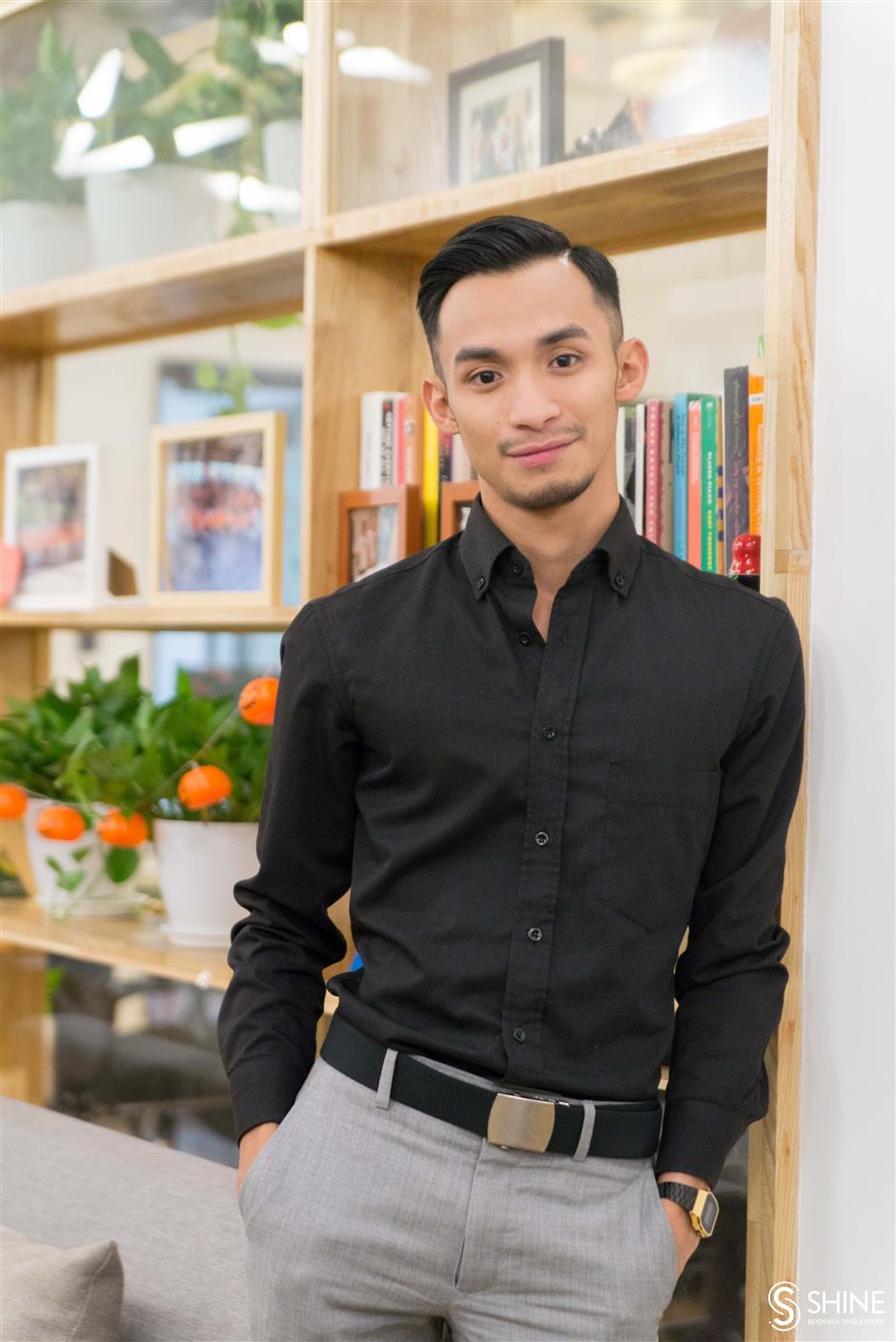 Q: You said you are half Japanese and half Filipino. Can you talk more about your family?

A: My mum is Filipino, my dad is Japanese. I was born in the Philippines and we moved to Japan for three to four years. But then my mom decided to buy a house in the Philippines, so we all moved back since then.

I have two siblings — I’m the middle one. My older sister gave birth recently and they are in Japan. And my younger brother and my grandma both live in the Philippines. I would say that I am more close to my mother and also my little brother.

Q: So, you have lived in the Philippines, Japan, and China — did these three countries offer you different feelings?

A: I would really say I like living in the Philippines, in Japan, and here in China, because those three countries can offer different things. Of course, there’s like pros and cons, good sides, bad sides. But I’m a very easy person, and I always like that kind of uniqueness of those countries.

I think all countries are very different. The Philippines is very nice, but there’s a lot of traffic. It’s a little hard to make new friends there. Like all you can do is always just hang out with your own group of friends. In Japan where we live, it’s a little quiet. So of course, it's a lot harder to make friends and I always just hang out with my mom and dad when I go there. And talking about the seasons, winter is very cold.

But in China, I think everything is more like the better of those two. The winter is not that cold, there is no really bad traffic here, and it is so easy to make friends or to hang out with other people.

Q: Did you remember your first moment, or the first impression of Shanghai?

A: My first impression in Shanghai was so different than what I’d expected because I thought that China itself is very traditional. China has like, the image of Chinatown, like very Chinese, but I arrived here in Shanghai, I was like so surprised because it’s very international. People are friendly. Locals, expats and the scenery or the feel, is really different from what I expected.

Q: Do you mainly socialize with other expats or try to make friends with Chinese?

A: It’s about the same. But most of my Chinese best friends, who really took care of me, moved out of Shanghai, or moved out of the country. I mean, I still have a couple of Chinese friends. But, the most loved ones moved to other countries.

Q: What have your Chinese friends added to your experience living here?

A: During my first few months, or years in Shanghai, they taught me how to bargain, how to bargain in Chinese, how to shop in Chinese, how to buy food or ask for directions. Because I think those are the things that I need, those are the things that I need so that I can live here. And then, I’ve learned a lot from my local friends. And since then, or until now, I’m still using those phrases that they taught me before.

A: I think it would be winter. Because I’m from the Philippines, we don’t have winter. The winter in Japan is too cold because of the snow. I mean, once in a while we do have snow in Shanghai, but we don’t have like crazy snow like in other countries, like in Japan for example.

Q: Compared to your country, are there any shortages in Shanghai?

A: I think Filipino foods. I mean, being a Filipino-Japanese, of course there’s a lot of Japanese restaurants, choices everywhere – mostly here in China. But I never find any Filipino restaurants here in Shanghai. I think Shanghai is missing that Filipino food touch. Because I think we do have like really delicious foods, but for Japanese, you can always find that everywhere.

Q: If you could pick one piece of advice for people moving to Shanghai, what would it be?

A: I think if they’re planning to move here, my first advice is the place where they should live. If they’re in their early 20s I would suggest them to live around Jing’an because that place has a lot to offer, from good restaurants, cheap ones, expensive ones, a lot of clubs, bar, gyms, and has a lot of youngsters around.

And for young people who want to live in Shanghai or work here, I would just advise them to start looking for a good internship program, based on my own experience. Because talking about my experience, I had a really good internship program back then and then they offered me a job in the same field, the same company, so I think that’s the best thing that I can advise which relates to how they can move forward by living here in Shanghai, to find a good opportunity from an internship to a very low position and then they can climb the ladder. 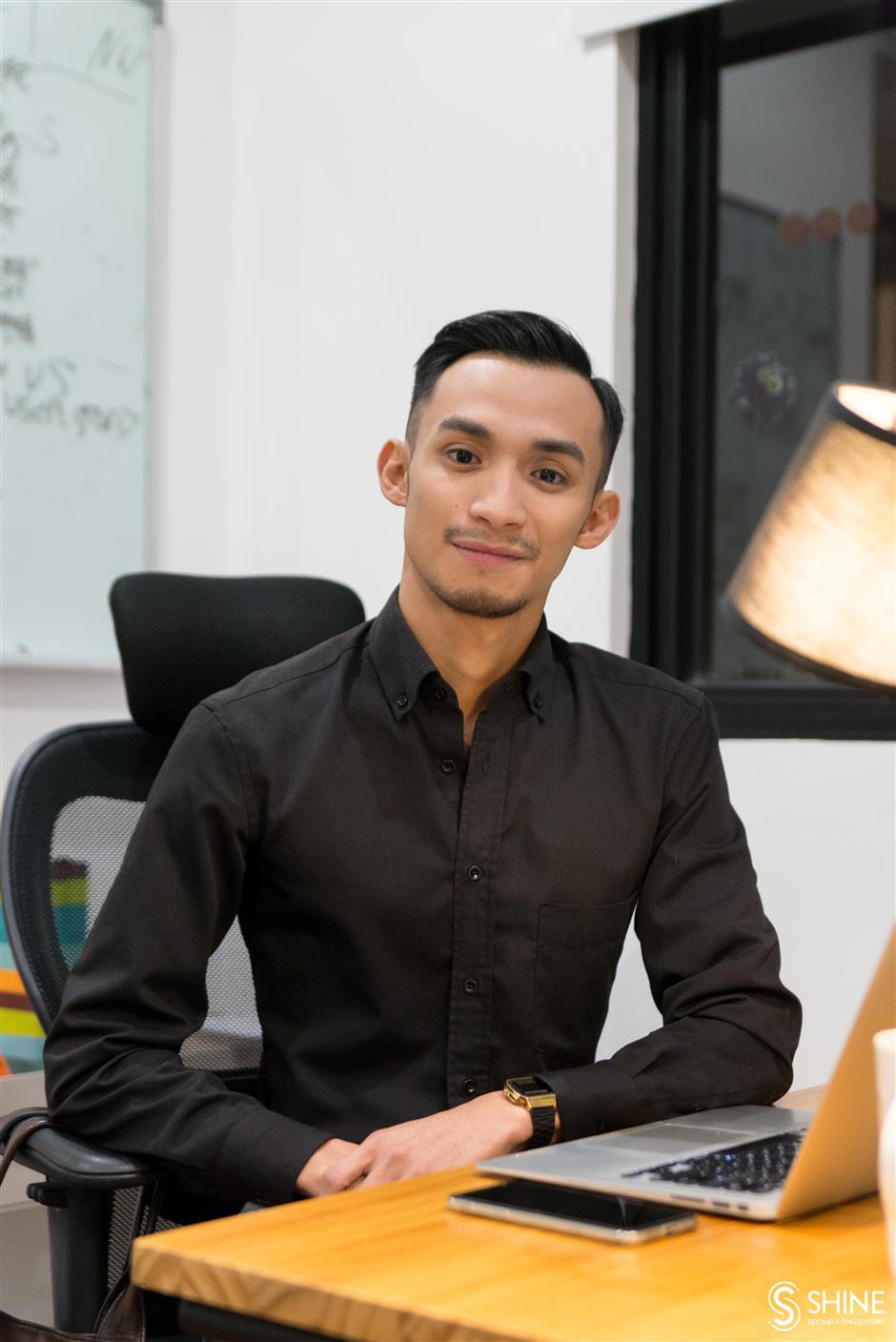 Q: If you had one day left to spend in Shanghai what would you do?

A: I would try to use all of the 24 hours to go visit the very first place where I used to live because that has a lot of good memories for me, I think. And I would meet the people that I’ve met here, both Chinese locals and expats, because they helped me to build my life here in Shanghai. I moved here all by myself, not really knowing anyone. So, they’re a really good part of my life.

And I would go back to the Bund. I always have good memories in that area. I met a lot of good friends there. And, I actually got the job call when I was in the Bund.

Q: Do you have an interesting or impressive story from during your life?

A: I’ve been traveling around Shanghai and China. I’ve been to Yinchuan, Inner Mongolia, Guangzhou, Hangzhou, Suzhou. And there’s a lot of places to mention. I find it very interesting because every time I go to different places, different provinces, differences cities, all those places can offer something unique. It’s really different than other cities. China is really big. I went to Yinchuan where there's a desert, where I rode a camel. And then, I go to different places where there’s a lot of tourists or there’s something different to offer.

And one more interesting thing is about Beijing. Before I move to Shanghai, I was living with my grandma. And then I told her that I was so lucky that that company finally accepted my internship application. I was so excited that I told her that I was finally going to see the Great Wall of China. And then I moved here, Shanghai and I actually realized that Beijing is like five hours away by a train or plane. I’ve been to a lot of places, provinces or cities in China, but not Beijing for some reason, I don’t know why. I should go. It’s still on my bucket list.

What does Mario want to say to himself in the future? Have a look! Mario is sending a message to himself 10 years from now!