Father saw the Party as hope for the future

Editor’s note: The article is a recollection of life stories of Jiang Tiyun, a scholar and member of the Communist Party, by his offspring. 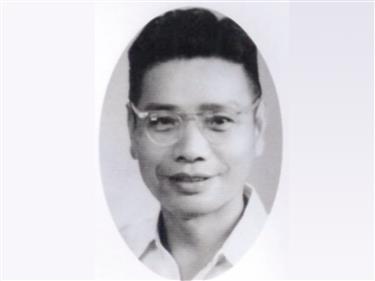 The life of our father, Jiang Tiyun (1909-1968), from a patriotic youth fighting against foreign invaders to a mature Communist Party official, is still impacting we seven siblings.

Our father was born in the rural Jiangsifang Village in Songjiang’s Yexie Town near Huangpu River. Though he was born into a family of the landed gentry, the family had come down in the world at that time and father had quit school when he was about to finish his elementary school education.

He plowed the land at home while persisting in self-study and receiving correspondence courses from the Commercial Press in Shanghai.

In the summer of 1935, our father was enrolled in the Great China University, one of the precursors of East China Normal University, and majored in English.

He became a teacher in several elementary schools in succession, but the Japanese invaders’ landing on Jinshan beach and the fall of the surrounding area in November 1937 forced him to quit his job as a teacher and begin to search a way to rescue his country and its people.

The enemy-resistance team which father and several other youths had launched was suppressed by the Kuomintang government, and he had also been blackmailed and attacked by local bandits. All this made him realize that the Communist Party was the hope for his country.

Our father joined the Party in 1941 and became the first member the Party enrolled in Yexie Town during the War of Resistance Against Japanese Aggression (1931-1945).

A tragic event occurred in July 1945 in that a peasant family was robbed of their last amount of rice as taxes and all the members had no way out but to commit suicide. The event aroused anger among local people and father launched an investigation first and a protest later. The protest was followed by a large-scale peasants’ movement in which the persecutors were punished and revolutionary thoughts were further spread.

In 1952, father was appointed as Party secretary of Shanghai’s Tongji University and his heuristic way of teaching was quite popular among students.

As a parent, he was kind to his children and never beat us, for he believed children are in a vulnerable position compared with adults and beating would mentally hurt them in addition to the physical hurt befalling on them.

Father was always busy during his lifetime and our time spent with him was scarce, which made our memories of him even treasured.