Lured to Shanghai by its enterprising spirit

With his tall and strong physique, Casper Tollerud from Denmark fits our imagination of Nordic people.

Having learned Chinese history in Denmark, Tollerud enrolled at Anhui Normal University in Wuhu, Anhui Province, to gain a better understanding of China in 1999. He was joined by his wife Meeja Neergaard.

Now, the 44-year-old can speak fluent Chinese, and is the tourism ambassador for Gansu and Chengdu tourism bureaus since 2015. He has also been the guide for Danish Prime Minister Helle Thorning-Schmidt when she visited Shanghai in 2012.

“If you really want to immerse yourself in a city or in a culture, and if you want to get the best out of the place you live in, you will get more of it if you learn its language,” Tollerud says.

With China in the midst of reforms and opening-up, Tollerud bet on the future and started a travel agency in 2008. Today, his company has offices in Shanghai, Xi’an in Shaanxi Province and in Denmark, and provides in-depth knowledge of Nordic destinations to Chinese travel agents, and market statistics and analysis to foreign tourism organizations.

“There are a lot of unknown Nordic destinations for us to discover. We want to help people to plan more unique travel routes,” he says.

Having lived in Shanghai for 20 years, Tollerud says he likes the enterprising spirit of the city, but he hopes people here can concentrate more on the things that have a real value.

“I think China is already extremely well developed,” he says. “But I think the mentality of China including Shanghai is still a little bit behind Europe in the sense that you see people focusing on buying big cars or other things.

“I would like people to focus on things that have a real value, like protecting the environment,” he says. 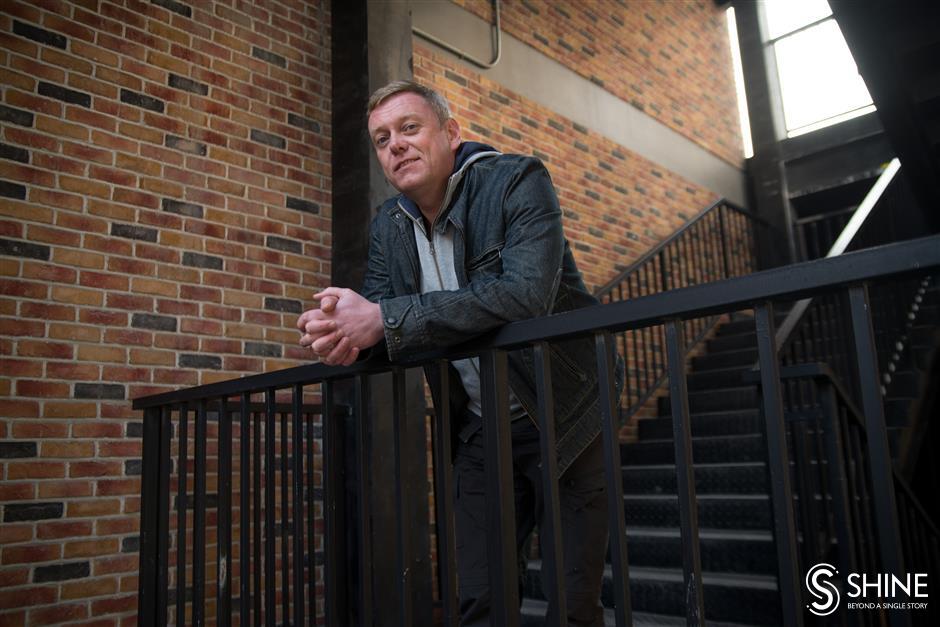 Q: How did you learn Chinese?

A: First of all, it was part of the studies we did at the university. Our main subject was Chinese history, Chinese culture and Chinese politics. In Denmark, we learned very little.

I am probably one of the few foreigners who think Chinese is not that hard. It’s quite easy to learn especially because the grammar is very simple, compared to European languages. You don’t have the past tense, the future tense and the graduation of the verbs.

The very first job I got in Shanghai before I became an entrepreneur was in a local Chinese company. Nobody spoke English. It was really tough but I really liked it, because every day I could learn more.

That is extremely helpful for me now. We do some business with local governments around China and maybe they are not always the best English speakers, to be honest.

I gain quite a lot of credits and respect from their side because, you know when they treat me as “ 邻居 (neighbors),” there’s no communication problems or barriers between us. I think it’s quite important to be able to speak Chinese. I learned a little bit in Denmark, very little. I got to be in the environment here. If you are here every day and everybody is speaking Chinese to you all the time, then you learn little by little. 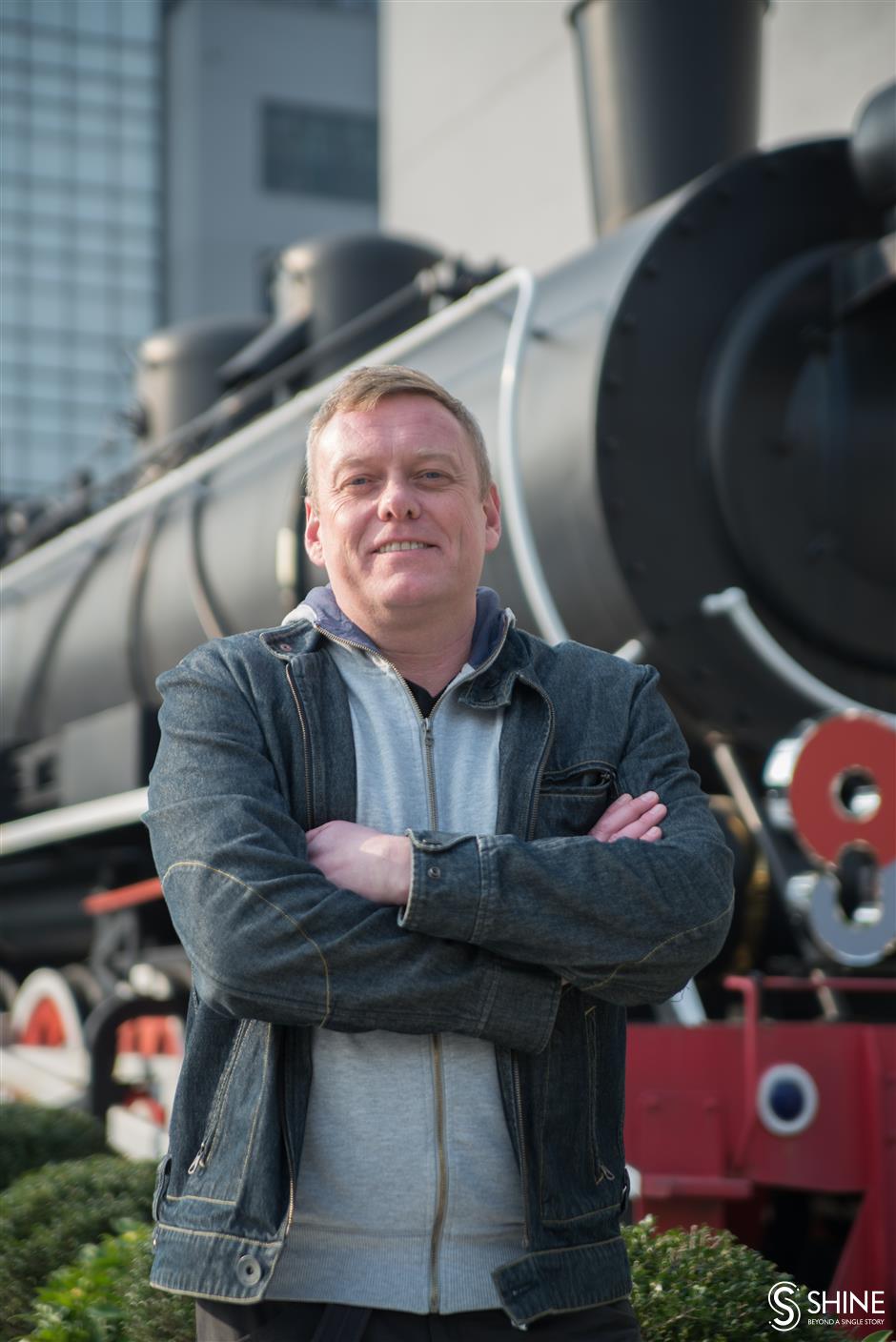 Q: What made you choose Shanghai to live and work in?

A: Many reasons. We used to live in Wuhu, so we came to Shanghai a few times and got familiar with the city. Shanghai gave me a really good impression because it felt like a good place for foreigners to develop.

It was probably slightly more open than some of the other Chinese cities at the time, so my clear goal was to establish a company, and it felt like it was easier in Shanghai than Guiyang or other places. I remember very clearly that when we discussed what the options were. One was Shanghai because we knew it quite well.

Obviously, Shanghai has a very long history and experience with foreigners, since the Opium Wars and later the opening-up of China.

Shanghai has always been at the forefront in China’s connection with foreign countries, so it seems like quite a smart place to begin. Also, I think the location is excellent, close to the Yangtze River.

Q: How do you spend your weekends?

A: It depends. Sometimes, just relax and work out. Both my wife and I enjoy Thai boxing, so we train for that. My wife’s family has also moved to Shanghai, so her sister, our nephew and the sister’s husband also live here now. So we hang out with them or something like that.

We also travel around China. I’ve been everywhere and I’ve been to Gansu maybe 30 times. I haven’t been to a few places in the far north because the nature of the far north of China looks very much like at home. A city I like very much is Xi’an because I used to study Chinese history. That’s a very historical place. Guizhou and Gansu are also places I enjoy very much.

A: Actually what I like the most about Shanghai is its enterprising spirit. If somebody I have never met before speaks to me on the Metro, I will speak with them. Be it a street cleaner or anyone else, I speak with everybody because I want to be a little polite, but also because you never know in Shanghai where your next opportunity comes from.

Quite a lot of the business I’m doing now is not because the government knew about me and called me, it’s because I know this guy, he knows that guy, so I think the soul of the city is quite unique.

I think we are seeing more places of China now, slowly opening up in this way, but Shanghai was the forerunner, and I think it is fantastic that we have that opportunity to live in a place where you can find new things every day.

The approach to business in Europe has become very guarded as they’re worried about everything. So that’s one of the reasons why it’s so hard for us to bring them over to China. But in Shanghai, we would just sit down and have a meal and discuss. It feels like every day there is something new you can do, and I think it is fantastic.

Q: Compared to your country, are there any shortages in Shanghai?

A: I love my life in Shanghai, but one thing I really miss here is quietness. It’s really hard to find a very quiet place in Shanghai.

I live on Tianshan Road, even if I go out at 3am in the morning, there are still a hundred people in the street. I come from a very little town in Denmark with three or four thousand population. Sometimes I just need a bit of quietness and no cars.

I chose to come here and I chose to live here so I can’t complain, but it would be nice sometimes to just have a quiet moment for a minute.

Q: What’s your advice for people who are thinking of moving to Shanghai?

A: Leave your preconception at home. China is not what you think, and what you read about. And I say the same to Chinese. I have some friends who want to go to Europe and open companies, and I say the same.

Don’t think it is like what you think it is. There are a lot of foreigners who come over here and open companies, but fail. One of the reasons, I think, is not that China is difficult, but because they come over here, and see things different from what they had in their minds.

Q: Tell us some interesting stories relating to Shanghai?

A: I have had some very good experience when the Danish Prime Minister visited Shanghai in 2012. It’s kind of cool for me to be the guy accompanying the Prime Minister of my own country and the Mayor of Shanghai.

When we had the Beijing Olympics in 2008, Shanghai was the home ground for a lot of football games. I worked for the Olympic Committee as a VIP guide.

What does Casper want to say to himself in the future? Have a look! Casper is sending a message to himself 10 years from now!