Instead of simply selling products in an offline store, Shanghai’s pop-up stores have become exhibition spaces for both online and offline merchandise.

Cosmetic brands have made their pop-up stores places for taking photos, inviting celebrities to raise their profiles on social media. 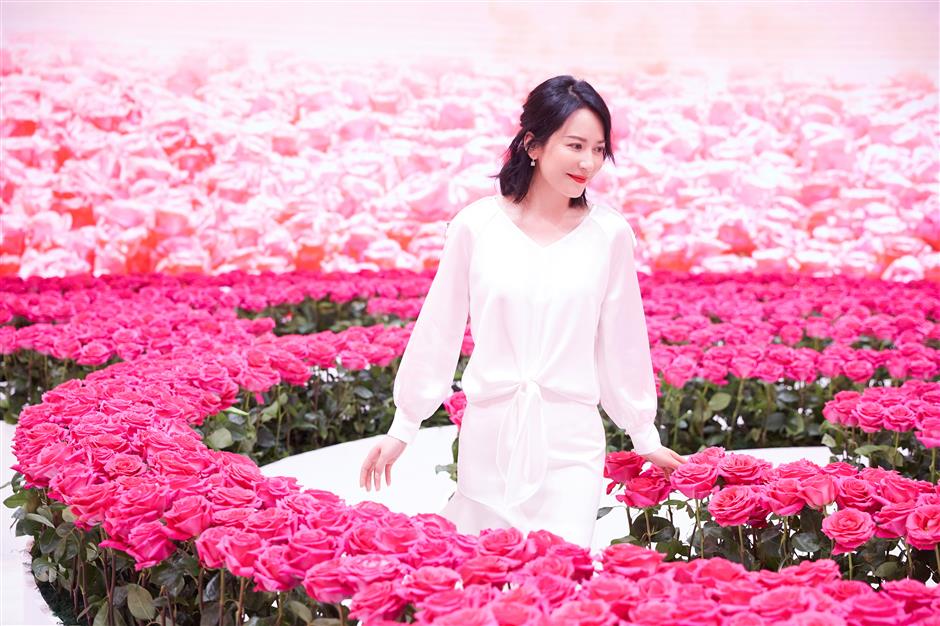 Yu Feihong, a Chinese actress, appears at the Absolute Rose Exhibition in Shanghai.

Recently, Lancôme built a maze with thousands of roses for its Absolue Rose Exhibition in Shanghai. Visitors received a gift when they completed all the interactive experiences along the way, plus a free facial spa by making an online appointment. Lancôme invited lots of stars such as actress Yu Feihong and actor Chen Xuedong, singer Ju Jingyi and other online celebrities to the exhibition.

Last month Kiehl built a virtual Calendula factory in Shanghai New World Daimaru Department Store, with an interactive screen. Shoppers could pick their favorite animals and paint them with colorful petals to create a background for photographs. They also invited Meng Meiqi of the group Rocket Girls 101, and the mall was crowded with her fans. 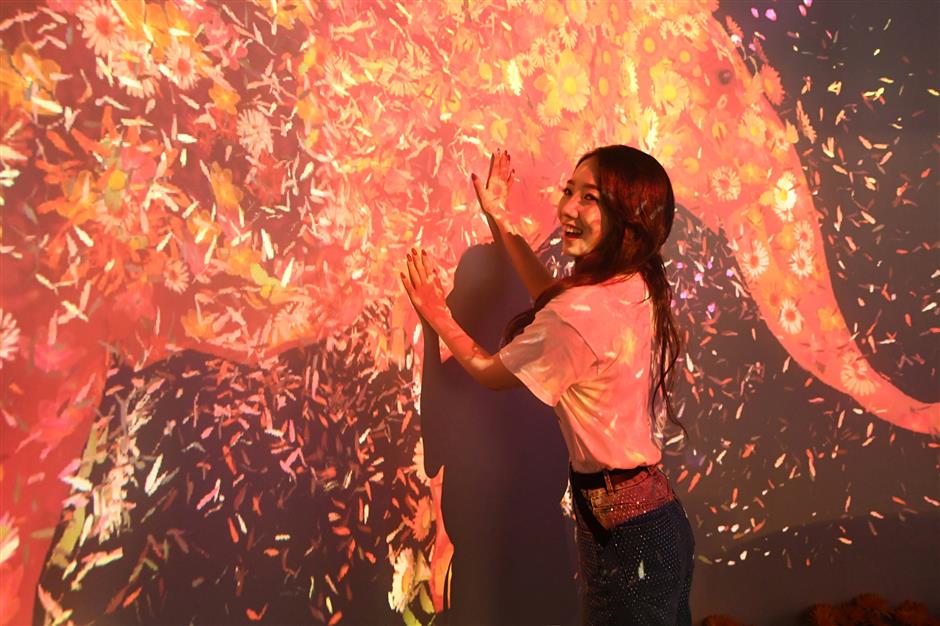 Exhibitions based on movie franchises or celebrities are driving sales of high-end brands.

Avene, a European pharmaceutical brand, changed its marketing strategy. Instead of promoting the functionality of its products, Avene invited actor Li Xian to be its brand ambassador. His debut was at a small pop-up exhibition in Raffles City Shanghai, one of the most popular places for small pop-up exhibits with a hot star.

Chopard also chose Raffles City for its pop-up exhibition for the Happy Chopard fragrance collection, with Lin Yanjun of idol group Nine Percent invited. Live streaming of the event has more than 3 million people watching, bringing the highest daily sales of the perfume. 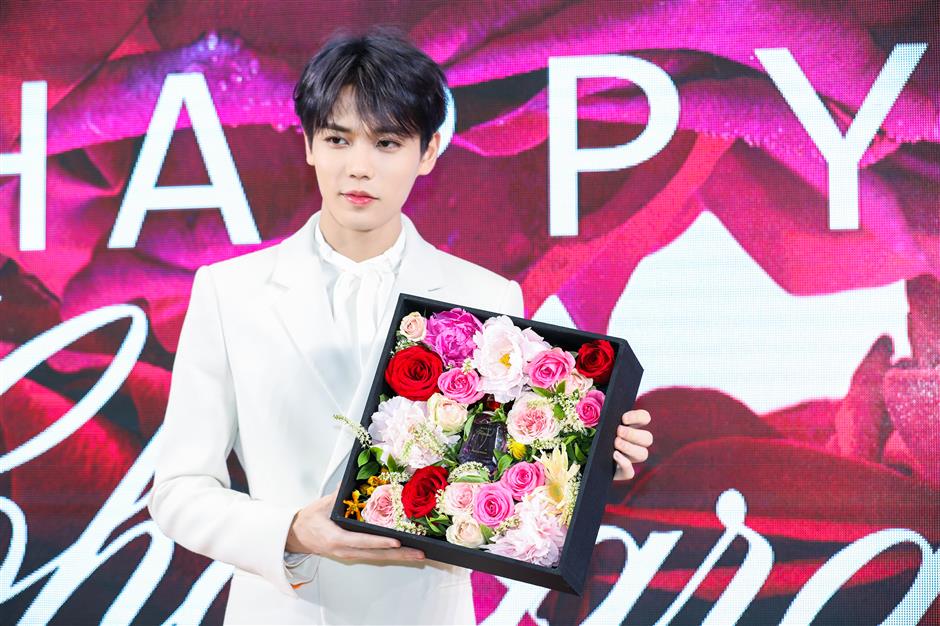 Lin Yanjun, a Chinese singer, shows the floral work he made in an exhibition for Chopard.

If you’re a movie lover, then you have most likely witnessed the Hamilton Watch Company’s starring role on the wrists of many a celebrity on the big screen. The brand has been involved in movies for decades, with its big break coming Elvis Presley’s 1961 movie, “Blue Hawaii.” Since then, Hamilton remains one of the most sought-after brands for celebrity wrists in movies. This year, the asymmetrical Ventura watch is the official watch of “Men in Black International,” to be released in mid-June. Hamilton has partnered with JD.com so customers can buy watches as they are watching in a cinema.

“Today you have to be strong online, and present products well with nice videos. We have a lot of stories to tell,” said Sylvain Dolla, CEO of Hamilton.

Exhibitions and crossover not only provide consumers with interesting activities, but also make for a better online shopping experience. 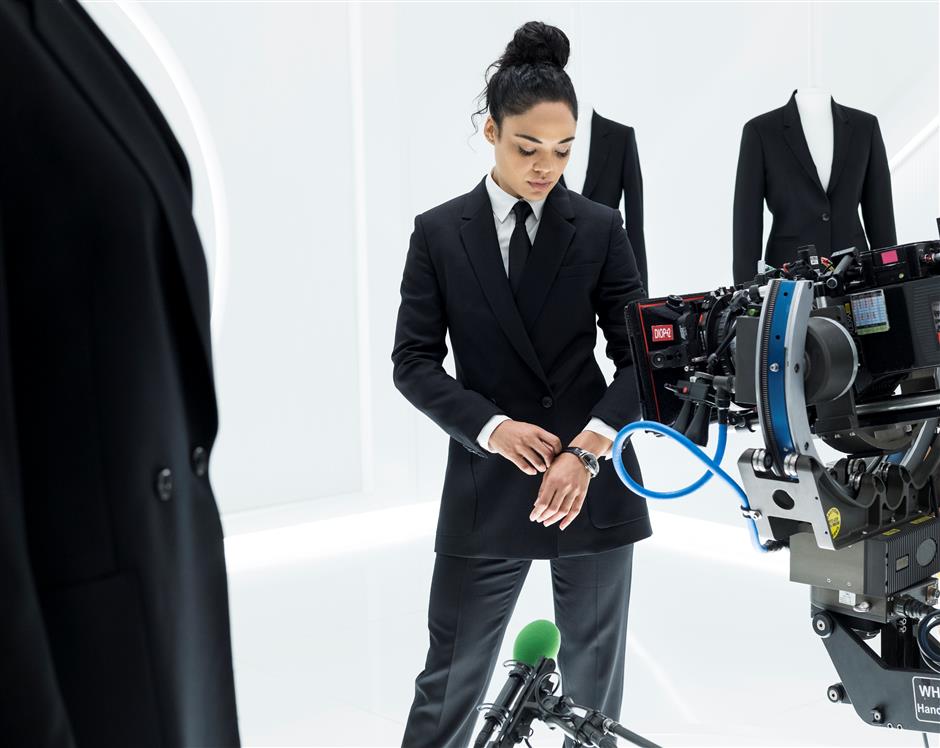