Businessman Ami Dror has just embarked on yet another entrepreneurial journey in a challenging new field.

The Israeli entrepreneur has become the founder and CEO of LeapLearner in Shanghai — an online, virtual-classroom-based education platform specializing in coding, science and technology.

In the past decade, the 46-year-old has set up several companies, such as XPAND 3D in Los Angeles and Zaitoun Ventures in Tel Aviv–Yafo, Israel. He was also director of Biological Signal Processing (BSP) and IceCure Medical.

Dror began his career in the public sector, serving in the Israeli army and in the Israeli secret service as the head of security for the Israeli president and prime minister. Dror considers his service as one of the most innovative times of his life.

“I like to solve problems and I usually start enterprises that can solve these problems. Of course, many of them failed,” said Dror, who loves to run in his leisure time. “Passion creates time and I can run companies all around the world only because of one thing — passion.”

XPAND 3D, Dror’s first company in 2005, developed 3D technology for cinema and home entertainment and was a great success. The motivation was simply, said Dror, because he loved movies and wanted the cinema to be a little better.

Later he set up a medical devices company, Amblyz, in 2014 to help children with amblyopia, because he found a better method of treatment that would make the kids happier.

About three years ago, he came to Shanghai with his wife, Noa, and their three kids and started to build LeapLearner, to teach children from 6 to 18 the art of computational thinking from the comfort of their homes, or via the online LeapLearner learning centers. 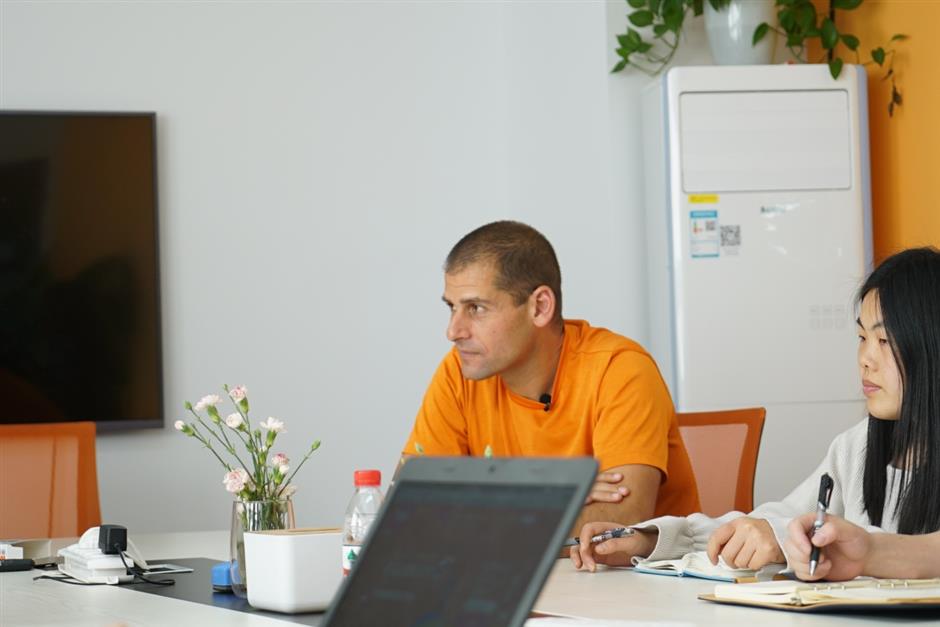 Dror in a meeting, where his employees communicate in Chinese

“In theory, there’s no connection between all these companies, but in reality, there is. I like to solve problems. So when I see a problem in education, I cannot help but try to solve it,” he said.

Dror believes that coding is the language of artificial intelligence and should be learned by everyone in the 21st century if they don’t want to be eventually replaced by AI.

Dror has published a book in Chinese that was co-authored by Huang Zhaodan, a Chinese education expert. In the book “Raising the Next Generation of Innovators,” they provide a cross-cultural comparison of Jewish and Chinese education. It also sets eyes on the future of education and tries to explain to parents that children need to learn new skills so as to prepare them for the AI world.

Taking risks, as well as independence and critical thinking, will eventually lead to innovation, Dror said.

As a father of three, Dror is very involved in their education. They are his first priority, followed by work.

His kids Michal, Shira and Gili have been to more than 40 countries since they were born.

“Noa, my wife, is a great advocate of global travel,” Dror said. “Along the way, we find problems and solve them.” 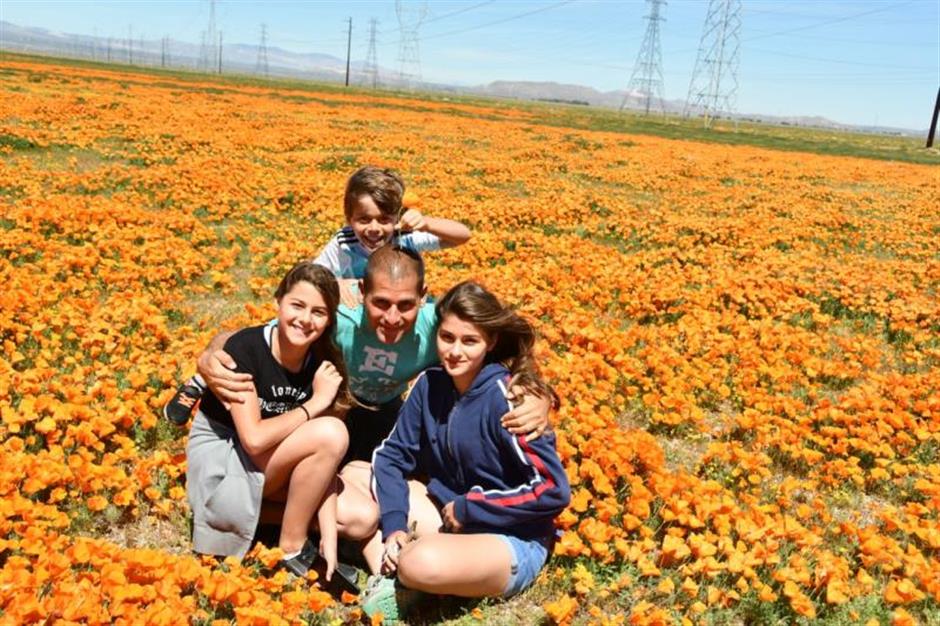 Dror with his three kids in California

Q: Was there any culture shock when you first came to Shanghai?

Q: What are the differences between starting a company in Israel and China?

A: Starting a company here is wonderful. Because, for example in Israel, if I had to hire 100 software developers, it would take me many months to find them; while here if I need to hire 100 people, I can do it in a few days.

Every time I come to a new country, it’s difficult. I need to adjust and learn from it. I actually become better and stronger. I learn every day from my employees and partners in China.

Q: What do you teach at LeapLearner Shanghai?

A: LeapLearner is an online, virtual-classroom-based education platform specializing in coding, science and technology.

If you look at Jewish and Chinese culture, they are similar in the fact that they’re both very old cultures. There’s lot of respect in the family if you are educated. The parents will invest a lot in education of the kids. The only thing that is different, I would say, is that Chinese kids, and mainly their parents, do not take risks.

Israeli kids are usually encouraged to take risks. So this power of taking something from zero and to create the first step is something that we definitely try to teach in LeapLearner.

Q: Now you have more than 100 employees with the LeapLearner in Shanghai. How does it work?

A: When I started LeapLearner, I had 10 employees, and we were sitting in a meeting room. I was the CEO and I told them what we needed to do. They just took notes, left the room and did exactly what I told them.

I was so disappointed, because if I tell my team in Israel to do something, they will never do what I tell them and even they will ask me why they should do those things, and then we will have a full discussion.

This is something I call “chutzpa,” which is a Hebrew word meaning the quality of audacity, for good or for bad.

Another challenge is that I can’t speak the language. Think about it, 80 percent people in my company cannot communicate with me. It’s hard to manage an organization if you don’t understand them.

Very early I had to make a choice, whether to only hire people who can speak English or not, and I decided not to. I wanted to enjoy the benefit of building a Chinese company and not try to make it Israeli. The crazy decision means that I have to learn many things, and they have to learn many things, especially the managers. But then we create a beautiful harmony and balance in working, which is fast and efficient. 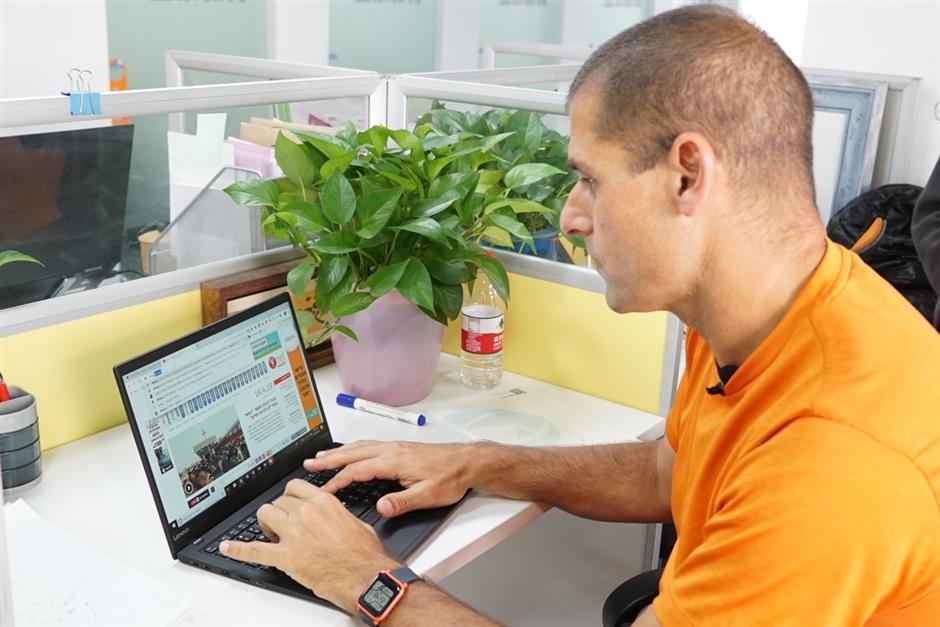 Dror has the same desk as all employees, instead of a private office

Q: Do you always make plans far into the future?

A: Never. I usually plan one weekend in the future. I definitely don’t plan years ahead. It’s very important to do it this way. I think that’s something I learnt in Israel, because it is a country and a culture that educate you to be ready for the unexpected. We need to adjust very fast, and innovation is all about fast real time adjustments.

I’m keeping my eyes wide open. When I see problems — I try to find solutions. I haven’t discovered tomorrow’s problems yet. How can I know these problems? I can just have a pattern, trying to make things better, trying to make improvements, trying to make our world a little bit better. It’s so simple.