FitFam brings fitness to the masses 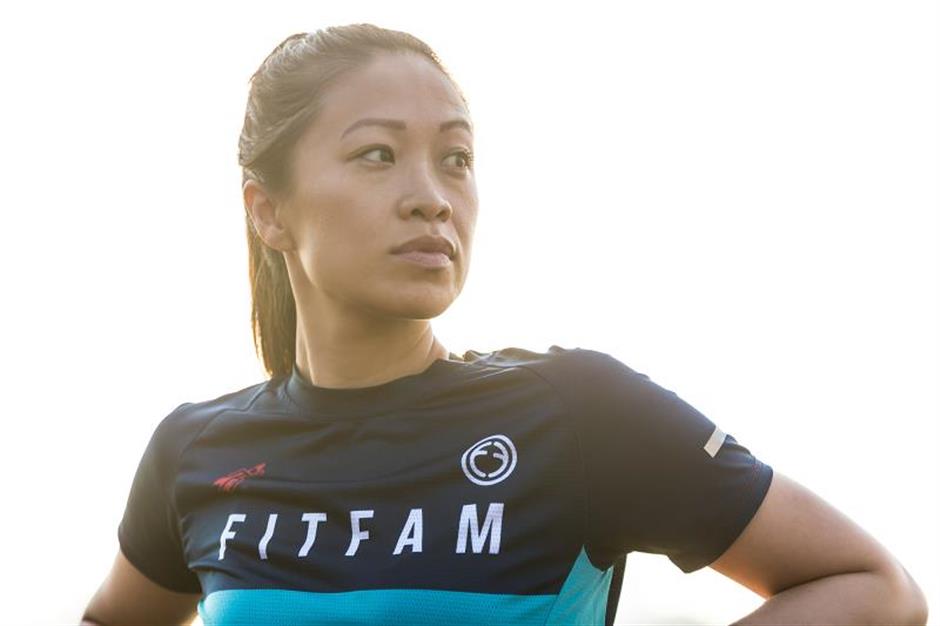 Vy Vu, a co-founder of FitFam.

Why do you think FitFam became so popular?

FitFam is more than just a fitness group; it’s about building communities and supporting one another to grow together. Generally speaking, when you exercise, your body releases endorphins which tend to trigger a positive feeling; workouts make us feel good about ourselves.

But how has FitFam been able to grow so well in China? The answer lies with people’s increasing need to belong. In parallel, gyms and other fitness studios aren’t always fully accessible to everyone, because of money, membership commitments or fitness levels.

On the other hand, FitFam has always been accessible because it’s free. But that’s not the whole story. Free membership isn’t the only appeal; it's more about being able to provide something that is entirely fueled by the community, and accepting people from all levels and social backgrounds.

Initially, FitFam was just a group of friends working out together. How did you become such a big fitness community?

How the community grew and the word spread was all organic. Linking it back to how we started during the cold winter of 2015 in Shanghai, once the winter finally ended and our fingers had begun defrosting, spring brought new friends, friends of friends, and so on. Curious early risers running around the track of Luwan Stadium asked if they could join.

We understand that humans are universally born wired for connection. Whether we consider ourselves introverted or extroverted, chances are at one point or another we crave social interactions and contact with other people. For introverts, it could be about interacting with other introverts on the basis of understanding each other's pain and preferences; while extroverts, well... not much explaining needed here. The point is that we seek and embrace meaningful social experiences whenever given the chance, and that is what FitFam has been about since day one.

From that point on, we went from six friends to thousands of fitness and social enthusiasts from Shanghai, China, and all over the world coming together in any of our 30 plus locations around the city, and as of this month, five other cities in China. 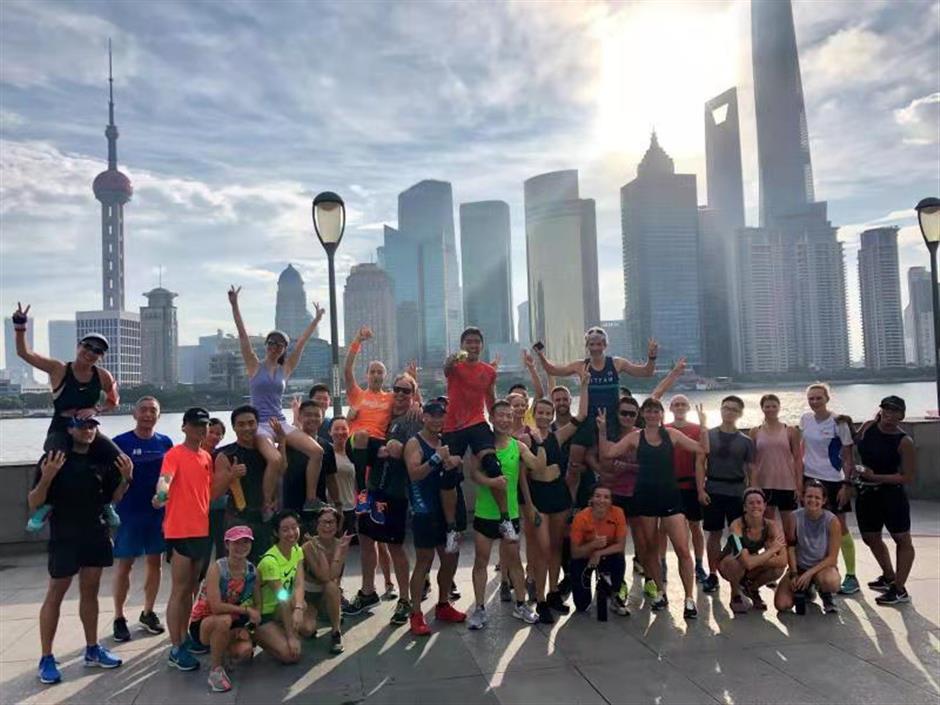 A recent meet-up of FitFam at the Bund.

Why is it important for a community to grow?

I love that it's growing. That being said, we’re not trying to force it to grow nor push anyone to help grow it to an X number of cities or countries. We hope that our participants and our volunteers really embody what FitFam is about, and that in this process our communities help other people to become a lot more active in everything they do.

How do you manage to maintain high-quality workouts and still be accessible for everyone?

On the accessibility of our workouts, adding money into it, even if it were just a few yuan per person per session, would change the whole agenda and purpose. Our leaders are either students, working professionals, or retirees. This is all on a volunteer basis, and I will personally vouch for it by stating that through this community I have made some of my most important and lifelong friendships.

Did you notice that attitudes toward fitness have changed in Shanghai since you first arrived here?

When I was in my first year (seven years ago), fitness was mostly practiced and embraced by elderly people. I saw them dancing, doing tai chi in the park and running more than anyone else.

Now, obviously, that's changed a lot. You'll see runners of every single age group coming together and exploring the city’s streets and tracks.

Running has become really popular in Shanghai, and the government has put a lot of money into developing the full length of the Bund to encourage a lot more people to train for longer. With the improvement of air quality as well, you can do a lot more outdoor sports. And there's a lot more races. Now everybody is trying to be a lot more active.

Fitness is not only about motivation, but also about willpower, which is a limited resource …

Tons of research has been conducted around the psychological and habit cycles around New Year's resolutions, many of which revolve around "going to the gym a lot more this year" or "eating healthier" or more broadly speaking "improving my health" and yet, most of them fail after just a few weeks.

Some (myself included) can argue that the lack of self-motivation as well as accountability puts us in a bad position from the start. It takes A LOT of self discipline to 1) try a bunch of different gym workouts to eventually plan the perfect workout that works for you, 2) bring yourself over to the gym consistently in order to see results, and 3) regularly watch other trainers and content to make sure you're doing the movements properly. That's a lot of work for untrained gym-goers or fitness wannabes. But also: most of us are on our own. It's boring. Unless you're 100 percent committed to finishing your reps at the gym every other day, every week of the year, it gets lonely.

What advantages do you get from doing fitness?

Personally, fitness has allowed me to do a lot of things in my life. I've got a lot more energy. I'm getting more sleep. I've been able to do incredible things with my career that I never thought that I would do. I find that one hour to work out helps to release anything that's negative like any kind of stresses. I can walk away feeling like my shoulders are a little bit lighter. I'm a little bit less anxious and I can think more clearly. It helps me to come into work clear minded, knowing what my priorities are. And then I just work through them.

How do you see FitFam in the future?

One of our core beliefs is to be able to give fitness to all. Ideally we would be looking at that growth. Because it is really great!