About four years ago, twin sisters Sun Weixiao and Sun Weimiao from Yichang city in China's Hubei Province began to do live streaming and film selfie videos for fun on every social media video platform they can reach, such as Huajiao, Meipai and Kuaishou.

At that time, they were still high school students.

“When we knew TikTok in early 2018, friends around us were all using it. So we tried it,” said Weixiao, younger sister of the twins who were born in 1999.

“During that period of time, we were mainly doing live streaming, and filmed a handy video for that app,” added Weimiao, the elder. “Our first video on TikTok gained much more attention than we expected, so we kept on updating it.”

Since then, the twins have became online celebrities. They've had more chances to perform in various shows like China Joy, and they sometimes also do modeling. 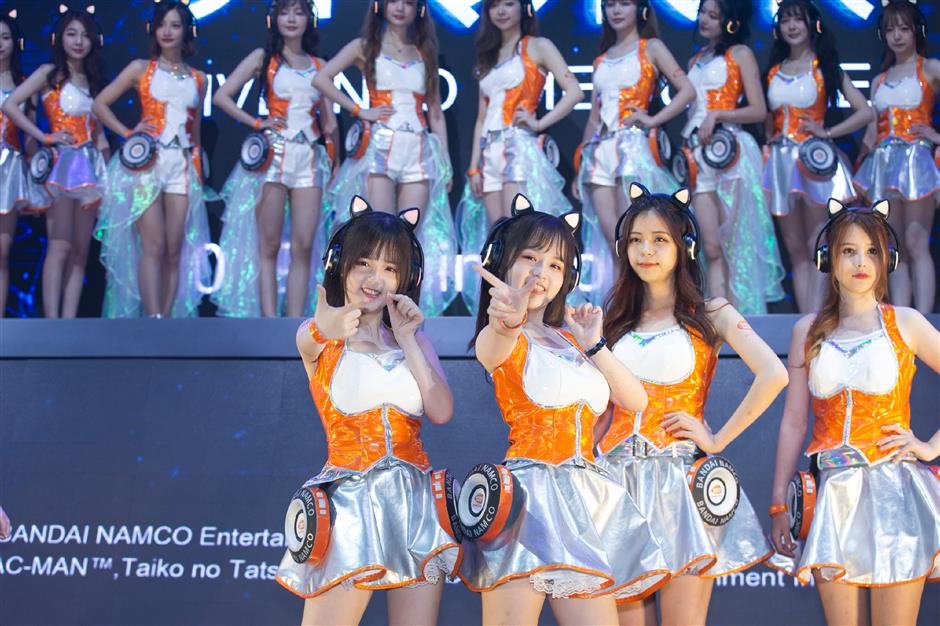 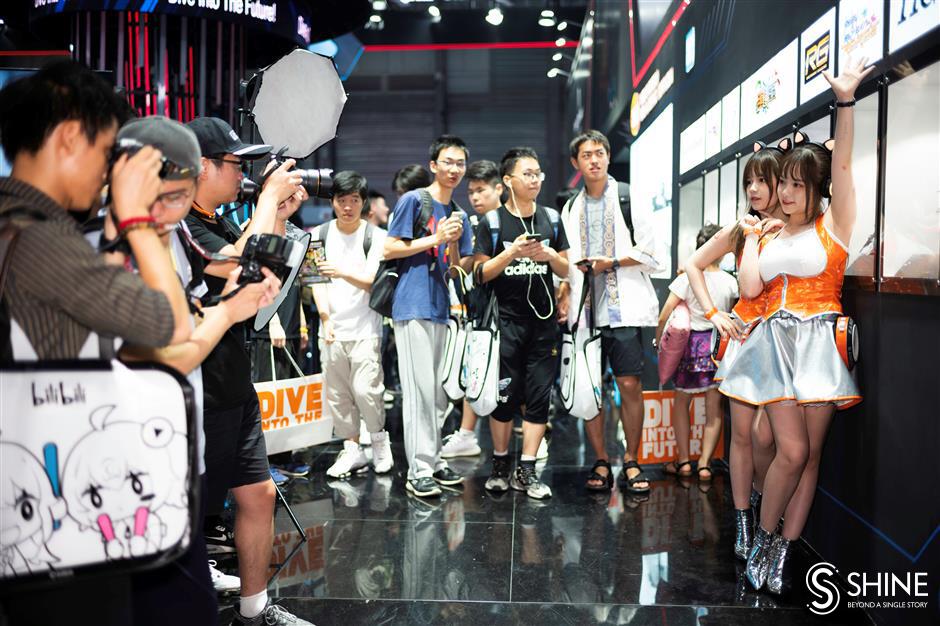 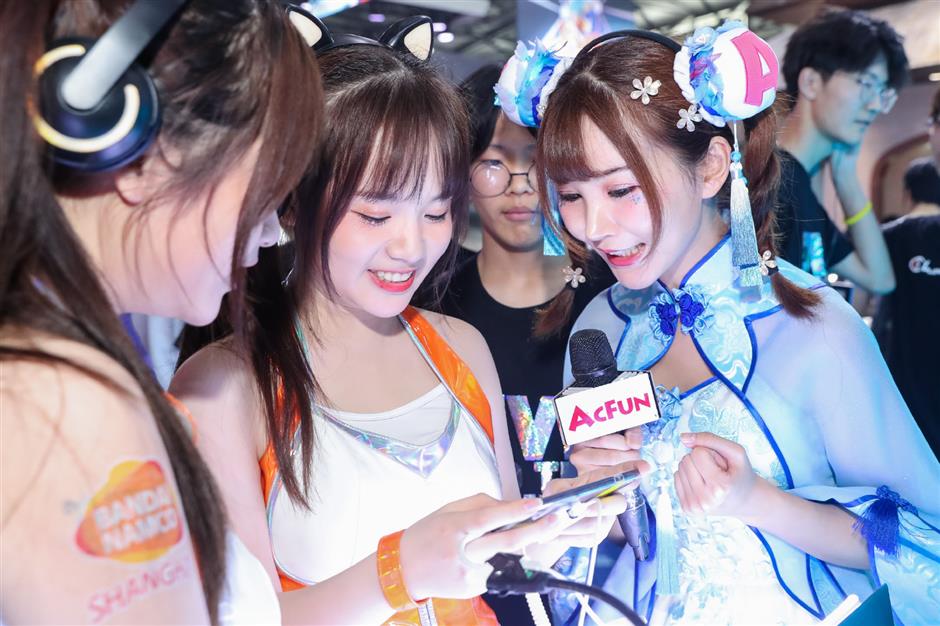 “It's easier for us to gain attention, because we are twins,” Weimiao said. They attracted more than three hundred thousand followers on social media within the past two years.

“At first, their followers gave us a sense of presence,” Weimiao explained, “and then we felt fortunate and happy, because every day there’s some fans that care about us.”

When they were asked if they wanted to be online celebrities as a living, they immediately said no.

Weixiao shared an analysis of big data she saw recently: “It said only about 6 to 8 percent of online celebrities could earn over ten thousand yuan per month. Most of the rest can barely make money despite the hard work, like they need to dress up all day long, or keep talking, and there's no time left to learn new things.”

“Yes, you may win fame and money, but you need to put all of your time into live streaming, ” Weimiao added. “You will lose many things like your leisure time and your health."

She continued: “We do this to cultivate ourselves to be stronger and more self-confident, and have more opportunity to socialize with different people, but not for money.” 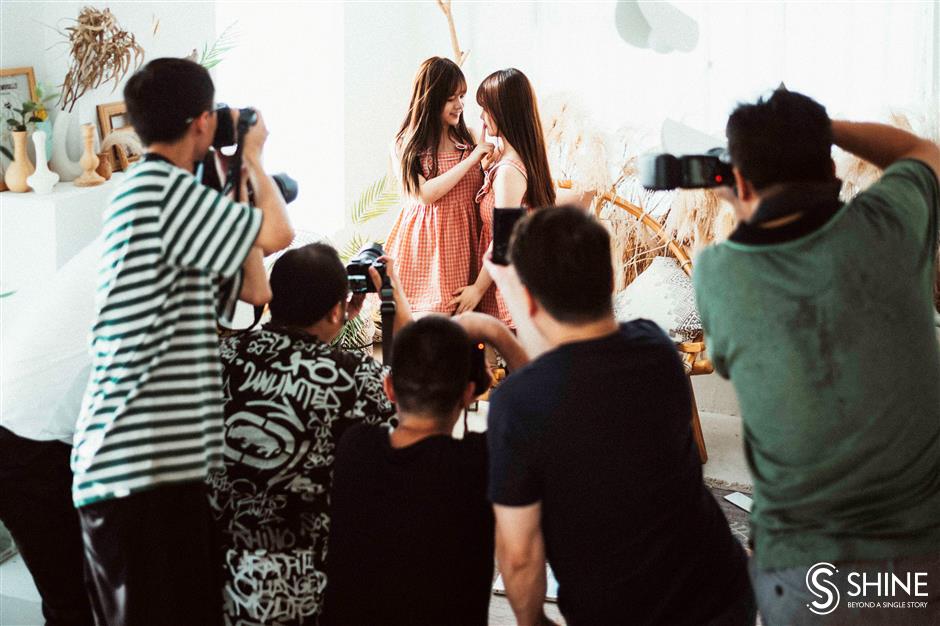 The twins' mom always says that she trusts every choice they make, as long as they're happy.

When the twins were just ten years old, their parents let them go to shops to buy clothes by themselves. When they graduated from high school, both decided not to take China's important college entrance examination.

The twins smiled to each other, and Weimiao recalled that decision: “Both of us reckon an exam can't decide our lives.”

Older generations in small counties of China usually hold the idea that a "good girl" is one who stays in the county, marryies a "good guy" and has a "good family." That doesn't appeal.

“I still think I need to have independent thoughts with independent earning power which I chase all the time,” said the elder. “I hope to see both the beautiful parts and the bad parts of the world, and then ask myself what kind of life I really want to have.”

The twins just arrived in Shanghai half a year ago, after staying in Shenzhen for a couple of months by themselves. They wanted to experience life in metropolitan cities.

“Shanghai has a huge army of amateur photographers.” Weimiao is talking about a group of people who spend money hiring pretty girls to be models for a couple of hours for them. “This is called yue pai,” Weimiao added.

Besides yue pai, their jobs now include being show girls in various events and models for shops on Taobao.com. Their incomes are “pretty good.”

Now, the twins have new aims: they've decided to pursue further education in Japan, using money they earned themselves. Enough for both.

Want to know more about the twins? Watch the video filmed in Shanghai above.