Probably one of the most popular halls at the China International Import Expo is the food hall, perhaps unsurprisingly, so naturally I left visiting as long as possible because I knew I’d be battling hungry crowds. I wasn’t wrong. 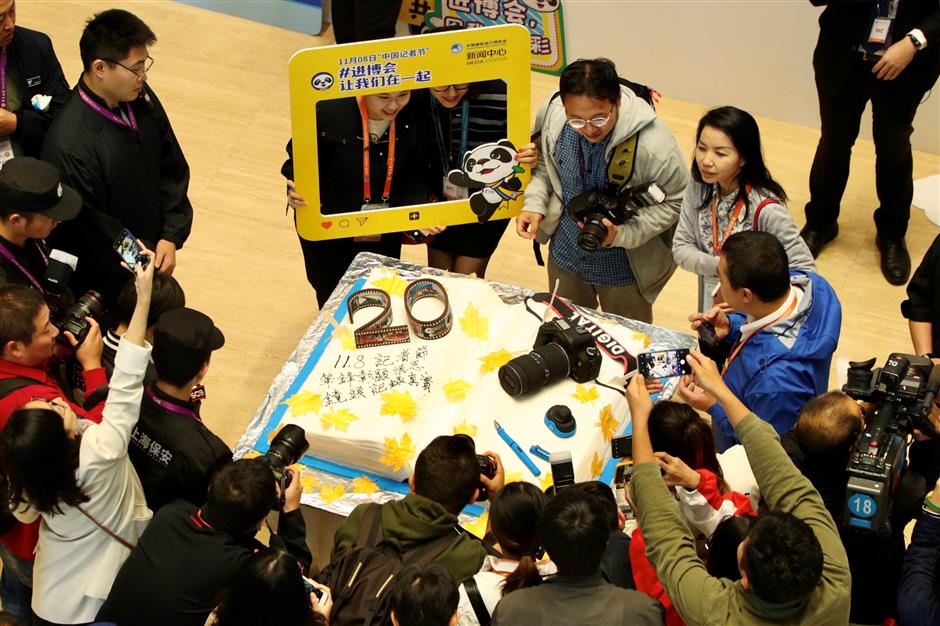 To celebrate the Journalists’ Day on November 8, an enormous cake featuring an edible notebook and a camera on top was cut up to be shared among the more than 4,000 journalists at the CIIE yesterday.

But first we started off the day celebrating Journalists’ Day with a huge cake in the lobby of the expo’s media center. The enormous cake featured an edible notebook and a camera on top and was cut up to be shared among the more than 4,000 journalists here to cover the world’s first governmental-level import expo.

In my brief appearance outside of the private Shanghai Daily office I was accosted by some more local media wanting to interview me about my experiences at the expo. “What’s it like in the media center? Is it easy to conduct interviews for you around the halls? What are you most interested in covering?” That took up a few precious minutes, but luckily I was back on the road in no time. 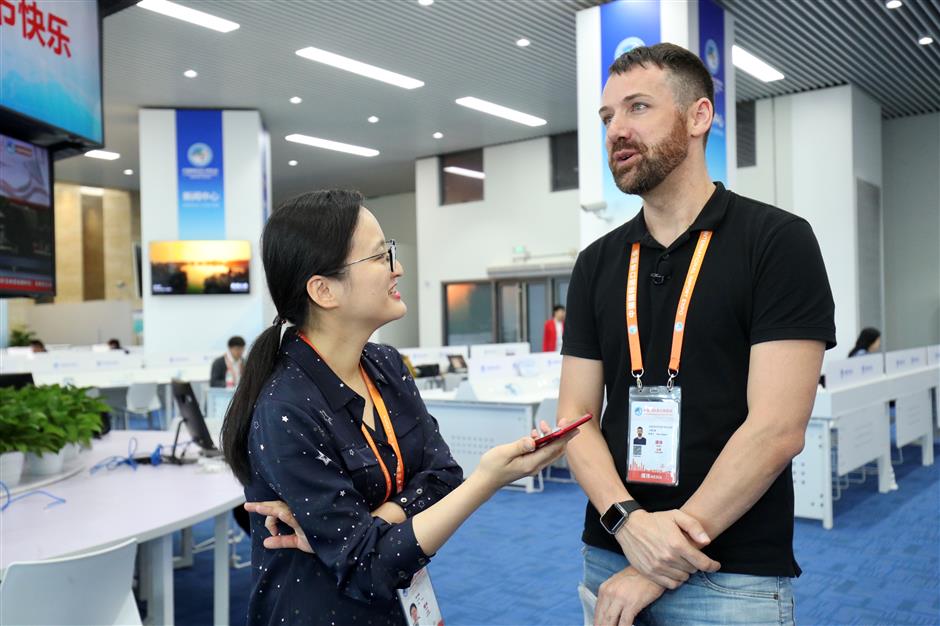 Andy Boreham is interviewed by a reporter from Wenhui Daily about his experiences at the CIIE.

We headed to the food hall, which announced itself early with a mixture of flavors floating in the air outside. I could smell coffee, and when we got in we came across its source: Dakmark Coffee from Vietnam.

Perhaps surprisingly, Vietnamese coffee is becoming more and more well-known around the world. I like to buy a few bags every time I visit the country, but this time I didn’t have to leave the comfort of Shanghai. I was quickly served a piping hot, freshly brewed sample of Arabica coffee. The man who made it for me told me I needn’t add sugar so I gulped it straight back. It was just the boost I needed.

Next stop was Hakatere Naturals, a huge manuka honey brand from my native New Zealand. The company’s name is the Maori name of the small city it has been produced in for more than 100 years, Ashburton.

Marketing Director Wu Wenjie gave me a sample of some of their product and was a little surprised when I told her I, as a Kiwi, only found out about the popularity and uses of manuka honey after coming to China.

She said the honey has many uses here among their customers, including among some young women who like to take advantage of the honey’s health benefits by smothering it over their faces as a face mask.

I’m not sure that’s how I’d use the honey — it’s not particularly cheap!

Our last stop was the M&M’s stall which has been, of course, very popular with visitors to the expo, because it features a machine with all of the various colors the chocolate comes in for guests to choose from. Naturally the line was way too long for us to even consider waiting, but we definitely enjoyed that chocolatey taste vicariously. 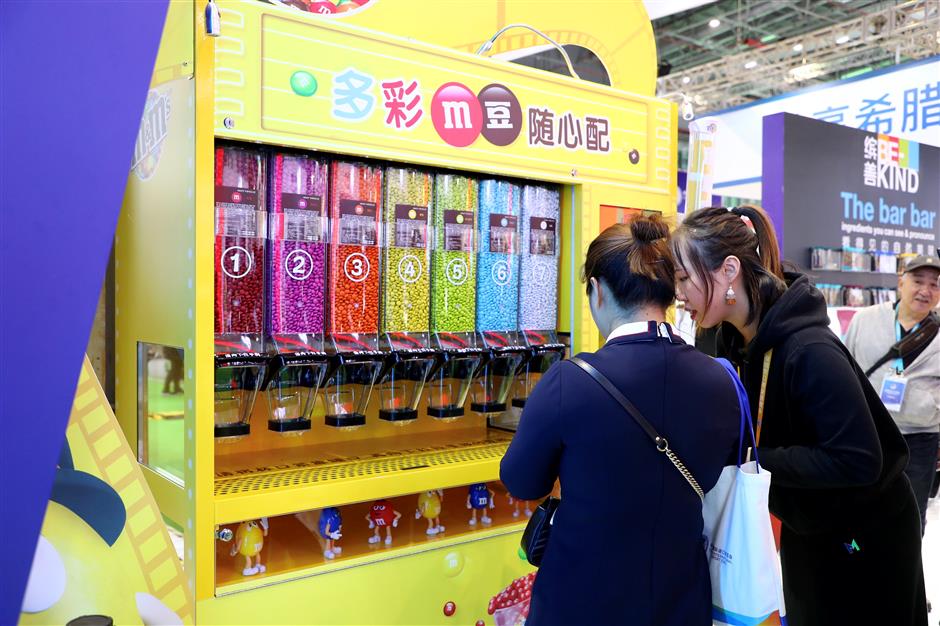 M&M’s stall is very popular with visitors to the CIIE.