Expats find a sense of community in city

Parting with your native country and moving abroad isn’t an easy experience. The unfamiliar environment, limited social network, language barrier and culture shock can be formidable for foreigners moving to Shanghai.

German Silvia Kettelhut has embraced the city’s cultural heritage during the time she’s lived here. Along with a few friends, the German dean of a college at Shanghai Dianji University founded a group called “Save Shanghai Heritage” in 2002, and has been holding lectures in the German consulate almost every month since.

She is happy to welcome an increasing number of Chinese listeners and lecturers, because it “shows people’s rising awareness of cultural heritage preservation.”

Discovering new places via the Metro and meeting new people are always a great source of enjoyment for 25-year-old Maximilian Reiff from the United States.

“It’s like a constant treasure hunt in this city,” Reiff said. “You never know what you’re going to find, but it’s bound to be exciting.” 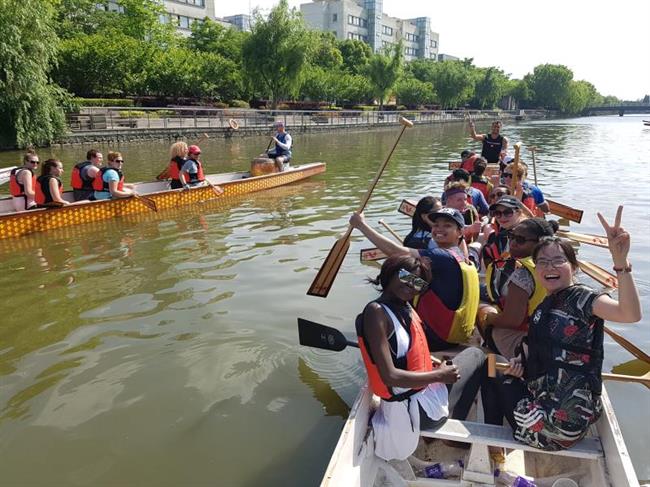 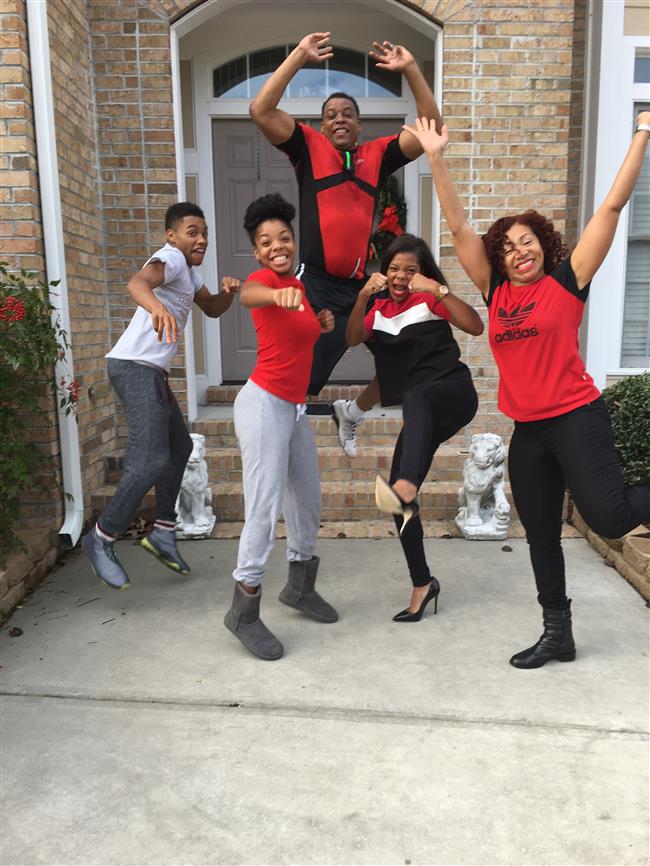 American Regina Meachem (right) has a moment of fun with her family.

Similarly, Filipino Kelvin Co is particularly curious about Shanghai’s outskirts. He has traveled to the end of two Metro lines and considered the experience worthwhile.

“If you go to the end of the Metro lines, you’ll see a different kind of life than you would see in the middle of Shanghai,” Co said.

American Regina Meachem, who has lived in Shanghai with her family for five years, also loves to go “treasure hunting,” but her pot of good is food. On weekends, she often goes to different restaurants around the city and samples cuisine from across the world.

“No matter what kind of food you want — Mexican, Chinese, American or something else — you have so many choices,” said Meachem, whose favorite restaurant is Morton’s The Steakhouse.

Feeling a sense of community when living abroad provides foreigners a greater sense of belonging.

America retiree Debrah Roundy fell in love with line dancing when she came to Shanghai eight years ago. The 60-year-old, who has now returned to the US, went dancing three times a week while in Shanghai and became close friends with her dance partners.

Although they barely understood one another’s native language, WeChat’s translation function enabled them to have long conversations.

Noyan Rona from Turkey arrived in the city 24 years ago. Fluent in Mandarin, the chief representative of GarantiBank in Shanghai spends much of his spare time involved in community services. On weekends, Rona helps organize activities and volunteers at senior homes and blood centers.

American retiree Debrah Roundy loves to dance since she moved to Shanghai.

A passion for fitness and sports presents yet another way to explore Shanghai and find a communal sense.

As a marathon runner, Mexican Luis Vieyra has taken part in 100 marathons around the world, including 11 during his 20 years in Shanghai. His usual route is from his home on Changning Road to the Bund and back. On weekends, he wakes his children at dawn for a family run.

A lifelong boxing enthusiast, Badhrul Islam is a 40-year-old English teacher from the United Kingdom, who co-founded Gold Gloves gym in the city in 2016. Initially, only foreigners frequented the gym, but when locals started joining it became a bonafide boxing community. Last year, Islam proudly watched a team from his gym enter the ring for the Brawl on the Bund.

Going through the motions of living in a foreign city for work is one thing, but valuing the life you live abroad is something entirely different.

After Andrew Zawadzki married his Shanghainese wife, the 66-year-old from Poland became the next best thing to a Shanghainese man by adding his wife’s surname, Liang, to his own.

“My foreign friends always say ‘Liang is Chinese,’” he said. “Yes, I think deep down I have a Chinese heart. If possible, I would like a Chinese passport.”

Estefania Ussa Herrera from Colombia began a new job in Shanghai and later gave birth to her daughter as a single mother. Having lived in Shanghai for eight years, part-time football coach Daniel Listopadskii from Russia proclaimed “I feel like I’m becoming a new Shanghainese!”

According to the Shanghai Statistics Bureau, the city is home to just over 172,000 foreigners as of 2018, the largest expat community on Chinese mainland. Exotic but not completely alien, modern but with a traditional appeal, Shanghai has long attracted foreigners from across the globe.

These Shanghai expats have found their own way to go beyond merely adjusting to life here — they’ve built deep connections to the city and its people, making it a veritable home away from home. 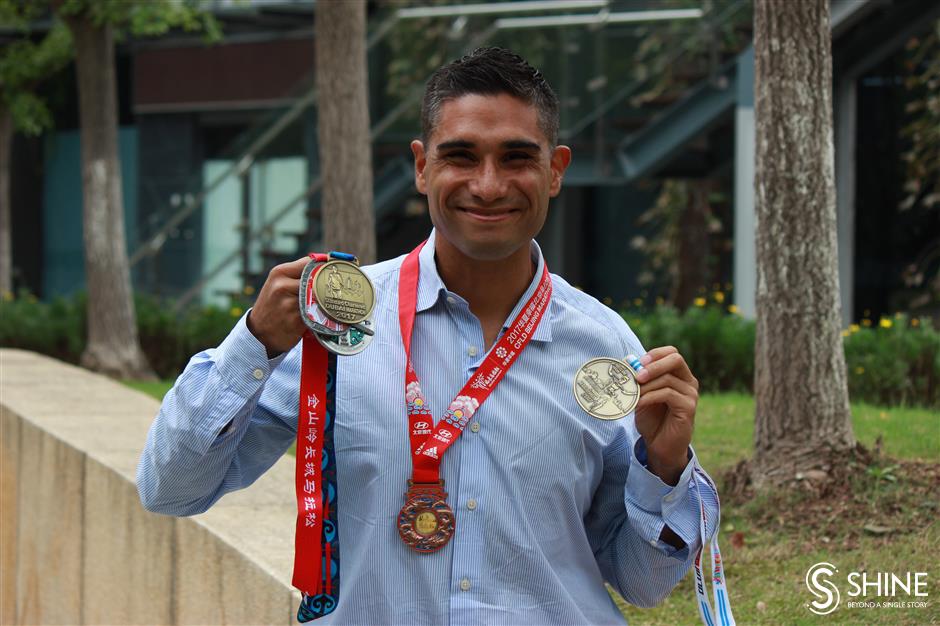 Running marathon is an important hobby for Mexican Luis Vieyra. 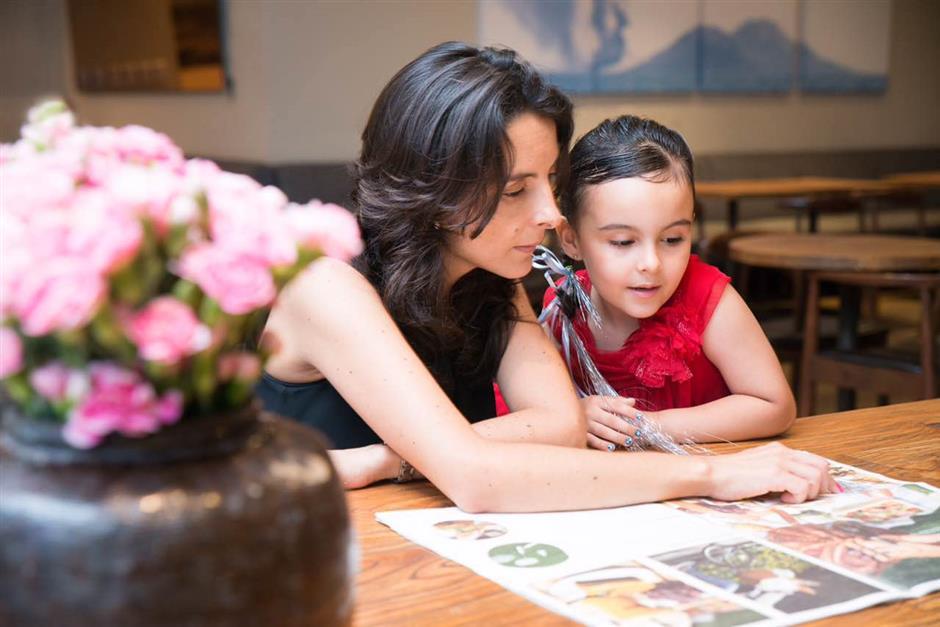 Estefania Ussa Herrera from Colombia learns with her daughter Paulina, who was born in China and speaks Chinese.

Tips for an immersive Shanghai experience:

• Get to know people in your neighborhood and regularly do community service.

• Join a team or organization with shared passion and philosophy.

• Take advantage of the convenient transport system here. Hop onto a Metro or Mobike, and explore unknown destinations in the city.

• Don’t miss out on the nightlife. Bars and nightclubs are great places to relax, have fun and meet new people.

• Plan your favorite route and go for a long walk or jog in your leisure time.

• Check out latest exhibitions, theater shows and other arts events.

• Go to a park, stroll, dance or play music with local Shanghainese.

• Grab a buddy and play sports.

• If you want a chill day by yourself, the Shanghai Library is your go-to reading hub.

• Go shopping at a mall, department store or a flea market. Your choice.

• Drive down to nearby cities and towns, like Suzhou, Hangzhou and Wuzhen.

Expats’ favorite places that not everyone knows:

• A small lane between Huashan Road and Tianping Road, which is of old Chinese style

• Disneytown outside the Disney Resort

• A walkway near the Marriot Riverside in the West Bund area

• The orchid garden inside the Shanghai Botanical Garden 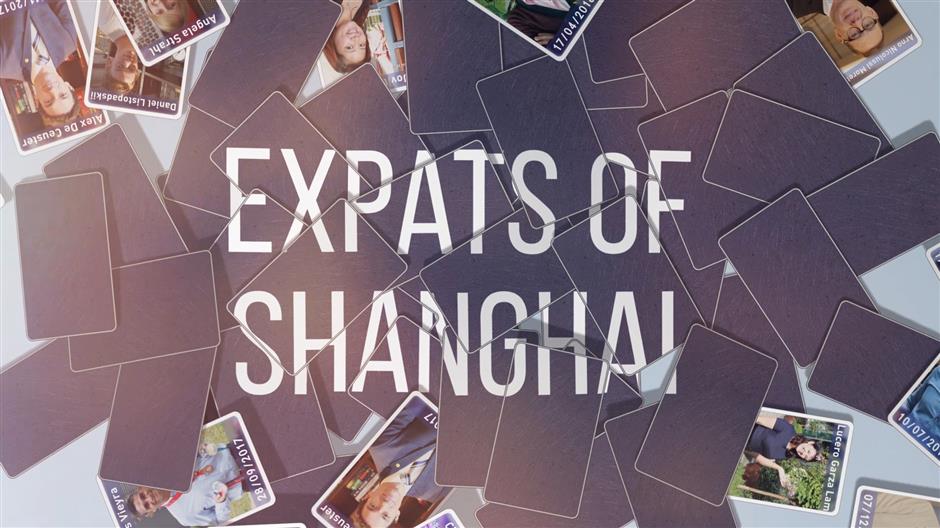