Explore special-interest museums near the Bund 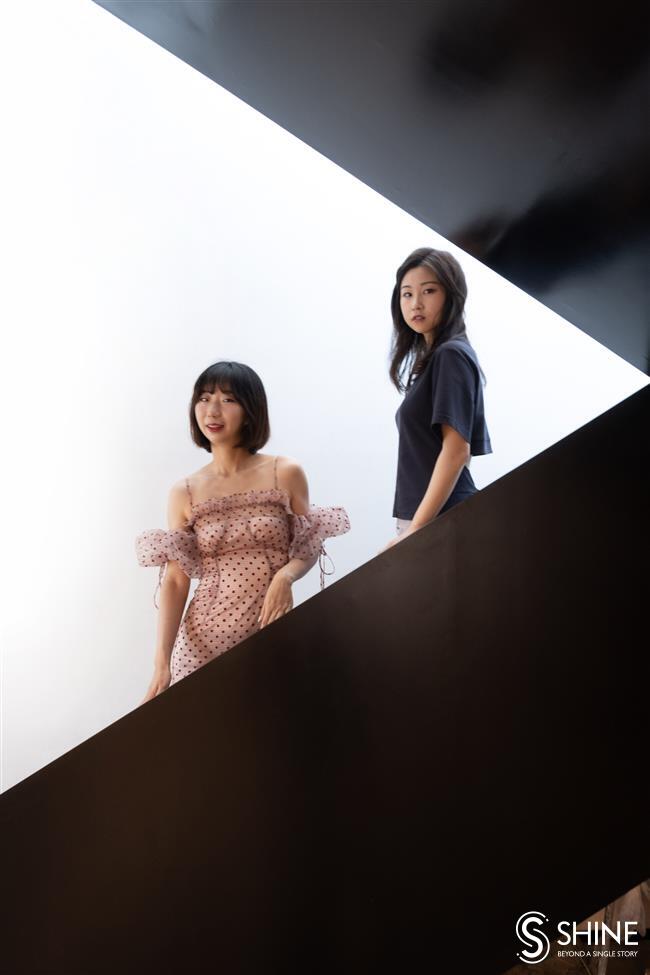 Fiona Li (left) and Shirlene Gu guide readers to a one-day tour of three special-interest museums near the Bund.

Several historic buildings near the Bund have become museums telling their own stories. They are now open to the public. iDEALShanghai has planned a one-day tour of three of the museums. Check out the postal hall of the 96-year-old Shanghai General Post Office and China’s first stock trading counter in the baroque-style Astor House Hotel, and don’t forget to take an interactive 1930s photo at the Shanghai and Hong Kong Bank History Museum. 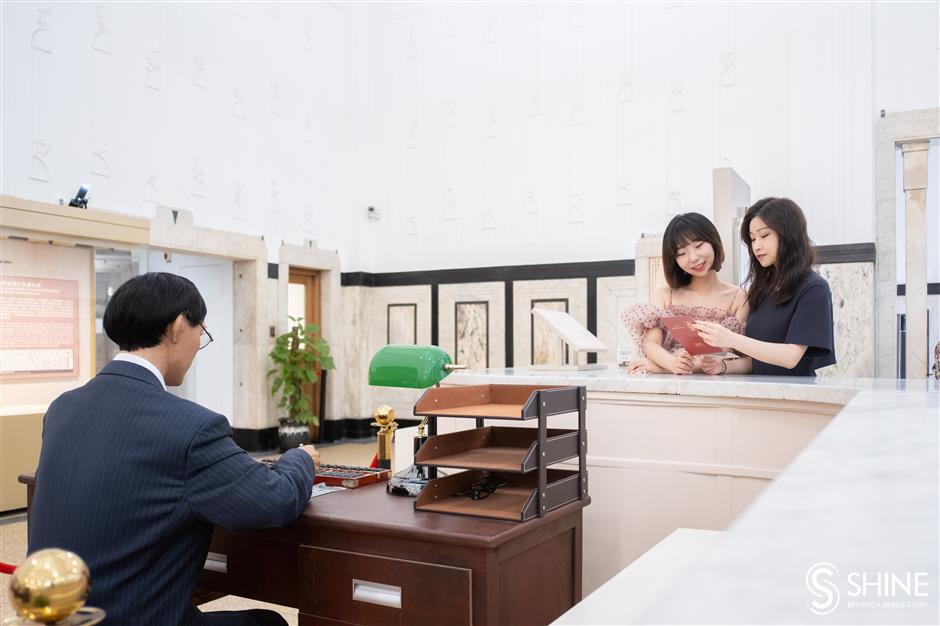 Fiona Li and Shirlene Gu stand in front of a counter where a wax image simulates a bank clerk working. 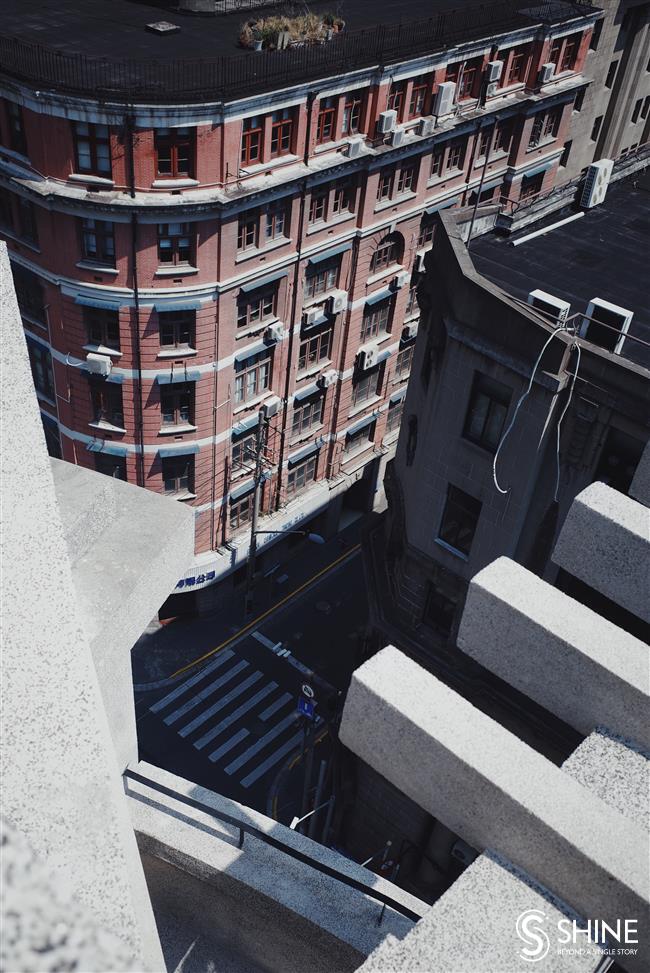 Built in 1926, the Bank of East Asia Building draws attention because of its distinctive rooftop with a small Art Deco tower and pergolas. The renovated building reopened its doors in 2018 and is now home to the Shanghai and Hong Kong Bank History Museum.

The ornamentation of the fine Art Deco main entrance is continued in the interior. The white floral ornaments and sun motifs create a contrast to the robust, square-patterned black and gray marble counter and wall cladding and paving, which feature similar colors in a different pattern.

The building houses many historic exhibits. All the furnishings, including the chandeliers and fans on the ceiling, and the lamps and telephones on the marble counter, are old. A large number of valuable notes and items from financial institutions of different periods in Shanghai and Hong Kong are on display, showing the unique and interesting history of banks in the two cities.

What’s more, there is an interactive photo experience area next to the vault that allows visitors to take photos in the style of the 1930s. The photos can be downloaded by scanning a QR code. 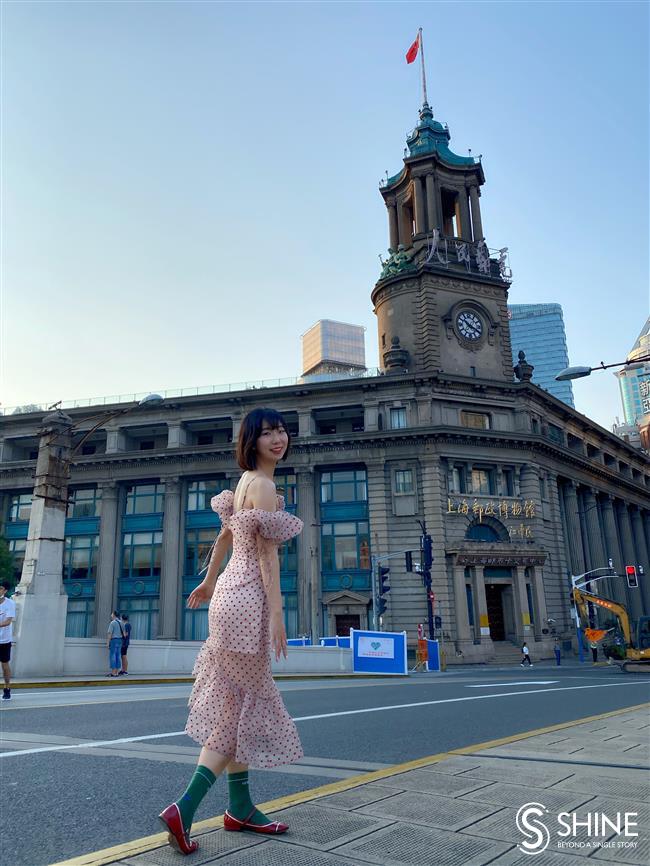 Fiona Li poses in front of the 96-year-old building of the Shanghai Postal Museum. 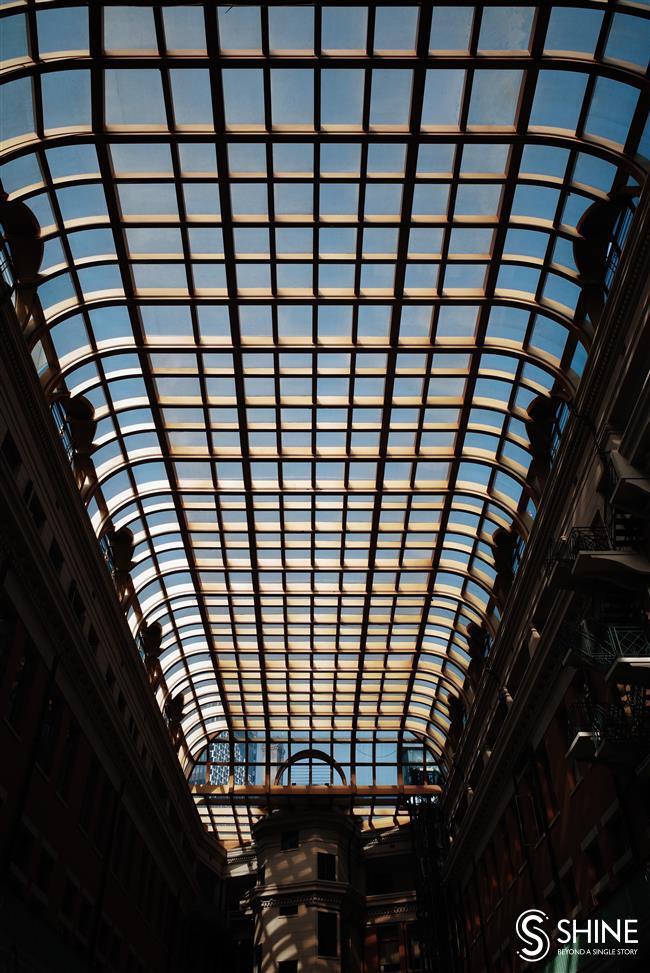 The interiors of Shanghai Postal Museum

Located on the north bank of Suzhou Creek, the Shanghai Postal Museum, formerly the Shanghai General Post Office, has a history of 96 years. Over the years, the building has witnessed the development of China’s post and customs services.

In the atrium on the ground floor, there is a model carriage bearing the inscription “Daqing Post Shanghai Bureau,” while on the right is a mock-up of China’s first postal delivery car purchased in 1917. At the other end of the atrium, a dark green model plane for Shanghai’s first regular airmail route hangs in the air.

On the second floor, the spacious postal hall is retained as it was. There are a variety of quaint old posting boxes and letter boxes on display, as well as rare stamps including the “Penny Black” and “The Green Matchmaker,” among others. Visitors can also try out writing letters and delivering mail in the old post office.

Venturing up to the beautiful baroque rooftop, you will find a sculpted garden with a romanesque clock tower and one of the city’s best low-level views: The west is the Suzhou Creek and the east is the Pudong skyline with the Art Deco Broadway Mansions in front. 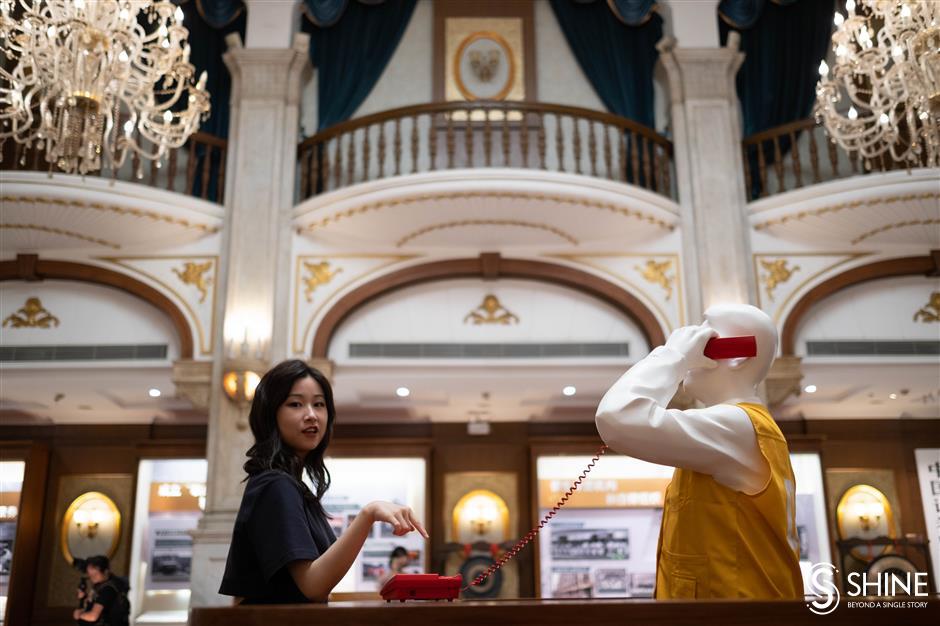 Shirlene Gu is fascinated with a fake phone a wax figure simulating a securities clerk is calling. 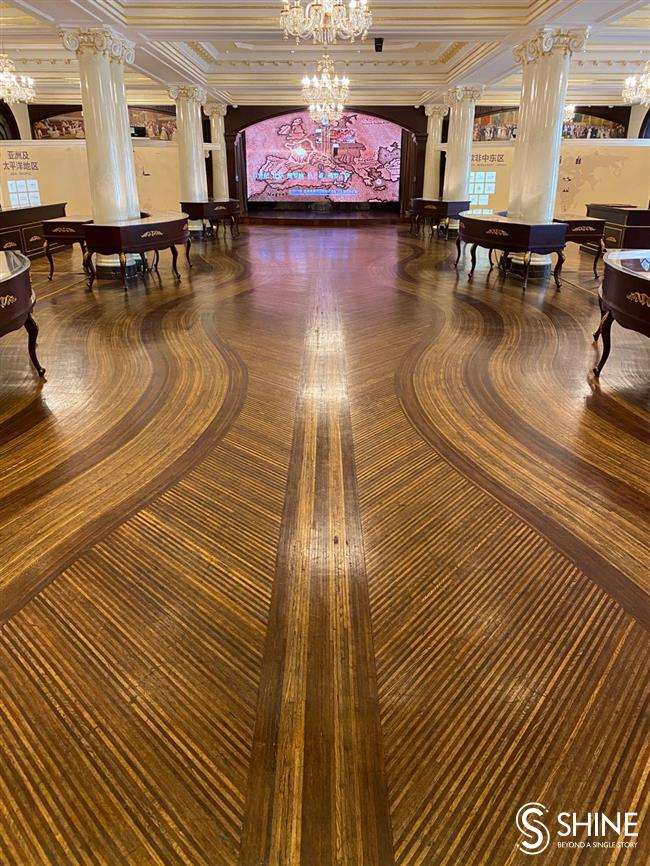 The grand interiors of the China Securities Museum, a landmark of the Bund The building of the China Securities Museum is a Victorian baroque one.

A landmark of the Bund, the building housing the China Securities Museum was formerly known as the Astor House Hotel. Built in 1846, it is a Victorian baroque building in the neoclassical style.

The building has witnessed the birth, development and growth of China’s securities market. It is the place where the Shanghai Stock Exchange came into existence in 1990.

The glass dome supported by 12 marble columns is the highlight of the hall, with a crystal chandelier hanging underneath. The skylight lets light shine in through brightly colored glass windows, making the scene mysterious and gorgeous.

All the floor tiles are historical relics preserved since 1910, and those in the Astor Hall are the most distinctive, with a cello-shaped floor inlaid with teak strips, which is unique in the nation. As the site of Shanghai’s first ballroom dancing party, the pomp of the ball in the hall has been depicted on its four walls.

The second floor of the museum houses the exhibits of stock exchanges in countries and regions along the Belt and Road initiative route, and on the third floor is a hall of fame, where luminaries such as Einstein and Chaplin have left their footprints.

The museum also has China’s first stock trading counter. In the early days, as there was no remote transaction service, clients had to report transaction instructions by telephone to the securities trader who would later type the orders into the stock exchange’s trading host computer. The traders were dubbed “red vests” because of their uniforms.