It comes from a comment by director Ang Lee on Swedish film director Ernst Ingmar Bergman.

It comes from a comment by director Ang Lee on Swedish film director Ernst Ingmar Bergman.

In the documentary "Trespassing Bergman" directed by Jane Magnusson and Hynek Pallas, Lee, along with a dozen world-renowned film directors, was interviewed about Bergman's influence on him. The Oscar winner recalled the first Bergman film he saw in a Taiwan film club at age 18, "The Virgin Spring."

"That's a day I can never forget. That day's my epiphany, so to speak," Lee said. "I couldn't move. I felt my virginity was taken by this man."

That short clip was later made into meme, and widely used in Chinese social media to express one's astonishment with a bit of incredulousness.

The lad manages to keep fit although he has fried chicken for almost every meal. I didn't get it, I was just in awe 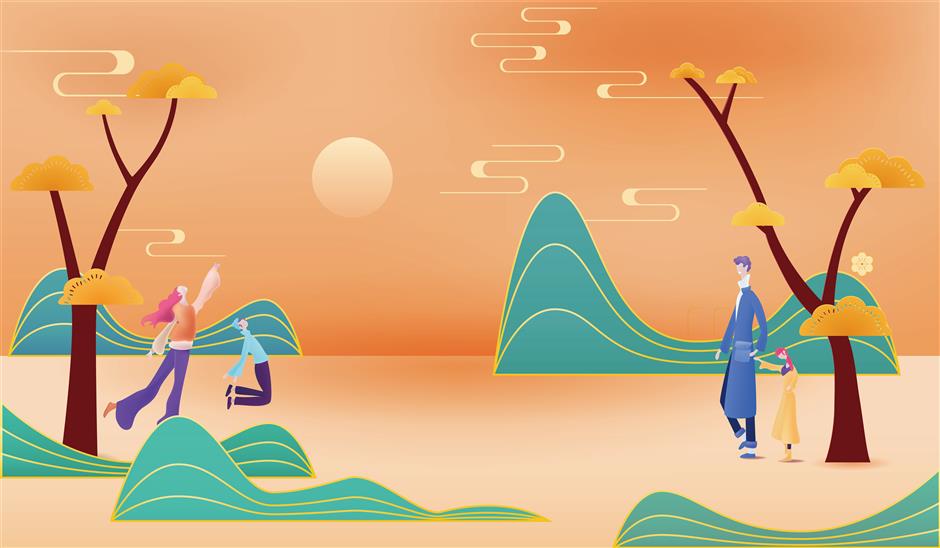 A new type of marriage arrangement that has emerged in China in recent years is stirring heated debate.

A new type of marriage arrangement that has emerged in China in recent years is stirring heated debate.

Dubbed in Chinese as "liang tou hun," or in English "marriage on both sides," it's when a couple, both only children, choose to stay with their own parents. Such a couple usually raises two kids, one taking the father's surname and living with his family, and the other taking the mother's and living with her family. This arrangement ensures that the burden of raising the next generation is equally shared by both sides and the family lines are carried on for both sides.

Mostly prevailing in eastern China's Zhejiang and Jiangsu provinces, "two-sided marriage" is believed to relieve the financial burden for both sides. The groom no longer has to give the bride's family an expensive betrothal gift, and the bride doesn't have to repay with a dowry, which are considered necessary in most parts of China.

Supporters also believe the arrangement meets the rising need of the protection of one's property and rights in marriage, and prevents surname and child-raising disputes.

However, there are concerns about the couple's and siblings' relationships due to living separately for a long time. Critics note that instead of breaking the shackles of the traditional patriarchy clan system, the new arrangement is nothing but a compromise.

"Two-sided marriage" is a long-time agreement forged by a couple or their families based on equity.