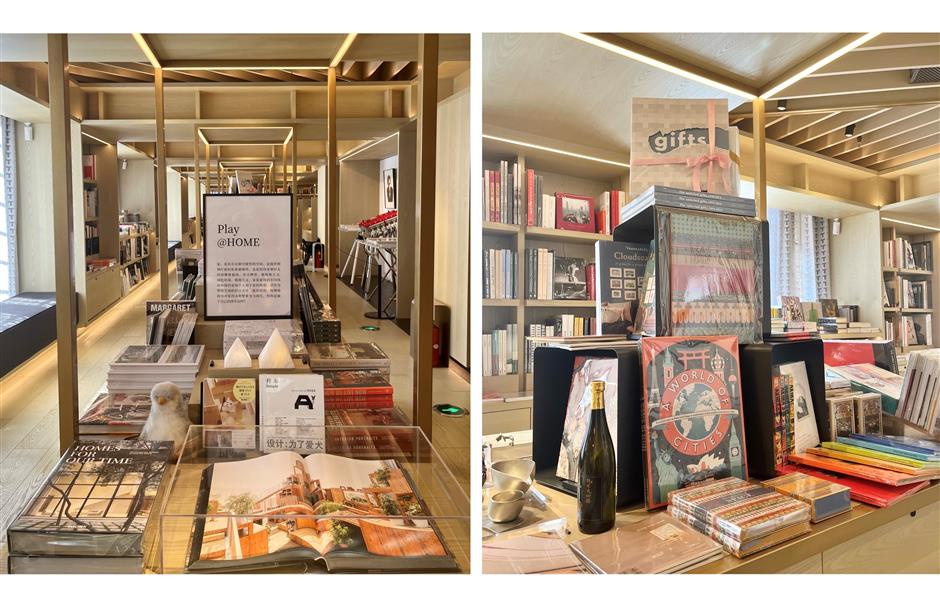 Tsutaya Books in Columbia Circle is celebrating its first anniversary in December. A series of limited products, exhibitions and workshops have been unveiled to mark the celebration, as well as Christmas decorations and special New Year gift sections.

A highlight is a Japanese fortune cat co-designed with Japanese doll brand KAKINUMA TOKO. The patterns on the cat are inspired by the mosaics on the pool attached to the former Navy Club in Columbia Circle. The fortune cat is said to bring flourishing business and good luck in the new year.

The iconic Collins columns of the 98-year-old Columbia Club, where the bookstore is now located, have been incorporated into the design of a tea caddy by Japanese time-honored brand Kaikado. The firm was established in 1875 in Kyoto where it pioneered tinplate canisters using imported tinplate from England.

Art Circle, the brand of the bookstore's art exhibitions, collaborated with the ReReRe Lab, a firm dedicated to reusing and recreating discarded textiles, to launch a new canvas patchwork tote bag made of recycled materials. The bag was put on sale on December 24 as a limited item for the anniversary.

A series of lectures with a "city memories" theme were held in the bookstore in December as part of the anniversary celebrations.

Also, the solo exhibition "Color Universe" by Chinese artist Jiang Miao will be running from December 28 to January 23, 2022. The exhibition showcases Jiang's new 2020 works, alongside her most signature series, as well as a new set of creations. 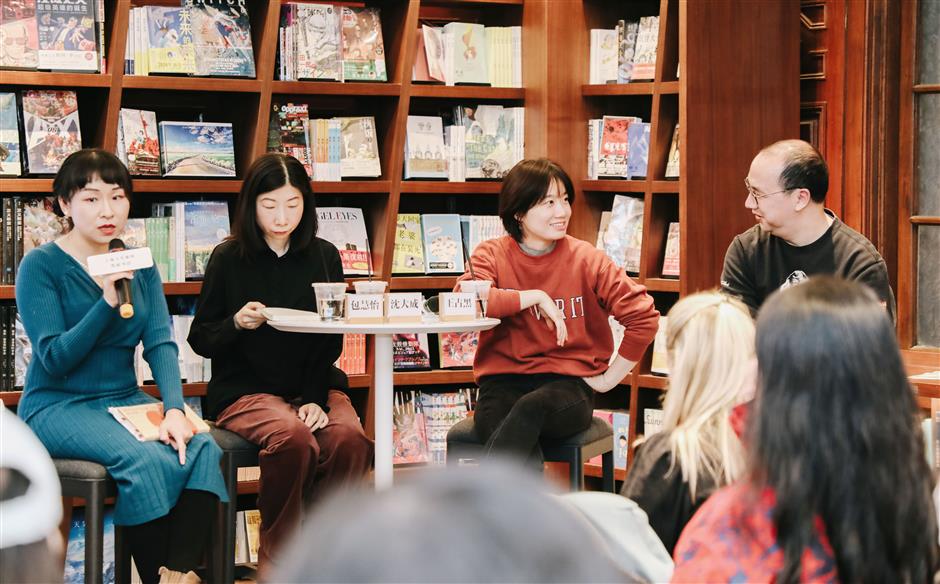 Writers share their stories during a lecture themed on "city memories."

﻿
Special Reports
﻿
61908
,
Tsutaya Books marks anniversary with new exhibits, limited collections
History of Christmas celebrations in city
Fashion and apparel brands bring new flavors to the city
Evoking the charm of Shanghai's past
Stuffed cats and dogs: option for the bereaved
Guochao resurrects beloved local beer brand
A free and easy illustrator with a passion for surfing
Temple is where Indian prince started Zen lineage in China
Journey to a distant era before smartphones
What is an ideal country life like in Shanghai?
EXPLORE SHINE