The Wishing Star Lake in Disneyland is home to not only the big Donald Duck but many water birds as well.

In winter, the lake is full of ducks flying in from the north, living, feeding, and playing around throughout the season. 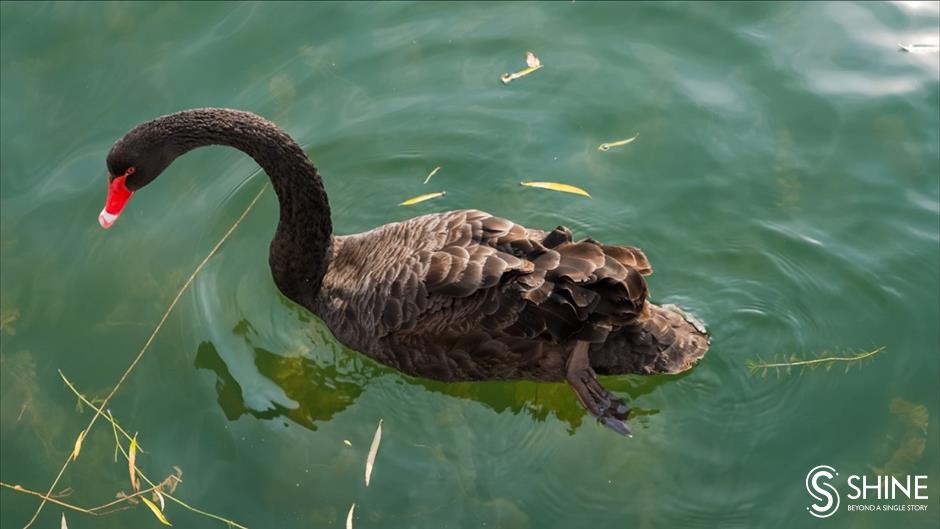 Black swans are common in many parks in Shanghai. However, it is not native to China. Their original home is Australia. The parks usually cut their flight feathers to keep them inside. But they sometimes fly out if the flight feathers grow back. They can breed and expand in any new habitat if it is suitable for them but can sometimes cause problems, as they do compete with other water birds for food and habitat. 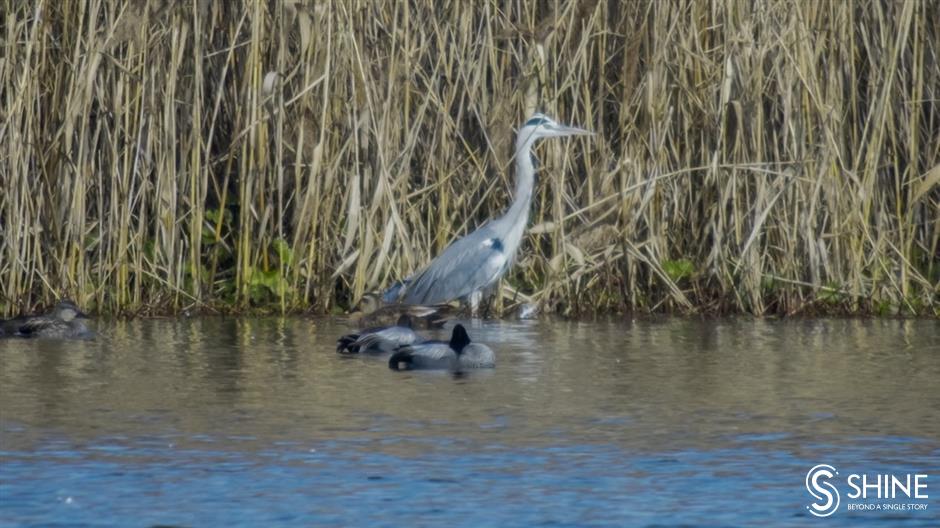 One of the largest herons in Shanghai, it has a long bill, long neck and long legs, making it good at foraging in the water. The grey herons have got a Chinese nickname "老等", which means someone that is always standing and waiting. It's actually a special foraging technique for them. They stand there to watch the fish in the water. When the fish swim close by enough, the birds catch them instantly. 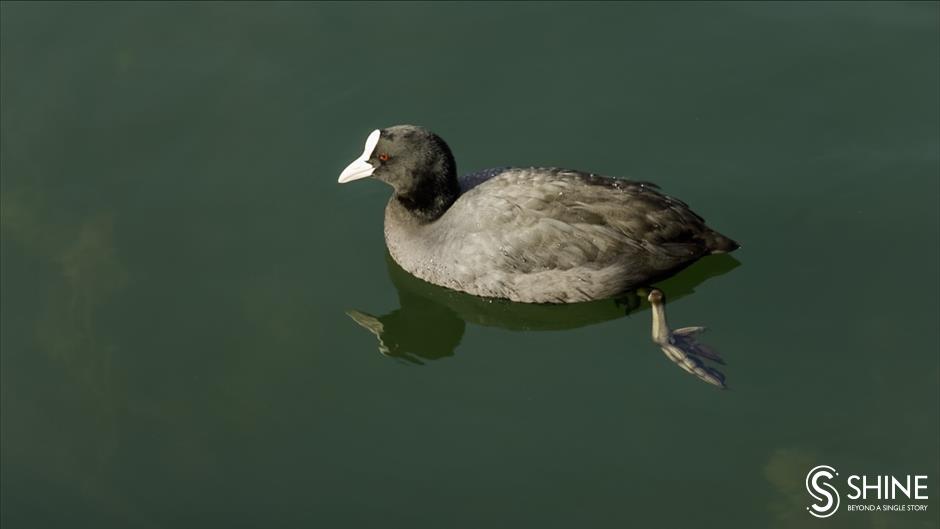 They are common wintering birds in Shanghai. Many people mistake them for duck. However, they have pointy beaks like chicken. They are a member of the rail and crake family. They have white forehead, which is hard as a shield. That's the reason for their Chinese name "白骨顶 or 骨顶鸡". They don't have fully webbed feet like ducks. Their feet are paddled, making them good at both swimming and walking. 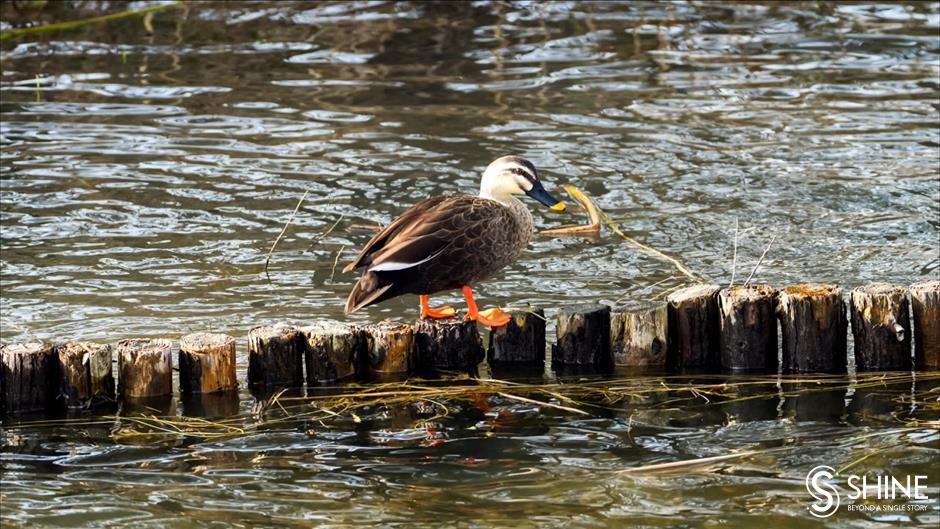 They are quite common wintering birds in Shanghai. They have a yellow spot on the tip of their bill, from which they get their name. When they fly, a patch of purple to blue feather on their wing is obvious, which is called speculum "翼镜". 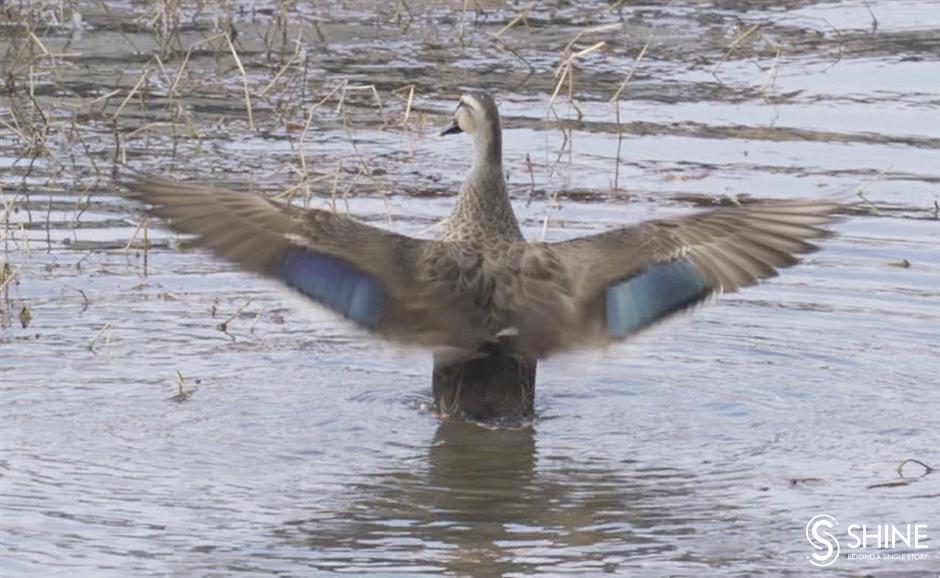 They are dabbling ducks, who mainly float on the water and bury their heads down to pick on the food under the water. 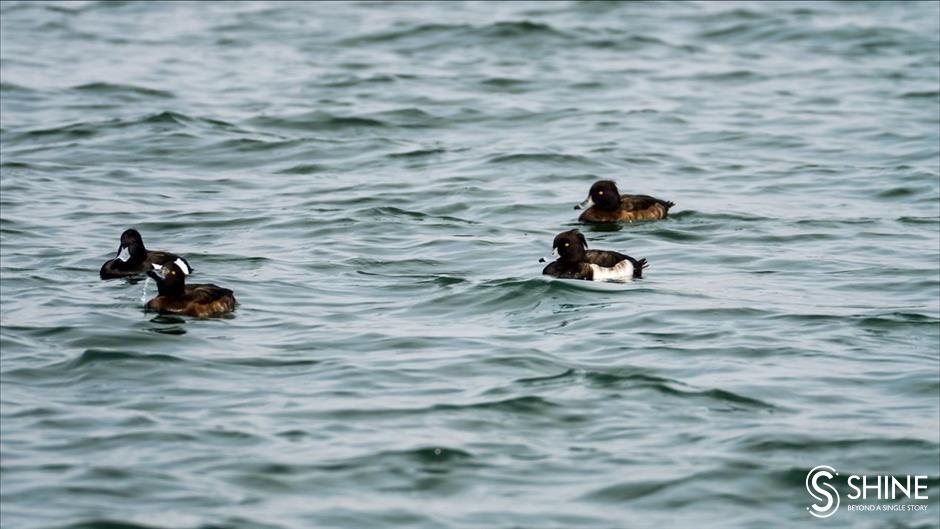 The male species are mostly black and white, and have a crest, a ponytail on the head. 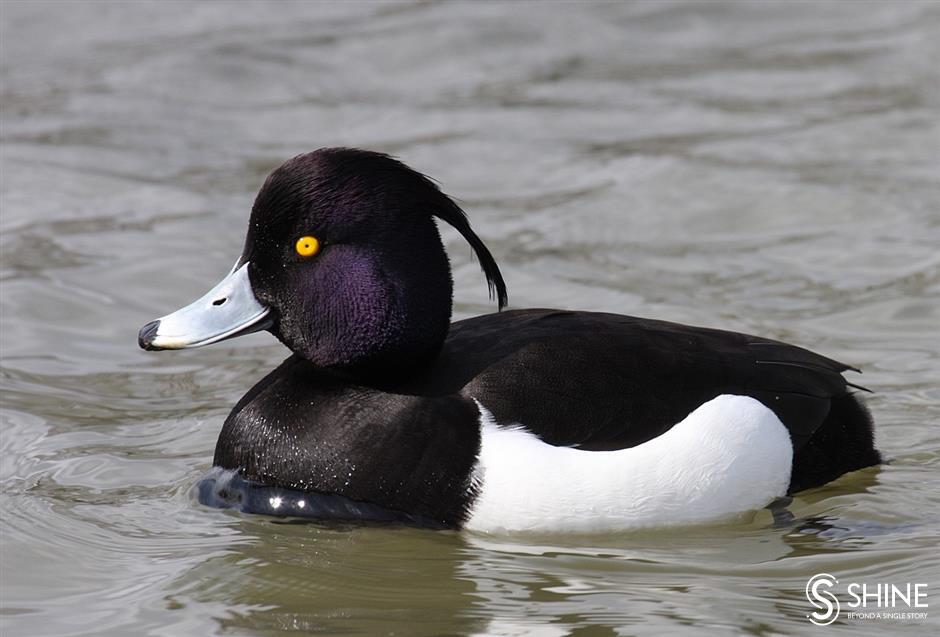 The females are duller, and the crests are less obvious. As indicated in their Chinese name, this species can dive well. They can dive into the water for 2-3 meters and catch shrimp and other aquatic lives for food. Compared with dabbling ducks, the diving ducks do not have obvious tail when floating on the water. Their feet are positioned more to the back of the body, which gives them more push when diving in the water. However, this makes them very awkward when walking. 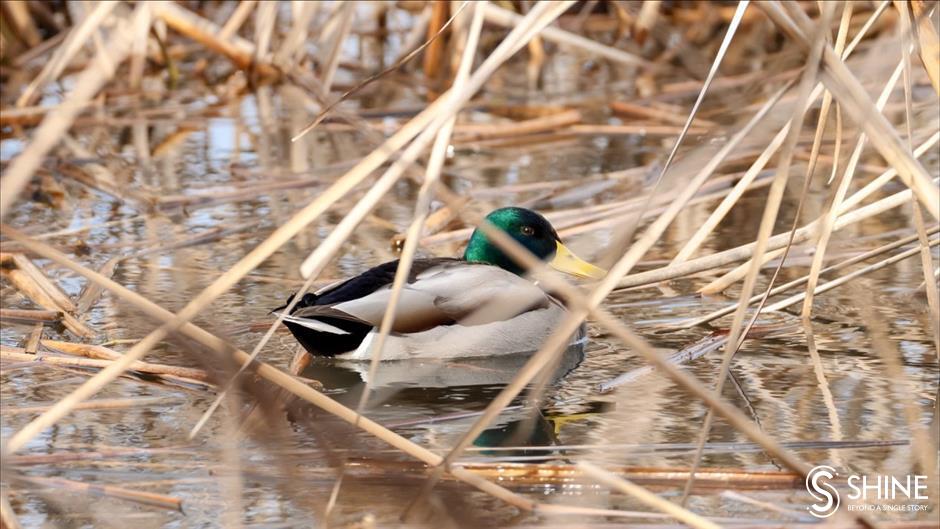 It's believed to be the ancestor of some domestic ducks. The male ones have a green head and female ones are streaked and brown. Both sexes have obvious orange feet. 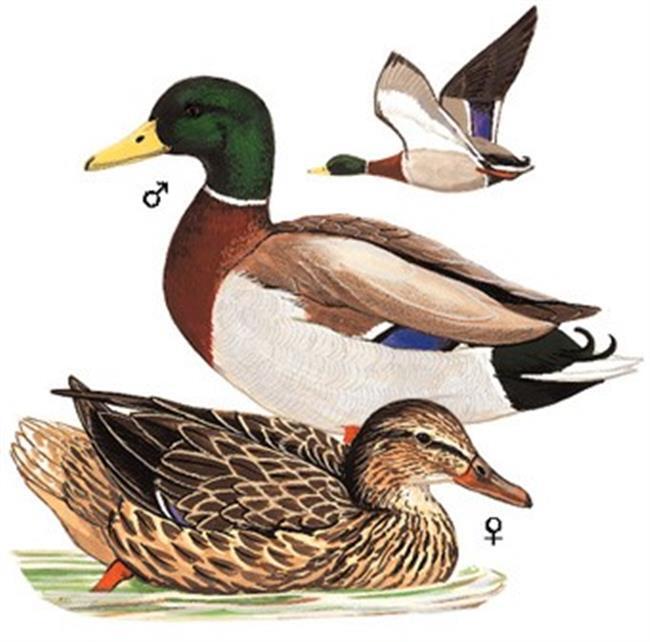 The male ones have cully feather on the top of the tail and under their wings.