The branch: eating disorders and the deadly fear of letting go Our understanding of the world comes in dichotomies; good and bad, happy and sad, light and dark. Black-and-white thinking allows us to navigate life and find solutions to its problems; if we're tired, we sleep, thirsty, we drink, and when we're in pain, we seek relief.

I'm in pain. Sometimes it's a searing heat that sends me dizzy, and at others, the intensity is such that I short-circuit and go numb. I don't know which is worse. You wouldn't think it to look at me, but I'm fighting for my life: I have an eating disorder.

An estimated 70 million people worldwide live with disordered eating, and we're not just talking skinny teenage girls; men and women of all ages, shapes, ethnicities and backgrounds are affected. And the conditions are as varied as those they touch. Anorexics significantly limit their intake and have a deep fear of gaining weight despite being malnourished. Bulimics intermittently fast and overeat before purging through self-induced vomiting, laxative abuse or over-exercise. People with binge-eating disorder regularly and uncontrollably consume large amounts, and those living with orthorexia are obsessed with so-called clean eating.

Despite their name, eating disorders are about much more than food; they are complex psychological conditions caused by many factors, including genetics, brain biology, personality type and cultural ideals. And scarily, they're on the rise.

A few decades ago, eating disorders were reportedly rare in China. But in 2019 alone, the Shanghai Mental Health Center received over 2,700 related visits and, a recent survey at one of the city's international schools, found rates of disordered eating comparable to those in America. Western influence has been linked to the surge in cases while others look closer to home and blame intense social competition and toxic beauty standards. Put differently, the dark side of China's rising affluence.

Where robust working-class silhouettes once signaled success, protruding collarbones and concave waists now do. Social media has come under fire, accused of fanning the flames of thinness. In 2016, scores of people posted pictures to prove the width of their waist was less than a vertical A4 piece of paper – a skinny fad People's Daily labeled "the fitness challenge." In 2021, feeds have been flooded with images of adults wearing T-shirts designed for children. And in March, the "manga waist challenge" – which demos smallness via a dangerous yoga pose – went viral.

While eating disorders are not a choice, many are triggered by an attempt to lose weight. A compulsion that Zhang Qinwen, curator of an exhibition called "Anti-Body-Shaming," knows too well. "I went on a diet that quickly spiraled out of control," she says. "A voice in my head convinced me that food was the devil, and I didn't dare eat." Soon enough, Zhang's hair began to fall out, and her periods stopped – both telltale signs of a system prioritizing to survive. And when our body speaks, we listen. 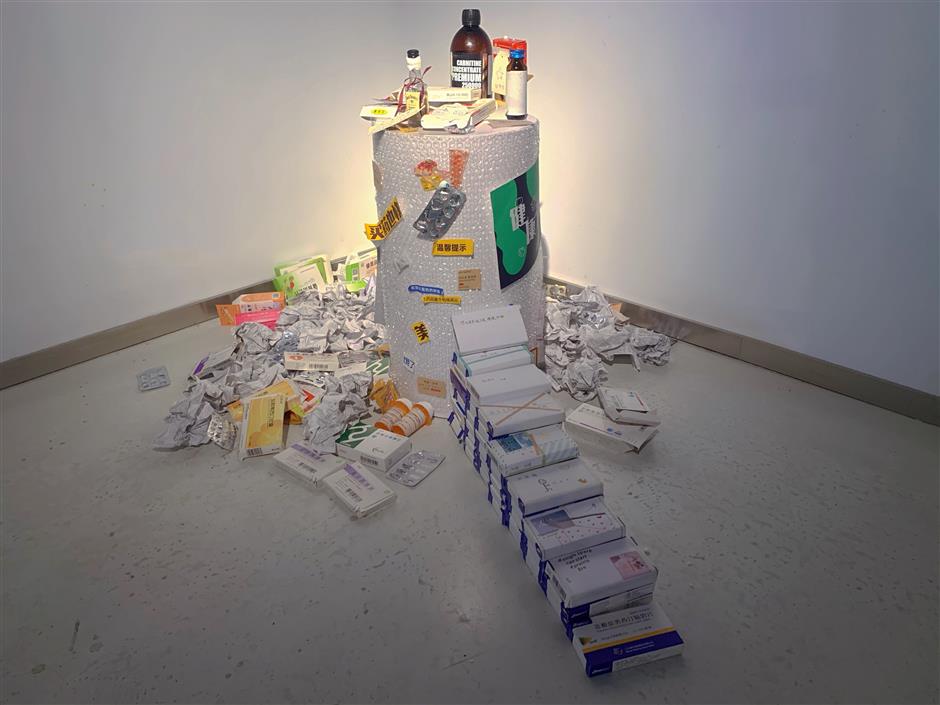 "No Medicine" by Zhang Qinwen and drug providers

A loved one said that when my pain became too much – when I was tired of hurting – I'd seek help. But eating disorders aren't straightforward. They lurk in the cracks of contradiction, spitting and snarling from the shadows to stop anyone from getting close. An eating disorder makes you believe that you need it, that the thing itself is your refuge. Or, as my (latest) therapist put it, "a sort of home security system gone haywire."

There's a story that mirrors recovery for me.

A man is walking along a cliff when he slips and falls from the edge. He grabs hold of a branch and clings to it for dear life. Terrified of the fall below, he screams: "Is there anybody who can help?" Silence. He calls again: "Somebody. Anybody. Please." Finally, a deep voice offers: "This is God. Trust, and let go of the branch." The man pauses for a moment ... "Is there anybody else?!" Eating disorders are the branch, an illusion of safety. And for those caught cliff-side, to loose grip would be deadly.

There are many reasons people fear recovery; an association of weight gain with failure, a loss of control and the absence of a coping mechanism or form of self-harm are just a few. To the healthy, anxieties seem irrational or secondary to the destructiveness of the disorder. But to those living with the illness, they're powerful enough to keep it alive. So much so, only one in 10 people with an eating disorder receive treatment, and tragically they have the highest mortality rate of any psychiatric issue.

But while resistance is expected, promise remains.

"Full recovery from an eating disorder is possible," says Carrie Jones, director of counseling at Community Center Shanghai. "They must be addressed from both the medical and mental health perspectives, involving a team of doctors, psychologists and nutritional professionals," she says. "For adolescents, family-based treatment is favored, and involving school staff in wellness plans is helpful. Cognitive behavioral therapy, talk therapy and interpersonal psychotherapy can all be effective in adults." 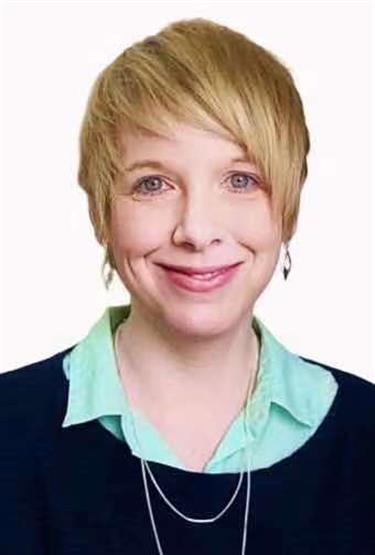 Public awareness around eating disorders is low, and health systems are woefully underfunded. In 2016, there were two treatment centers in China and only a handful more since; it simply isn't enough. To prevent disordered eating, we need to create an environment that promotes and models healthy behaviors and body image. And enough with the stigma: Eating disorders are not a choice. In a culture where "have you eaten" is a (warm and) common greeting, we're in a prime place to let "no, I haven't, and here's why" be met with empathy.

Zhang – in recovery – is determined to bring awareness to the dangers of disordered eating and encourages those struggling to seek help. Early identification and well-timed intervention are key. As Jones and her team of counselors know, "the sooner someone gets support, the greater their chance of recovery."

While eating disorders remain a branch that millions cling to, with care systems we can trust and a society that puts wellness before weight, there's hope that one day we might all let go.

Be sure to check in with "Emma Leaning is MENTAL" on the first Monday of every month. 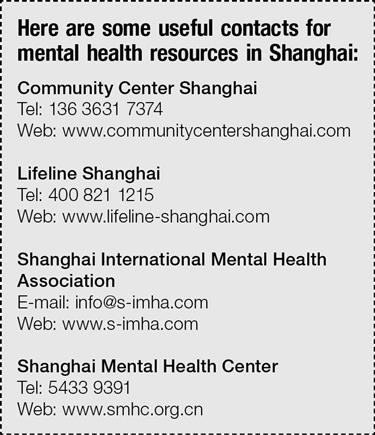