An ancient treat that can be good for your health 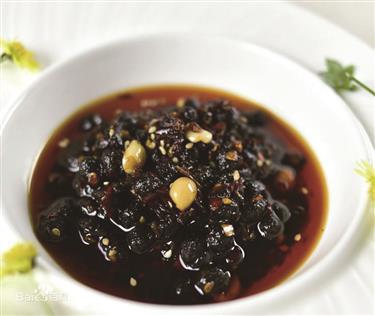 Many elderly people are fond of the food and use it to improve their health.

Together with bean paste, soy sauce and fermented bean curd, fermented soy beans are among the four traditional fermented bean foods in China and notes about them can be traced back to the Han Dynasty (206 BC-AD 220).

Depending on how much salt is added in the fermentation process, fermented soy beans can be divided into salty ones and mild ones. The salty beans are mainly used as ingredients in cooking, whereas the mild beans are used most often as medicine.

The mild beans, while being cooked, have much less salt added but have additional mulberry leaves and sweet wormwood. The beans, therefore, have medicinal functions including inducing sweat, relieving restlessness, staving off melancholy and detoxification.

According to legend, Wang Bo (AD 650-676), a renowned man of letters in the Tang Dynasty (AD 618-907), cured a high-level official in Hongzhou (now the city of Nanchang) of his typhoid fever. Wang was therefore invited to climb a local tower in the area and he wrote his masterpiece “Preface to Tengwang Tower” to eulogize the area.

﻿
Special Reports
ADVERTISEMENT
61771
,
An ancient treat that can be good for your health
Meal prep the way to an ideal lunch
Lucky Mart's purr-fect highball and konbini
Pho To Shop for a flavorsome Vietnamese food trip
All the beef, but none of the meat
Wine pairing with faux meats
Tiny seeds pack powerful punch
Albarino's fresh, palate-pleasing adventure
From sunburn cure to cooling drink
Dressing down for authentic Korean BBQ
EXPLORE SHINE