Sesame seeds are tiny, but they are everywhere.

Sesame seeds are mostly grown in Africa and Asia and are a rich source of oil that can be used in cooking to boost the aroma. Sesame seeds contain high amounts of copper, vitamins and omega-6 fatty acids, and are generally considered a healthy food around the world.

Sesame oil can light up salad dishes, and it is also the base of dressing when enjoying Sichuan-style spicy hotpot, as the oil can actually tone down the spiciness.

Sesame seeds are protected in a capsule or pod and when the seeds are ripe, the capsule burst open to release the small seeds. The unripe seeds in green capsules actually taste sweet and refreshing, but the dried ripe seeds are aromatic and rich. 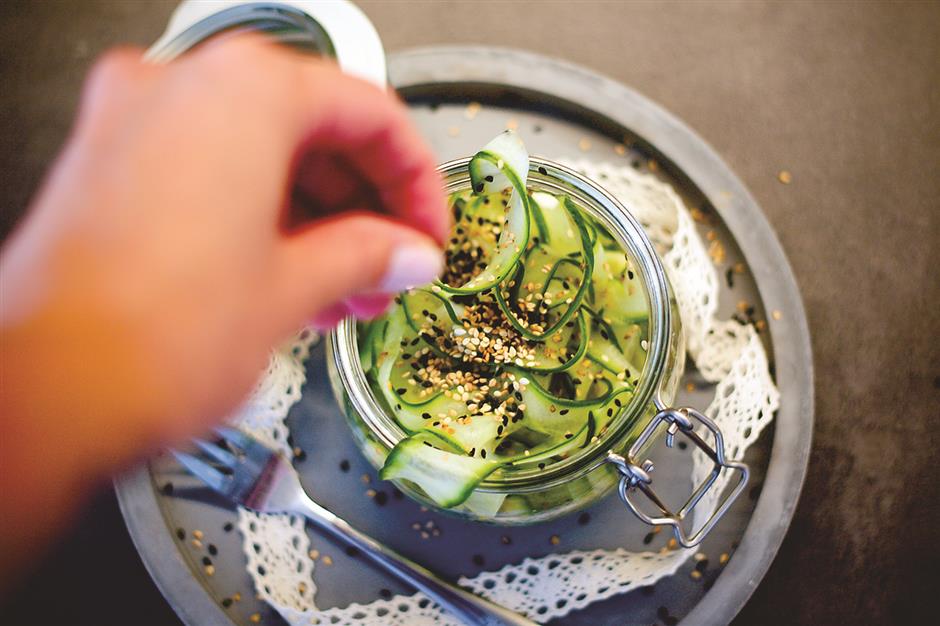 Both white and black sesame seeds are used in Chinese cooking on a daily basis, while the latter are more known for their medicinal value in traditional Chinese medicine, such as aiding the liver and kidney and keeping black hair black.

Black sesame paste is a thick drink made with ground black sesame seeds and hot water, flavored with sugar, and it’s well-loved among children as breakfast or a snack.

Sesame-flavored ice cream is usually made with black sesame seeds to achieve an elegant grey color.

White sesame seeds are typically sprinkled on top of dishes to add flavor and complete the presentation, or used to make cookies and pancakes. For breakfast, the big, round deep-fried sesame balls known as maqiu are a classic. The sweet treat is made with a well-rested glutinous rice flour dough, hence the extra soft texture.

The small dough balls are evenly coated with white sesame seeds and then deep-fried in oil where they will blow up like a balloon because of the nature of the dough.

There are different variations of sesame balls across China. They can be quite hollow and crispy, or preserve some chewiness of the glutinous rice dough. Sometimes a filling of red bean paste or sesame paste is added to boost the sweetness, while the dough itself already contains quite a bit of sugar.

The crispy, hollow sesame balls can be opened up and used as a tiny bowl to hold savory stir-fry made with finely chopped ingredients, adding an extra layer of crunchiness and flavor.

In restaurants, sesame balls have become a dish of spectacle, with extra-large sesame balls the size of a basketball often served as the wow factor of a meal. These balls are actually difficult to make, since the frying process is slow in order to achieve the desired size and shape. One “basketball” sesame ball is enough for a group to share as a dessert. 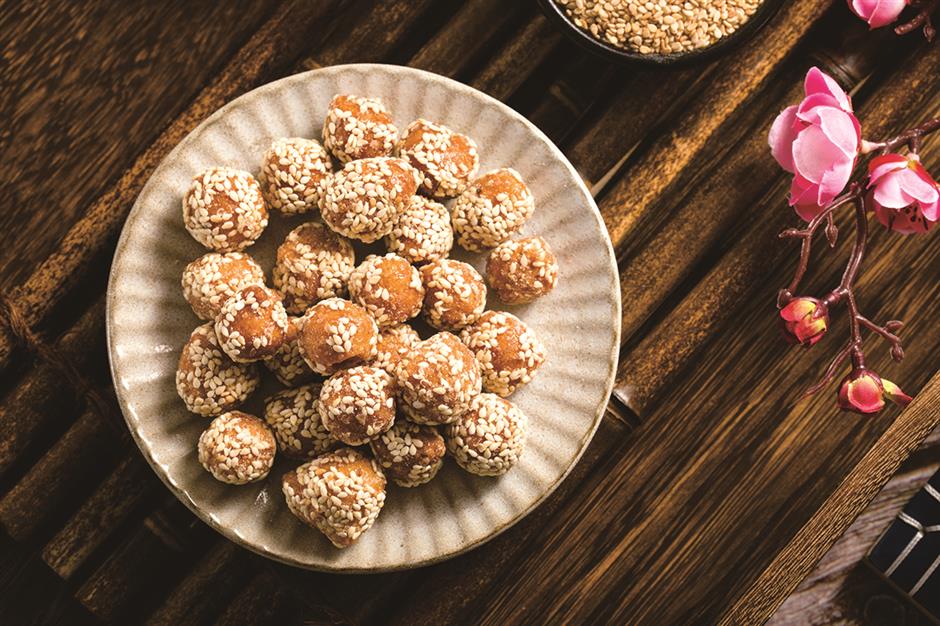 When using sesame butter, you may often find them too solid in form to mix well with other ingredients or condiments. There are two tricks. One is to add warm water in the paste-like sesame sauce and dilute the sauce so they can blend better, the other is to mix in sesame oil to help with the process.

Sesame butter is often added in soup-less noodle dishes to boost flavor. It’s the star in reganmian, a popular breakfast item in Wuhan, a city that created a word for eating breakfast — guozao, or “going through the morning.”

The fragrant sauce coats the thick and chewy noodles to achieve deliciousness with minimal number of ingredients — just the sauce, some pickles for crunchiness and chili oil for a kick in flavor. 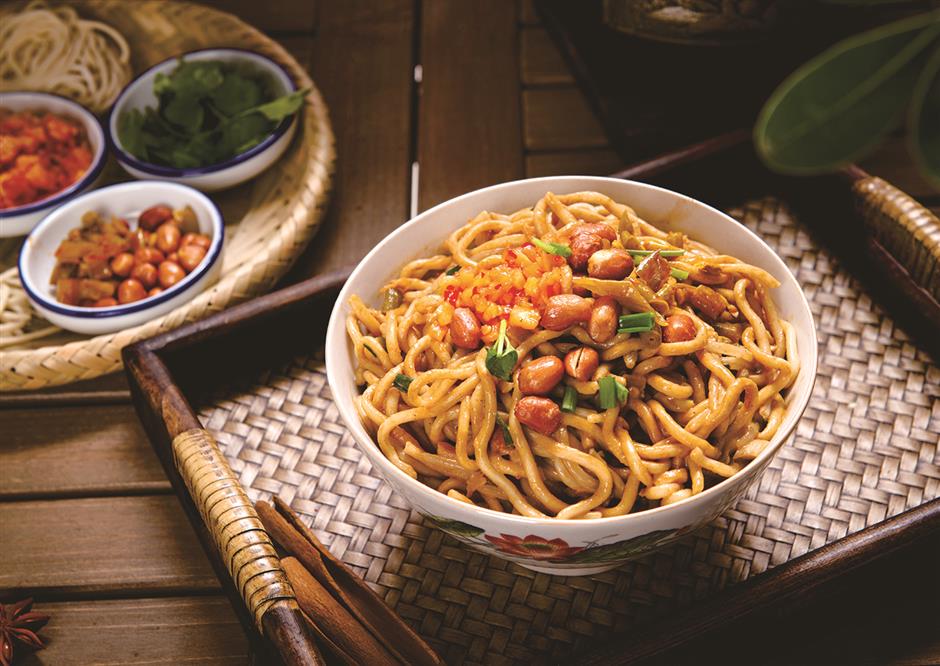 Sesame sauce pancakes are a traditional Beijing snack that spreads layers of sesame sauce in between layers of dough. The high-calorie treat is perfect for fans of sesame seeds, and it would go well with millet congee or tea.

And when enjoying Beijing-style lamb hotpot, the authentic dressing is sesame sauce based, seasoned with garlic paste and sometimes fermented tofu. 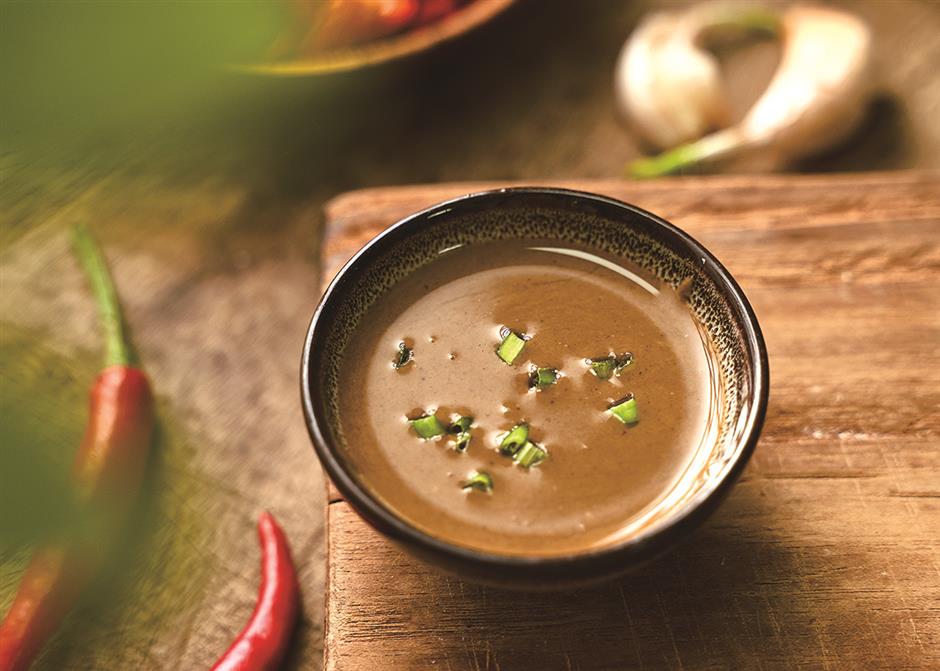 Another signature sesame seasoning in Chinese cooking is sesame salt, which is a combination of an equal amount of toasted sesame seeds, peppercorns and salt, all ground and blended well together. Sesame salt is the key ingredient in dishes such as sesame salt pork trotter, mantis shrimp or pork tender loin strips, as well as being used to season twisted steamed buns and make savory crackers.

Traditional black sesame filling is made with ground black sesame seeds and lard, hence the extra smoothness and richness. The oil added in the filling is also what makes them runny when cooked.

A sesame crisp is a classic Chinese cookie that adds lots of sesame seeds in egg batter to create super thin yet aromatic cookies.

Black sesame balls are a snack that’s becoming quite popular in China, claiming to have many health benefits such as keeping the hair shiny and black and toning the liver and kidney. While they do boast the actual nutritional value of sesame seeds, these sweet balls actually contain high amounts of sugar and the fat content also makes them not suited for people who wish to lose weight. 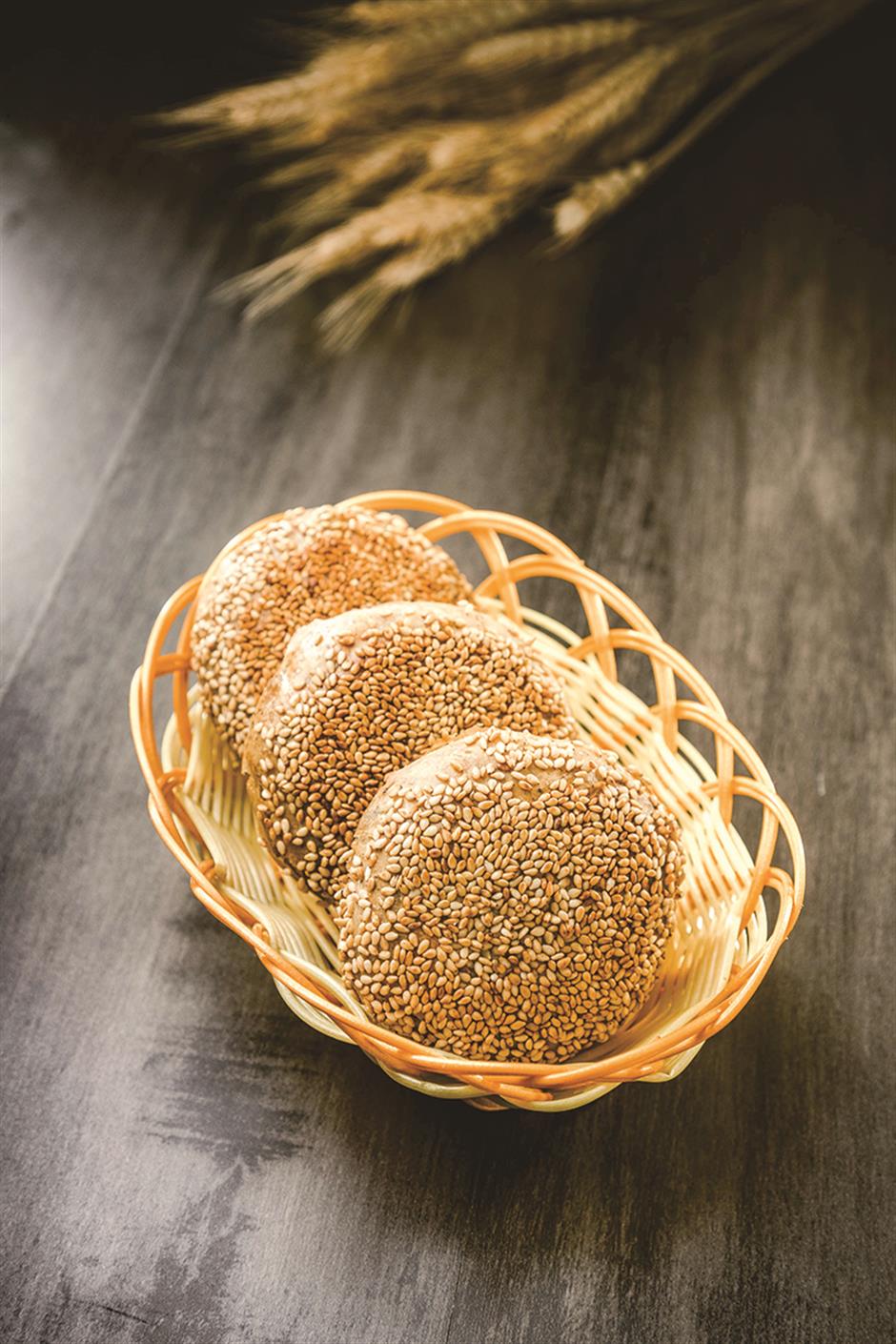