Podcast: Simple images can help in shaping the way we think 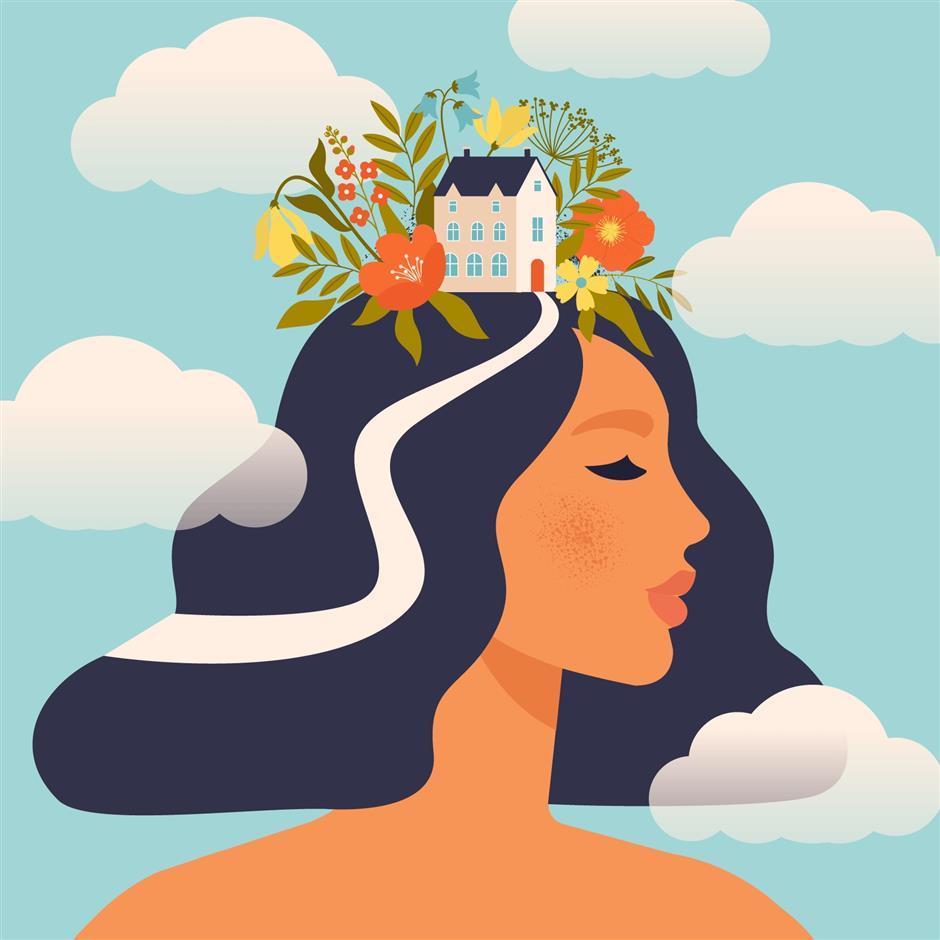 By imagining "The room is your mind," Maisel cracks down the complex psychological concepts with easy-to-understand imagines and real cases to address major challenges like depression, addiction, procrastination, loneliness, and promote cognitive growth, trauma healing as well as fundamental change.

Using simple visualization exercises, Eric Maisel, PhD, guides readers through techniques that change not only what you think, but also how you think, in his new book "Redesign Your Mind: The Breakthrough Program for Real Cognitive Change."

"The book is really based on a lot of guided visualization, a lot of pictures, pictures of the mind, and ways you can change that picture from one kind to another kind of picture," Maisel told Shanghai Daily.

"This seemed light-hearted and amusing. And there aren't that many tactics in psychology that produced results that quickly, that directly."

Maisel has written 61 books on issues such as creativity, life objectives, critical psychology and critical psychiatry, and mental fitness, and there is no indication that he will stop.

By imagining "The room is your mind," Maisel cracks down the complex psychological concepts with easy-to-understand imagines and real cases to address major challenges like depression, addiction, procrastination, loneliness, and promote cognitive growth, trauma healing as well as fundamental change.

A native of United States, Maisel is a successful author and a columnist for a number of well-known sites, including the Huffington Post and Psychology Today. He runs a creativity coaching practice after retiring as a practicing family therapist. 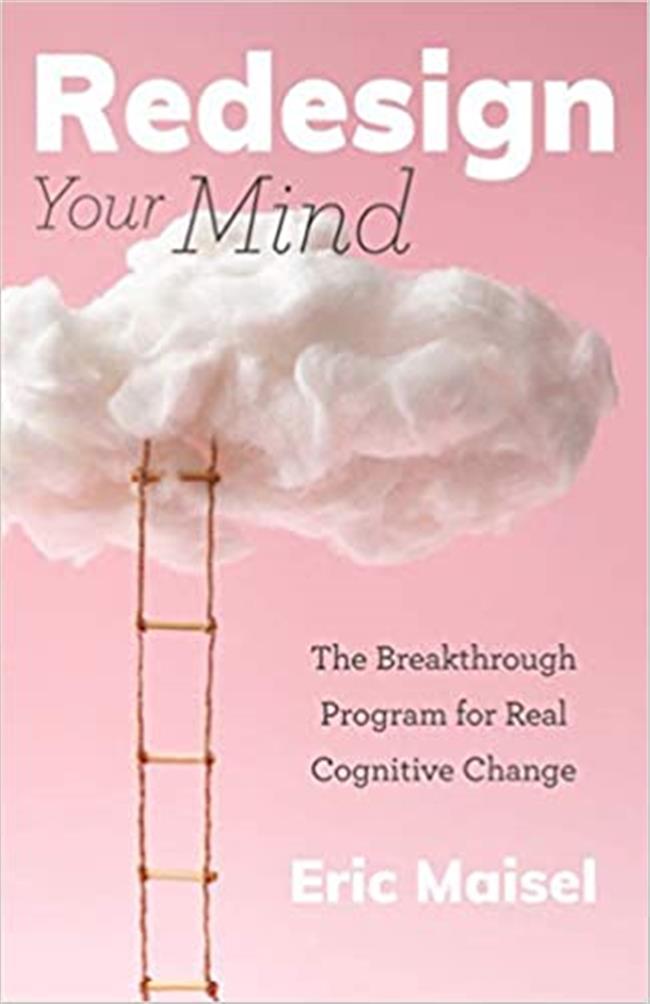 Q: What is the central theme of this book? Why is it that "the room is your mind" is used as a metaphor?

So instead of having to wrestle with your thoughts, you could change the place where the thoughts are generated and come up with new thoughts.

Q: In the realm of mental health, you can apply several metaphors to convey your feelings. But why did you have to pick a room?

A: It turns out to be a very useful metaphor. It allows for all kinds of interesting activities like repainting the walls of that room with a brighter color, so that you feel less sad, or installing windows in that room to reduce claustrophobia so that a breeze would blow through.

And also, I thought it was a little cheerful, sort of fun. So much of cognitive behavioral therapy isn't fun at all. It's very heavy.

And it is very easy to imagine. It's easy to picture throwing that bed of nails out and replacing it with an easy chair, just the idea of having an easy chair in your mind rather than everything being so tense and difficult and stressful.

When I chat with people, they do get it instantly, they can repaint the walls of their mind in a split second. And they can feel the change.

Q: Is it because you connect something hard to describe, such as anxiety and depression, to something very concrete?

A: Yes. For anxiety, there are two particular concrete ones that I like. One is the image of a calmness switch. So that when you walk into the room that is your mind, you just flip that switch and you're instantly calmer.

And the other is using snow globs. You can use an imagination, as the snow settles, you settle down. It's another way of thinking about calmness versus anxiety to have the snow settling in a snow globe.

And although I think I offer maybe 60 or more visualizations, but really the number is infinite. Because anybody would create their own easily imagined visualization to change the room that is their mind in ways that they want to change it.

Q: Has visualization been scientifically proven to be effective and supported by psychological evidence?

A: The idea of visualization as a practice started maybe about 50 years ago in a hospital in northern California, where someone got the idea to invite cancer patients to visualize their healthy cells defeating their cancer cells. Though the origins of visualization actually come out of a medical environment and has had very robust results, lots of different professions use it. I think it's one of those, actually very few things in psychology with a really good track record, with a lot of a proven help behind it.

It's both very powerful and very simple. It's one of those things without a lot of steps or memorizations. There are some areas of psychology where you have to go through whole scripts to get somewhere. 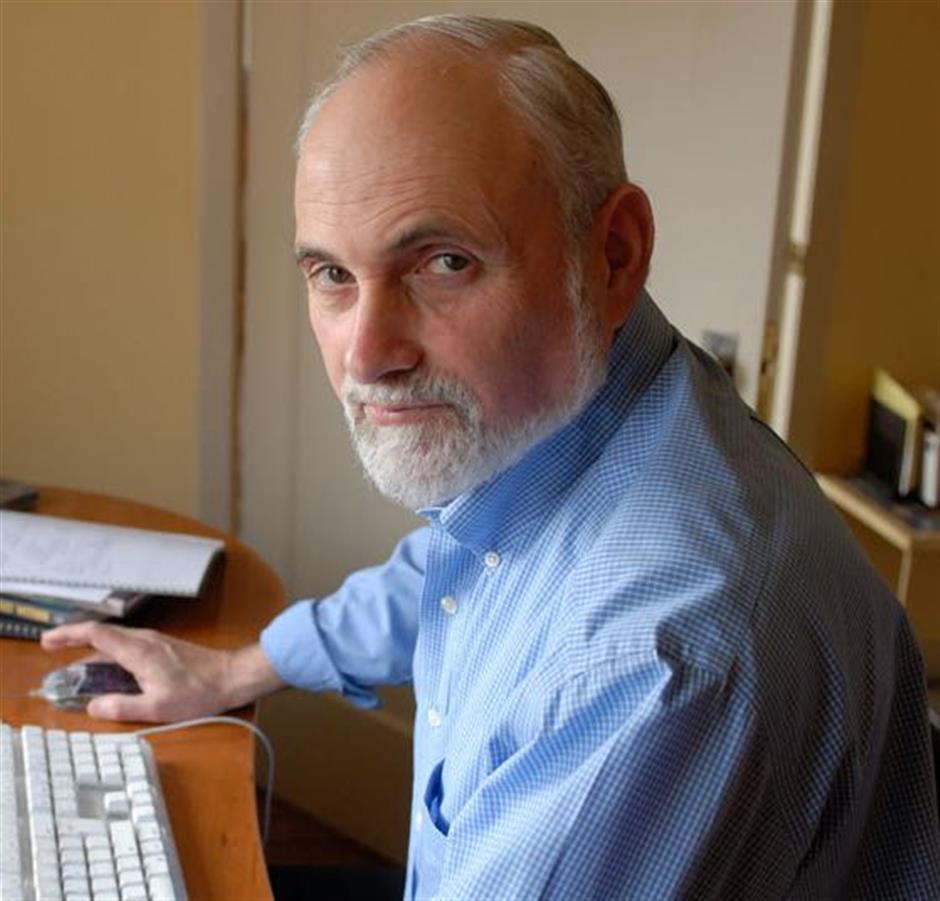 Eric Maisel is the author of more than 60 books on creativity, mental health and critical psychology.

Q: In terms of mental health, what do you believe the power and advantage of using meaningful conceptions and metaphors is?

A: As I say, one benefit is that you can make a quick change.

Psychotherapy started out, as I'm sure, in the area of psychoanalysis, the Freudian idea, where a patient would come and see the psychoanalyst 5 days a week, and would take years and years of coming 5 days a week for any change to occur. That's very slow and very expensive.

One of the great benefits of visualization is that; A, you can do it yourself; B, it is quick.

I think everybody is in this heavy place right now because of the virus, because of world politics, because of this and that and other things. You could call it depression, you can call it sadness, whatever to call it. People are feeling heavy. And these techniques allow for instant lightness. So that's why I think they're so valuable.

Q: You give readers writing prompts at the end of each chapter. What is the significance of this?

A: People go through life without having conversations with themselves. We're in a rush to stay put, and ask ourselves useful questions and then answer them. Many people, even people who journal in the morning, aren't necessarily using that journaling to increase their awareness.

They're typically more using their journaling just to get out whatever their feeling is. But these writing prompts are designed for the reader to have a conversation with himself or herself that he or she may not usually have. A writing prompt allows for self-awareness.

Q: You mentioned several successful cases of adopting visualization techniques to heal from mental disorders in the book; what are the typical scenarios in which these clients seek your advice?

A: I've been working with creative and performing artists for almost 40 years now, so those are the people I usually see: writers, painters, dancers and musicians.

They come to me with typical problems, existential depression, meaning, they're not sure that what they're doing matters or that they matter. Or they are not sure that the world needs another photograph or another poem or something like that.

You may know that the world's No.1 phobia is public speaking, people are afraid of speaking their mind. They come to me with different versions of performance anxiety. They come to me, especially with blockage and resistance, namely that they're not getting their work done. Life does not feel meaningful enough to them.

I try to paint a complete picture for that person on what changes have to be made, how there needs to be a change with respect to understanding life purpose and meaning, so that they can become motivated again, and how to deal with sadness and anxiety management tools.

Q: How do you recommend that readers use various visualization tools?

A: It's really quite simple, and that is, just invite a person to sort of thumb through them and land anywhere. Because it's one of those secrets that if you try any thing that may prove valuable, it doesn't matter if there are 50 or a thousand, it still comes down to actually trying one thing.

So if a person lands on the page that depicts painting the walls, then that alone can make the difference.

Q: Are there any failed cases? Because real life gets in the way. What if the case in the book "Angry Patricia," got even more angrier instead of being successful?

It hurts us to be repressing or suppressing an emotion, so that somebody who hasn't been angry or hasn't known that she's angry, now suddenly knows that she's angry. That's good.

Understanding all of that is a first step toward dealing with it.

So, if in a session a client is angrier than she was before, that's fine. And, obviously, then we have to address it. And the next question then becomes, what do you want to do with this anger? It's not about how do you want to get rid of it? We don't want to instantly get rid of it, because it may be valuable.

So the question is not so much how to get rid of these big feelings, but rather, what to do about these?

If I decide, I'm gonna stay angry for a while, this anger isn't good for me. I think I want to release it this way or that way.

Actually, I have a visualization where you release these big emotions through your fingers if you were shooting them out.

So to answer your question simply, I don't find it to be a bad thing that a person has big emotions like anger or anxiety or despair.

These are real human things and is better to know that you're feeling that, than to keep that information hidden.

Q: You mean you need to know what you really feel first, then you can deal with it.

A: You do. And in many households, children are not allowed to have feelings. And it is easy for a person to grow up, never really experiencing their own feelings. Then it becomes very scary to have a feeling because you've been fighting off feelings your whole life.

Q: It is very difficult to clearly realize your emotions. How can the general public, who isn't a psychologist, choose all of the strategies that are appropriate for their emotions efficiently and correctly?

A: I think we chatted about this the last time when we talked about a different book of mine, "The Power of Daily Practice." One idea is to institute some kind of simple healing, daily practice, whatever that might be.

That's one of the ideas behind all recovery programs.

So, I think it's easy to pick some simple tactics to try, but then you actually have to do them in a very regular way for them to work.

The main ideas to try things as experiments, because nothing in life comes with a guarantee. All we can do is try an experiment. That's the creative process. For example, you don't know that the book you're starting is going to work or not. You can't know beforehand if it's going to be great, all you can do is sit there and write it.

﻿
Special Reports
﻿
Podcast: Simple images can help in shaping the way we think
Podcast: Pandemic reshaping our relationships
Podcast:Behavioral addiction can be corrected at our own discretion
City offers incentives for migrant workers to stay put in city during holiday
Connecting with children via art therapy
Podcast: Art therapy may work 'like magic' on kids
Podcast: Chinese evangelist for the power of art therapy
Podcast: New era for art therapy education in China
Using art as a tool for meditation and healing
Therapists tune in to kids that are speech-impaired
EXPLORE SHINE