In service to the country
Shot by Hu Jun, Zhou Shengjie and Ma Xuefeng. Edited by Hu Jun. Subtitles by Yang Yang and Andy Boreham.

"I've been devoting myself to shooting and promoting it all my life. I hope more teenagers will like this sport, " said Tao Luna, women's 10-meter pistol shooting gold medalist at the 2000 Summer Olympics in Sydney. 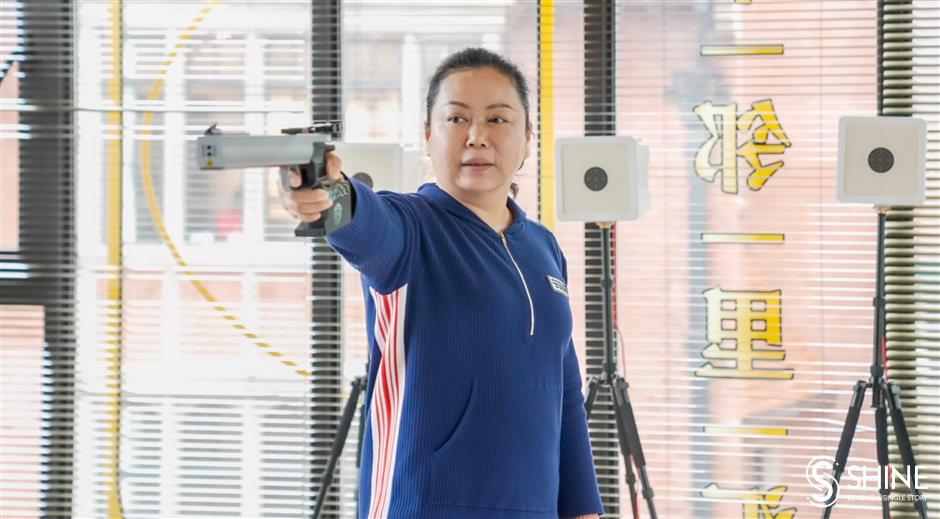 Tao teaches and explains the basic movements of shooting for students in a free class in Xuhui District's Tianping community on March 20, 2021.

"I think I have a lot to do, for example, spreading the culture and spirits of the sport."

Born in 1974, the Shanghai native who joined the Communist Party of China in 1997 and is now Party secretary of the Shanghai Cycling and Fencing Center, is involved in team-building work of the center at its suburban Chongming base on weekdays to stimulate the athletes' fighting spirit.

At the beginning of the new preparation period, the modern pentathlon team faced an awkward situation, as there weren't enough mature athletes – some had retired and some were too young (under 18 years old with little experience). How to develop the team became the biggest headache, and the training atmosphere of the entire team was once very low. 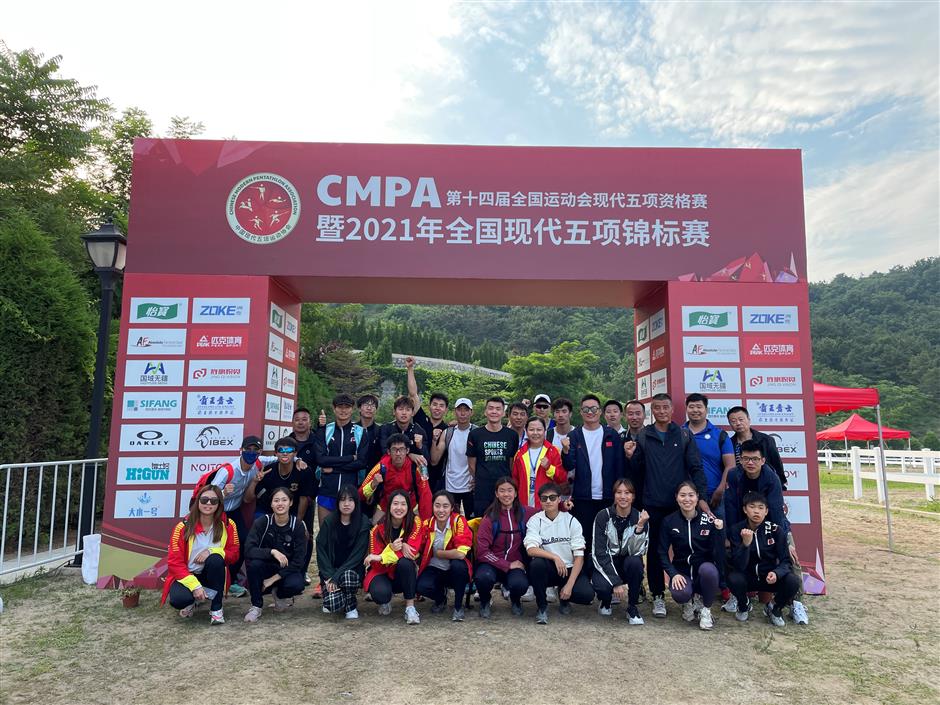 In the face of all the difficulties, Tao and her Party member colleagues gritted their teeth and made plans for team revitalization. Tao spent much of her spare time communicating with the athletes to relieve their pressure. As a result, she had no time for her own family. Her husband Huang Yibin once joked: "Athletes are your children, while your own son has become left behind."

Tao felt heartbroken hearing these words, because she knows she owes so much to her family. But she never gave up, and in her heart, the team has been her "home," and the athletes are her "children."

After years of hard work, the modern pentathlon team has improved significantly and won two gold medals, one silver and one copper in the 2020 national championship. 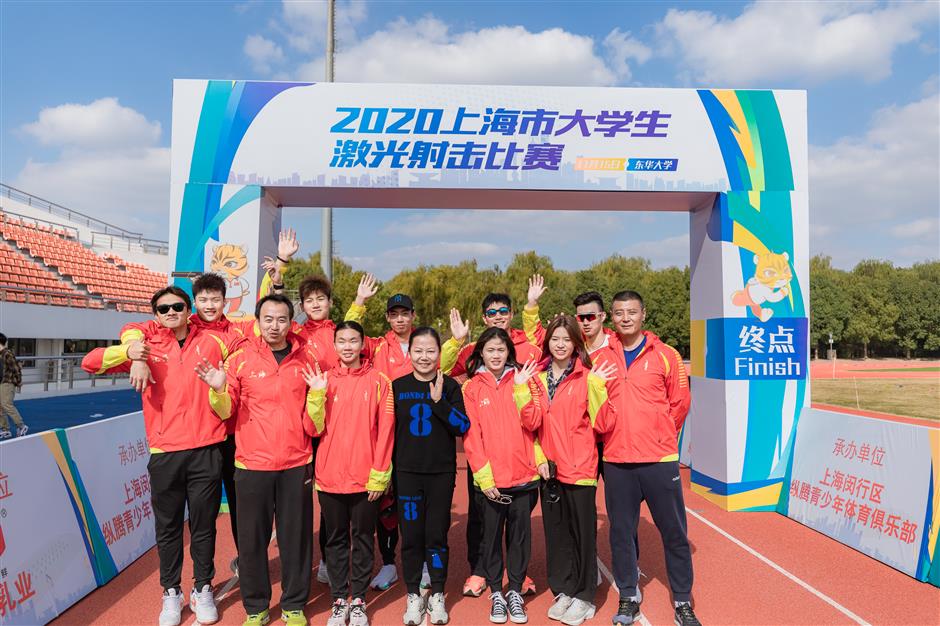 Tao poses with university students and coaches at a laser shooting competition in Shanghai last year.

Tao said she had spent much of her leisure time promoting shooting since her retirement as an athlete in 2013.

In 2020, she launched free classes in Xuhui District's Tianping community on weekends. She also goes to many primary and secondary schools across the city to give lectures, explaining the basic movements of shooting and popularizing the sport. Last year, Tao launched laser shooting competitions among middle school and college students in the city.

"I think that's what an Olympic champion should do," said Tao.

While parents in Shanghai pay more attention to children's academic studies, Tao encourages them to let the kids exercise and learn a sports skill.

"When you learn a skill, you can sometimes also learn its spirit," she said. "Sports is not only physical exercise, it also cultivates one's quality of mind and will." 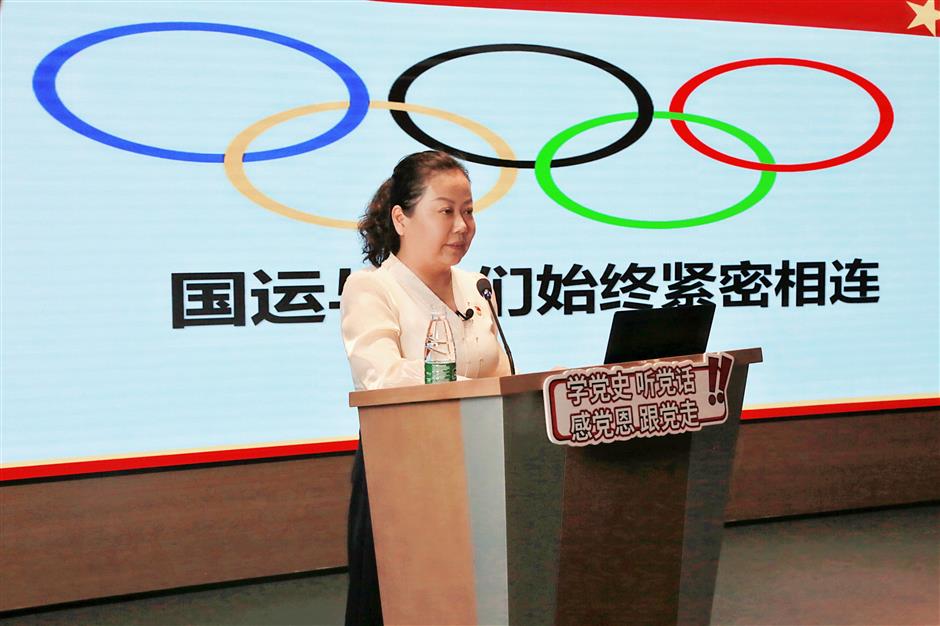 Tao delivers a speech on the spirit of sports.

For Tao, the spirit of sports – in addition to perseverance and always striving to be the best  – is not afraid of failure.

"It's very beautiful when you see athletes on the podium for a few seconds," she said. "But in fact, most of the time we are dealing with failures and challenges. For me, the biggest enemy on the field is myself."

After many years of giving lectures, Tao found what really moves an audience is her experiences with failure, including the women's air pistol event at the 1999 World Cup Shooting Competition and her failure in the 2008 Beijing Olympic trials.

Children in Tianping community sometimes shared their "great pressure and frustration" with Tao in class. One student said she felt guilty and pressed when she saw her classmates doing homework while she was playing during the 10-minute break between classes. Another said when he participated in a mathematics competition and didn't do well, he felt a sense of frustration.

"If they realize that even the world champion has grown up out of failures, they won't worry about their own," she said.

Tao set up a WeChat account where she tells the stories of champions in Chinese and English comics, which help popularize sports and spread sports culture. 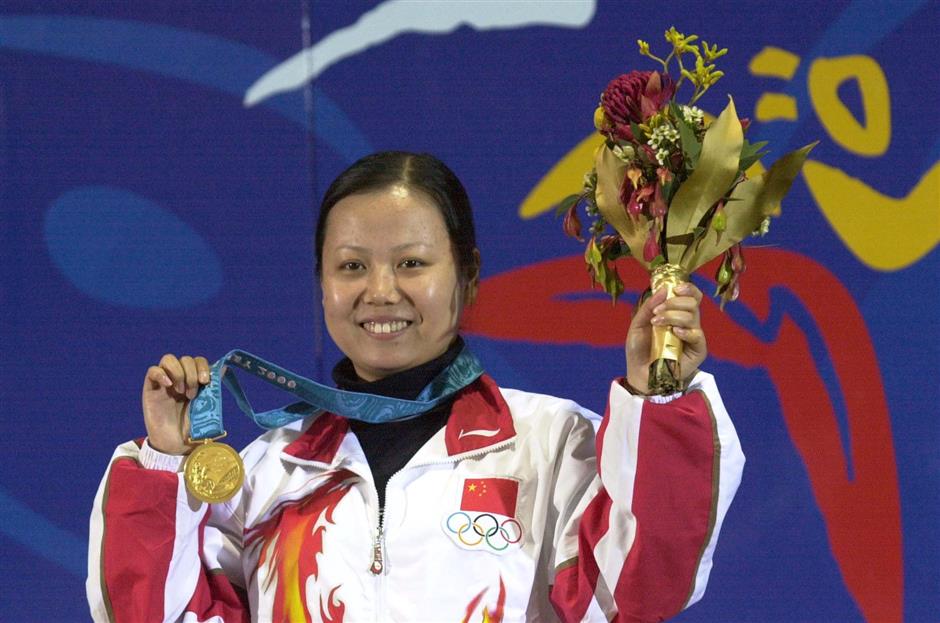 Tao Luna is all smiles on the podium with her gold medal at the 2000 Sydney Olympic Games.