Shanghai is to enhance its urban soft power to match its ambition to become a metropolis with global influence by 2035. President Xi Jinping has described the city character as inclusive, excellent, open and wise, magnificent and modest. This series illustrates how Shanghai is stepping up efforts in making itself more liveable for its residents. 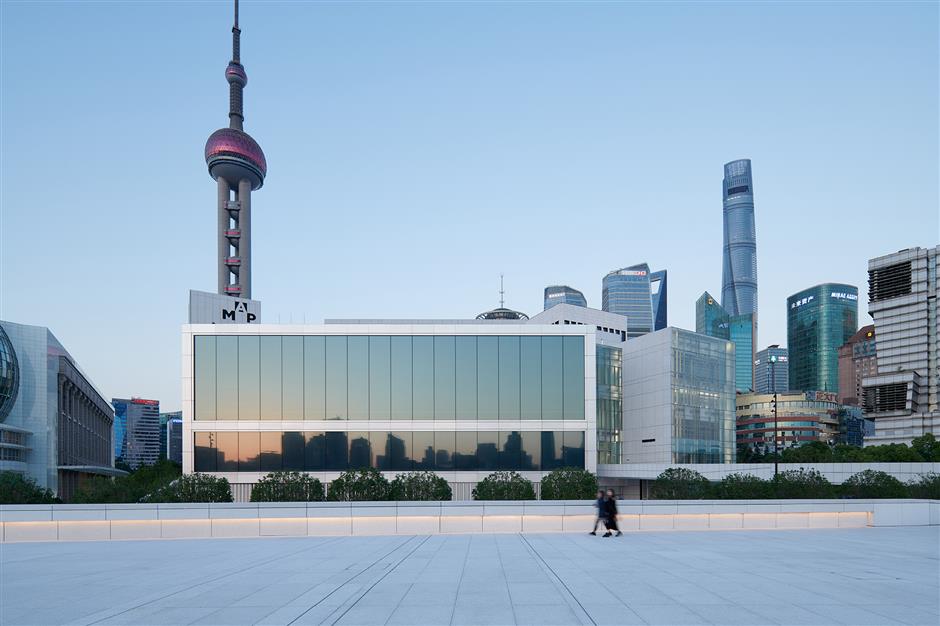 The Museum of Art Pudong along the Huangpu River.

Great metropolises are distinguished by popular cultural landmarks, mostly along their waterfronts like the left bank of Paris Rive Gauche and London's South Bank.

Shanghai has been adding its name to the list with multiple new cultural landmarks along the Huangpu River.

Astrid Poghosyan, an Armenian violinist and manager of Shanghai Symphony Orchestra, said Europeans may have to take a flight to see a top international art exhibition or listen to a classical concert. "But in Shanghai, we only need to take a cab," she said.

Poghosyan has merged into the community after studying at Shanghai Conservatory of Music in 2009. She said the artistic features of the city are its most attractive factors and make her feel like at home.

The grand opening of the Museum of Art Pudong (MAP) on July 8 provides locals and expats with an additional chance to see a world-leading art exhibition a cab ride away.

Shanghai is set to enhance its urban "soft power" to match its ambitions to become a socialistic metropolis with global influence by 2035.

As one of its key efforts, the city will create a unique cultural atmosphere as it aims to become an internationally recognized cultural center. Top-level cultural venues and performance clusters will emerge at downtown landmarks to help achieve the goal.

The latest work of renowned French architect and Pritzker Prize winner Jean Nouvel stands at a core area of the Lujiazui financial hub in Pudong, resembling a marble-and-glass rectangle along the river.

"I'm playing a game with the Huangpu River and surrounding spaces," said Nouvel. "I mean to blur the distinction between the structure and the environment." 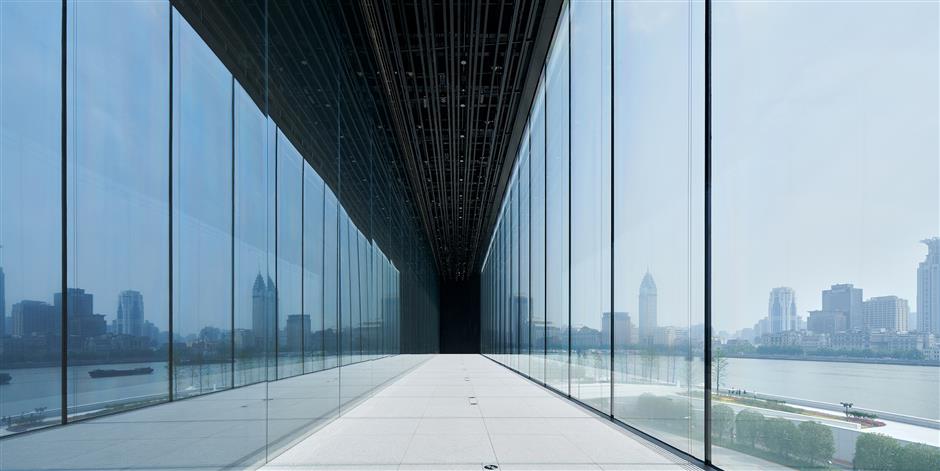 A sightseeing corridor at Museum of Art Pudong at Lujiazui Financial Hub.

The inaugural exhibitions demonstrate the intent for it to be a top international art museum. Chinese fireworks artist Cai Guoqiang's "Odyssey and Homecoming" features with two other exhibitions from the UK's Tate Museum and Fundació Joan Miró from Spain.

The financial hub rising from the alluvial soil along the river, formerly known as the headquarters of multinational financial companies and institutes, is now enhancing its art atmosphere with key exhibitions and cultural sites.

Several blocks away, the city's highest bookstore has opened on the 52nd floor of the 632-meter Shanghai Tower, China's tallest building. The store contains more than 16,000 varieties of books, including 1,150 foreign titles and more than 100 foreign journals.

Bookworms often queue for several hours for a chance to see the new Duoyun Books flagship store, with only 350 allowed inside at any time.

"The most authentic and attractive factor to a city is its culture," Shanghai Party Secretary Li Qiang said during his visit to the museum and bookstore in late June.

He asked to create high-standard cultural landmarks, deepen international cultural exchanges and attract more of the world's most outstanding artworks to make their debut at the local museum.

According to the future blueprint, collections from Muse'e d'Orsay in France and the Metropolitan Museum of Art in the US may be displayed at the new museum in Pudong. 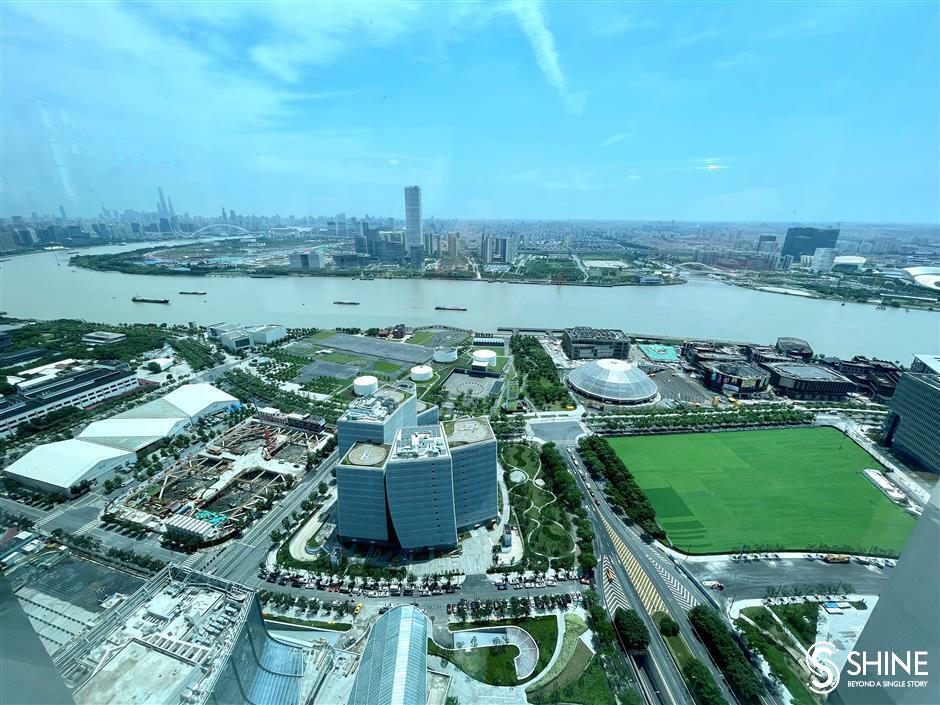 The West Bund Dream Center, a collection of riverside theaters on the waterfront in Xuhui District.

Upstream along the Huangpu River, a cultural carnival is attracting bookstores, publishing houses, musicians and art institutes from both home and abroad to host exhibitions on an artificial sand beach under a dome once belonging to Shanghai's first modern cement factory.

It is a key project of the West Bund Dream Center, a collection of riverside theaters on the waterfront in Xuhui District.

One of the largest areas of cultural facilities in Asia, the West Bund has created the "Art Museum Mile" with museums and art galleries converted from former industrial heritage structures along Longteng Avenue.

The Dream Center, the new landmark project, will include the West Bund Dome, West Bund Grand Theater and the West Bund Art Center South Branch. The future theaters and concert halls will have thousands of seats and cutting-edge performance equipment.

The dome was redeveloped from what was once Asia's largest cement plant built in 1923. The "Elephant" cement produced here was used to build many landmark structures in the city, such as Shanghai Customs House on the Bund and the Park Hotel on Nanjing Road W. It stopped operating in 2009 in line with the overall redevelopment on the West Bund.

The dome, a former plant cement mixer, is now intended to become a "multicultural blender" with stage performances, theaters and art exhibitions. 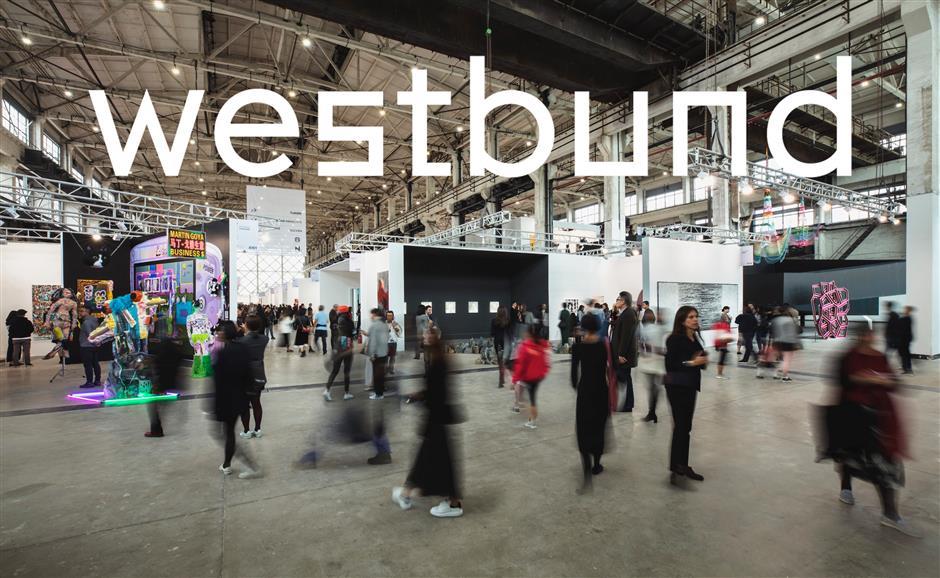 Many visitors are attracted to an exhibition at West Bund Art Center.

It initially opened to the public last month with choreographer Shen Wei's multimedia work "Integrate." It combined various art forms, including paintings and photographs, videos and shows on four giant screens and a dance with 37 performers.

"The dome has become an online sensation in Shanghai, attracting artists, movie stars and young art lovers from across the country," said Li Ming, director of the Center for the China Shanghai International Arts Festival.

Liu Yichun, one of China's top architects, has witnessed the redevelopment of the West Bund as he takes charge of multiple art projects, such as the Tank Shanghai art park, renovated from five giant aviation fuel tanks built in 1917 to supply fuel to nearby Longhua Airport.

The waterfront has nearly completed its grand transformation from an industrial hub into an art center, said Liu.

Over the past 10 years, the 11.4-kilometer waterfront has been transformed from a backwater dotted with walled-off factories to a rendezvous adorned with art venues.

The area reflects the city's manufacturing heritage, once home to its earliest iron, coal, grain and oil industries, their sites converted into popular cultural venues.

The Star Museum, the latest project being developed in the No. 18 warehouse of Nanpu Station, the city's earliest cargo railway, will open to the public soon. 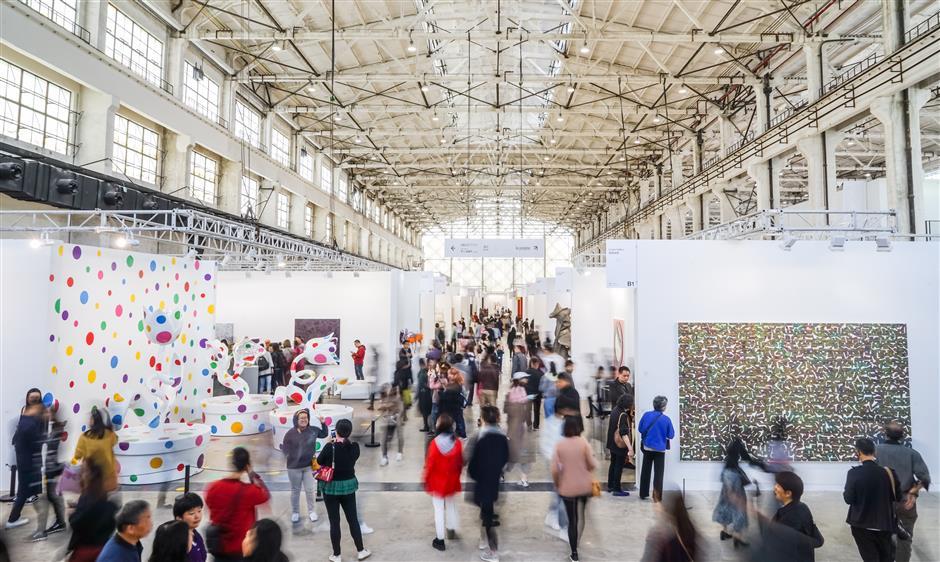 Shanghai ranks among the top 10 global cultural metropolises with New York, Paris, London and Tokyo, according to a report jointly released by Shanghai Jiao Tong University and University of Southern California early this year.

The number of cinema screens and performance stages has increased most rapidly in Shanghai among global cities between 2012 and 2019, the report says.

Opposite to Lujiazui, curtains are rising again on downtown theaters after performances were suspended due to the coronavirus outbreak. 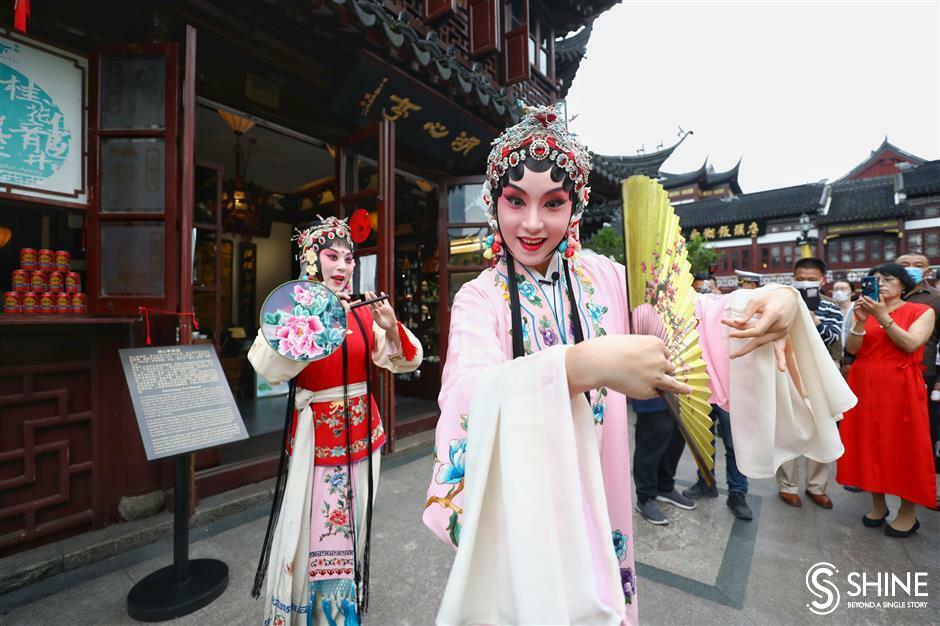 During this year's Labor Day holiday in May, close to 45,000 people visited the Show Life zone, with box office receipts of 6.46 million yuan (US$1 million).

The average attendance at the 12 professional theaters and 11 performance stages has reached 75 percent, the same level as before the COVID-19 pandemic.

The downtown theater district was named Show Life in 2019, with invitations to performers and producers from around the world.

The area near People's Square in Huangpu is planned to host 15,000 performances every year – part of the city government's ambition to make Shanghai the "Performance Capital of Asia."

The popularity of Shanghai's downtown theaters and stages was largely restored in the first quarter of 2021, following suspended operations and seating limitations amid the pandemic, said Xu Yanqing, director of the culture and tourism bureau of Huangpu.

The zone, which represents a new lifestyle for arts and performances, has become one of the densest theater clusters on the Chinese mainland and is a key representation of the city's cultural soft power, according to the bureau. 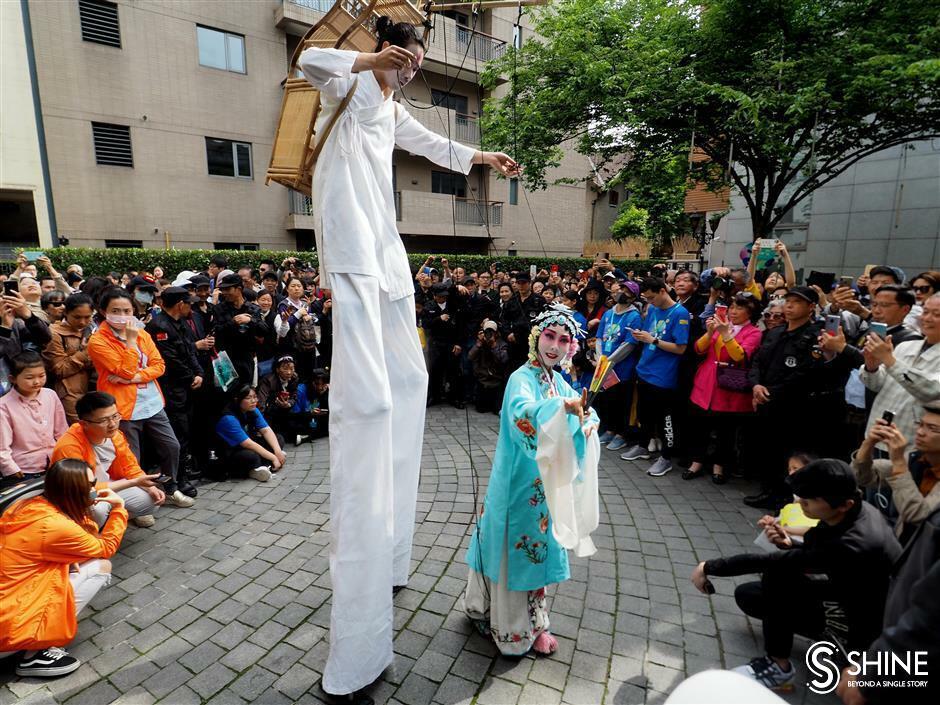 An art performance at Sinan Mansions attracts a crowd.