Since the launch of the poverty alleviation campaign, poor areas in the country have seen notable improvements in local education services. Since 2013, China has renovated 108,000 schools to strengthen the provision of compulsory education in poverty-stricken areas.

There are no dropouts in the countryside due to financial difficulties, and the completion rate of nine-year compulsory education, now available to all children from rural poor households, was 94.8 percent in 2020.

All of China's elementary and secondary schools (including teaching centers) have access to the Internet, and 95.3 percent have been equipped with multimedia classrooms, according to an earlier released white paper on poverty alleviation.

The following three cases will offer us a peek into some of the endeavours made by foreign-invested companies to help children in poor areas gain access to quality education. 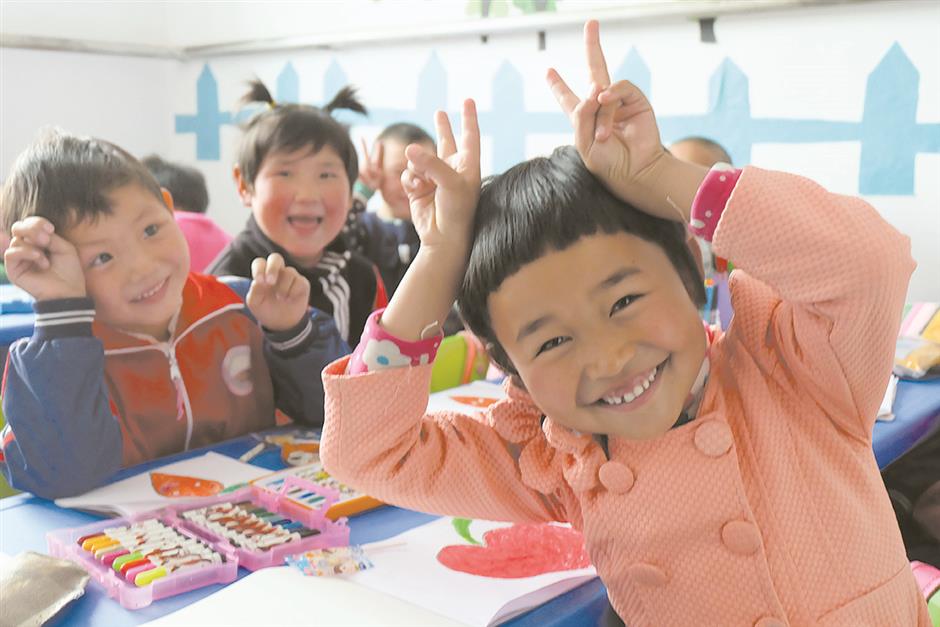 From June 2015 to August 2018, the Bosch China Charity Center joined forces with the China Development Research Foundation to help establish teaching sites in remote mountainous villages of Altay Prefecture in the Xinjiang Uygur Autonomous Region under the "Kindergarten in Mountainous Villages" program.

Based on the development plan of Altay Prefecture, and the location of herdsmen settlements, the project made full use of existing resources to provide free preschool education for children aged between 3 and 6 years in the form of "daytime school" and set up bilingual kindergartens in mountainous villages.

The fund of 6.4 million yuan (US$987,520) invested by the Bosch China Charity Center was mainly used for subsidies and training for preschool volunteers in kindergartens, as well as the purchase of facilities, equipment, toys and extra meals for children.

The "Kindergarten for Mountainous Villages" program expanded its coverage by making full use of idle teaching sites, houses, village committees and other places, integrated various resources, and optimized teaching staff to improve the overall quality of preschool education.

As of 2018, 104 kindergartens with 160 classes had been set up in the three pilot counties and cities, namely Altay City, Jeminay County and Qinghe County, benefiting 3,837 children in total. The implementation of the program in Altay Prefecture has offered fair development opportunities for children in farming and pastoral areas.

Inspired by the "Kindergarten in Mountainous Villages" program, the Altay Prefecture launched the "Eyas Project" in early 2016, with an aim to allow children of all farmers and herders to receive free, fair and formal preschool education in the future. 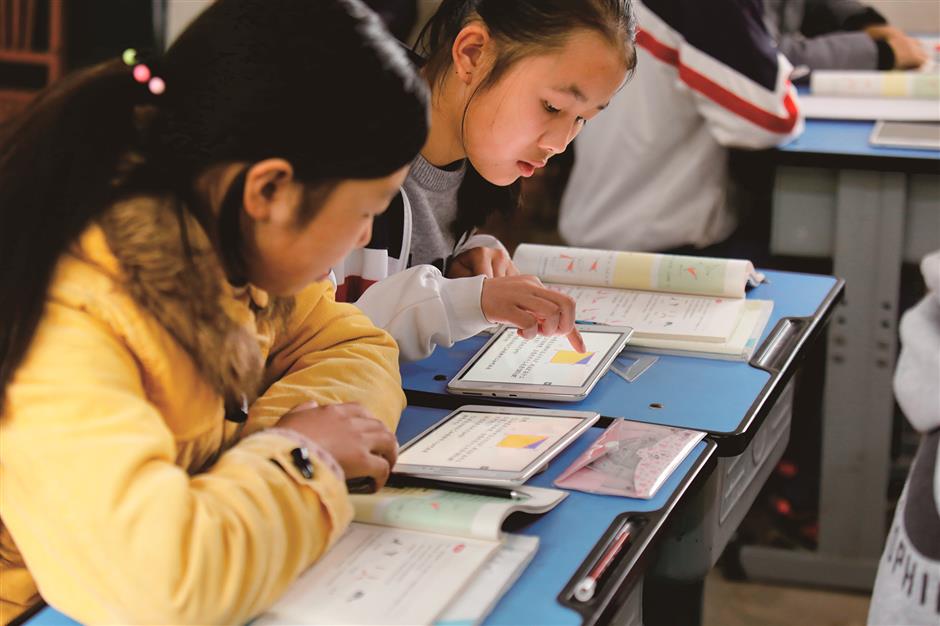 Students use tablets in the classroom. "The 21st Century Classroom" project aims to enhance teachers' skills and students' learning aptitude.

In 2006, US chip giant Qualcomm launched the "Wireless Reach" global program to bring wireless technology to underdeveloped communities around the world. With its partners, the program aims to foster entrepreneurship, support public safety, improve health care, bridge the digital divide in education and promote environmental sustainability.

By the end of 2019, more than 120 projects in 48 countries and regions had been carried out under the program. In China, the company is working with 90 partners on 18 projects, benefiting over one million people.

"The 21st Century Classroom" is one of those projects. Launched in 2015 in cooperation with the China Children and Teenagers' Fund, the project aims to enhance teachers' skills and students' learning aptitude.

The first phase was piloted in three primary and secondary schools in Guang'an District in Guang'an City and Yilong County in Nanchong City of Sichuan Province, benefiting around 200 teachers and 4,000 students aged between 7 and 15. All participating teachers were equipped with 3G/4G tablets which can interact with multi-functional touch pads in the classroom and have access to resource platforms and smart classroom management systems. Students are also equipped with tablets, which they could use to review classroom videos and obtain reference materials, communicate with classmates and teachers and prepare for exams. 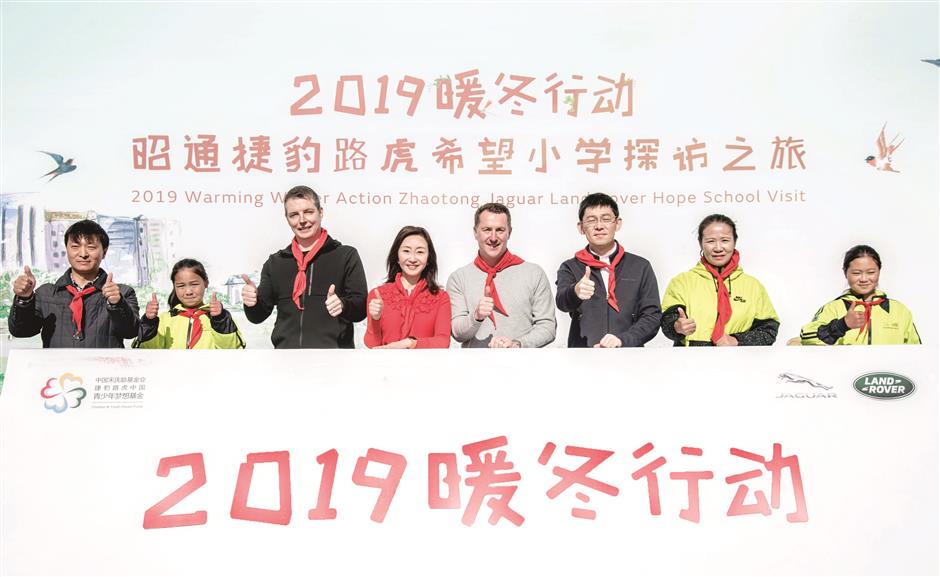 UK automaker JLR's ties with the Hope school date back to 2014. The JLR Hope School, formerly called Caopidi Elementary School, is located in Qiaojia County of Zhaotong City in Yunnan Province. In 2014, the school was severely damaged in a 6.5-magnitude earthquake. JLR China donated 5 million yuan (US$771,500) via the China Youth Development Foundation two days after the earthquake to support its reconstruction. In 2015, teachers and students moved to the new campus covering an area of 15,000 square meters.

Under the program, eight volunteer teachers were sent to the school on a regular basis, therefore elevating the teacher/student ratio at the school from 1:40 to 1:20. Since the launch of the Dream Class program, the school's overall ranking in the town has been lifted from the bottom to the top five. The introduction of new courses such as English, music and PE also helped raise the school's overall quality in education. Moreover, both local and volunteer teachers at the school received systematic training and improved their teaching skills.

The first Warming Winter Action, carried out in December 2015, successfully raised 600,000 yuan, which was later used to purchase school uniforms and gift packs for students, and support the construction of a reading room and a multimedia classroom as well as some drinking water equipment at the school.