Nurturing a way of life in the bosom of nature

On my way to exploring the environment of the Huangpu River's upper reaches on Monday, I came across a modern art museum "planted" in the middle of a rustic farmland.

The walls of Ke Art Museum, painted white with curving roofs, exude a sense of motion as well as simplicity. The roofs are so designed as to mimic the Chinese character ren (人 human being), which looks like someone moving his or her legs in a walk.

Aside from creating a sense of motion, which implies a constant flow of energy, these ren-shaped roofs also reflect a traditional rural architectural style in the Yangtze River Delta region, which meshes with a simple and down-to-earth way of life on farms. 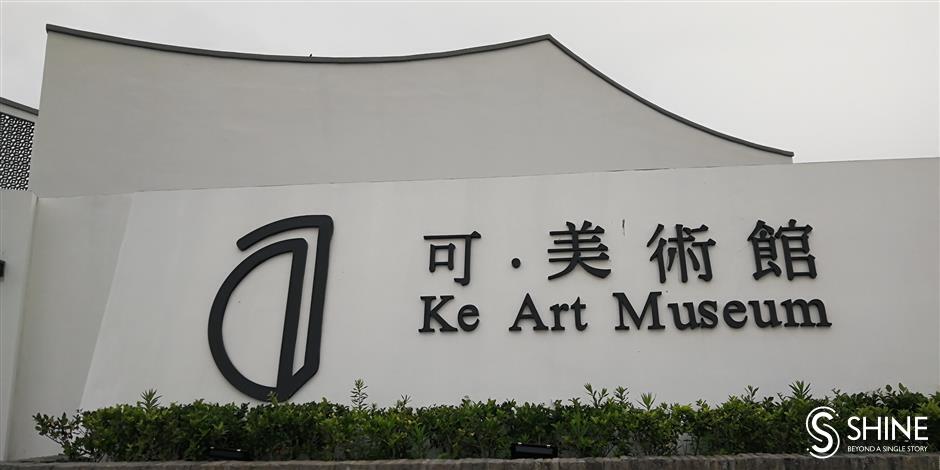 Ke Art Museum on the upper reaches of the Huangpu River is the first country art museum in Shanghai.

I had heard of the museum when it first opened in 2018, but I hadn't visited it until Monday when I was doing field research on the upper reaches of the Huangpu River – how the region should be better protected as a source of Shanghai's sustainable growth as well as a pedestrian paradise.

The rural art museum is the first of its kind in Shanghai, and its creators, including a group of artists, hope to make it the best countryside art museum in China. It's now being revamped, so more functions will be added.

Workers walk past the front gate of Ke Art Museum. The museum is being renovated and will reopen at the end of September. 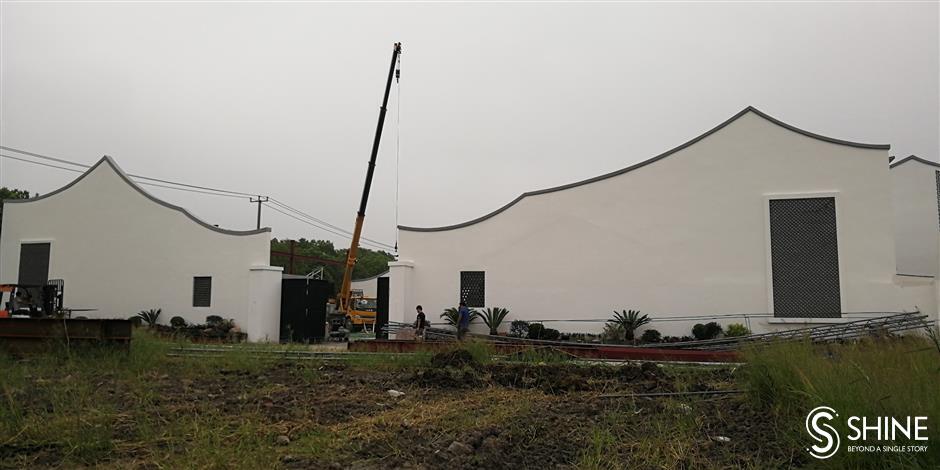 Part of the Ke Art Museum now under renovation

A security guard told me that a football pitch and vegetable garden will be built in front of the museum, so children and their parents from around the city can come and play on the sideline of creative work – such as making sand drawings and porcelain products. A manager on the site said the museum will reopen around the end of this month, after the current round of renovations. 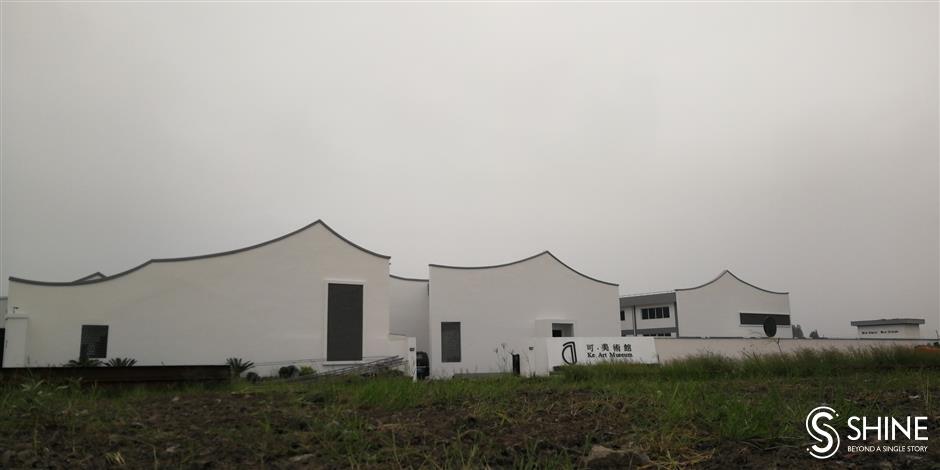 A football pitch is being built in front of the museum.

Once on the site, you will see this is not a typical urban museum simply shifting to a rural environment. In a typical urban art museum, you mainly watch displays. You seldom participate by making your own art pieces on the spot. Even less likely will you walk into nature as part of your visit – you are largely confined indoors. 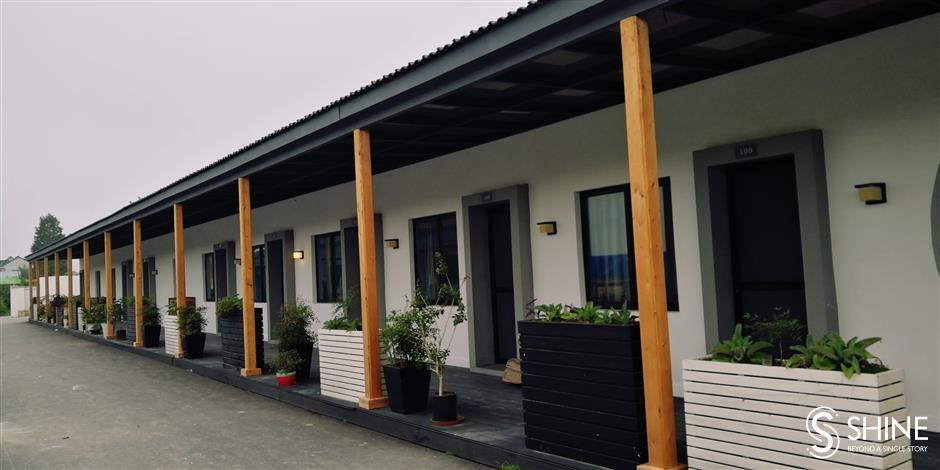 As I sauntered into the under-renovation Ke Art Museum, I noticed a number of art workshops were being built or refurbished to enable people to learn to create artworks on the spot. Some guestrooms were also upgraded to accommodate artists and visitors.

A standard tennis court open to the public is already in good shape. A future library with cozy reading spaces for kids is also in the pipeline. 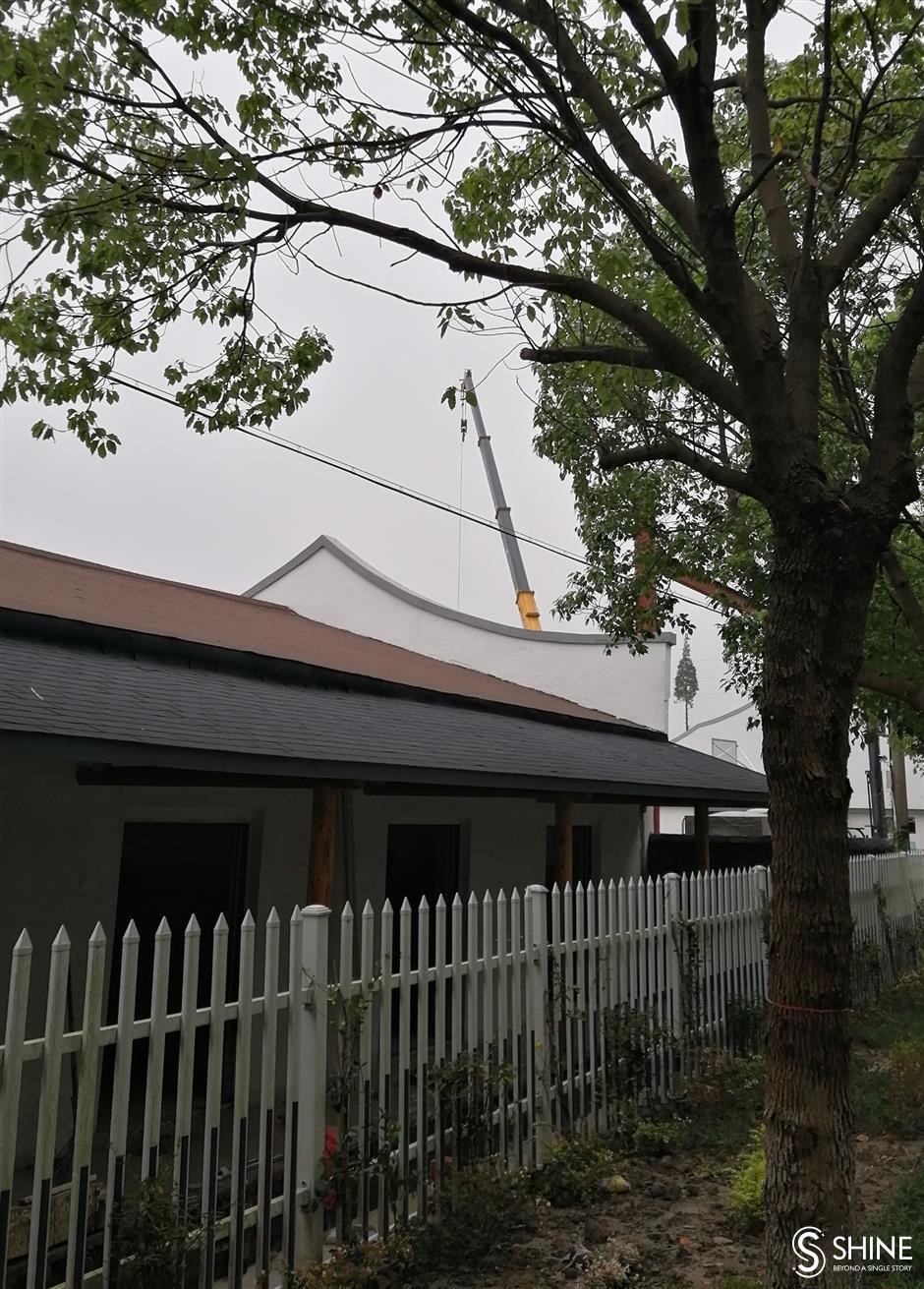 Several art workshops (under the sloping roof behind the fence) are being built at Ke Art Museum, where people can create their own art on the spot. A corner of Ke Art Museum

On top of all these new and strengthened "participatory" functions that are usually lacking in an urban art museum, Ke has yet another "unique selling point" – its location.

From the museum, you can easily walk to the Taipu River, a major river on the upper reaches of the Huangpu River. Taipu is an artery that helps link Taihu Lake in the west with Huangpu River in the east.

Skyscraping trees and vast farmland flank the Taipu River from both sides, creating a pristine beauty one rarely sees in downtown areas.

From the art museum one can easily walk to the Taipu River, which links Taihu Lake in Jiangsu Province with the Huangpu River in Shanghai.

As Shanghai moves to make the upper reaches of the Huangpu River more pedestrian-friendly in the future, Ke Art Museum stands to become a meeting place between the city and countryside – not merely a gathering ground exclusively for artists.

A rural art museum has many possibilities beyond what's possible for one in a city. In fact, ke in Chinese means "possibilities," and is also the name of one of the artists who helped create the museum.

In "planting" an art museum in an unlikely place such as a village, Ke's creators have expanded our collective imagination about how far a city and countryside can go hand in hand to nurture a way of life in the bosom of nature. 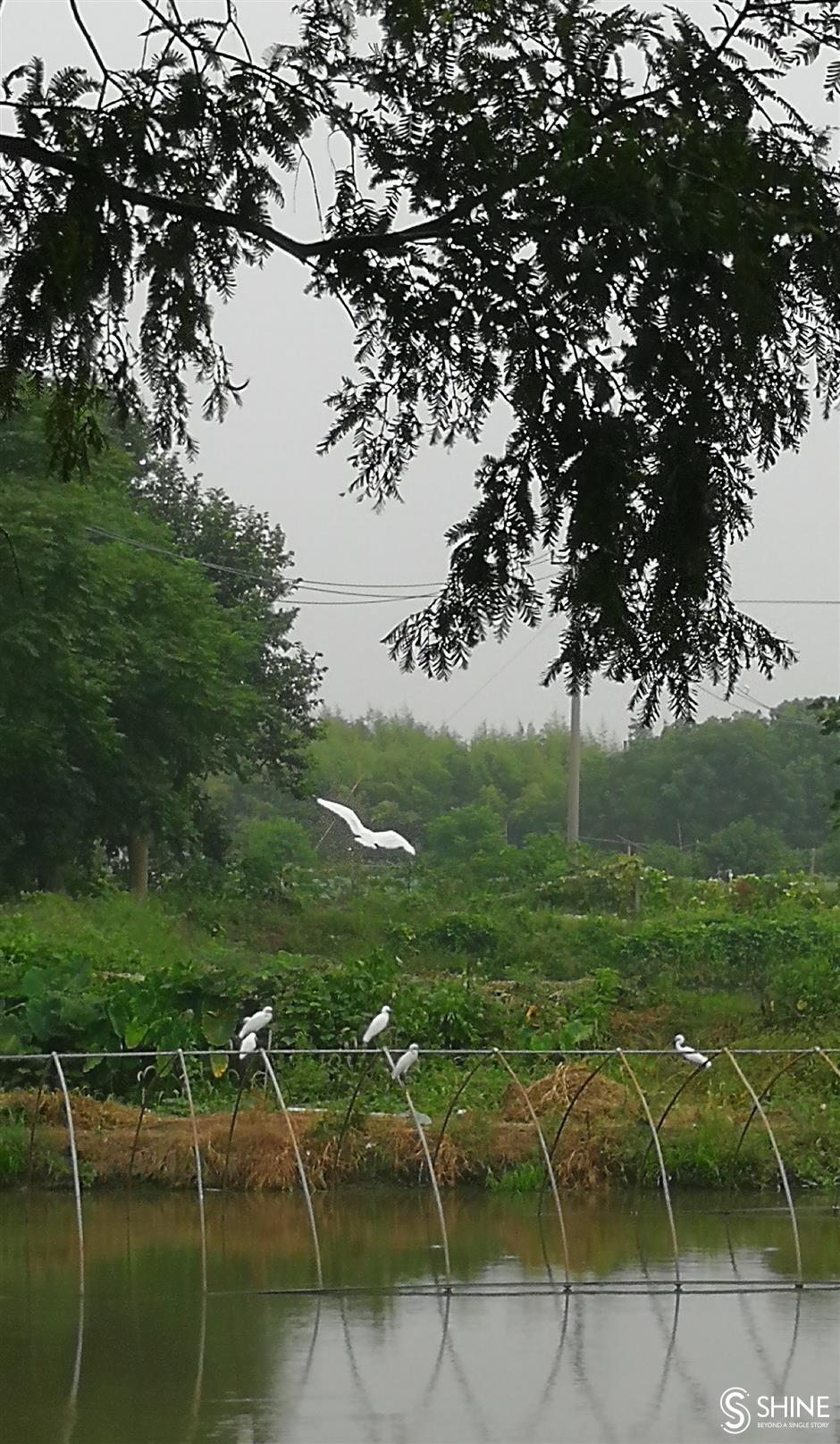 Not far from Ke Art Museum are vast stretches of farmland where herons fly freely. 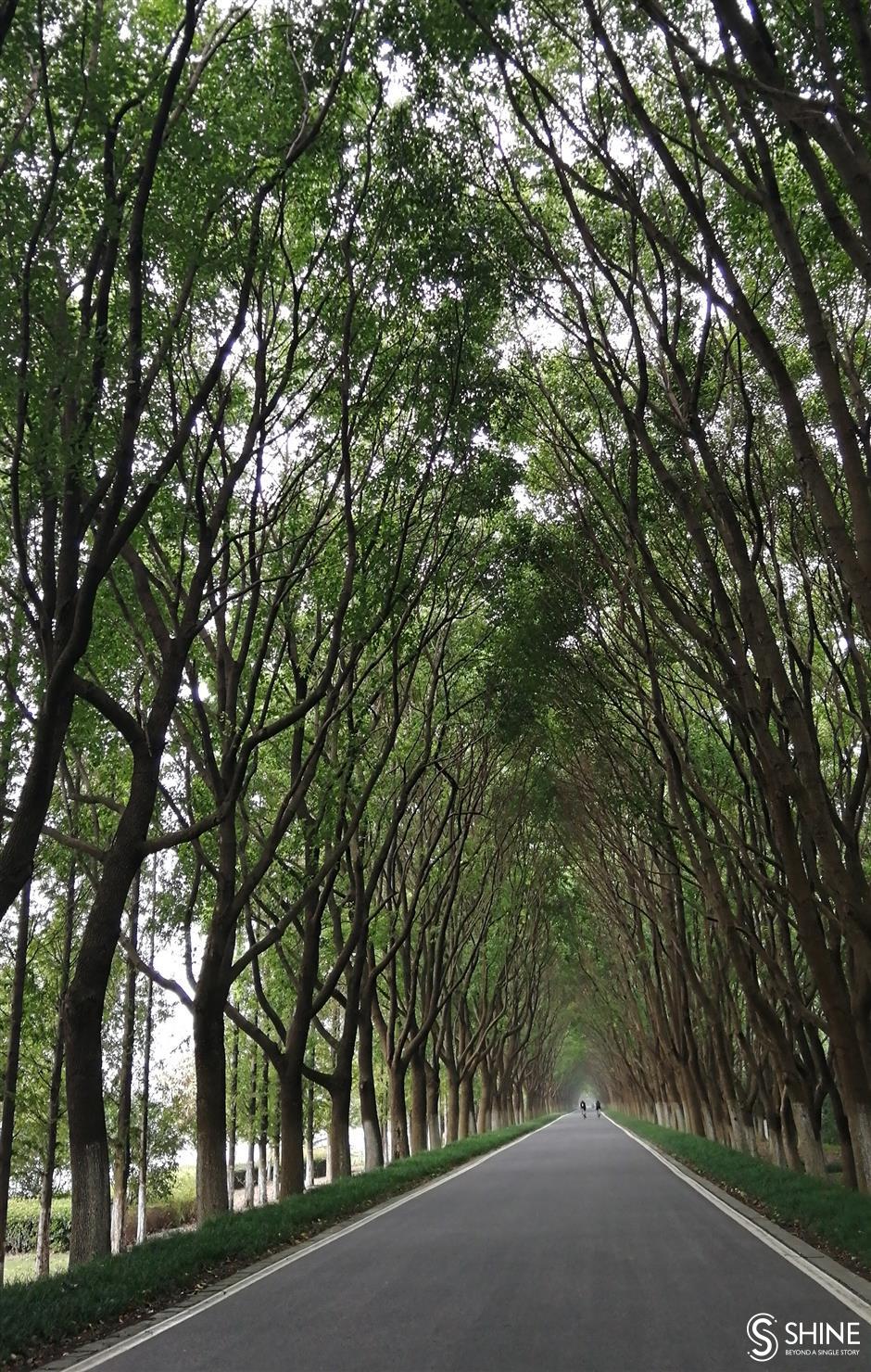 Two foreign cyclists exercise along the Taipu River, which passes the village where Ke Art Museum is located.