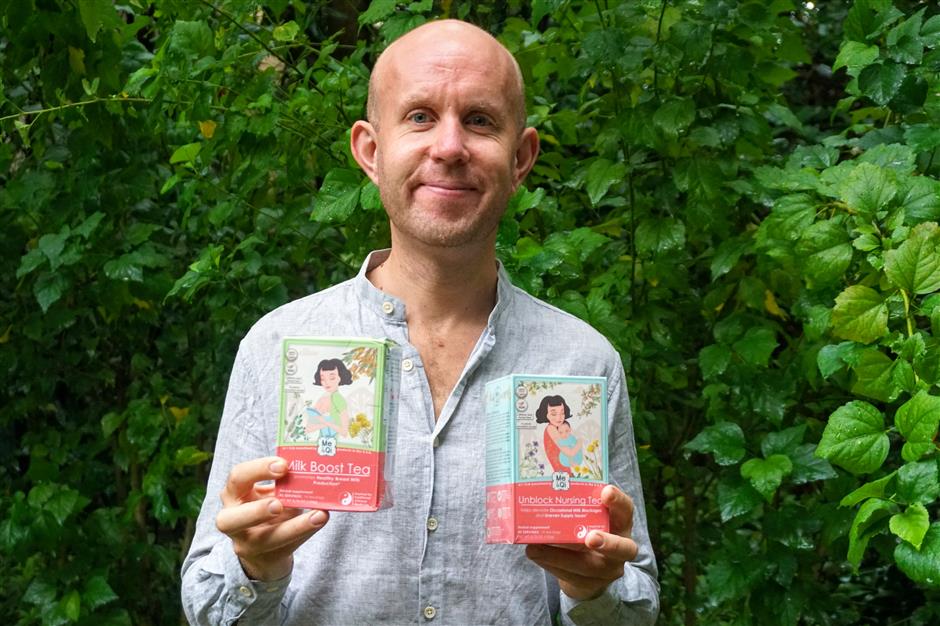 Frenchman Arnaud Bertrand, who operates a website in Shanghai dedicated to traditional Chinese medicine, sometimes misses his native country. Fortunately, some of the best France has to offer can be found on his doorstep.

He particularly likes a downtown French dessert shop that sells Paris-Brest pastry, which is made from choux pastry and praline-flavored cream. The pastry is in the shape of a wheel. It was created in 1910 to commemorate the Paris-Brest bicycle race that began between the two French cities in 1891.

But in this particular Shanghai shop, the popular patisserie was misspelled to read "Paris-Breast." That made Bertrand chuckle, and he noted the mistake on his Twitter page: "C'est la vie in Shanghai!" 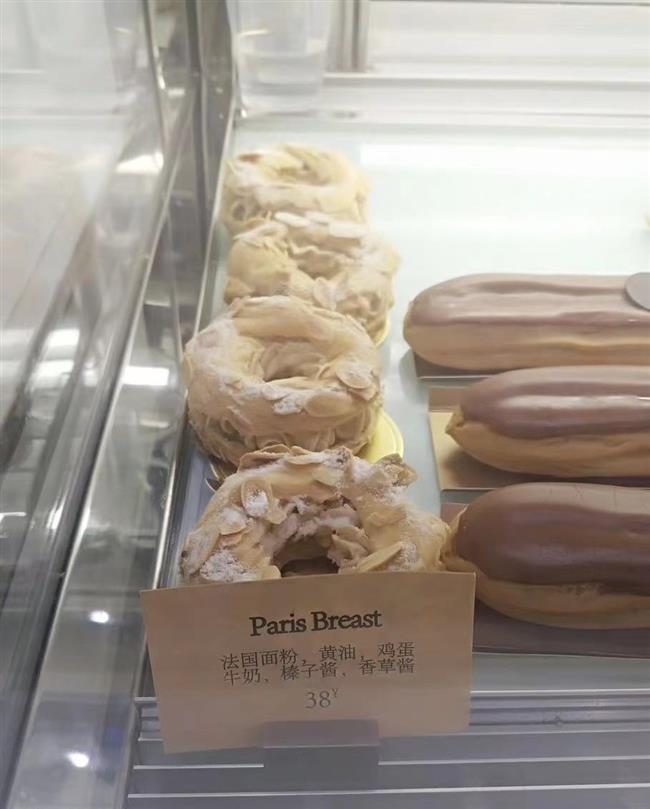 After living in several countries, Bertrand, 36, and his family have settled down in Shanghai permanently. His wife Chen Junjun was born in the city of Wenzhou in neighboring Zhejiang Province but grew up in Shanghai.

"That's one of the reasons we chose to live here," said Bertrand.

Bertrand met his wife in Switzerland in 2004 when they lived in the same corridor of a school dormitory. It took two years before they realized how much they shared similar values and ideas, and then became a serious couple.

"She was very hard to convince at first," Bertrand said. "But we really have a very firm relationship. We hardly ever argue with one another."

In 2009, before coming to China, they co-founded their first entrepreneurial company in Switzerland, called HouseTrip, and then moved it to London two years later. The online booking venue for holiday rentals employed more than 200 staff at its height. The couple sold it to TripAdvisor in 2015. 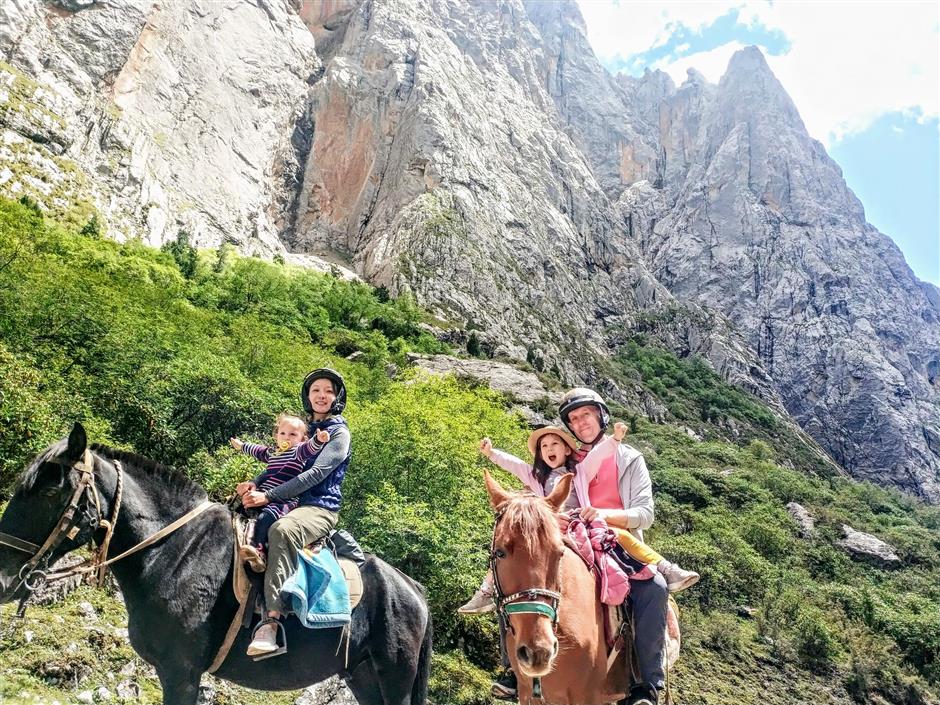 Arnaud Bertrand and his family have a trip in Zhagana, Gansu Province.

They now have two daughters and develop a modest business in herbal teas.

"It's something like a database of herbs and herb-related formulas," Bertrand said. "I have studied traditional Chinese medicine for years and took an online course from Hong Kong University."

The website shares information with the public at no cost. The couple also markets herbal teas.

Their interest in traditional herbal teas began when Bertrand's wife developed blocked milk ducts, while breastfeeding. The condition can be painful.

She tried all the commonly recommended solutions, to no avail. When she finally resorted to an herbal tea recommended by a TCM doctor, the problems vanished. She went on to try another herbal tea to stimulate breast milk production and was again astonished by the results.

The couple discovered that nursing problems are quite common among lactating mothers, so they created two specialty herbal teas, drawing on advice from TCM practitioners. One product, called Milk Boost Tea, is said to help generate more breast milk. The other, Unblock Nursing Tea, is for women who suffer from blocked milk ducts.

The latter is made of 12 natural ingredients, including dandelion, chrysanthemum flowers, angelica root, dried ginger and cinnamon bark, according to the Me&Qi website.

"At first, that was the only thing we were doing as a company – selling these teas," said Bertrand, "and then we decided to create a website to provide information about traditional Chinese medicine. Bit by bit, we noticed there was more demand for information than for the teas themselves."

As a result, the company places more emphasis on providing TCM information, while still selling the teas, he said.

Bertrand has become an ardent sinophile and speaks enthusiastically about China and Shanghai.

"When I was young, I had a prejudice against China, just like many other people living outside of China," Bertrand told Shanghai Daily. "Take the Xizang Autonomous Region. I used to believe that Xizang was an independent country.

"It was only after meeting my wife and seeing China with my own eyes that I realized that I had been living with huge lies about China, propagated by the Western world. China is totally not the country all this misinformation portrays," he continued to explain.

He said he is always happy to share his insights and experiences of China with people who may not know about the country well. He doesn't always succeed, he did admit, in changing mindsets. 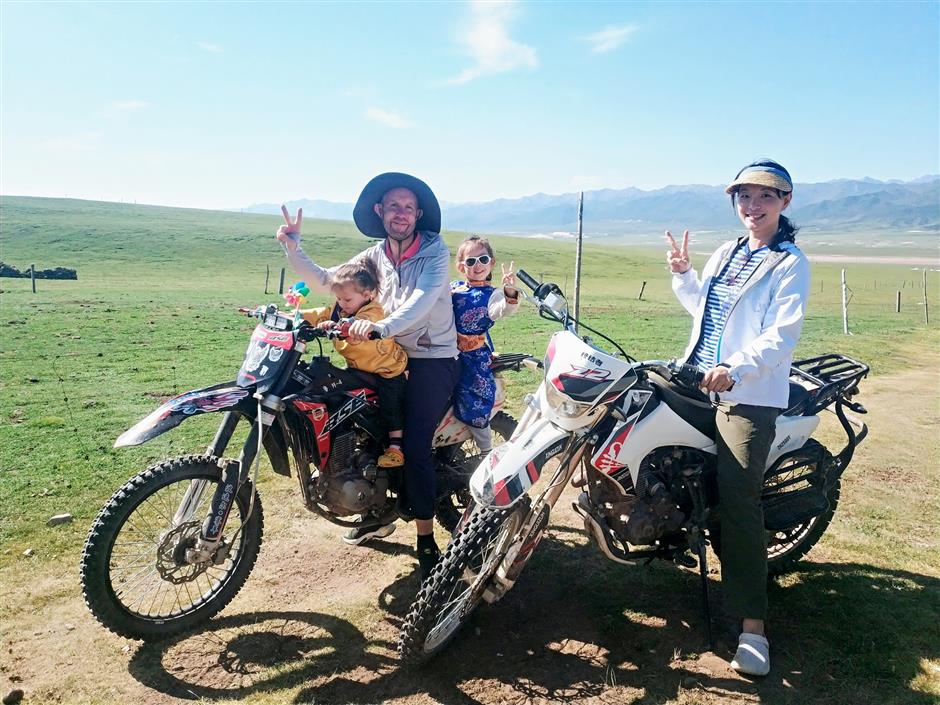 Arnaud Bertrand and his family have a trip in Qilian, Qinghai Province. 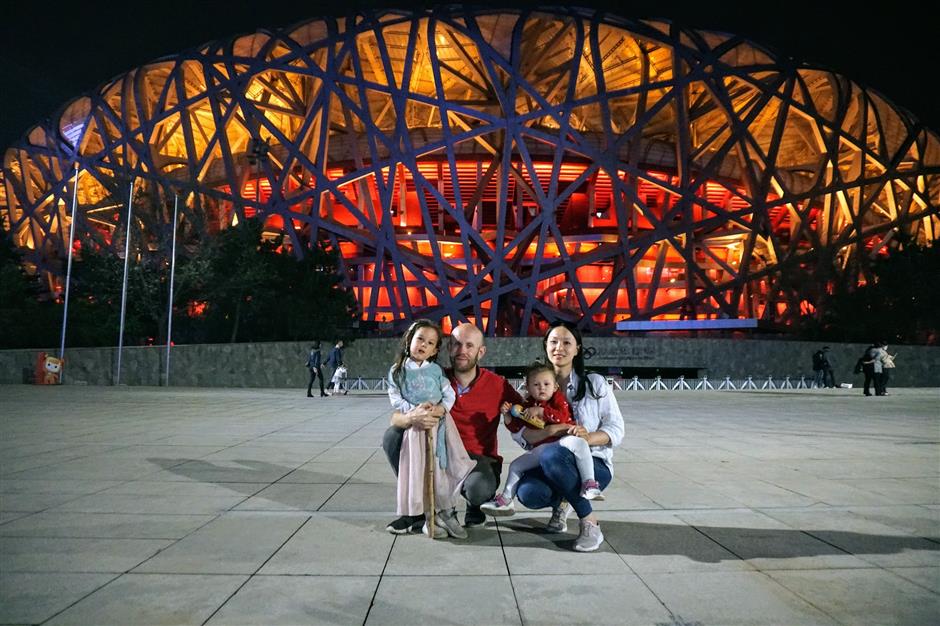 Arnaud Bertrand and his family in Beijing

Bertrand said he considers Shanghai the most livable city in the world because life here is safe and convenient, and there are high-quality educational resources.

"For me, China offers a considerable amount of freedom if one has the right definition for it," he said. "Freedom is about being free from the virus which China is very successful in tackling. Freedom is also about personal safety: freedom to walk around without having to worry about being robbed or hurt by other people."

One of the couple's daughters attends an international school, while the younger one goes to a Chinese school.

"The girls have two cultures, Chinese and French," Bertrand said. "I want them to be proud of both cultures."

Bertrand and his wife are foodies, which makes Shanghai an ideal place to live. They can enjoy cuisines from around the world, including Paris-Brest pastry.

"We love to try new restaurants and food," he said.

The family also visits museums, parks and sites that add to their knowledge of China's rich cultural heritage.

"We like exhibitions about Chinese history," said Bertrand. "We also love parks. We often spend a whole summer day in a Shanghai park."

The family has traveled extensively in China, time permitting, to take in sights of interest and natural scenery.

"We have been to many places to learn more about China," Bertrand said. "There are only four provinces I haven't yet visited, but I will in time."