Shanghai's biomedicine policy a shot in the arm for industry players

The International Biopharma Industry Week of Shanghai kicked off on Monday, hosting dozens of forums and industry discussion panels under the theme "Striving Together, Shaping Tomorrow."

Last year, Shanghai's biopharmaceutical industry was valued at 600 billion yuan (US$92.3 billion) with a gross industrial output of 140 billion yuan.

A total of 18 of the top 20 global pharma giants and 17 out of the top 20 medical device companies have set up their businesses in the city.

By 2025, life science industries in Shanghai are expected to have a market size of 1.2 trillion yuan and manufacturing output at 280 billion yuan.

"A multi-layered talent supply for both research and other professional services is also vital for the development of the industry in the long run," said Li Jia, director general of the Shanghai Institute of Medicine of the Chinese Academy of Sciences.

The ability to offer truly innovative products is what sets Shanghai aside from other domestic cities since it has the presence of established firms, startups, research institutions and hospitals. The capability to be truly innovative is vital for a world-class industry cluster, he said.

A returnee and former scientist at Novartis China's research center, Lu Xiangyang is exactly the type of talent Shanghai wants to retain.

Lu, who is CEO and founder of the four-year-old company Laekna Therapeutics, said he's looking forward to seeking commercial partnership and financiers at the industry week.

"Many of my peers with similar work and research experience are coming to Shanghai thanks to a complete industry value chain covering research, manufacturing, commercial marketing, and sales," he said.

The company aims to file for approval of a new cancer-treatment drug by the end of next year.

Lu said he hopes that as the industry week becomes an annual event it will serve as a bridge linking local and overseas industry players with international influence. 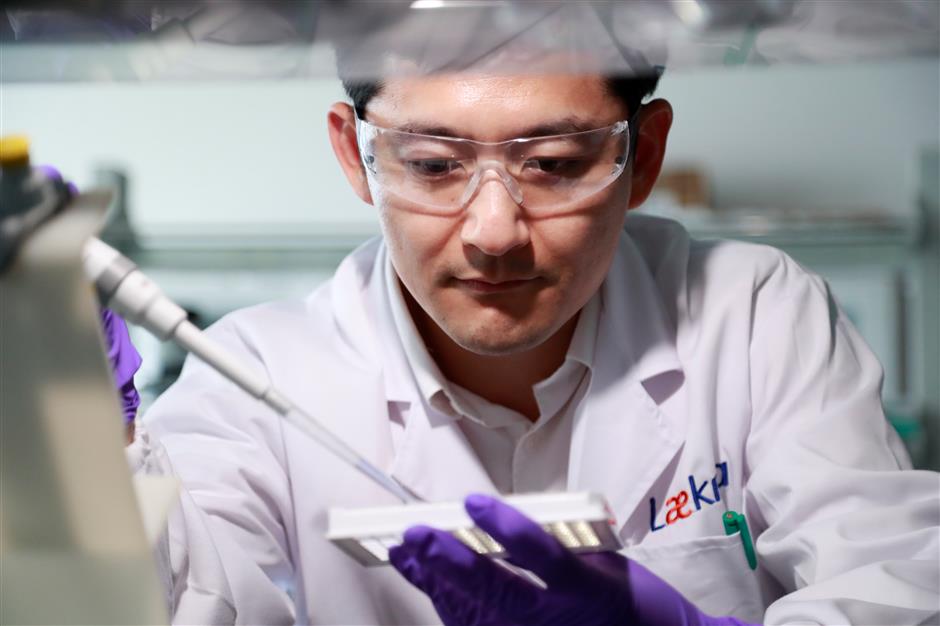 A researcher works at Laekna Therapeutics's lab in Shanghai.

"These developments also point to an exciting future, helping to promote R&D-focused partnerships that will expand the diversity of the R&D ecosystem and contribute to ensuring that Shanghai is recognized amongst the foremost biopharmaceutical industry clusters worldwide," said its CEO Pascal Soriot.

The Global R&D China Center has shifted its focus from conducting confirmatory studies in China and supporting new drug releases to earlier stage research and development. 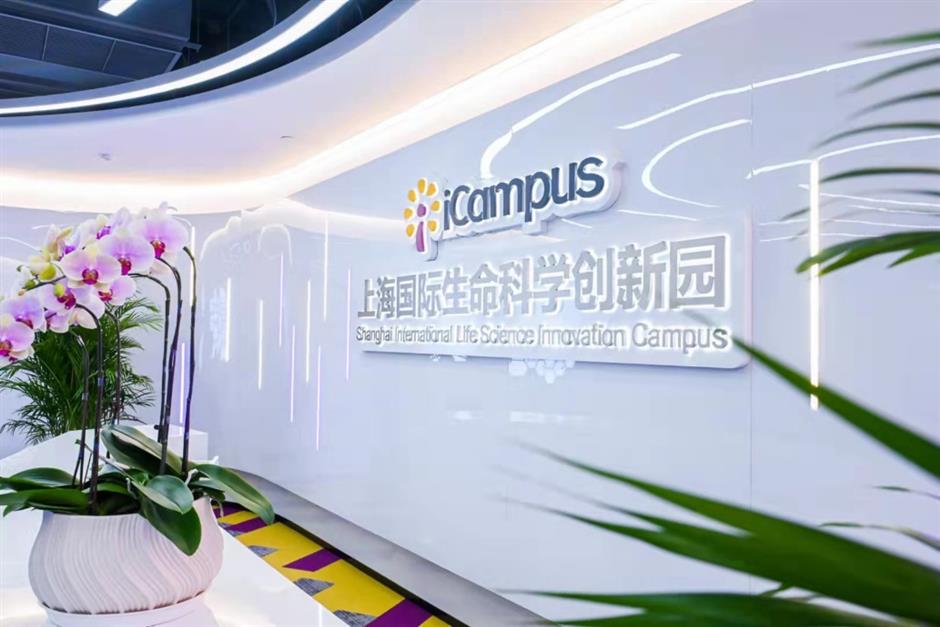 J.P. Morgan is hosting a local version of its annual health-care conference in Shanghai which is the most influential investment symposium that bridges industry players and financial service providers.

Mark Leung, CEO of J.P. Morgan China, pointed out that Shanghai is already a front-runner in terms of attracting biopharmaceutical companies due to its solid industry layout, huge market potential and position as an influential financial hub.

"The robust financial infrastructure in the city and the establishment of the STAR board in 2019 have provided a strong boost to the healthc-are industry, including biomedical research activities and also new drug approvals, and financing deals such as IPOs and the issuing of convertible bonds have remained active," he said.

"The demand for financial services for biopharmaceutical firms is still in its early stages against the backdrop of warm market sentiment and investors' willingness to invest in the sector, and preferential policies laid out in the previous years have laid a solid foundation for companies to boom and prosper," he added.

He also cautioned investors about possible overheating, adding that investment in the biopharmaceutical industry is a lengthy and challenging process and requires sophisticated scrutiny. 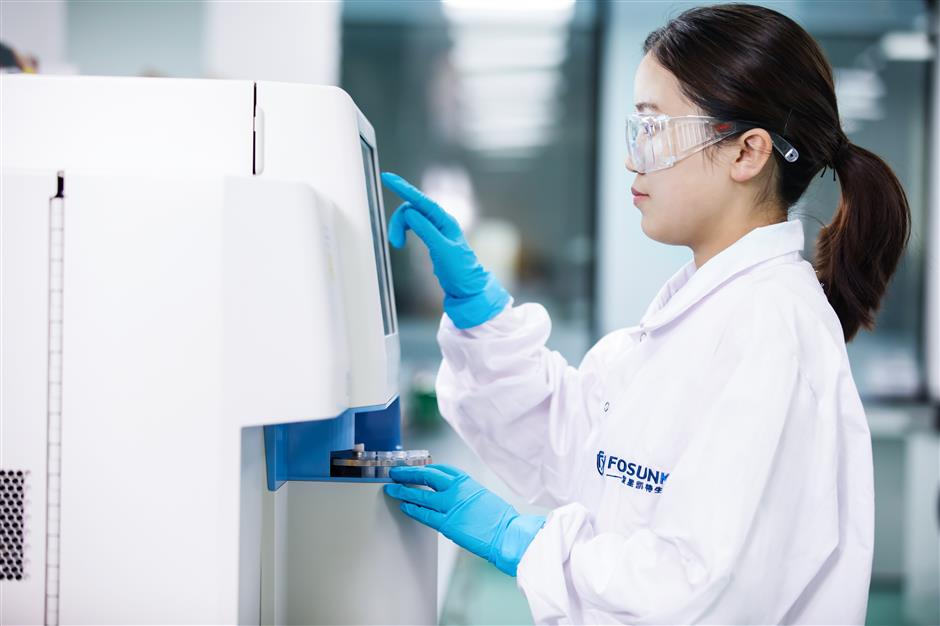 Indeed, Shanghai's strong research capability, clinical resources and commercialization, and its manufacturing network make it an ideal place for new medicines and treatments to take root.

The first-of-its-kind treatment involves the editing and transforming of patients' autologous T-cells by means of genetic engineering and then transfusing the cells back into patients.

At least 10 domestic patients are undergoing the treatment procedure, and at Shanghai Ruijin Hospital, the first patient to be treated with the cell therapy in late August went into remission one month after the therapy was first administered, according to Xu Pengpeng, a physician from hospital's hematology department.

Ruijin Hospital is also the first to be included in a clinical trial for the new therapy before receiving official approval from the regulatory body in China.

Fosun Kite has set up a 10,000 square meter production facility in Shanghai and CEO Huang Hai said it has benefited a lot from the city's preferential policies to allow top talent to work with local health-care professionals.

Apart from the production side, how to ensure patients receive proper monitoring before and after receiving the treatment is also an essential part of the novel treatment.

Fosun Kite said it's partnering with dozens of city-level hospitals to set up a holistic treatment procedure which including chemotherapy and monitoring for possible adverse effect following the injection.

By the end of this year it expects to link with 70 domestic hospitals so physicians could be fully prepared for treating eligible patients with the therapy. 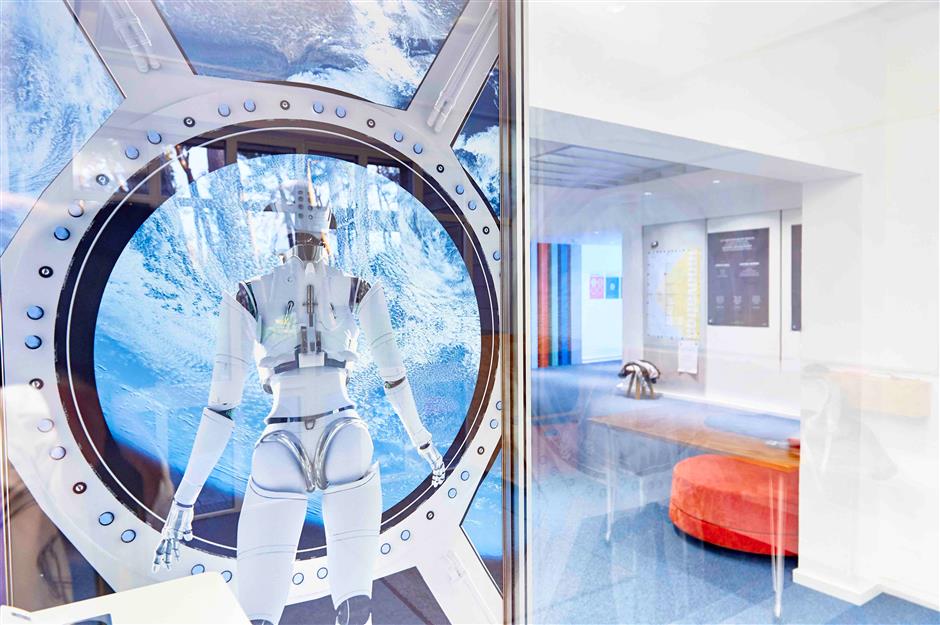 Boehringer Ingelheim has set up a digital lab and a joint innovation incubation center in Shanghai to tap into booming innovation in the city.

The German company is the first to set up a contract manufacturing site under the new market authorization plan which allows startups to outsource production to eligible third parties without setting up their own production lines.

Last year, it successfully provided a local biopharmaceutical company with commercial biomedicines, the first of its kind in China.

Felix Gutsche, president and CEO of Boehringer Ingelheim China, praised the IBIWS initiative, saying that it contributes to Shanghai's ambition to build a science and technology center with global influence.

"We are encouraged by Shanghai's new strategic plan to boost the biopharma industry, and Shanghai's pharmaceutical industrial layout and innovative policies have solidified the foundation for our business in China and also strengthened our confidence to continue investing in Shanghai and China," he said.