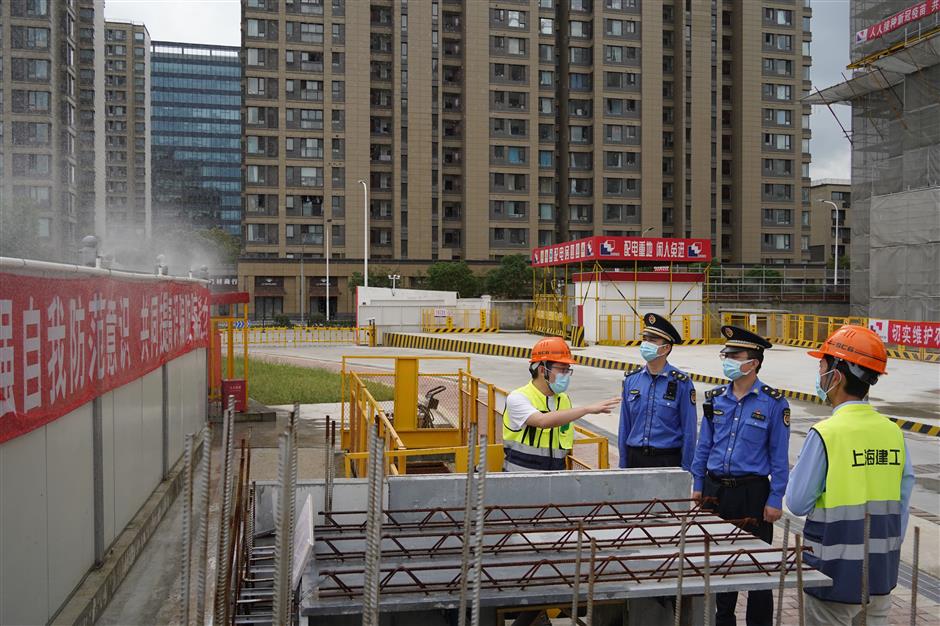 A supreme city environment is promised by Shanghai's urban management and law enforcement authorities as the city moves into top gear for the upcoming 4th China International Import Expo.

Blanket inspections have been conducted targeting outdoor advertising boards, screens and rooftop signboards across the city in preparation for the event and 8,123 problems were spotted, according to the Shanghai Urban Management and Law Enforcement Bureau.

So far, 6,840, or 84 percent, of these irregularities have been fixed and the rest will be rectified before the CIIE opens.

"The improvement of environment near the venue of CIIE is the key task," said Ding Peihai, deputy head of the Xujing Town Urban Management and Law Enforcement team.

Nearly 700 advertising signboards improperly set up have been dismantled in Xujing Town this year.

The town is where the venue of the expo, the National Exhibition and Convention Center (Shanghai), is located. 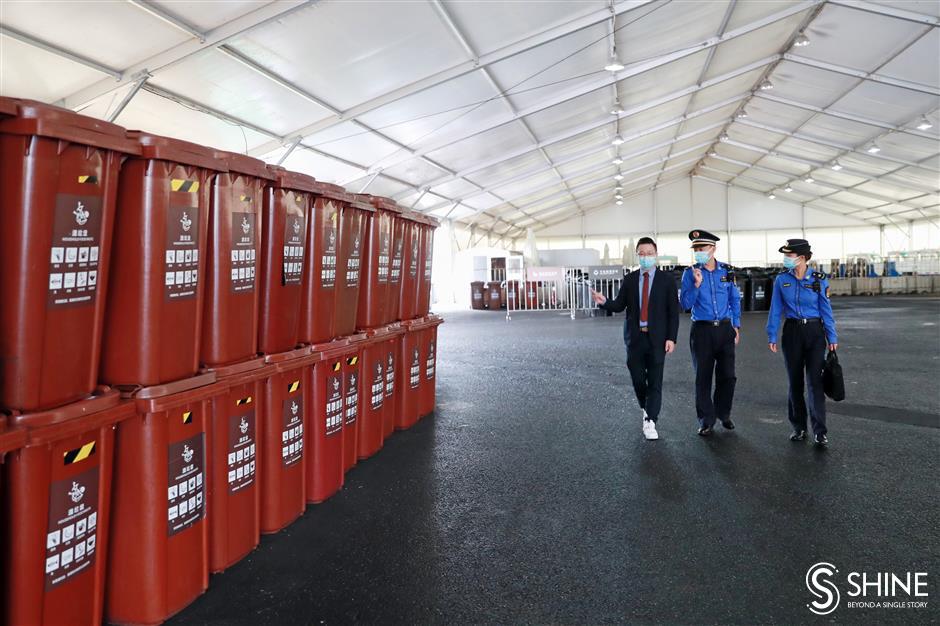 A total of 15,000 square meters of blocks have been embellished and 746 streetside businesses have been inspected to eliminate safety hazards and improve the environment.

Irregularities such as business operations beyond allowed space and improper signboards have been stamped out.

Patrols are being conducted at relevant stations of Metro Lines 2 and 17, targeting the parking of shared bikes and non-motor vehicles.

The key areas of management have been expanded to 10 square kilometers involving Panlong Road and Songze Avenue. 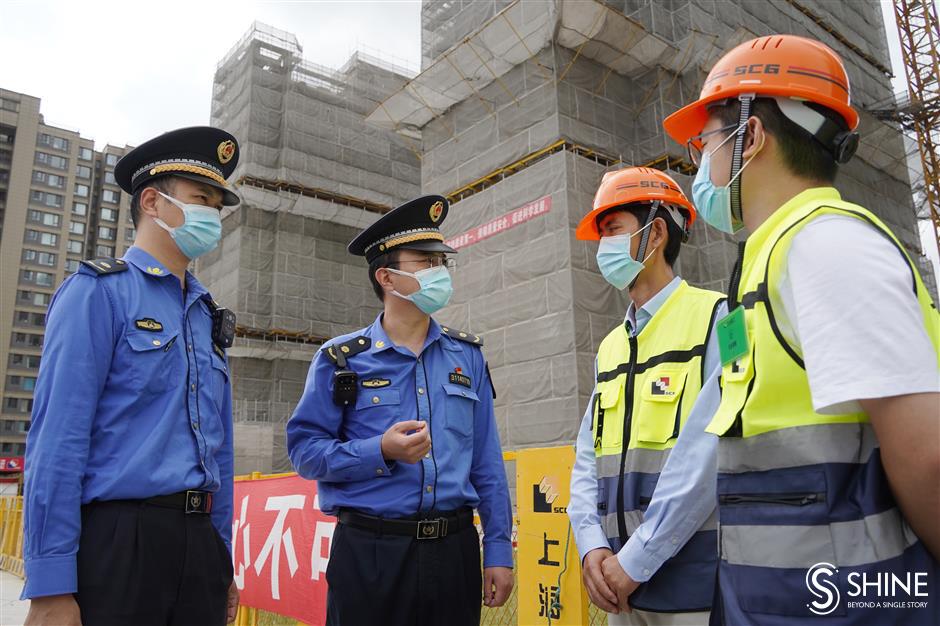 Areas near the National Exhibition and Convention Center (Shanghai), the Bailian Outlets Plaza in Qingpu and Zhujiajiao watertown are key targets of inspection. 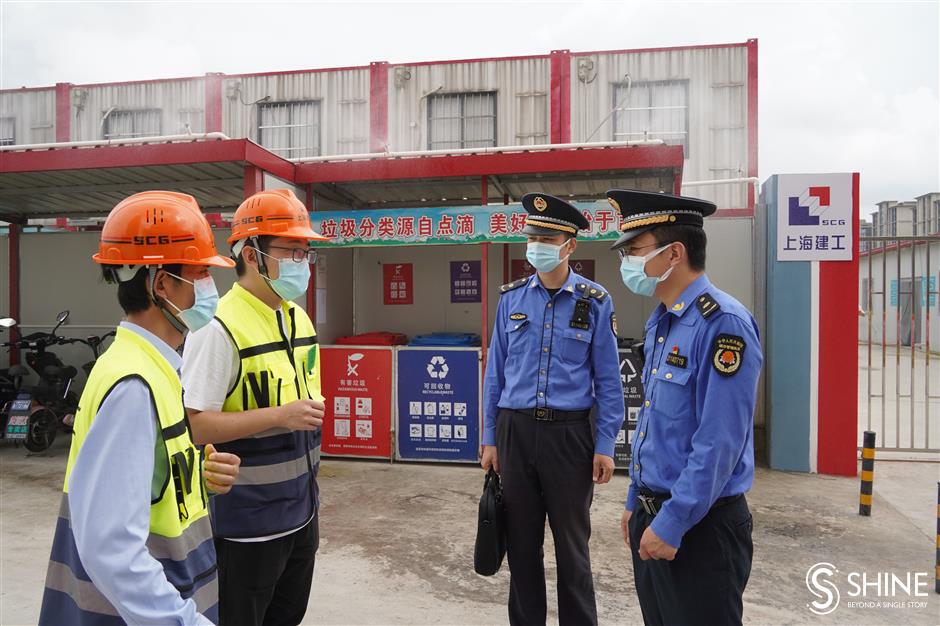 Shanghai has also stepped up cooperation with neighboring Kunshan and Taicang cities to conduct cross-region law enforcement over the disposal of construction waste.

Regular and constant monitoring is conducted on vehicles carrying construction waste and construction sites at border areas of these cities to create a sound ecological environment in the Yangtze River Delta region.

The rectification is closely monitored by officials.

An intelligent approach has been imposed, focusing on 200,000 streetside businesses, 13,000 residential communities and 4,061 construction sites citywide. Distribution of flyers is regulated.