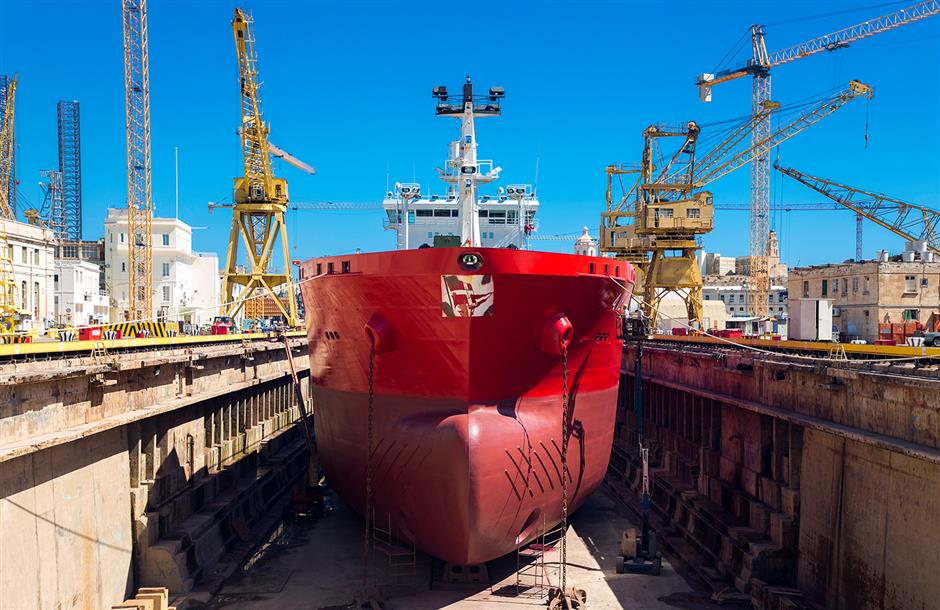 From 1975 to 1980, about 800 Chinese engineers and technical workers participated in the construction of the 300,000-ton No. 6 Dry Dock in Valletta, the Maltese capital.

In 1971, when the General Assembly of the United Nations discussed No. 2758 Resolution, Malta was about the only European country to cast a vote against the "Restoration of the lawful rights of the People's Republic of China in the United Nations."

But less than 100 days after the adoption of the resolution, Malta did an about-turn in its attitude to China, after making an astute assessment of the international situation.

On January 31, 1972, Malta established diplomatic relations with the People's Republic of China.

In April that year, when Prime Minister Dom Mintoff led a delegation on a visit to China, he was overwhelmed when he was greeted by Premier Zhou Enlai at the airport.

At a sumptuous state banquet held in honor of the delegation, Mintoff expressed, repeatedly, his appreciation of the invitation and the warm reception, and his congratulations on the restoration of the lawful rights of China as a permanent member of the UN. He also reiterated his support for one China.

During his visit, Mintoff also brought up an agreement between Malta and the United Kingdom, according to which the British military base in Malta will be closed down, and gone would be the revenue from the lease of the base.Some people would lose their jobs, face financial difficulties, and the government would be in a similarly awkward predicament.

An unexpected opportunity presented itself, in the form of Arab oil.

The rich resources of petroleum discovered in the Middle East would lead to Western powers competing to invest in oil exploration.

The oil then had to be shipped to Europe and America, resulting in a surge in the traffic of large tankers and cargo ships plying the Mediterranean routes. 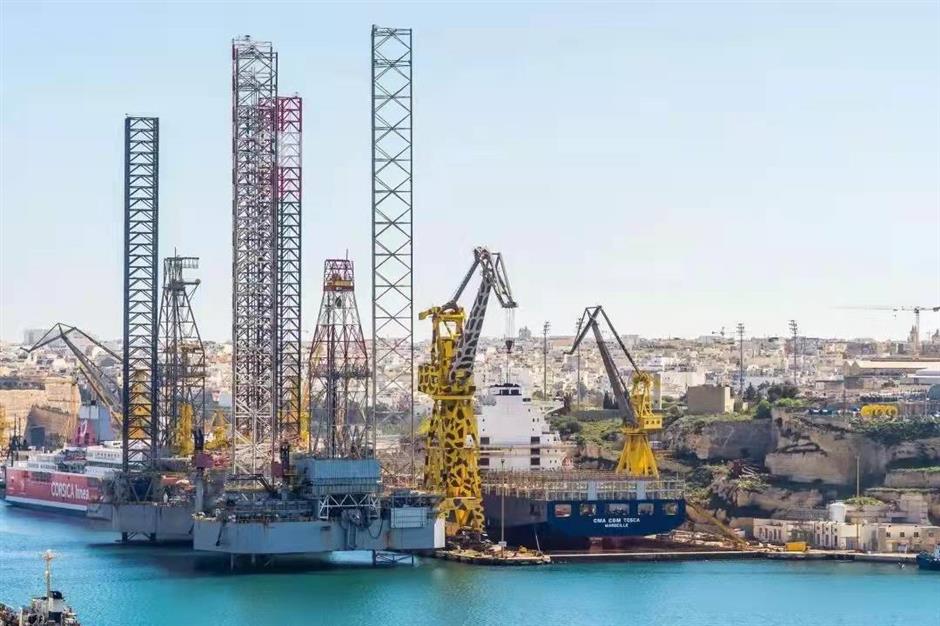 Forty years after its completion, the No. 6 Dry Dock, known affectionately in Malta as the Red China Dock, remains the largest of its kind in the Mediterranean region.

This development represented an epic opportunity for Malta.

The small Mediterranean state was planning to build a 300,000-ton dry dock to handle the maintenance and repair of large tankers and cargo ships.

As the first prime minister, Mintoff was eager to achieve something substantial. He had approached a number of Western countries for support, to no avail. Therefore, he turned to China.

Although at that time China itself was in considerable economic difficulties, it had much sympathy for Malta, a country that had suffered long years of colonial rule at the hands of Western powers.

As a result China decided to extend a long-term, interest-free loan of 100 million yuan (US$15 million), and agreed to undertake the construction of the dock.

The same spirit of goodwill, laid down by first-generation leaders from both countries, has been carried forward by later generations.

The help given by China has been reciprocated, as evidenced in the wholehearted assistance the Maltese government and people provided in the evacuation of Chinese nationals from Libya in 2011.

To facilitate the evacuation, after receiving relevant requests from China, the Maltese government dispensed with all unnecessary formalities to effect the speedy and smooth withdrawal of about 5,000 Chinese nationals from Libya via Malta.

Malta was also among the first European countries to respond, by offering condolences and donations, to the Wenchuan earthquake in 2008, the Yushu earthquake in 2010, and the COVID-19 pandemic in Wuhan in 2020.

Malta is a founding member of the Asian Infrastructure Investment Bank, and signed a memorandum with China on the Belt and Road Initiative in 2018. 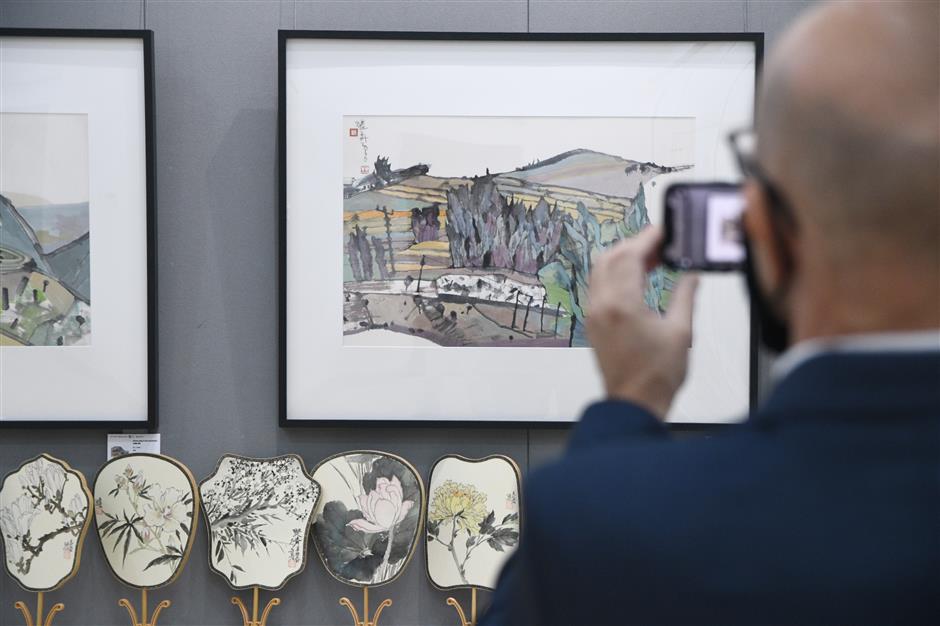 From 1975 to 1980, about 800 Chinese engineers and technical workers participated in the construction of the 300,000-ton No. 6 Dry Dock in Valletta, the Maltese capital.

Chinese workers were also engaged in the construction of a groyne about 1,000 meters long and 26 meters wide, in Marsaxlokk Bay, from August 1981 to July 1986. These involvements marked the first Sino-Maltese cooperation in infrastructure.

Forty years after its completion, the No. 6 Dry Dock, known affectionately in Malta as the Red China Dock, remains the largest of its kind in the Mediterranean region.

During the six years in the construction of the dock, two Chinese workers died after succumbing, respectively, to an accident and illness associated with overwork.

Although the dock has since been privatized, a plaque inscribed with "The People's Republic of China" at the site continues to pay tribute to the memory of Chinese aid workers.

According to local sources, in 2014, an average Maltese household would suffer nearly ten hours in power outage annually, with its electricity the third most expensive in Europe. 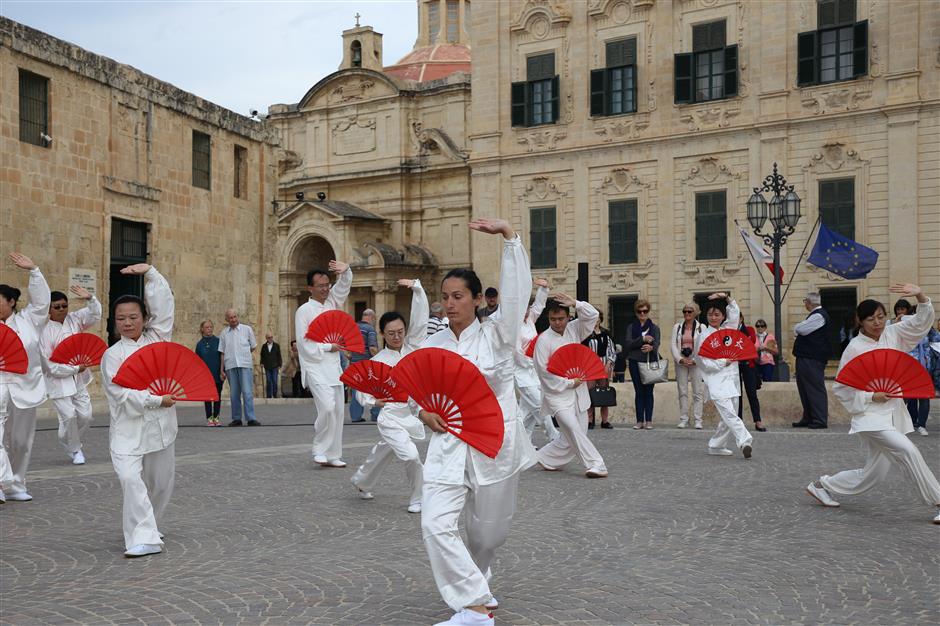 In the past local electricity, chiefly produced by diesel, was of low efficiency and heavily polluting. In the beautiful village of Marsaxlokk even the lemons near the beach were stained with sooty spots.

SEP Malta's renovation of the power station restored the seaside scenery to its pristine state.

Power is now cleaner, and cheaper by 25 percent for Maltese consumers.

Increased reliability of power supply was one factor in making Malta one of the most attractive destinations for outside investment, with its sovereignty rating upgraded to A+.

Of course, cooperation between China and Malta has not been restricted to infrastructure alone.

As early as 1997, with all construction materials sourced from China, the city of Suzhou, which is known for its Chinese landscaped garden, helped build Jingyuan Garden in Malta. This is typical of a Suzhou garden, complete with bronze statue, pavilion and fountain.

The statue of Hua Tuo in another Chinese garden, Heyuan, hints at another sphere of cooperation, that of Traditional Chinese Medicine. Hua was a Chinese physician and surgeon best known for his surgical operations and the use of a herbal anesthetic made from hemp, about 1,800 years ago. 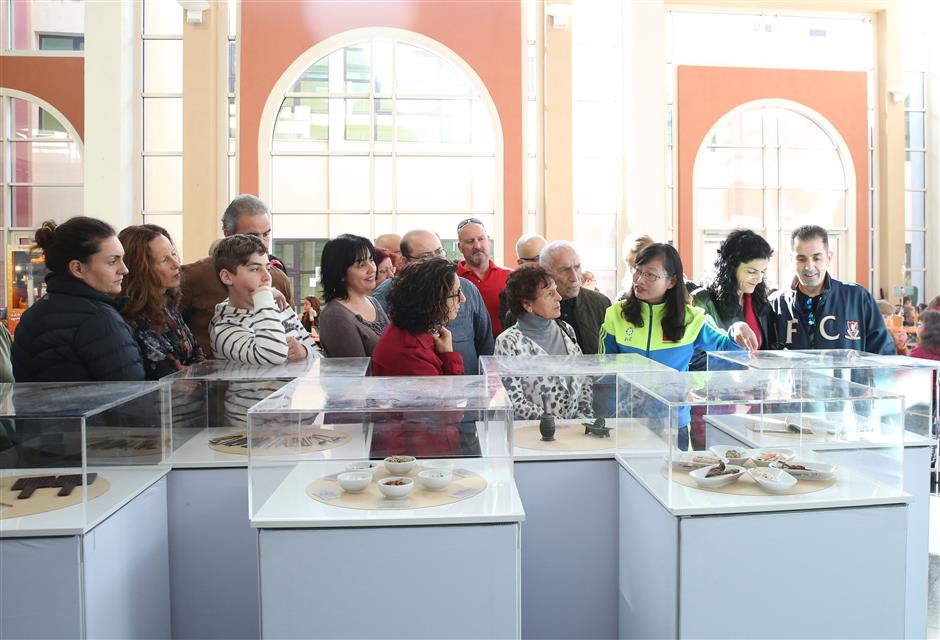 For decades, the many expert TCM teams sent from China have gone a long way in making TCM more acceptable to Maltese citizens.

In 2003, relevant Maltese authority extended the use of TCM from formerly physical therapy, to TCM-based medicine, becoming the first among EU countries to launch TCM department at state hospitals.

In May 2015, Shanghai University of TCM signed a protocol with the University of Malta to sponsor a MA program in TCM and Chinese cultures.

In one sense, for the past 50 years, the good bilateral relationship between China and Malta, so different in their sizes, is revealing about Chinese diplomacy, as conducted in reference to the principle of democracy and equality, regardless of size, relative prosperity, and strength of the countries in question.

The author is a researcher at Shanghai Academy of Social Sciences and head of the Institute of International Relations. Wan Lixin translated the article.