Neighbors band together to donate food to locked-down uni students 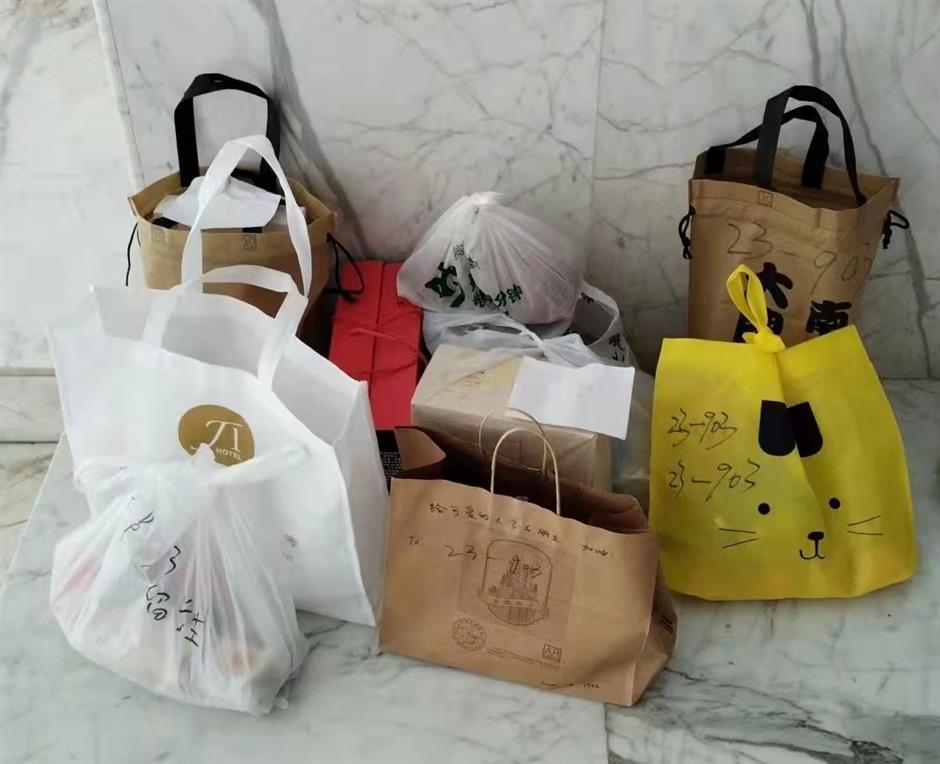 Neighbors donate a pile of food to Norman Dong and his roommates.

Norman Dong, a senior student at Shanghai New York University, is grateful to his neighbors who have been donating food during the lockdown of the community due to the resurgence of COVID-19 in Shanghai.

Dong and two classmates live in a rented apartment in Yujingyuan compound in Huamu Subdistrict of the Pudong New Area.

When the city government announced on March 27 it would impose a staggered lockdown in Pudong and Puxi between March 28 and April 5, they found the food in their refrigerator may not be enough. They scrambled to order food online but found it pretty difficult.

Dong then contacted his mother, Monica, who is a Chinese-American in Chicago, to see if she could help them.

"She entered a lot of groups on WeChat. I'm not exactly sure how she did it, but she managed to find someone in our neighborhood who was willing to help me and my roommates," he said.

"And what happened was she gathered some people here in the neighborhood and they pulled together a list of items people could donate to us. And by the end of the day, they had amassed about an entire fridge's worth of food for me and my roommates." 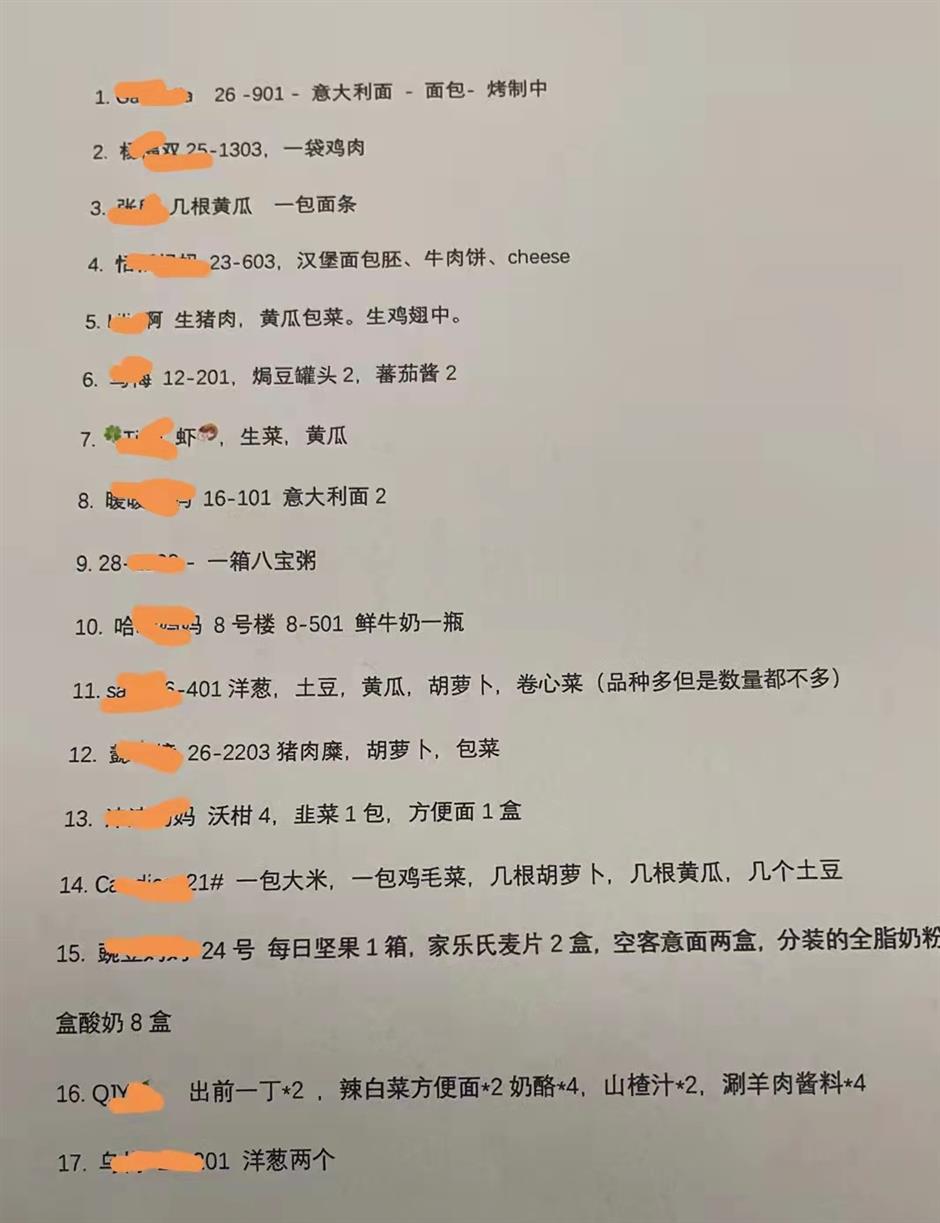 Monica told Shanghai Daily that she has been living in the US for about 30 years and was unfamiliar with the online shopping platforms in China.

But she saw parents of other NYU Shanghai students in a WeChat group talking about the necessity to help international students under lockdown and sharing information about how to buy food online.

"I tried all the popular online stores but failed," she said. "I did succeed in placing orders on some smaller platforms on March 28 but they haven't received the deliveries yet. So I was worried."

Later, one mother helped her get connected with Gabriella Chen, a resident in the compound where her son lives.

"She introduced me to several WeChat groups for residents in the compound," she said. "In one group, I saw people talking about donating food to those in need, so I said I need food for my son and his classmates living there, their refrigerator is empty now.

"The group leader then asked me the room number of my son and built up a list of possible donors. That night, they donated several bags of food to Norman and the government supply also arrived later. So their refrigerator became full immediately."

"They gave us a lot more than what was expected and what we needed," he said. "I'm incredibly thankful for all of them. It feels so nice."

He said the lockdown of the community has been extended because it reported a positive case from nucleic acid testing and the neighbors are still giving food to them.

Dong tried to give something in return but the neighbors refused and told them to take care of themselves.

Monica said both she and her husband came from China and sent their son to study in NYU Shanghai to build up a bond between him and China.

"He can speak Chinese, but he didn't communicate much with the neighbors because there might be some cultural barriers," she said. "The neighbors in the community are so obliging. I think this experience really made him part of the community in Shanghai." 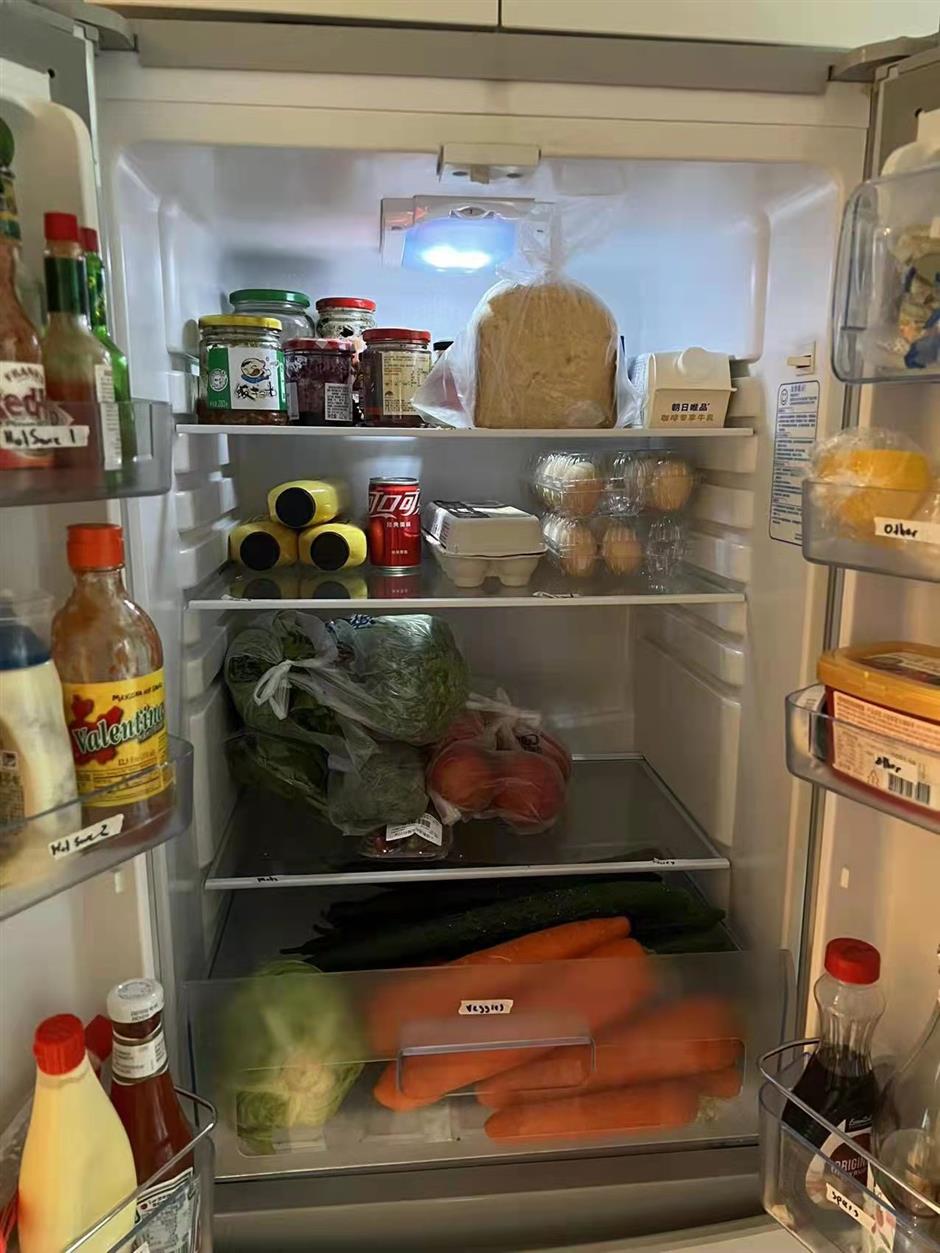 Dong and his roommates now have plenty of food at home.

Gabriella Chen said she had noticed Dong and his roommates when she volunteered during the nucleic acid tests but didn't know about their difficulties.

"We actually have a lot of WeChat groups about how to overcome difficulties during the lockdown, including some group-buying channels, but they didn't know," she said. "Maybe it's because they were too shy to ask.

"I understand their dilemma because my husband is also a foreigner and if I were not at home, he and our children would in the same situation. So I'm glad to help them when Norman's mother contacted me."

Chen said the neighbors acted very quickly to get to know what they had and what the students needed.

Then a security guard collected the items from the donating families and delivered them. Chen also donated some bread to Dong and his roommates.

"I was baking bread for my children so I made some more for them," she said.

Chen said she now also shares all information with them and Monica, including policies and online shopping.

"I also told them not to be embarrassed to ask for help when they need," she said. "Actually, there are about 2,000 families in the community and everybody is ready to help others during this difficult time."

According to Chen, there is a food bank in the lobby of her building, where people leave surplus food and pick up what they need.

"Norman and his roommates are also great as they keep asking what they can do for the community," she said. "I feel the community is growing warmer than before." 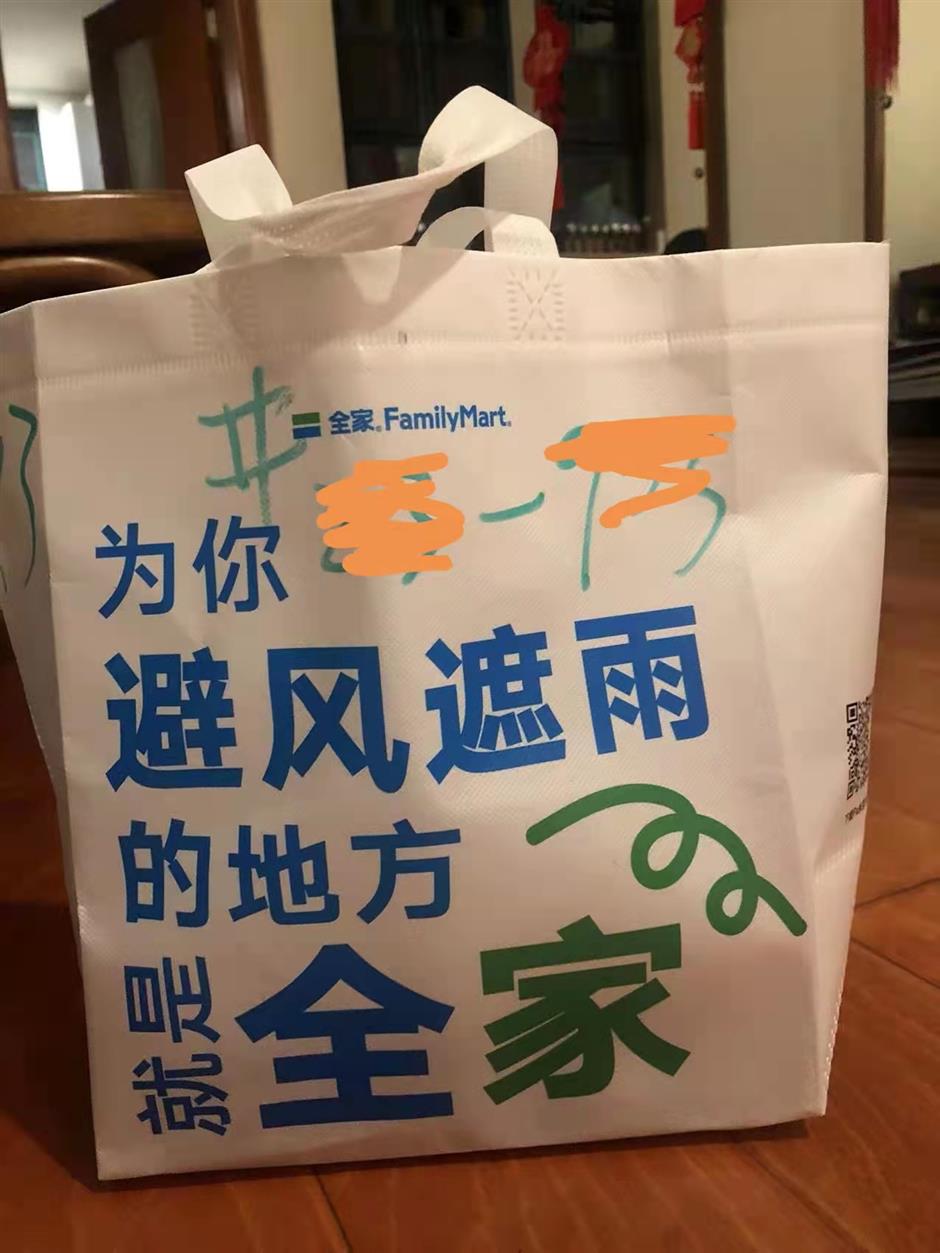