A photo of three young medical workers taken more than 70 years ago, during the War to Resist US Aggression and Aid Korea (1950-1953), has reminded two COVID-19 patients of their shared history.

When Ye Ming, 108, was discharged from Shanghai Pudong Hospital at 11am on May 14, he became the oldest person in China to be released after recovering from COVID-19. 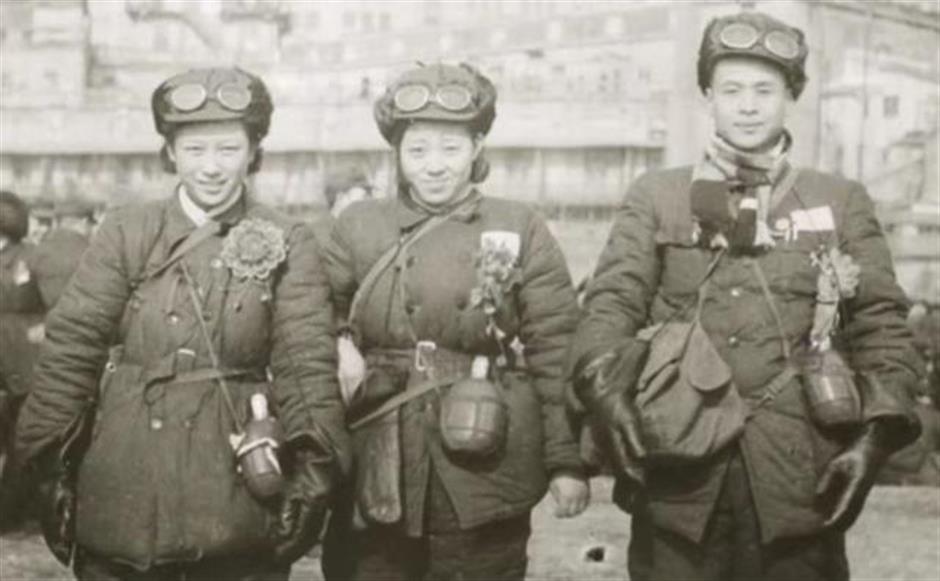 The photo of Wang Manru (left) and Ye Ming (right) taken over 70 years ago.

As an anaesthetist at Shanghai No. 3 People's Hospital, which then became Shanghai East Hospital, he procured medical supplies for guerrillas to help fight the Japanese invaders. Later, he went to Korea as part of a medical team.

And late in his life he has had to battle COVID-19.

He was in a coma when hospitalized, had a medical history of cerebral infarction and coronary heart disease. Prior to this he had already been confined to bed for a long time, thus was very weak. After expert consultation, he was transferred to the intensive care unit (ICU) immediately.

Considering his old age, Dr Zhong Ming from Zhongshan Hospital and other experts decided to use high-flow nasal cannula (HFNC) instead of intubation, even though HFNC requires intensive nursing.

Ye met the criteria for discharge, and returned home on May 14. 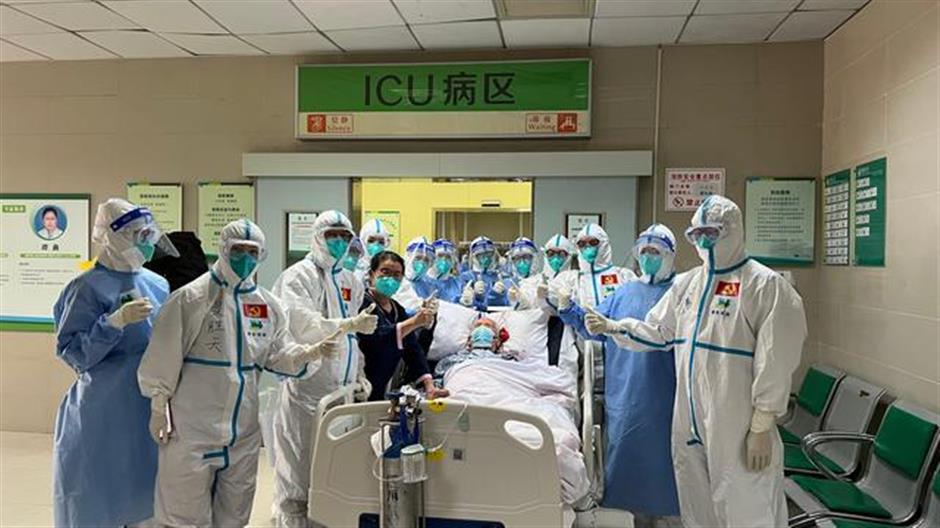 Ye Ming is discharged from Shanghai Pudong Hospital on May 14.

What a coincidence that 94-year-old veteran Wang Manru, Ye's comrade in arms during the War to Resist US Aggression and Aid Korea, also had to fight COVID-19.

She was confirmed as being infected on April 22, and then transferred to Lingang Makeshift Hospital the next day. She was discharged from the hospital after a week's treatment.

Wang became a nurse at the precursor of Shanghai No. 3 People's Hospital at 17. She remembered Ye well because they were both member of the first medical team from their hospital in 1950 to be sent to help fight the US aggressors in Korea. 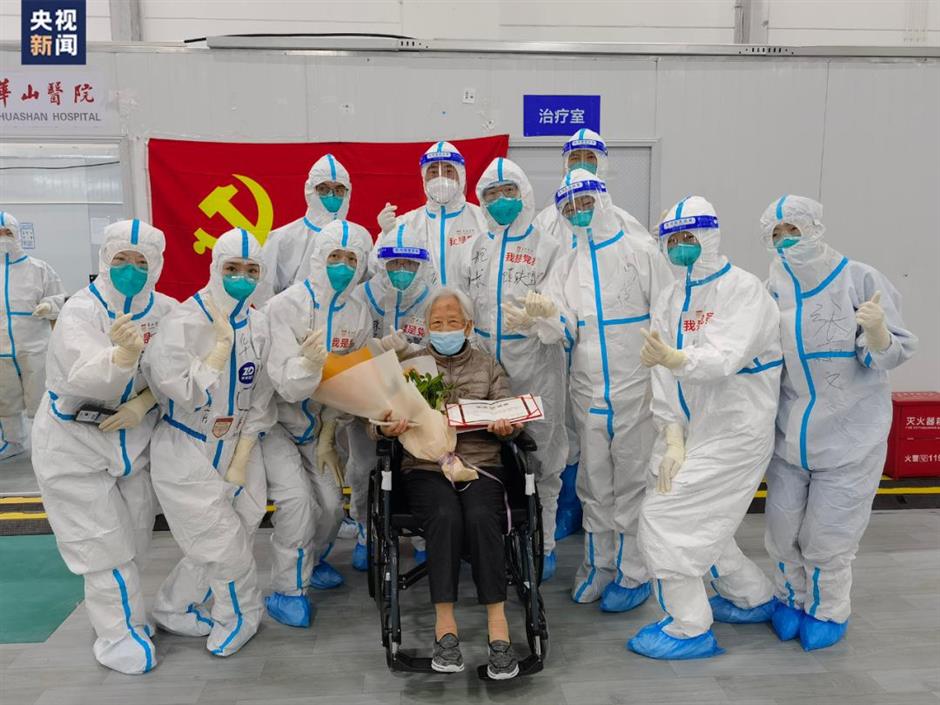 Wang Manru is discharged from Lingang makeshift hospital on April 30.

Jiefang Daily published a photo featuring her on September 1, 1951. She clearly remembers that the photo shows her reading a book for a wounded soldier, who had lost a leg, an arm and an ear in a battle.

When she was discharged from the makeshift hospital on April 30, there was a special ceremony at which two veteran soldiers were arranged to salute her before offering flowers.

"Thank you for your painstaking care these days," Wang said gratefully to the medical staff.