Zhangjiang to upgrade its scientific platform SSRF with 5 new beamlines 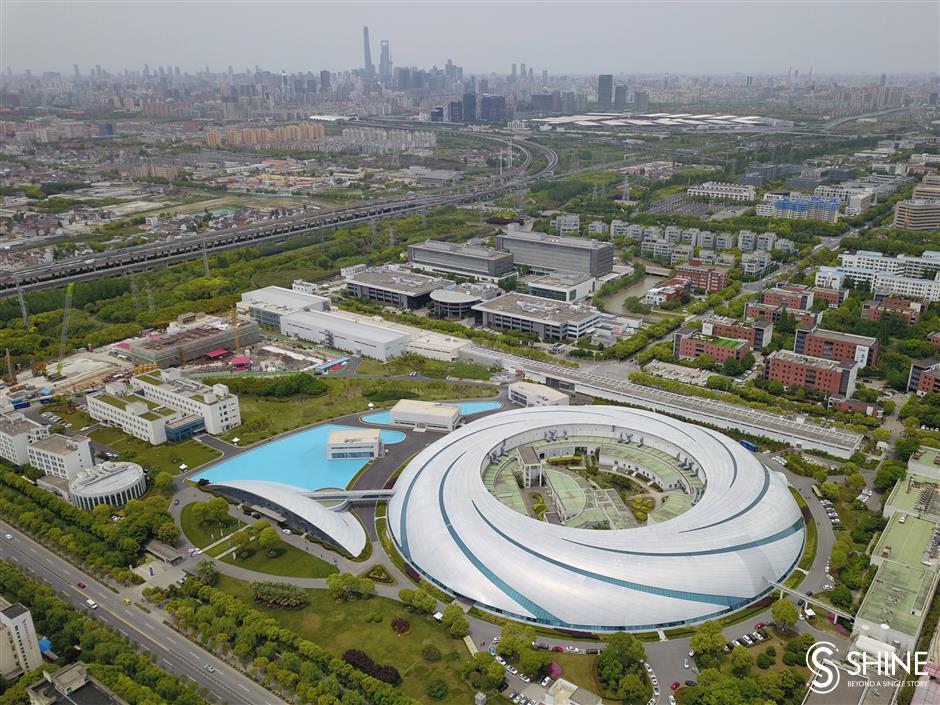 The Shanghai Synchrotron Radiation Facility in the Zhangjiang Science City.

The Shanghai Synchrotron Radiation Facility (SSRF) will be able to serve a larger number of users with the addition of five new beamlines next year.

Known as the Shanghai Light Source, the facility is like a super X-ray machine and a super microscope combined that allows researchers to determine the structure of a virus, protein, or even an atom.

It houses different beamlines where X-ray beams that are hundreds of millions of times brighter than normal X-rays are exposed to materials being studied.

With the new beamlines, the SSRF will be eyeing more scientific achievements in the future.

The SSRF, in operation since 2009, has been instrumental in many breakthroughs, including insights into fatal diseases such as H1N1 swine flu, repairing valuable antiques at the Palace Museum in Beijing, and inventing new materials used in high-speed trains.

Li Ruxin, an academician with the Chinese Academy of Sciences, was full of praise for the state-of-the-art facility and its use in drug development.

"Using the SSRF to analyze molecular structures, the NASDAQ-listed BeiGene developed the Brukinsa (zanubrutinib) capsules, the first domestically-developed anti-cancer drug approved for marketing in the US," said Li, who is involved in building Zhangjiang's photon facilities. 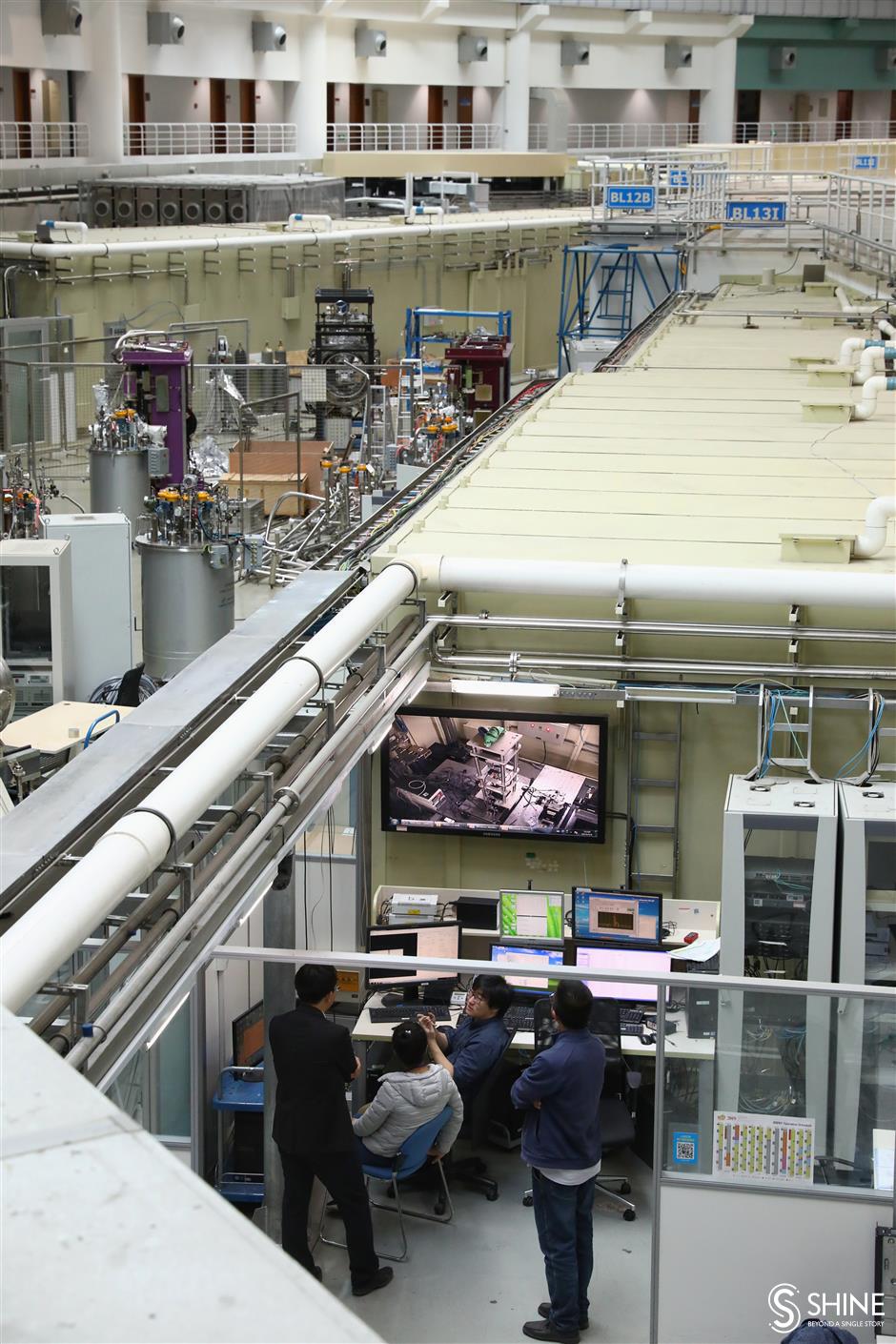 Researchers at the Shanghai Synchrotron Radiation Facility in Zhangjiang.

The capsules are used to treat adult patients with mantle cell lymphoma.

There are currently 27 beamlines in use serving over 30,000 users. But it is not enough, Li stressed.

"There are so many people waiting to use the facility," he said. "With the addition of five more beamlines next year, the total will be 32. The facility can welcome more people."

Li said 2016 was a watershed moment in Zhangjiang's development when the National Development and Reform Commission and the Ministry of Science and Technology gave the nod to Zhangjiang to create a national comprehensive science center.

"Before 2016, there was only SSRF. But over the past five years, many others have popped up," he said, citing SULF as an example. 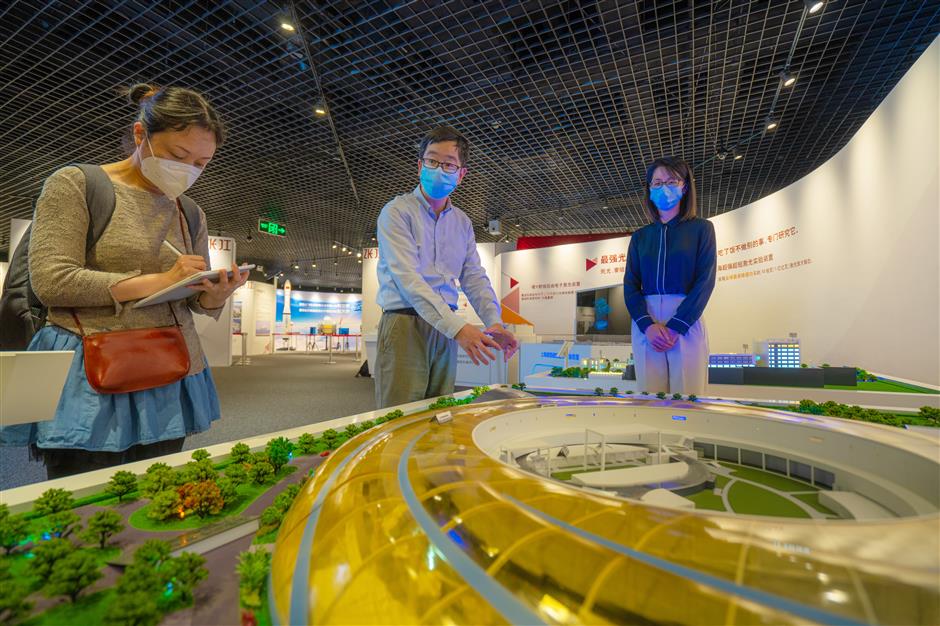 Commonly known as the Xihe laser facility, which is named after the Chinese sun goddess, it is capable of amplifying and outputting more than 10-petawatt lasers. One petawatt equals 1 quadrillion watts, which is about 50,000 times the planet's total power consumption.

Xihe No.2, which will be 10 times more powerful than the current one, is under construction. It is expected to be completed by 2025, Li said.

"In 2011 or 2012, the European Union started building similar facilities like Xihe. At that time, China had no such plans. In 2016, Shanghai launched a similar project," Li revealed, comparing China's progress as going from "a chaser" to "a peer," and now "a leader" in the field.

Zhangjiang is known as China's answer to Silicon Valley. It is a key part of the city's plan to become a global center for innovation.

Currently, 14 of China's science infrastructure facilities have been built or are being built in Shanghai, making the city a leader in the field. Eight of them are in Zhangjiang. 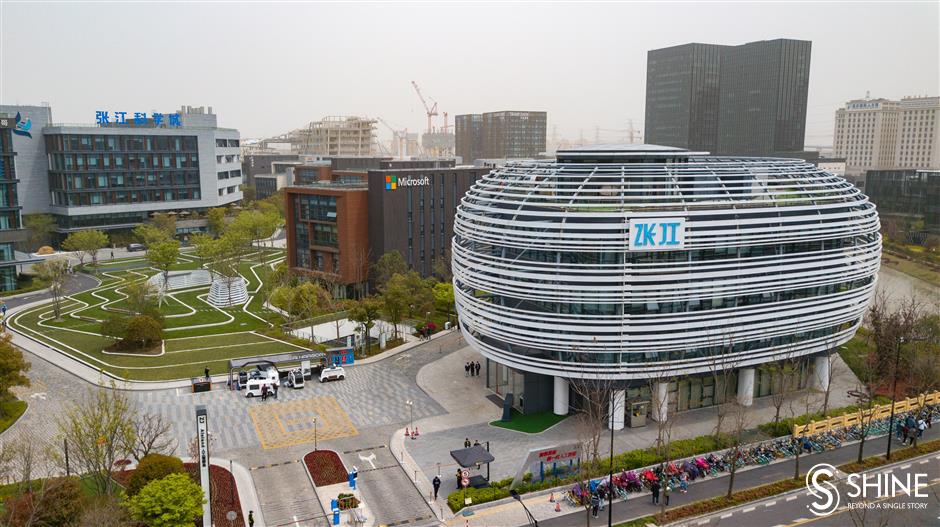 The science city, covering an area of nearly 94 square kilometers – nearly the size of the city of Paris – has created a vibrant innovation ecosystem formed by international talent, major science facilities, key universities and research institutes.

Statistics show that it is home to more than 20,000 enterprises, including 66 regional headquarters of multinational companies and 179 foreign-run R&D centers.

A rich talent pool is also taking shape in Zhangjiang. It boasts 499,000 workers, with over 16 percent of them holding a master's degree or above. In an effort to attract more international talent, it has simplified and streamlined the process to help expats get a permanent residence permit.