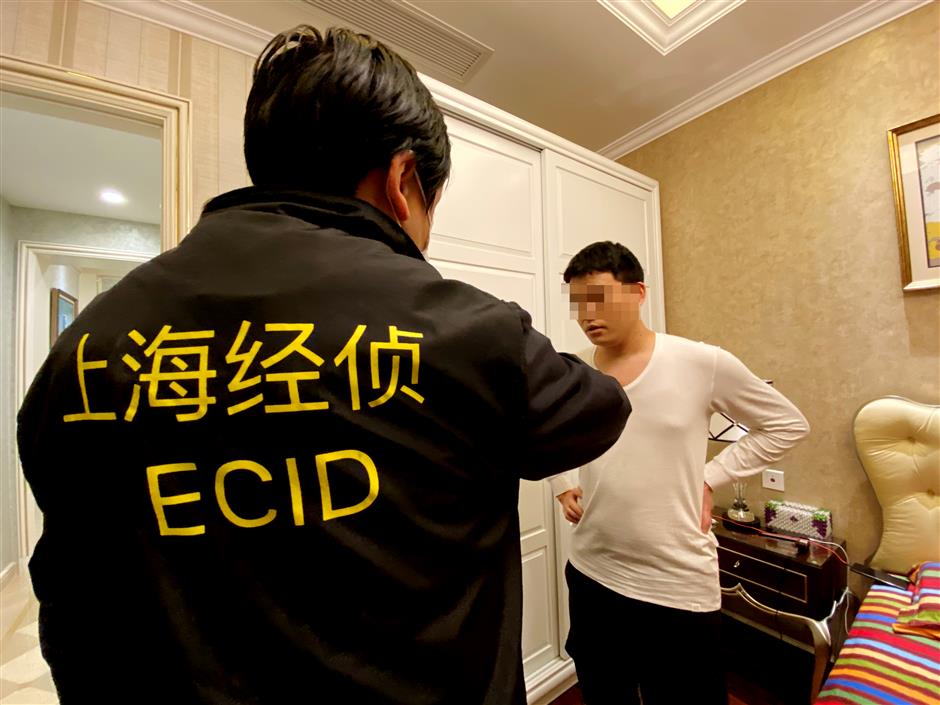 A suspected fraudster is confronted by police.

Over 50 suspects have been caught for alleged tax fraud involving the sales of mobile phones without proper invoices, Shanghai police said on Thursday.

The suspects allegedly sold the phones at bargain prices and then issued the invoices to companies which used them to evade taxes, police said.

Police said they started their investigation in October last year when they discovered that certain mobile phone dealers, including many in wholesale malls selling electronic devices, were engaged in such practices.

“The phones were being sold at competitive prices, so shops which were selling at market prices were almost driven out of business,” said Xu Xiang, an official with the city's economic crime police.

The customers, including wholesalers and retail customers, were told that their phones if broken could be repaired at authorized shops without invoices, which is true in many cases, Xu said.

Instead of issuing invoices to their customers after striking deals, the suspects allegedly issued them to various companies which were in need of fake invoices to offset their income so as to evade taxes.

While the phones were sold at 2 to 3 percent below market prices, the companies which purchased the invoices from the suspects were charged 5 percent of their face value, allowing the suspects to profit through the scheme, Xu said.

The suspects were apprehended in Shanghai, Chongqing and Zhejiang Province, and by April 13, over 170 companies in Shanghai had been found to have purchased their invoices, with over 250 million yuan (US$35 million) in tax revenue lost to the government, according to the police.

Police said they’re investigating other companies involved in the fraud and will continue cracking down on such cases.