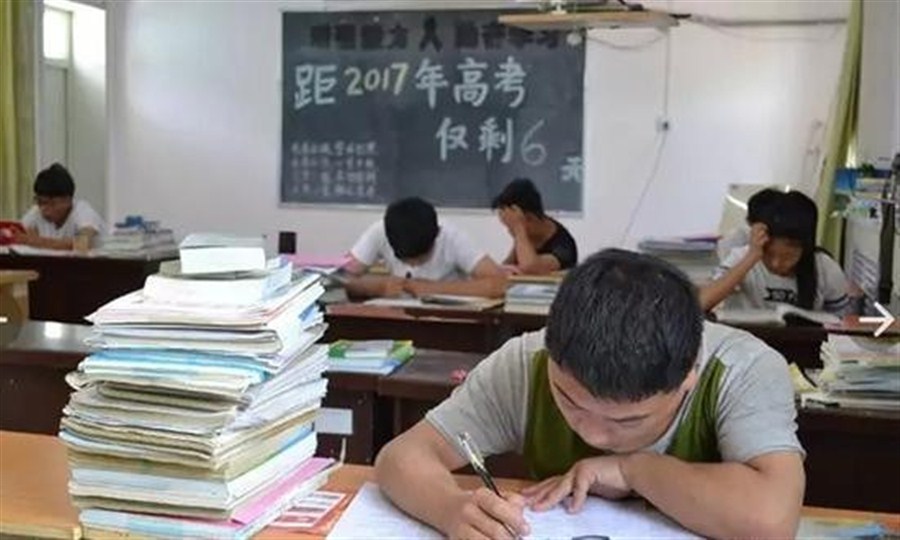 The school, Linfen Red Ribbon School, so far is the only one in China providing education to children who HIV-positive. This June 16 graduates will take their college entrance examination in a standard exam site set in their own school after Linfen City's education authorities issued an approval.

According to Guo Xiaoping, 55, the president of Linfen Red Ribbon, he proposed a special exam site for his students for fear of the discrimination against them. " Although our society is making progress, it's still unrealistic to say there is no discrimination (against HIV-infected people)," Guo said. "Some students may possibly resist it if they sit the exam in the same classroom with my children."

The 11 boys and 5 girls will sit the exam in two places - one for liberal arts and one for science - at the school during the gaokao in early June. Both rooms have been installed with systems for monitoring and blocking signals as other exam sites. A gaokao simulation has also been given at the school.

"I want go to university and realize my dream," said one of the students in an open letter, "But when gaokao is close at hand, many worries come to me - if I can be enrolled, if the instructors will accept me as normal students and if the other students are willing to study and live with me..."

Linfen Red Ribbon School, established on December 1, 2011, now has 33 HIV-infected students from all around China and provides them free dining, accommodation, clothes and medical care at school as well as education. It used to be an informal classroom in a vacant ward of Linfen Third People's Hospital starting 2004 with Guo as a doctor and the hospital's director.