Everyone feels at home in Deqing 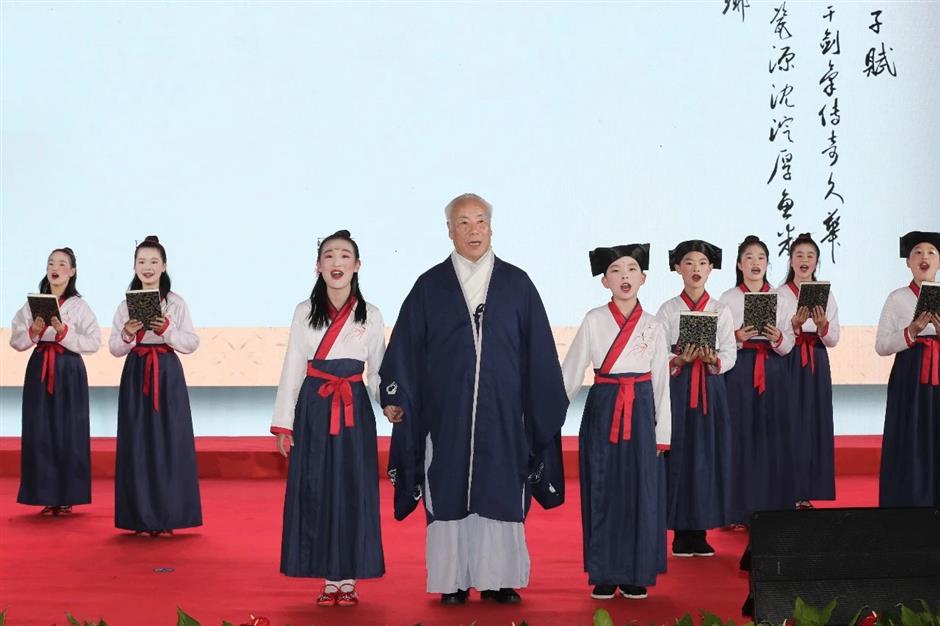 The opening performance of the festival

The festival, first held in 2004, was originally for those who had left their homes to live elsewhere. The county is known for the work of Tang Dynasty poet Meng Jiao, particularly his "Song of the Parting Son."

On December 15, a bamboo forest marathon will be held at Mogan Mountain resort.

A museum devoted to calligrapher Zhao Mengfu (1254-1322) will open on December 18, bringing acolytes and scholars from Japan and South Korea.

On December 29, a concert will feature an orchestra from France and chorus from Gothenburg, Sweden.

During the festival, 120 contracts with a total value of 64 billion yuan (US$9 billion) are expected to be signed, in areas such as eco tourism and IT.