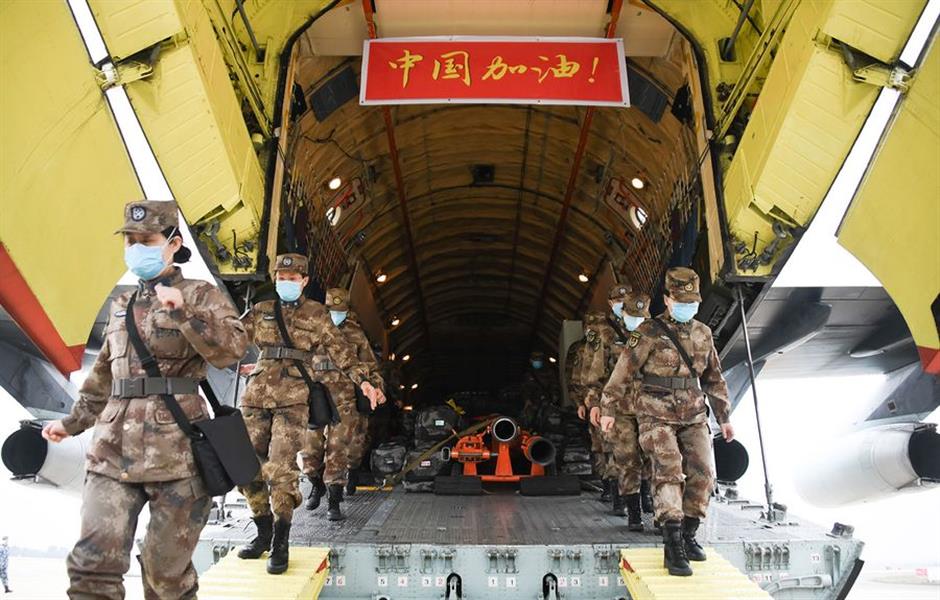 Xi Jinping, chairman of the Central Military Commission (CMC) of the People's Republic of China, has signed an order of commendation to honor all the military personnel undertaking the mission of COVID-19 epidemic prevention and control.

Since the COVID-19 outbreak, the whole military has resolutely carried out the decisions and commands of the Communist Party of China Central Committee and the CMC and shouldered heavy responsibilities, making outstanding contributions to winning the people's war against the epidemic, according to the order.

Party organizations and members at all levels in the troops undertaking the mission have played an exemplary role, and military medics have worked day and night to battle the virus, functioning as a mainstay force in the anti-virus war, the order reads.

Scientific researchers in the military have raced against time in their emergency research efforts to provide strong scientific and technological support for the epidemic prevention and control. Journalists have braved hardships to tell the army's anti-virus stories, boosting the morale and confidence of China and the world, according to the order. 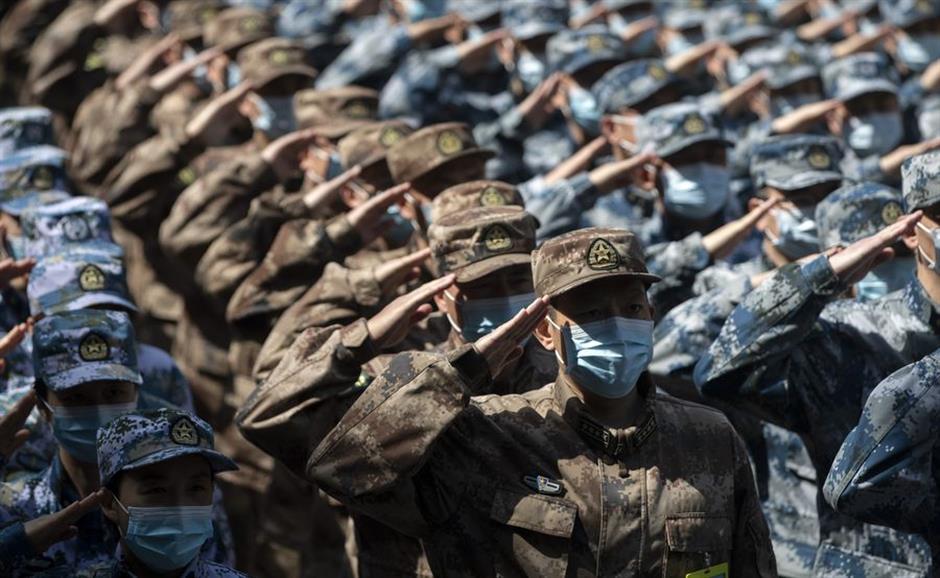 The personnel charged with work coordination, transportation, security, logistics and other tasks have also worked hard to support the epidemic prevention and control efforts, the order reads.

The coronavirus outbreak is a great battle and a major test for the whole armed forces, the order said, noting that all participants of the mission have demonstrated firm confidence and dedication, made great sacrifices and have successfully completed the mission.

Putting people's life and health as the greatest priority, all the honored personnel have implemented the overall principle of shoring up confidence, strengthening unity, ensuring science-based control and treatment and imposing targeted measures.

"They have displayed the dauntless spirit of the Chinese military," the order reads.

The order called on the whole armed forces to learn from the participants of the mission and make further progress in building a powerful military.