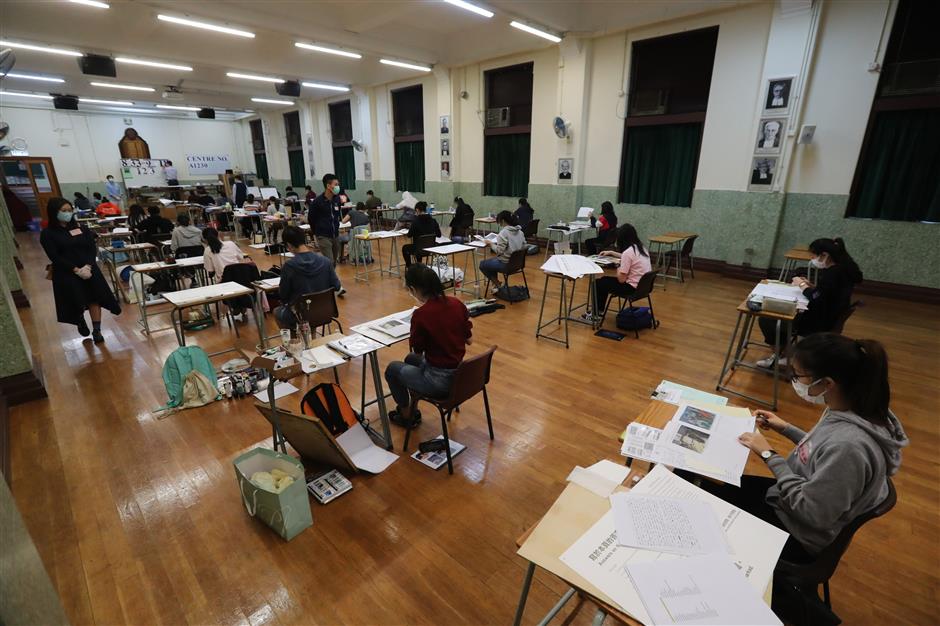 The Hong Kong Special Administrative Region government said on Wednesday it has formulated an initial implementation plan of the class resumption for cross-boundary students, with a pilot run involving about 2,500 secondary school students.

Following its announcement on May 5 that schools in Hong Kong could resume classes by phases in a gradual and orderly manner, the HKSAR government's Education Bureau has formulated an initial implementation plan after discussions between the HKSAR government and various departments of the Shenzhen government on the feasibility of class resumption for CBS, said a spokesman for the EDB.

"There is a considerable number of CBS, totaling 27,000 this school year. When considering whether and how CBS could resume schooling in Hong Kong, while giving due regard to their learning needs, we must take into account health risks posed to the residents of Hong Kong and Shenzhen," said the spokesman.

"A range of issues related to immigration control, epidemic prevention and control policies and transportation arrangement are also involved," he said. "In view of the above considerations, we will explore the feasibility of class resumption by phases, with a pilot run involving about 2,500 CBS enrolled in S3 to S5 in the first phase of class resumption."

The spokesman stressed that exemption from the 14-day compulsory quarantine requirement and class resumption arrangement on a controlled basis should be granted for CBS with the over-riding principle of safety and health of students, teachers and the public in mind.

"Though there are signs of easing of the situation of COVID-19 in Hong Kong, the government will remain vigilant and prudent in our preventive and control measures," he said.