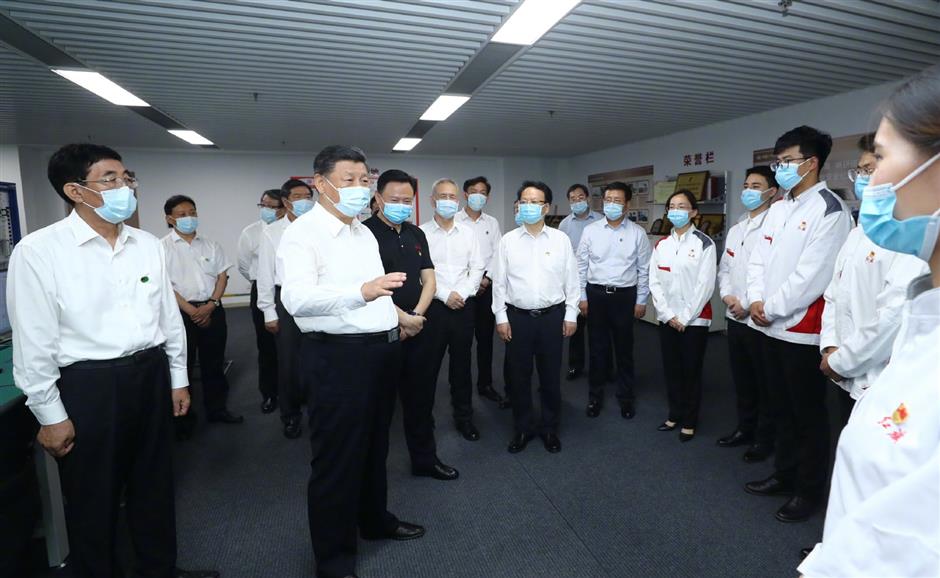 Chinese President Xi Jinping, also general secretary of the Communist Party of China Central Committee and chairman of the Central Military Commission, learns about the reform and development of state-owned enterprises at the R&D headquarters of automaker FAW Group in Changchun, northeast China's Jilin Province, on July 23, 2020.

Xi Jinping, general secretary of the Communist Party of China Central Committee, has said that Party committees and governments at all levels are very concerned about the employment of the country's college graduates and are creating conditions to help them find jobs.

Xi came to a research lab of automaker FAW Group in Changchun City on Thursday afternoon during his inspection tour in northeast China's Jilin Province.

After learning that some of the workers he met at the FAW lab are fresh graduates, Xi chatted with them about their work and income.

Xi noted that due to the COVID-19 epidemic, groups such as college graduates and migrant workers are having difficulties in finding jobs this year, but the Party and governments at all levels are making efforts to create more jobs for them.

The vast number of college graduates were also encouraged to adjust their employment expectations to carve out a space for themselves and dedicate themselves to their work to realize their dreams.