China informs US to close US Consulate General in Chengdu 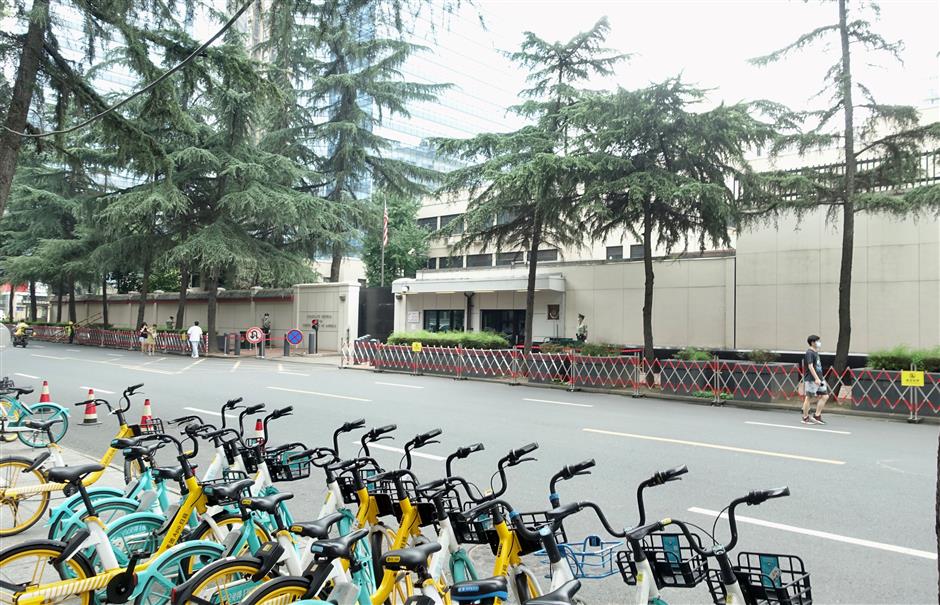 The US Consulate-General in Chengdu, Sichuan Province, in seen on July 24, 2020.

Chinese Foreign Ministry on Friday informed the US Embassy in China of its decision to withdraw its consent for the establishment and operation of the US Consulate General in Chengdu.

The ministry also made specific requirements on the ceasing of all operations and events by the Consulate General, said a statement issued by the ministry.

On July 21, the United States launched a unilateral provocation by abruptly demanding that China close its Consulate General in Houston, the statement said.

"The US move seriously breached international law, the basic norms of international relations, and the terms of the China-US Consular Convention. It gravely harmed China-US relations," said the statement.

"The measure taken by China is a legitimate and necessary response to the unjustified act by the United States. It conforms with international law, the basic norms of international relations, and customary diplomatic practices," said the statement.

"The current situation in China-US relations is not what China desires to see, and the United States is responsible for all this. We once again urge the United States to immediately retract its wrong decision and create necessary conditions for bringing the bilateral relationship back on track," the statement added.